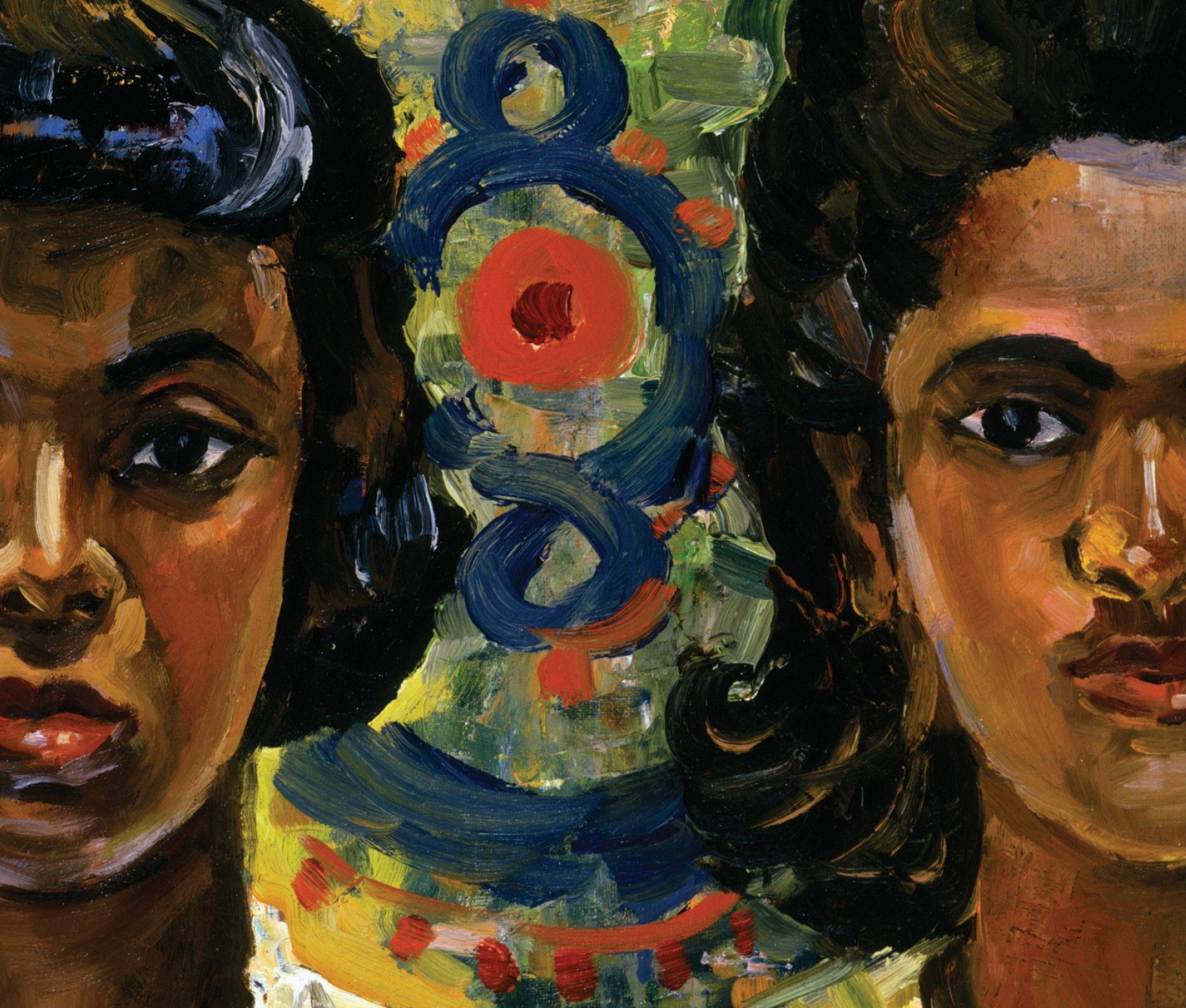 In her 1932 article entitled “The Awakening of Race Consciousness among Black Students,” Afro-Jamaican intellectual Una Marson advanced a theory that Black women in Paris were vanguards for building a global Black community. She expounded, “The women of color living alone in the metropolis, who until the Colonial Exposition were less favored than their male compatriots, who have enjoyed easy successes, felt long before the latter the need for a racial solidarity that would not be merely material. They were thus aroused to race consciousness.” Her meditations were instrumental to the formation of an early Black intellectual movement. Marson and her counterparts in London, Harlem, and cities throughout the Caribbean in the early to mid-twentieth century worked tirelessly to arouse Black internationalist ferment in all corners of the African Diaspora.

Historian Imaobong D. Umoren uncovers Marson’s race for theory in her latest book Race Women Internationalists: Activist-Intellectuals and Global Freedom Struggles. The book offers a detailed look at the peripatetic journeys of Black feminist internationalists Paulette Nardal, Una Marson, and Eslanda Robeson and their ever-changing ideas about Black liberation in the Anglophone and Francophone African Diaspora. Beginning in the 1920s and concluding in the 1960s, this chronological, triple-biography sheds light on the contours of Black feminist internationalism beyond the interwar period.

The book sits at the intersection of three intertwined historiographies. The first is a growing body of literature on Black women’s intellectual traditions from scholars such as Brittney Cooper and Jeanne Theoharis. The second is the individual biographies of these three women written by Delia Jarrett-Macauley (Marson), T Denean Sharpley-Whiting (Nardal), and Barbara Ransby (Robeson). The third is a body of literature on models of Black internationalism from historians such as Keisha N. Blain, Erik S. McDuffie and Lara Putnam. Umoren offers a synthesis of the three genres, carefully charting the movement of people and ideas through the African Diaspora.

Umoren draws on an eclectic archive to tell these women’s stories. The variety of source material is vast— it spans continents and includes published and unpublished newspaper articles, poems, creative fiction, personal papers, plays, and radio segments. Unfortunately, the records were scattered and often classified as missing, destroyed at sea, and sometimes did not exist as part of named collections. The challenges of a dispersed and fragmented archival record show up in each character’s uneven coverage across chapters.

Despite the challenges of working with or reconstructing a Black women’s archive, Umoren advances a twofold argument. First, she asserts that Paulette Nardal, Una Marson, and Eslanda Robeson’s sojourning made possible their participation in the transnational Black public sphere by broadening their social and political networks. Second, Umoren asserts that their travels allowed them to continuously iterate upon interconnected internationalisms— Black, feminist, Christian, anti-fascist, conservative, radical and liberal. Umoren borrows Carol Boyce Davies’ concept of “migratory subjectivities” to weave together the lives and labors of three women whose life work demonstrates the malleability of Black feminist political thought and the changing nature of activist-intellectual projects. Drawing on Antonio Gramsci, Umoren reveals that Nardal, Marson, and Robeson operated as organic intellectuals and theoreticians. Everyday experiences with respectability, travel, faith, and world events shaped their Black womanhood. 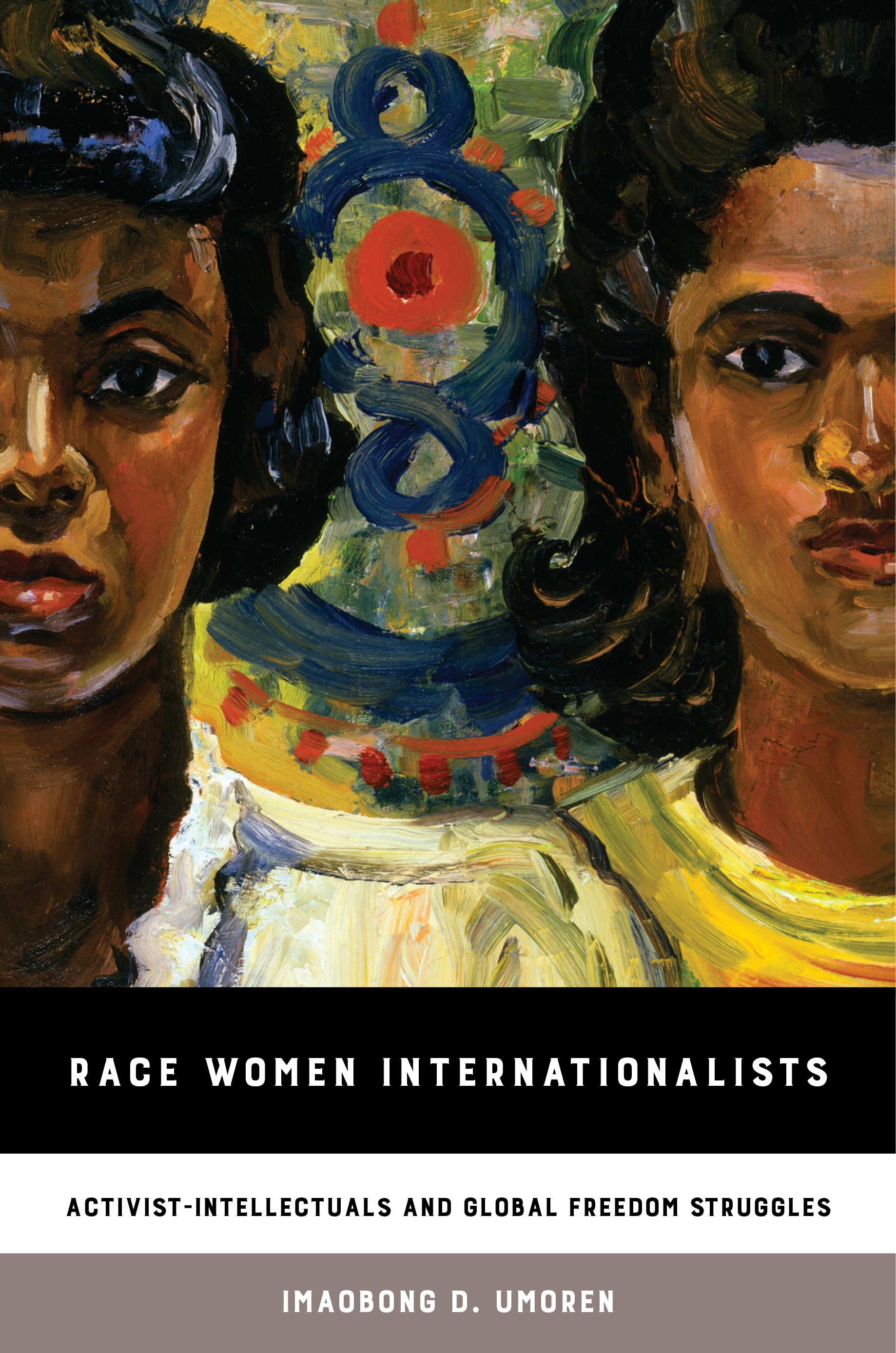 The opening chapter takes us to London and Paris between 1920 and 1935. At the time, Nardal, the hypereducated daughter of French subject-citizens from Martinique, took up residence in Paris, a bustling metropole with a sizeable population of city dwellers hailing from Africa, the United States, Asia, Latin America, and the Antilles. With a heightened Black presence in the city, clashes with racism were quite common. In response, Black people in Europe designed a dense network of political groups, student organizations, mutual aid societies, workers’ cooperatives, trade unions, sports clubs, and literary groups. Not only did they participate in these voluntary associations, but they also devoted their time to reading and writing about the pressing issues of their day.

Nardal was just beginning her career in journalism when she and her three sisters opened their shared apartment on Sunday afternoons to scholars from around the world to foster interracial, intraracial, and international conversation. The gathering space came to be known as the Clamart Salon, a keenly popular and influential space that served as a second home for respected thinkers from across the diaspora. One salon-goer remarked that Paulette Nardal and her sisters “promoted an internationalist Black humanism that placed a particularizing interest in cultural difference, a universalizing commitment to rational public discourse, and a cosmopolitan ethic of Pan-African connection in the service of one another.”

Across the Channel, a Jamaican woman named Una Marson struggled to find a job in London. Owing to her strong British imperial identity— characterized by a deep sense of connection to the Crown— Marson was taken aback by the overt racism she experienced while seeking employment to jumpstart her literary career. Finding solace in her craft, she waxed poetic about her experiences with discrimination, isolation, and estrangement, offering insight into the process by which she came to see herself as a raced woman. Like Nardal in Paris, Marson found refuge in Black-activist led internationalist organizations. Marson joined the League of Colored Peoples (LCP), a group devoted to challenging racism and colonialism in Britain, the Caribbean, the United States and Africa by stressing the urgency of racial unity. Its premier quarterly journal The Keys was an outlet for Marson to promote a nuanced respectability politic that focused on the ideal of women’s self-determination. Where she failed to find an outlet to express her feminist views, Marson turned to predominantly white feminist internationalist groups like the British Commonwealth League (BCL). Her views on anti-colonialism and the salience of Jamaican nationalism shifted considerably over the years, offering further evidence of the ways that daily experiences living in Europe opened a “new reservoir of feeling and identification.”

While Marson was in London and Nardal was in Paris, Eslanda Robeson, an anthropologist and writer from Washington D.C., embarked on a transcontinental journey of her own. Robeson was heavily involved with the West African Students Union (WASU), accompanied her artist-activist husband Paul Robeson on travel for shows, and attended the London School of Economics as an anthropology student. She spent much of her time connecting with Afro-descendant people on her husband’s tour, carefully documenting experiences with exclusion and racism in countries across the European continent. From this anthropological field work, Robeson developed the foundation of her Black internationalism. She believed in the bonds of unity and sameness between Africans and African Americans. During her time in Europe, Robeson cultivated a more radical politics than her counterparts Nardal and Marson.

Though all three women used print culture and writing to bring to life the Black experience in Europe between 1920 and 1935, they each practiced varied internationalisms. When the 1936 Italian invasion of Ethiopia irrevocably altered the landscape of Black international politics, each race woman expanded her global network and infused her work with a fascist critique. For Nardal, this meant combining her Black internationalist practice with a Christian analysis, giving life to her conservative colonial views. For Marson, the Abyssinian Crisis ushered in a period of immense stress and health problems that further emboldened her advocacy for Jamaican nationalism, as she returned to her homeland in the late 1930s. For Robeson, the Crisis strengthened her sense of unified solidarity with the peoples of the African continent. She continued her field work in sub-Saharan Africa and parts of Spain to better define her anti-colonial and anti-fascist politics.

In the decade from 1939 to 1949 Nardal, Marson, and Robeson saw the networks they worked so hard to create in interwar Europe subjected to total reconfiguration. The 1945 founding of the United Nations alongside the advent of organizations like the International Monetary Fund and the International Bank for Reconstruction and Development (later the World Bank) came to represent a new world optimism, expanding the women’s feminist, Christian, and liberal internationalist practices. As Marson made her controversial entry into the world of radio, becoming the first Black woman employed by the British Broadcasting Service (BBC), Nardal went back to Martinique where she openly opposed the Vichy regime, and Robeson continued traveling. In distinct ways, the women used radio, writing, speeches, interviews, and more to challenge masculinist visions of West Indian nationalism and independence, critique departmentalization, and even discuss peace on gendered terms. By the middle of the twentieth century, the backdrop of the Cold War, the Civil Rights Movement, and decolonization thrust the women in new directions.

Though the phrase “Black internationalist” calls to mind images of Great Race Men like C.L.R. James, W.E.B. Du Bois, and Marcus Garvey, in recent years, studies of Black internationalism have turned towards Black women. Historians such as Erik S. McDuffie, Keisha N. Blain, Ula Y. Taylor, Gerald Horne, Carole Boyce Davies, and Dayo F. Gore have contributed to a burgeoning body of work that identifies Black women as crusaders and theoreticians. By asking critical questions of Black women’s transnational subjectivities, their ideas on citizenship and the salience of travel to their activist-intellectual work, these scholars have expanded our understanding of the ideological basis for a transnational Black freedom fighting praxis. With Race Women Internationalists, Umoren joins the fold. Her text answers Brittney Cooper’s clarion call to take seriously the ideas set forth by Black women by looking for their thinking in unexpected places. The text’s comparative perspective, chronological breadth, and depth of analysis is ambitious, a scholarly project befitting the women it follows.

Shelby M. Sinclair is a doctoral student in the Department of History and African American Studies at Princeton University. She is interested in Black feminist internationalism, gender violence and the Black episteme. Her work explores sexual violence as a theme in Black women's intellectual production in the 19th and 20th century United States and Caribbean.