loading...
By Ibram X. Kendi November 3, 2016 Comments Off on Decolonizing the Republic: A New Book on African and Caribbean Migrants in Postwar Paris

This post is part of a blog series I am editing, which announces the release of selected new works in African American History and African Diaspora Studies. Decolonizing the Republic: African and Caribbean Migrants in Postwar Paris, 1946-1974 was recently published by Michigan State University Press as part of its Ruth Simms Hamilton African Diaspora series. 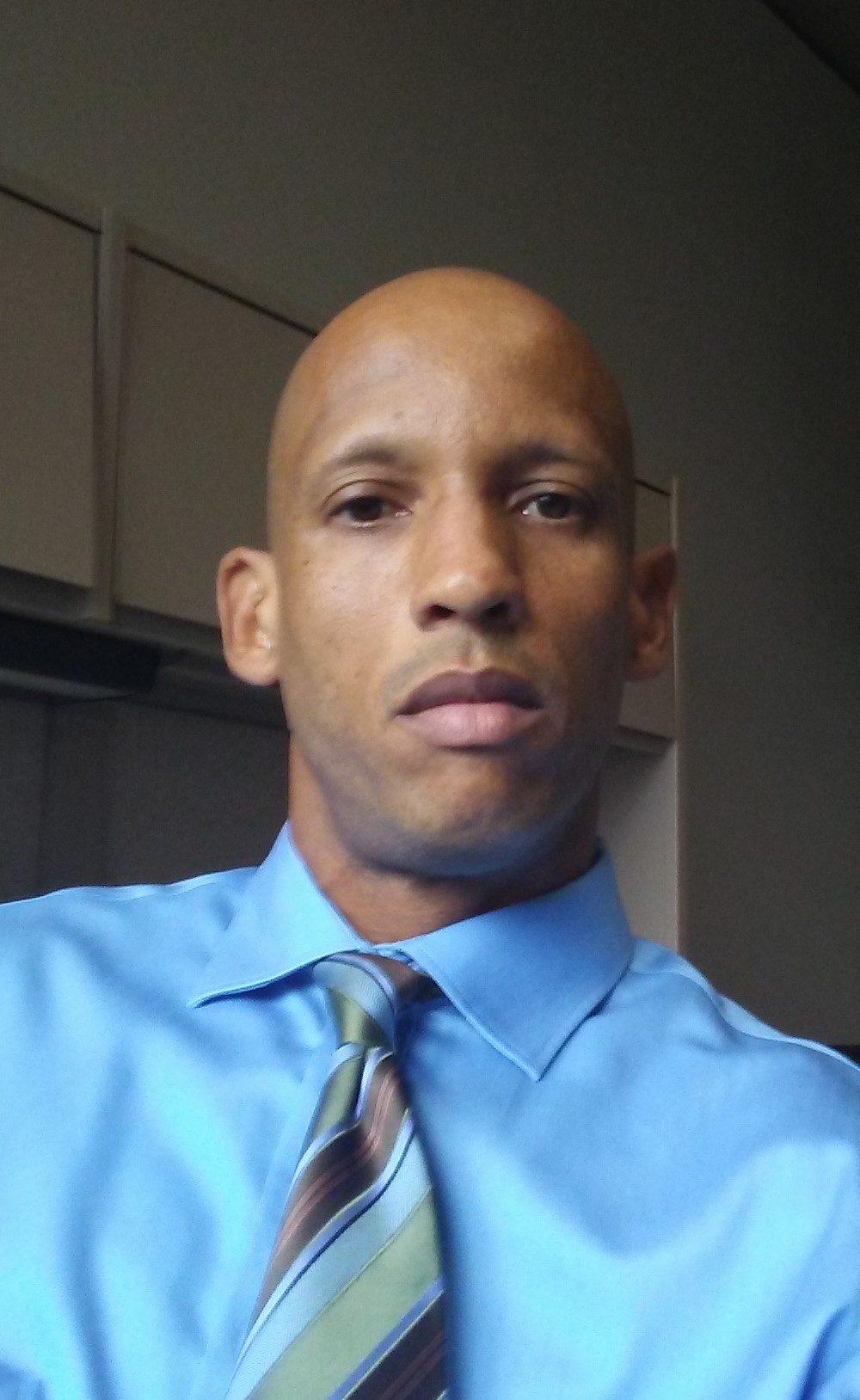 The author of Decolonizing the Republic is Félix F. Germain. Professor Germain is an assistant professor of Africana Studies at the University of Pittsburgh. Originally from Martinique, Germain attended St. Francis College in Brooklyn, NY, Cornell University, and UC Berkeley, where he obtained a Ph.D. in African Diaspora Studies. A recipient of the John L. Simpson Memorial Research Fellowship in International and Comparative Studies, Germain spent a year in Paris where he dug into the archives and conducted ethnographic fieldwork for Decolonizing the Republic.

Germain is currently working with Silyane Larcher, a scholar at the University of Paris Diderot, on an anthology entitled Black French Women and the Struggle for Equality (1848-2015). The book explores how black women have negotiated the boundaries of patriarchy and racism from the emancipation of slavery in 1848 to the second decade of the twenty-first century, when ironically, a black woman served as Minister of Justice. Germain has taught at St. John’s University’s Department of History and UNC Charlotte’s Department of Africana Studies. 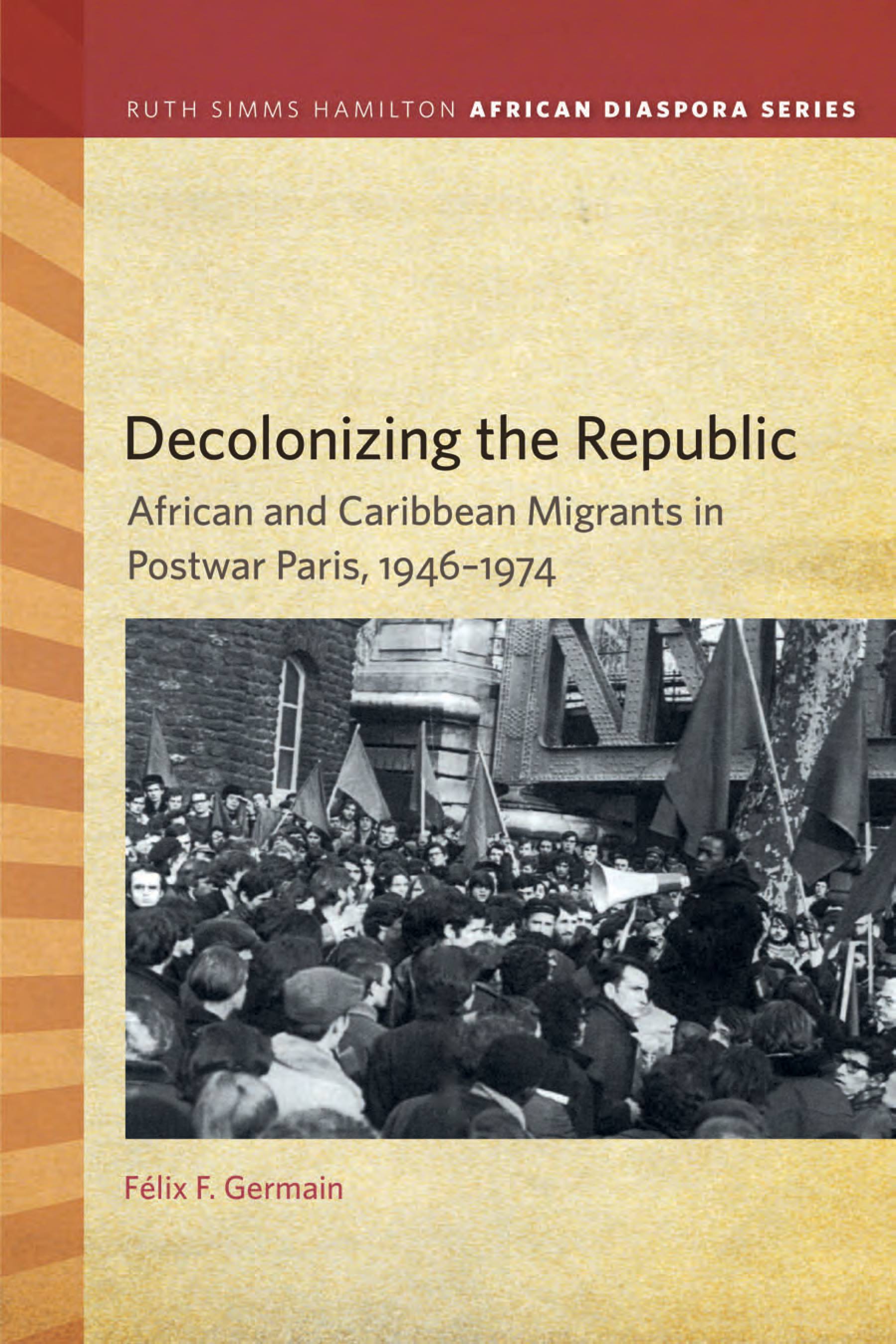 Decolonizing the Republic is a conscientious discussion of the African diaspora in Paris in the post-World War II period. This book is the first to examine the intersection of black activism and the migration of Caribbeans and Africans to Paris during this era and, as Patrick Manning notes in the foreword, successfully shows how “black Parisians—in their daily labors, weekend celebrations, and periodic protests—opened the way to ‘decolonizing the Republic,’ advancing the respect for their rights as citizens.” Contrasted to earlier works focusing on the black intellectual elite, Decolonizing the Republic maps the formation of a working-class black France. Readers will better comprehend how those peoples of African descent who settled in France and fought to improve their socioeconomic conditions changed the French perception of Caribbean and African identity, laying the foundation for contemporary black activists to deploy a new politics of social inclusion across the demographics of race, class, gender, and nationality. This book complicates conventional understandings of decolonization, and in doing so opens a new and much-needed chapter in the history of the black Atlantic.

“With Decolonizing the Republic, Félix Germain offers the reader a meticulously researched historical meditation on immigration, labor politics, social organizing, and music in the continuing evolution of Black identities across the spectrums of color, class, and nationality in the postwar period in France. In parsing these intersecting phenomena along with the ideals of French Republicanism, Germain ably demonstrates the praxis of a twenty-first century French Pan-African consciousness.” —T. Denean Sharpley-Whiting, Gertrude Conaway Vanderbilt Distinguished Professor, Vanderbilt University

Ibram X. Kendi: What are the principal findings or arguments of your book? What do you hope readers take away from reading it?

Félix F. Germain: People don’t realize that in the late fifties, at the dawn of the first large black working-class migration to Paris, most white French citizens viewed African and Caribbean subjects as “indigènes.” In the French imagination an indigène was, among other things, illiterate, uncivilized, instinctual, emotional, and ill-suited to live in temperate climates. Indigènes had limited intellectual capabilities. In fact, it was so limited that they could not speak proper French—they allegedly spoke petit nègre (little negro), a sort of broken French which, ironically, French colonial officers invented during the colonial period to interact with African colonial subjects. Intellectuals like Fanon, Césaire, Senghor, Damas, Diop, and others wrote essays hoping to help the French reform their behavior. But for the most part, French media and ethnocentric French Africanists informed the French about black identities.

Decolonizing the Republic demonstrates that black migrants from the lower classes changed French perception of black identities through their work ethic and protest movements for better living and working conditions. African and Caribbean migrants constantly led personal and communal battles to improve their quality of life in France. They refused to be treated like indigènes of the French republic, ultimately forcing the French to view them as citizens of new African nations or French citizens from Guadeloupe, Martinique, or French Guiana.

In addition to centering black migrants from the lower classes as the primary agents of social change in black France of the postwar era, Decolonizing the Republic offers a more nuanced perspective of the African Diaspora in France. Using race, class, gender, and nationality as categories of analysis, the book demonstrates that French citizenship is not the great equalizer that it was supposed to be. Many French Caribbean women, for instance, lived in much more precarious conditions than African male migrants, supposedly France’s least privileged migrants. In reality, as transnational migrants, the vast majority of African men experienced more freedoms than French Caribbean migrants who, unable to travel home, often lived in conditions of exile throughout the Parisian region. In other words, Decolonizing the Republic invites readers to reconsider how migration to the “metropole” shifted established colonial hierarchies.

Finally, Decolonizing the Republic does not offer a romantic vision of black Paris of the fifties and sixties. It presents black Paris as the illegitimate child of a French colonial system that prevented African and Caribbean subjects from the lower classes from cultivating “fraternal” bonds—only the black intellectual elite, a fraction of black Paris, embraced and practiced the aforementioned negritudiste ideal. Black Paris of the postwar era was fragmented along ethnic and national lines. That said, the last chapter of the book describes the formation of a twenty-first-century urban French Pan-African consciousness.