loading...
By Ibram X. Kendi January 22, 2018 Comments Off on A More Beautiful and Terrible History: A New Book on the Civil Rights Movement

This post is part of our blog series that announces the publication of selected new books in African American History and African Diaspora Studies. A More Beautiful and Terrible History: The Uses and Misuses of Civil Rights History will be published on Jan. 30th by Beacon Press. 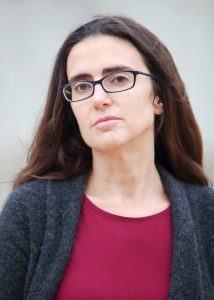 The author of A More Beautiful and Terrible History: The Uses and Misuses of Civil Rights History is Jeanne Theoharis, Distinguished Professor of Political Science at Brooklyn College of City University of New York and the author or co-author of seven books and numerous articles on the civil rights and Black Power movements, the politics of race and education, social welfare and civil rights in post-9/11 America. Her widely-acclaimed biography, The Rebellious Life of Mrs. Rosa Parks, won a 2014 NAACP Image Award and the Letitia Woods Brown Award from the Association of Black Women Historians; it appeared on the New York Times bestseller list and was named one of the 25 Best Academic Titles of 2013 by Choice. Her work has appeared in the New York Times, the Washington Post, MSNBC, The Nation, Slate, Salon, the Intercept, and the Chronicle of Higher Education. Follow her on Twitter @jeannetheoharis. 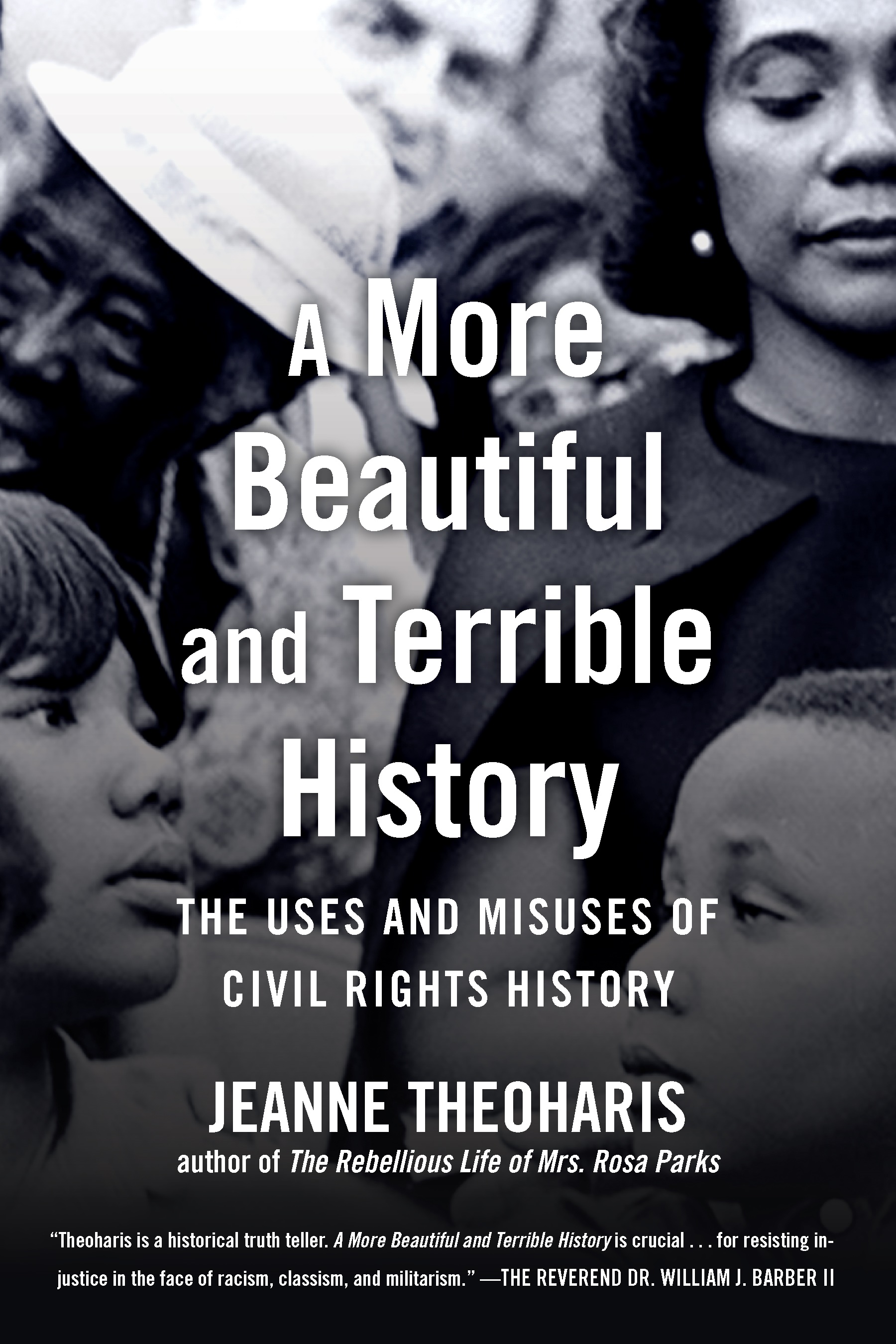 The civil rights movement has become national legend, lauded by presidents from Reagan to Obama to Trump, as proof of the power of American democracy. This fable, featuring dreamy heroes and accidental heroines, has shuttered the movement firmly in the past, whitewashed the forces that stood in its way, and diminished its scope. And it is used perniciously in our own times to chastise present-day movements and obscure contemporary injustice.

In A More Beautiful and Terrible History award-winning historian Jeanne Theoharis dissects this national myth-making, teasing apart the accepted stories to show them in a strikingly different light. We see Rosa Parks not simply as a bus lady but a lifelong criminal justice activist and radical; Martin Luther King, Jr. as not only challenging Southern sheriffs but Northern liberals, too; and Coretta Scott King not only as a “helpmate” but a lifelong economic justice and peace activist who pushed her husband’s activism in these directions.

Moving from “the histories we get” to “the histories we need,” Theoharis challenges nine key aspects of the fable to reveal the diversity of people, especially women and young people, who led the movement; the work and disruption it took; the role of the media and “polite racism” in maintaining injustice; and the immense barriers and repression activists faced. Theoharis makes us reckon with the fact that far from being acceptable, passive or unified, the civil rights movement was unpopular, disruptive, and courageously persevering. Activists embraced an expansive vision of justice—which a majority of Americans opposed and which the federal government feared.

By showing us the complex reality of the movement, the power of its organizing, and the beauty and scope of the vision, Theoharis proves that there was nothing natural or inevitable about the progress that occurred. A More Beautiful and Terrible History will change our historical frame, revealing the richness of our civil rights legacy, the uncomfortable mirror it holds to the nation, and the crucial work that remains to be done.

A More Beautiful and Terrible History paints a vivid picture of the intentional and deadly omissions within popular histories of the 1950s and 1960s, cutting a path through hardened ground to give us the tools for a caring and inclusive future.” — Ericka Huggins, equity and inclusion educator and former member of the Black Panther Party

Ibram X Kendi: What type of impact do you hope your work has on the existing literature on this subject? Where do you think the field is headed and why?

Jeanne Theoharis: The book is organized around the concept of the histories we get vs. the histories we need. Building on more than fifteen years of my own research and an extraordinary flowering of civil rights scholarship over the past two decades, it seeks to challenge the national myth-making about the civil rights movement by putting the scholarship in conversation with these national fables.

Over the past thirty-five years, the civil rights movement has become a cornerstone in the ways the United States defines itself and the power of its democracy. Rosa Parks and Martin Luther King are regularly honored but at the same time stripped of their breadth of their politics –rendered much like Thanksgiving parade balloons, jolly, larger than life, un-threatening mascots. The dangers of these fables are considerable—as increasingly they are employed to chastise contemporary movements like Black Lives Matter.

The book begins by tracing the ascendancy of this national fable and redemption tale of the civil rights movement—from Reagan’s signing of the bill making a federal holiday for MLK to the dedication of the Rosa Parks statue on the day SCOTUS heard arguments in Shelby County v Holder to Trump saying Rosa Parks would be his pick for the $10 bill—to show how this tale became a way to celebrate America by putting the issue of racial injustice firmly in the past, obscure contemporary realities, and dismiss today’s social movements.

The heart of the book is nine chapters that examine nine gaps and distortions in the fable and what a fuller history shows us. These nine chapters foreground the movement in the North (with particular focus on the struggles in Boston, New York, LA and Detroit); the role of polite racism and the media (particularly regarding struggles outside the South) in maintaining racial inequality; the leadership of high school students and the centrality of women’s organizing alongside movement sexism; the unpopularity and political repression of the civil rights movement; and the power and extent of its organizing. My hope is that this book helps flag a number of key themes prevalent in the scholarly literature around the Black freedom struggle and show how many of the criticisms of BLM and other contemporary movements were ones leveled at the civil rights movement itself. At this troubling moment in American politics, there is a deep hunger for substantive histories of the Black freedom struggle to show us a way forward in these perilous times.