loading...
By Ibram X. Kendi May 30, 2017 Comments Off on Beyond Respectability: A New Book on Black Female Public Intellectuals

This post is part of my blog series that announces the publication of selected new books in African American History and African Diaspora Studies. Today is the official release date for Beyond Respectability: The Intellectual Thought of Race Women, published by the University of Illinois Press. 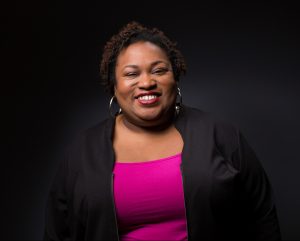 The author of Beyond Respectability is Brittney C. Cooper, a newly tenured Associate Professor of Women’s and Gender Studies and Africana Studies at Rutgers University. She teaches courses on Black feminist theory, Black Intellectual Thought, Hip Hop, Gender and Media. Cooper is a widely sought-after public speaker at universities throughout the country and an in-demand commentator for radio, podcasts, and television. Her work and words have appeared at MSNBC, BET, NPR, PBS, the New York Times, the Los Angeles Times, TV Guide, New York Magazine, Salon.com, The Root.com, and Al Jazeera America, among many others. She is a regular contributor at Cosmpolitan.com and co-founder of the Crunk Feminist Collective and blog. Cooper is also the author of the forthcoming Eloquent Rage: One Black Feminist’s Refusal to Bow Down (St. Martin’s Press, 2018) and co-editor of The Crunk Feminist Collection (The Feminist Press, 2017).

Cooper is also the recipient of numerous awards for her research, teaching, and service. In 2015, the African American Review awarded her its Darwin T. Turner Prize for the top journal article in any time period in African American Literature or Culture. In 2016, she was awarded the Northeast Council of Graduate Schools Excellence in Teaching Award for Masters Level Instruction. In 2016, she was also awarded the Olga Vives Award from the National Organization of Women and awarded the Top Blogger Award by the NewsWomen’s Club of New York. In 2017, she was awarded the Black Feminist Waymaker and Shapeshifter Award by Black Women’s Blueprint, Inc. 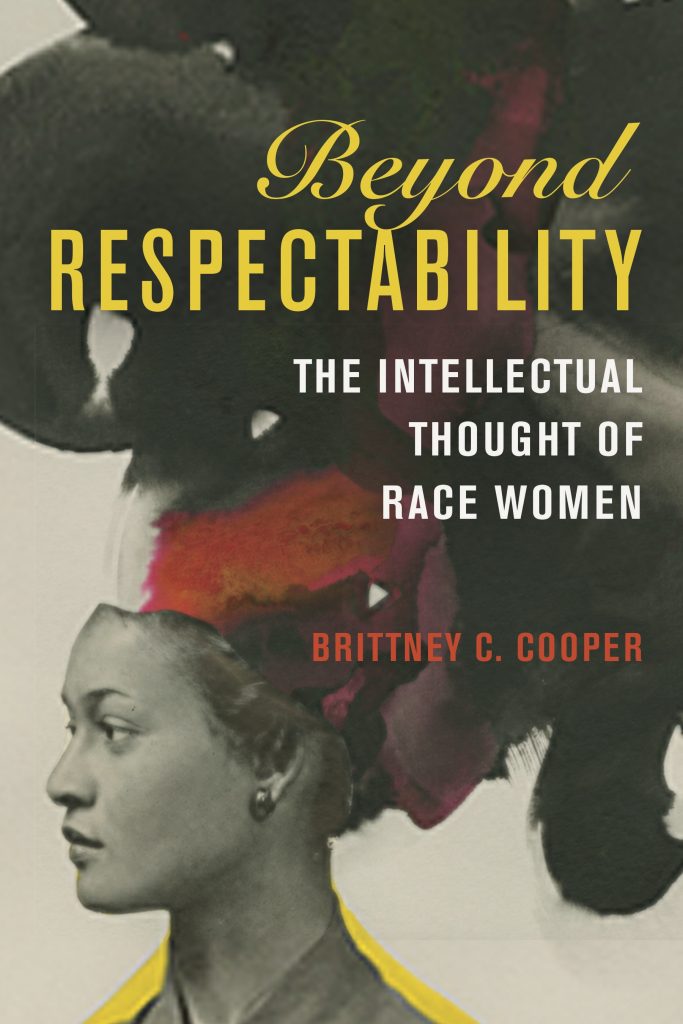 In the late nineteenth century, a group of publicly active African American women emerged from the social and educational elite to assume racial leadership roles. Their work challenged thinking on racial issues as well as questions about gender, sexuality, and class.

Beyond Respectability charts the development of African American women as public intellectuals and the evolution of their thought from the end of the 1800s through the Black Power era of the 1970s. Eschewing the Great Race Man paradigm so prominent in contemporary discourse, Brittney C. Cooper looks at the far-reaching intellectual achievements of female thinkers and activists like Anna Julia Cooper, Mary Church Terrell, Fannie Barrier Williams, Pauli Murray, and Toni Cade Bambara. Cooper delves into the processes that transformed these women and others into racial leadership figures, including long-overdue discussions of their theoretical output and personal experiences. As Cooper shows, their body of work critically reshaped our understandings of race and gender discourse. Cooper’s work, meanwhile, confronts entrenched ideas of how—and who—produced racial knowledge.

At the cutting edge of black women’s intellectual history, Brittney C. Cooper weaves together the ideas and lived experiences of women heretofore known as activists rather than thinkers. Through exacting analysis, a feminist lens, and her signature verve, Cooper establishes the centrality of black women’s ideas to twentieth century political thought. This is a pathbreaking history of ideas.” —Martha S. Jones, author of All Bound Up Together: The Woman Question in African American Public Culture, 1830–1900

Brittney C. Cooper: Beyond Respectability intervenes in the scholarly conversation about the role of the politics of respectability in the lives of 19th- and 20th-century Black women, like Anna Julia Cooper, Mary Church Terrell, Fannie Barrier Williams, Pauli Murray, and Toni Cade Bambara. Evelyn Brooks Higginbotham began this conversation nearly 25 years ago with her groundbreaking book Righteous Discontent. However, the troubling class politics that were frequently associated with some Black female leaders at the turn of the 20th century have left a bad taste in the mouths of newer generations of scholars who largely wrote off race women as uncritical elitists.

Beyond Respectability makes three key interventions: first, it moves to situate the National Association of Colored Women as its own school of intellectual thought, a move that makes clear where Black women intellectuals received their training and intellectual orientation to the world. Second, it argues that respectability politics cannot be understood solely as a form of class policing among Black women. Rather, I argue that respectability discourse is an early form of gender theorization emerging from Black communities in the aftermath of Reconstruction. Respectable ideology is an attempt to give meaning, shape, and form to categories of manhood and womanhood that Anna Julia Cooper argued had been “impoverished” in the process of slavery. Rather than excusing problematic class politics, viewing respectability discourse as a form of gender theorizing points us to Black communities’ intellectual debates about the meanings and performances of gender and the relationship of these gender performances to notions of Black identity and to the project of Black freedom.

Third, I argue that race women themselves maintained a healthy skepticism about respectability politics and often looked for opportunities to subvert it. In particular, Murray and Bambara revise and critically challenge heteronormative and cisnormative ideas about Black gender and sexuality. I hope that by taking on these women as theorists and thinkers engaged in a multigenerational conversation about Blackness, feminism, and womanhood, that we can enrich both our existing intellectual history and the conceptual terrain from which we theorize around race, gender, sexuality, and feminism. I hope to see more and more work extending the field of Black women’s intellectual history (like that of Bay, Savage, Griffin, Jones in 2015), work that takes seriously Black women as theorists, and work that takes up historical arguments among Black women about the meanings of race, gender, and sexuality as salient political categories.