loading...
By Reena Goldthree November 26, 2015 Comments Off on Rethinking Black Internationalism and Mass Politics in the Interwar Period (Reena Goldthree)

This is the fourth day of our roundtable on Adam Ewing’s book, The Age of Garvey: How a Jamaican Activist Created a Mass Movement and Changed Global Black Politics. We began with introductory remarks by Stephen G. Hall on Monday, Komozi Woodard’s review on Tuesday and Paul Hébert’s review on Wednesday. In this post, Reena Goldthree praises Ewing’s study for transcending biographical and organizational studies of Garveyism but critiques the work for its failure to examine Latin America and the Caribbean.

Reena Goldthree is an Assistant Professor of African and African American Studies at Dartmouth College. She received a B.A. in History-Sociology from Columbia University, earned a M.A. and Ph.D. in History from Duke University, and studied at the Institute for Gender and Development Studies at the University of the West Indies-St. Augustine as a Fulbright fellow. Her research explores the history of the African Diaspora in Latin America and the Caribbean, with a focus on nationalism, migration, and gender. Her current book project, Democracy Shall be no Empty Romance: War and the Politics of Empire in the Greater Caribbean, examines how the dislocations of World War I transformed political loyalties, racial identifications, and imperial policy in the British West Indies.

“[N]o one could have organized and built up the largest black mass movement in Afro-American history, in the face of continuous onslaughts from communists on the left, black reactionaries on all sides, and the most powerful governments in the world, and yet be a buffoon or a clown, or even an overwhelmingly impractical visionary.–Tony Martin, Race First (1976)  1

“Garvey variously presented himself as an ideologue, as a liberator, as a prophet, but he was first of all an organizer and a propagandist.”–Adam Ewing, The Age of Garvey (2014) 2

In 1923, Isaac Clements Katongo Muwamba requested permission to establish a “Native Improvement Association” for Africans living in Lusaka, Northern Rhodesia. A clerk in the colonial administration and a former student at the Free Church of Scotland’s Livingstonia mission, Muwamba had previously garnered the esteem of the colony’s Chief Secretary by reporting on the activities of an autonomous African religious sect and by taking an accommodationist stance towards the colonial government. Therefore, colonial officials were shocked to discover that Muwamba had ties to black activist groups based in southern Africa and the Americas. Through his connections to activists in South Africa, Muwamba received smuggled copies of the Negro World, the official organ of the Universal Negro Improvement Association (UNIA). He also regularly corresponded with relatives who were members of South Africa’s Industrial and Commercial Workers’ Union. Perhaps most unsettlingly, Muwamba and his nephew, trade unionist Clements Kadalie, discussed plans to travel to the United States to garner skills to advance their political efforts at home.

Muwamba’s story, powerfully rendered in Adam Ewing’s The Age of Garvey: How a Jamaican Activist Changed Global Politics, highlights the stunning geographic reach of Garveyism during the interwar years and its centrality to the era’s black political currents. For readers familiar with the existing scholarship on the UNIA—the global black nationalist organization co-founded by Marcus Garvey and Amy Ashwood in 1914—Isaac Muwamba appears remarkably similar to the association’s male stalwarts in West Africa and the Americas.3 A veteran of the First World War, Muwamba was literate, had ties to the nascent trade union movement, and championed the cause of inter-ethnic unity in Africa. Furthermore, like Garveyites in the other territories of the British Empire, Muwamba proudly affirmed his status as a “British subject” while simultaneously advocating on behalf of the black race. Yet, as Ewing notes, there is no evidence that Muwamba ever joined the UNIA, despite clandestinely receiving copies of the Negro World. In fact, no division of the association was established in the colony of Northern Rhodesia during the interwar era.

How do we make sense of Isaac Muwamba and countless others who found inspiration in Garvey’s unflinching cry for African redemption, but operated largely outside of the organizational confines of the UNIA? And to what extent can we trace the contours of Garveyite praxis both inside and outside of Garvey’s flagship organization? Muwamba’s actions perplexed administrators in Northern Rhodesia and have largely escaped the attention of Garvey scholars. Yet, as Ewing’s work suggests, the forgotten experiences of black activists who operated in the “Garveyist frontier” can enrich our understanding of Garveyism’s profound social, cultural, and political impact (163). 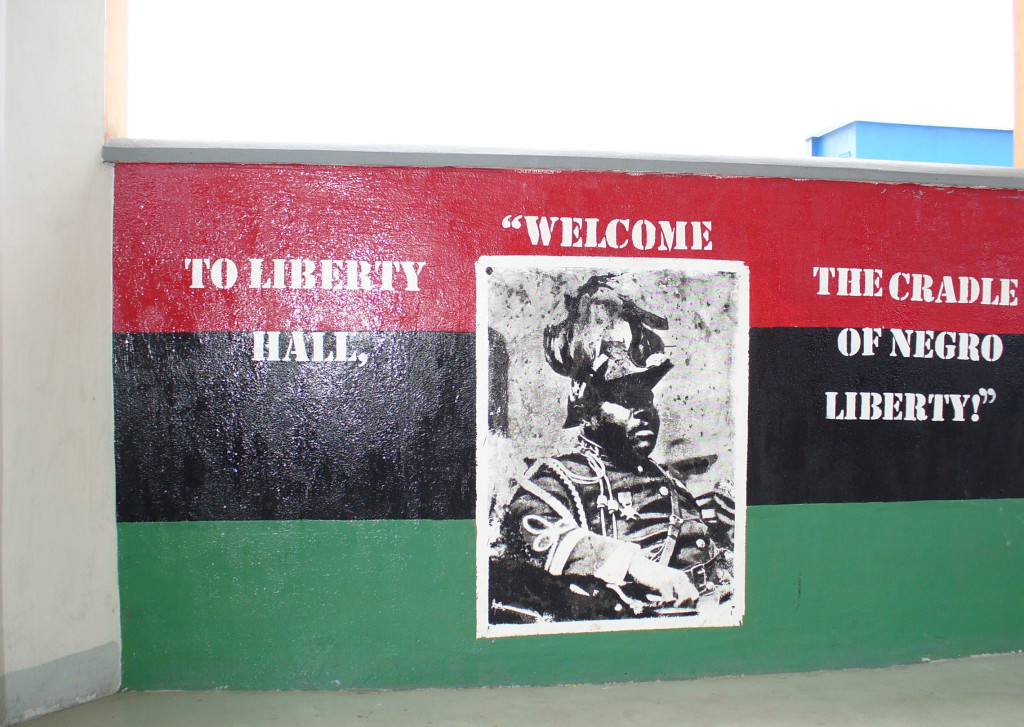 Written in engaging and evocative prose, The Age of Garvey offers a sweeping transnational history of Garveyism, charting the movement’s rapid spread across the Caribbean, United States, South America, and the African continent in the decades following the outbreak of World War I. Ewing’s intervention builds upon six decades of scholarly writing on Marcus Garvey and the Garvey movement—much of which has appeared in books, edited volumes, and journals published by independent presses—while also fruitfully employing theoretical insights from the fields of African Diaspora studies, religious studies, and cultural anthropology. The Age of Garvey’s multi-sited narrative—one of the defining strengths of the book—allows us to glimpse how Garvey’s call for racial unity, self-help, and “Africa for the Africans” resonated in disparate communities, mobilizing supporters from Oakland, California to Banes, Cuba to the hinterlands of Nyasaland and Northern Rhodesia. The Age of Garvey’s multi-sited narrative also allows us to pinpoint the actors that helped facilitate the spread of Garvey’s message across the globe, demonstrating the pivotal role of black newspaper editors, World War I veterans, preachers, migrant workers, and sailors. Like previous scholarship by Hakim Adi, Brent Hayes Edwards, Minkah Makalani, Winston James, Lara Putnam, Robert Trent Vinson, and others, The Age of Garvey excavates the roots and routes of twentieth-century black internationalism, offering a compelling portrait of the tumultuous decades between the First and Second World Wars.

In many ways, The Age of Garvey also inaugurates a third wave of scholarship on the Garvey movement, moving beyond the pioneering biographical treatments of the UNIA’s leadership and the diachronic studies of the rise and fall of UNIA divisions. Decoupling Garveyism from the institutional history of the UNIA, Ewing posits that Garveyism is best understood as a “method of organic mass politics” rather than a rigid political ideology that was embraced dogmatically by adherents (6). Characterizing Garveyism as both “capacious” and “malleable,” Ewing contends that it functioned concurrently as a discursive project and as a political praxis. In its discursive iteration, Garveyism operated as a “vocabulary of agency”—or as a “global metalanguage”—that allowed Africans and Afro-descendants to construct shared narratives of racial liberation (17, 132, 140, 158). “In speeches, and in columns and news items emblazoned across the pages of the Negro World,” he explains, “Garveyite officials constructed a totalizing narrative of creeping world revolution, and the central place of the UNIA in that struggle” (134). As an embodied politics, Garveyism served as a vehicle for mass mobilization, providing a shared set of organizing principles and affirming the link between locally-situated political struggles and the global liberation of the race.

The Age of Garvey unfolds on a global stage; however, the book offers its most sustained analysis of Garveyism in Africa. Garvey himself never set foot in Africa—prevented from traveling to the continent by legal and logistical hurdles—but his message resonated with a host of African religious, social, and political movements during the interwar years. In contrast to recent scholarship on Garveyism in Africa, The Age of Garvey directs our attention away from the UNIA divisions that were established in the western and southern regions of the continent, and instead, highlights how Garveyism influenced activists who lacked formal ties to the association. As he explains, solely “[e]mphasizing the organizational accomplishments of the UNIA in Africa dramatically understates the influence of Garveyism on the continent” (93). Casting a wide net, Ewing chronicles how Garvey’s message resonated with men who operated outside of the UNIA hierarchy through alternative groups such as independent Christian sects, Native Welfare Associations, and burgeoning nationalist organizations. Ewing convincingly demonstrates that interwar African activists, particularly educated Christian male leaders, possessed knowledge of Garvey’s program and often found inspiration in his message. Yet he fails to delineate how “Garveyite organizing” and “Garveyite praxis”—as a lived mass politics—were distinct from other local forms of organizing that also advocated for self-help, African unity, and collective economic advancement. Thus, the reader is left to wonder: What made Garveyism a distinct and identifiable form of black politics when manifested outside of the organizational apparatus of the UNIA? And, what was the relationship between African divisions of the UNIA and autonomous African-led groups that adopted “Garveyite organizing” practices? 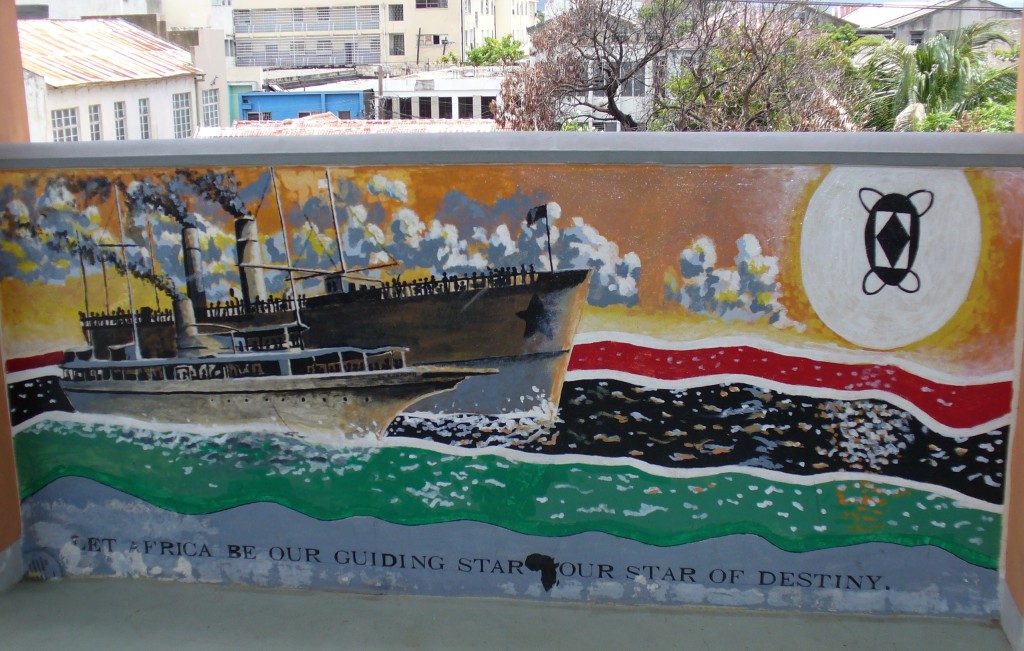 If The Age of Garvey sheds new light on the global appeal of Garveyism during the interwar years, the book misses the opportunity to fully incorporate Latin America and the Caribbean in its ambitious transnational map of Garveyite praxis. This is unfortunate given that Ewing’s concept of a “Garveyite frontier” might be useful for Latin Americanist scholars working on interwar black activism in lesser-studied sites such as Uruguay, where there was a thriving black press but no official UNIA presence. Moreover, beyond the borders of the United States, Garveyism achieved its greatest vibrancy and longevity in Latin America and the Caribbean, the region where Marcus Garvey first articulated his nascent program for black liberation in Kingston, Jamaica. By the mid-1920s, black activists had established over 160 branches of the UNIA in the region, stretching from southern Mexico to the railroad town of Porto Velho in the Brazilian Amazon. The UNIA, as several scholars have demonstrated, flourished most powerfully in Cuba, Panama, Trinidad, Costa Rica and other territories that served as receiving societies for British West Indian migrants.4 It is also important to note that the UNIA had a presence beyond the major receiving societies of the “circum-Caribbean migratory sphere,” in Haiti, Puerto Rico, Colombia, Dutch Guiana (Suriname), and Ecuador.5 The robust interdisciplinary scholarship on circum-Caribbean Garveyism—by authors such as Robert A. Hill, Rupert Lewis, Honor Ford-Smith, Jorge Giovannetti, Anne Macpherson, Ronald Harpelle, Humberto García Muñiz, Frank Guridy, Marc McLeod, Asia Leeds, and Frances Peace Sullivan—has illuminated the diversity of Garveyite praxis in the region, noting how local UNIA divisions enacted a wide array of political stances in regards to trade unionism, Afro-diasporic religious practices, and interracial organizing.

To his credit, Ewing concedes in the book’s introduction that a truly global history of Garveyism would “devote considerably more attention to Caribbean hotspots of Garveyite activity such as Cuba” and would “ask searching questions about the unwritten influence of the movement in places like Brazil” (9). A comprehensive accounting of Garveyist organizing in the region will require that scholars draw upon both traditional and underutilized sources. The publication of Volumes XI-XIII of The Marcus Garvey and Universal Negro Improvement Association Papers, which focus on the Caribbean basin, will certainly be an indispensible resource. However, scholars will also need to make use of the region’s vibrant and multilingual black press, situating accounts of UNIA activities in the Negro World in dialogue with newspapers reports published in the French Caribbean, British West Indies, Brazil, Costa Rica, Panama, and elsewhere. Future studies should also engage with the range of creative texts produced by Garveyites—such as poetry and songs—which were frequently authored by women.6 Finally, a full accounting of Garveyism’s global impact will require excavating the petitions, letters, and reports penned by Afro-Caribbean and Afro-Latin American activists that remain filed away (and largely forgotten) in the region’s underutilized archives.