loading...
By Chris Lebron March 30, 2018 Comments Off on A Primary Moral Position: Black Feminism and Self-Possession

*A version of this essay originally appeared on Public Seminar, as part of its Race/isms Book Forum on The Making of Black Lives Matter: A Brief History of An Idea by Christopher Lebron.

I am grateful for this forum. In my brief comments below, I do not intend to engage in the usual intellectual jousting typical of academics, especially philosophers. Though I will have one or two comments to clarify points of friction between what I’ve written and how it’s been read, I am far more interested in absorbing the claims offered by Deva Woodly, Marquis Bey, and Jenn Jackson and thinking through the implications of the insights presented by my conversation partners here.

The chapter this forum focuses on is the third from the book, “For Our Sons, Daughters, and All Concerned Souls.” In it, I endeavor to represent elements of Black feminism and reflections on intersectional Black identity across sexual and other boundaries. The chapter focuses specifically on the work of pioneering Black feminists, Anna Julia Cooper and, Audre Lorde, who had the additional distinction of being an architect of theorizing intersectionality. In this chapter I sketch important elements of Cooper’s and Lorde’s life-work in order to support a principle I articulate at the end of the book: the principle of uncompromising self-possession. The chapter seeks to engage Cooper and Lorde for the purpose of showing that their views on Black feminism and sexuality converge on a primary moral position: that a Black person is not obligated to submit to white patriarchal heteronormative expectations when articulating her life as a woman—whether straight, queer, or trans.

Jackson raises flags in regard to the socio-cultural milieu that arises from my reliance on core liberal concepts when they refer to dominant elements of our society as “white cisgender capitalist heteropatriarchal systems of control, power[.]” That line of criticism is pressed further when they suggest my use of Eleanor Bumpurs’ murder is perhaps too simplistic, opting for binaries rather than a further fracturing of the systems of power that collapsed on Bumpurs that fateful day she was shot in her own apartment by the police. Specifically, I fail to locate Bumpurs in a place—I do not take fully serious the geo-political circumstances of her murder. On this view, beyond being Black and a woman and disabled, I overlook the circumstances that might make a Bronx neighborhood like the one Bumpurs lived in a kind of “go-zone” for the elimination of Black life. And it’s true, I do not. Let’s say I had. What might that have meant for the chapter’s major thesis? The thesis would ultimately have remained the same, but it might have been filled out a bit differently. I might have further explored that to be self-possessed is to not only control identity but to be fully cognizant and resistant to the life-conditions Black folks are often plunged into that themselves facilitate danger and insecurity. It’s worth noting an interesting implication of this criticism. Taking it at full value actually brings us to rely on some of the ideas we identify as problematically liberal: sovereignty, agency, justification, deliberation. Growing up in a neighborhood not unlike Bumpurs’, I feel comfortable saying that the way ‘out’ was to fully engage America’s framework of individual labor and material striving. There is no better housing in ‘the hood’—it’s the hood. You don’t live better there, rather, you go someplace else you otherwise couldn’t because you weren’t able to buy access. 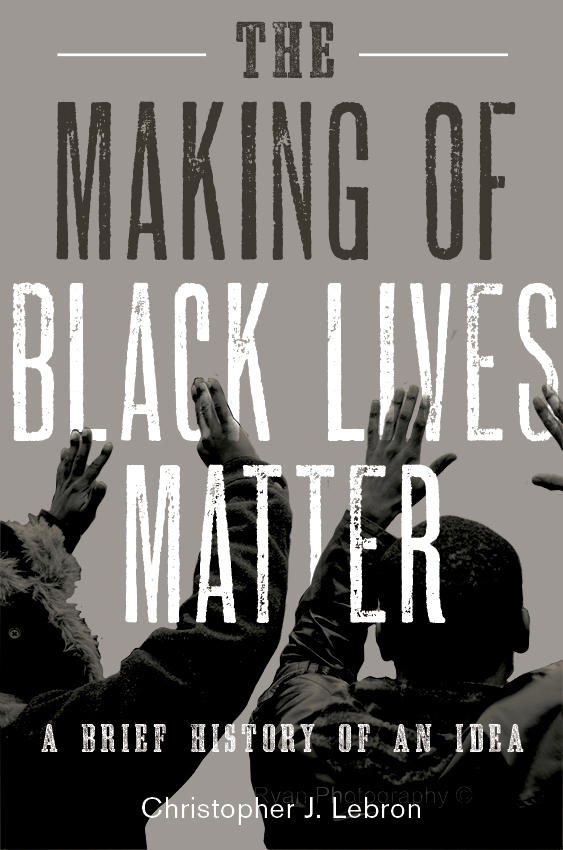 Bey is similarly concerned with my preferred terminology. For them, there is a reading of the Black radical tradition that resists the co-existence of the idea of the human with the idea of Blackness. If I understand Bey’s point, this resistance emanates from the concern that human-ness is monolithic, where Blackness is prismatic. This is a point of friction worth pausing to consider. It might be true that some in the radical tradition hold that view, but I think the view is held wrongly, when it is held, and is being misread when imposed on others in the tradition. My main reason for this position is that the suspicion over the idea of ‘the human’ seems to me predicated over wariness with the European Enlightenment project, which understandably, carries a great deal of white supremacist baggage. Yet, even racists can get ideas right at times. Or, put differently, even racists can identify ideas with truly universal appeal and just be entirely confused about how to use those ideas; but this is no reason for us to relinquish ideas like ‘the human.’ That said, Bey gently yet urgently asks readers to question how my use of the human slides into adherence to gender binary norms. I regret this appearance in the book, though it was not my intention. I meant to employ Lorde’s work as a fruitful place for readers to further explore issues surrounding Black sexual identity. However, on Bey’s view, I ought to have pressed more insistently into the area of Black trans identity and described more vigorously the struggles of that community. I accept that criticism.

Woodly, finally, also thinks I overplay the usefulness of the idea of the human and equality. Rather than using ‘the human’ as a baseline for moral correction, she claims the idea of the human offers “something more profound than the classically liberal call for inclusion in equality—it is the reevaluation of usefulness of the terms of human and equality as abstract universal signifiers.” On her view, I am putting the idea to the wrong use on Cooper’s and Lorde’s behalf and a proper interpretation of their work would show that they themselves would have pressed for a more expansive moral vocabulary. I think Woodly is correct that my tethering humanity to equality is grounded in the preoccupation of the political philosopher, especially one trained in the liberal tradition. However, here I might push back a bit. Woodly could be right but that still does not dislodge the centrality of equality for Cooper and Lorde. When Cooper, for example, complains that the train conductor will set out a step ladder for the white women but not for her, she’s concerned with something fundamental—she needs to get off the train, too, and wants to do so with dignity, just like the white women. Is this the whole story? Not at all. But I think here I am inclined to stay close to the role of equality even as it is true I might have been more expansive in putting the idea to use Cooper’s and Lorde’s behalf. It is a lesson learned to extend one’s analytic imagination beyond one’s own interpretive preferences.

Chris Lebron is an Associate Professor of Philosophy at Johns Hopkins University. He specializes in political philosophy, social theory, the philosophy of race, and democratic ethics. His first book, The Color of Our Shame: Race and Justice In Our Time (Oxford University Press, 2013) won the American Political Science Association Foundations of Political Theory First Book Prize. His second book The Making of Black Lives Matter: A Brief History of An Idea (Oxford University Press, 2017) offers a brief intellectual history of the black lives matter social movement. Follow him on Twitter @lebron_chris.