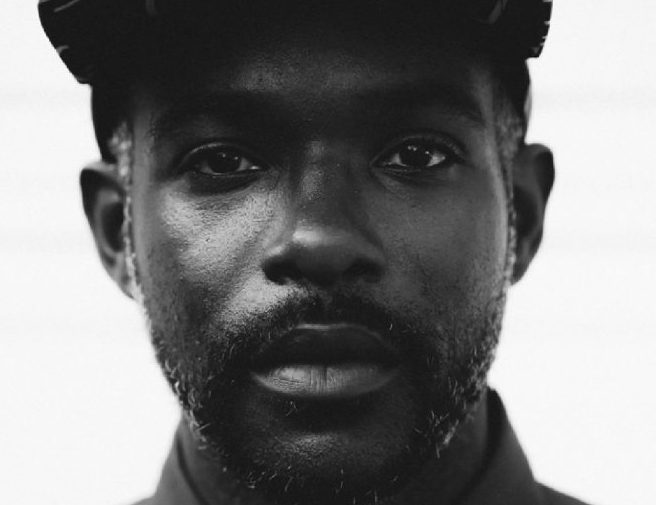 Keelyn Bradley: Your film work has been contrasted with Jenni Livingston’s Paris Is Burning and praised for its ability to do what many critics have accused Livingston’s anthropological approach for failing: authentically framing the subjects of documentary narrating their own stories free from an exploitative colonizing gaze. In Pier Kids: The Life, you tell your story through the Black gay and transgender youth in the film. Marlon Riggs uses this technique similarly to full effect for the first time in Tongues Untied and later in Black Is…Black Ain’t. How has Tongues, if at all, influenced your own work?

Elegance Bratton: Marlon Riggs is a life influence for me. When I set out to make Pier Kids, I didn’t know how to make a film but knew I had something about my life and the life conditions of other queer Black folks who experience family rejection. I was deep in my course work as an African American Studies and Anthropology double major at Columbia. My education impacted the process in that I knew that I needed to make a film that is rebellion to any notion of a cinema that presents Black queer people as anything other than the masters of their own fate even in the face of pervasive systemic oppression.

As my course work delved into representations of the other on screen, I was awed when my professor Marcellus Blount showed us Tongues Untied for the first time. It showed me that the call and response form that had so captured my imagination in literature and song was achievable on screen. From there, I used Tongues as a map both during production and post production. Instead of a film, I determined to make a Black Queer mixtape. Instead of a filmmaker, I thought of myself as a rapper who used a camera instead of a microphone.

Marlon and specifically Tongues Untied gave me a blueprint for Pier Kids to mine my own experience as a Black person to craft a language outside of white supremacy by using the tools of Black cultural production, both witnessed during my lifetime and before my time. Tongues Untied also made me feel good to watch because the film creates a Black gay community on screen and seeing that gave me something to look for in the real world. I hope that when people see Pier Kids they get a similar feeling. My film collapses the western notion of documentary objectivity in order to make each person who watches the film a Pier Kid. The viewer is asked to walk in the shoes of homeless queer youth, and any notion of morality is framed from the specificity of their experience — the same way that anyone who watches Tongues is a Black gay man who gets to be a part of a brotherhood within the Black gay community.

Bradley: While Tongues is groundbreaking, in many ways, for its aesthetic form — disrupting the typical narrative conventions of documentary subjectivity with the use of first-person mythopoetic voice that is both self-reflective and communal — it often seems to perform a certain kind of Black masculinity that might marginalize or alienate Black transgender and gender non-conforming queers. There are those beautiful scenes with transgender/gender non-conforming figures featured along with Billie Holiday’s Lover Man and Nina Simone’s Black Is The Color Of My True Love’s Hair, and those conversations at the diner about masculinity. But, the subjects do not seem to speak fully for themselves. Do you think these images hold up now that we have a more informed vocabulary and grammar to discuss gender queer identities?

Bratton: I think when it comes to a Black cinematic tradition, we are still in the pioneering phase. So when we think about the intersecting identities that Blackness contains, we must acknowledge that in terms of empowered fully-embodied representation, we still have a long way to go. I think Tongues Untied’s depictions are very relevant because for the better part of the entire history of Black queer cultural production, Black gay men have enjoyed a historical privilege to speak for not only trans women but also lesbians, trans men, and even Black bi men. The second season of Pose goes to great lengths to show the dissonance within the ballroom culture that thrives because Black trans women elect to mother the queer children that cisgender heterosexual Black society exiles. In the same breath, we see how within the confines of cultural production that is a ball, the very definition of Black trans femininity is judged primarily by Black (and Latino) gay men. This reality as depicted on Pose is the perfect inverse of the dominant patriarchy. It’s both revolutionary and problematic in equal proportion in real life and on screen.

However what Pose shows us is that when we allow trans women and Black trans women to be the architects of their own stories, we can achieve a critical aesthetic lens on the lived experiences of our ancestors. So to me, Tongues Untied broke down a door for Black trans representation on screen that myself, Janet Mock, Our Lady J, Jill Solloway, and hopefully many more generations to come will walk through.

In Pier Kids, I try to allow my trans characters to speak for themselves without the burden of explanation. Instead, I take them as experts on their own lived experiences and challenge the audience to listen and be with these characters, rather than look at and be outside of them. I came up with this strategy after watching Tongues and realizing that this intervention was missing from Marlon’s vision. Yet even though his trans and gender non-conforming characters may lack a bit of agency, that does not detract from the value of seeing them on screen.

Bradley: When did you first see Tongues Untied, and what impact did the film have on you? What do you think its impact has been on filmmaking and society as a whole?

Bratton: I first saw Tongues Untied as a part of the course work for Black Masculinity in Film taught by the late Marcellus Blount. The film was a revelation for me. It filled me with an immense sense of joy and relief to see myself on screen in such defiant ways. Once I researched its roll out to the public, it became clear to me that this film was fire starter. The film led to protests of the National Endowment for the Arts and public television.

I’d always felt pressure to be silent about my sexuality within and without the Black community. As a child I thought it was because we were sinners and that to speak sin is a sin. After Tongues Untied, I realized that my sexuality was a political weapon. Each time I made love to another man I was dismantling a mythology around masculinity. With Pier Kids I knew I wanted to make a film that impacts the next generation the way Tongues influenced me. The camera in Pier Kids is another character with the youth. I am quite vocal behind it, and I do not try to hide myself at all. I’m upfront that the filmmaker is as much a character as anyone on screen.

Bradley: Tongues ambitiously takes an intersectional approach to tackle multiple dimensions of Black gay life. It is the only film that I can think of that both memorializes those who have died from AIDS while also celebrating the freedom and kinship of the Black Ballroom/House culture. There is a way in which it serves as an archive for future generations to witness Black queer men’s collective attempts to build community organized around visible representation rather than succumbing to a culture of silence and shame. What are some of the things the present youth who are the subjects of your films might be able to glean from Tongues?

Bratton: Because of the HIV/AIDS pandemic, there has been a critical loss of generational knowledge amongst Black gay men. Our elders simply are not here to help us advance our careers, to guide us through our love lives, and to teach us how to reconnect to our families. Tongues Untied fills this void with knowledge. If they watch Tongues, they will realize that every step they take is in the foot prints of those who’ve come before them. They will see a community of artists/activists like Essex Hemphill, Joseph Beam, Charles Angel, and so many others who fought until their last dying breath to make the world ready to receive and celebrate us today. That was probably the best part of Tongues for me, the way it exposed me to this rich history of Black queer cultural production throughout Generation AIDS that I was mostly unaware of. I went to the Schomburg recently for research on a fiction film about the Black AIDS crisis I’m working on and found all this communication between Marlon and his contemporaries. Tongues Untied has proved to be a gateway to self-discovery for me, and I believe it will remain so for future generations.

Keelyn Bradley is a PhD candidate in the Philosophy, Art and Critical Thought Division at The European Graduate School, Saas-Fee, Switzerland. He is currently writing his dissertation, “Suffering Neoliberalism: Searching for the Meaning of ‘the right to equal protection’ in an Era of HIV/AIDS and Terrorism.” This study intends to research Frantz Fanon and Hannah Arendt’s theories of violence and embodiment, and their dual relation to Karl Jaspers’ existentialism while addressing the social and historical developments between the aesthetic dimensions of disease, disability, race, and heteronormativity. His first collection of poetry, 'hunger,' is forthcoming. Follow him on Twitter @koal2k.