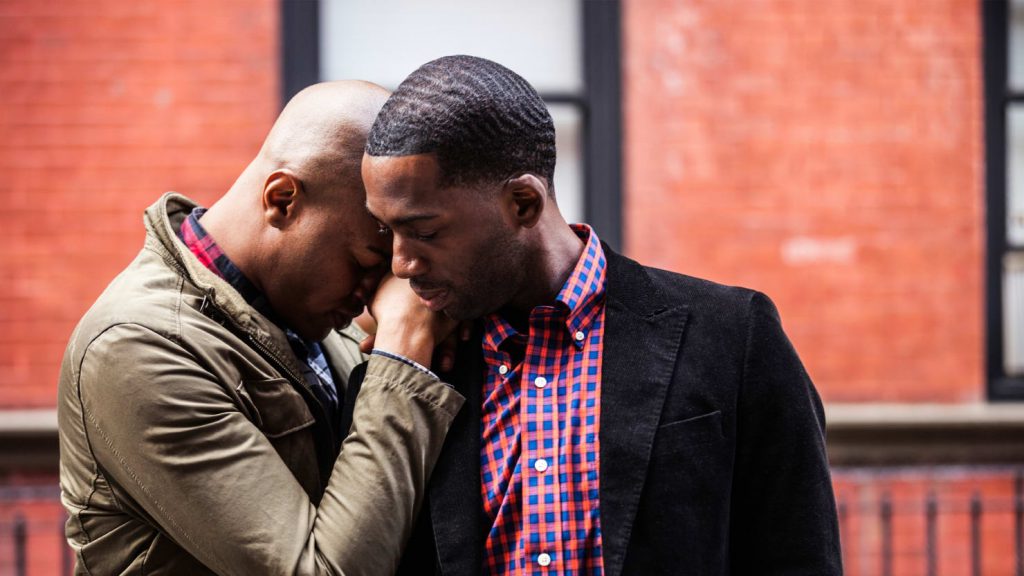 In “America’s Hidden HIV Epidemic,” her recent cover story for New York Times Magazine, Linda Villarosa documents the struggles of Black gay men in Jackson, Mississippi against HIV and AIDS. The scenes she describes of young men newly diagnosed with HIV and near death are shocking. The story seems like it should belong to a different era—to 1982, not 2017. Still, after decades of medical neglect shaped by racism, homophobia, and a collective indifference toward poverty, Black gay men in the South and across the country continue to die of a disease that for others has long since become a chronic but manageable condition.

Since doctors first began tracking the epidemic, AIDS has disproportionately devastated African Americans, who contract HIV at higher rates and die faster than any other racial or ethnic group. Reading Villarosa’s article, one gets the sense that Black gay men have been largely passive throughout the AIDS epidemic, too closeted and marginal to take action against the disease. The truth is, however, that a small but determined number of Black gay AIDS activists have been sounding the alarm about AIDS in Black America—including among Black gay men in the South—for decades.

In tracing the roots of her story, Villarosa describes the way that AIDS was initially framed as a disease of white gay men, and the lasting effect that this had on African Americans’ perceptions of the disease. She writes,

Including gay black men in the literature and understanding of the origins of the disease and its treatment could have meant earlier outreach, more of a voice and a standing in HIV/AIDS advocacy organizations, and access to the cultural and financial power of the LGBT community that would rise up to demand government action.”

Certainly, over the years many Black gay and AIDS activists have pointed to early depictions of AIDS as a “white gay disease” as one reason that Black communities did not recognize the growing crisis sooner. However, the exclusion of Black gay men from high-profile AIDS groups in the early years of the epidemic was the result not only of their absence from early AIDS statistics, but also of the racism and segregation that were endemic in urban gay communities. In the 1970s and early 1980s, Black gay men were often asked to show multiple forms of identification to get into gay bars, while their white counterparts entered freely. Some complained of white gay men who refused to take Black lovers home for fear of being robbed. Still others had been driven from gay neighborhoods altogether, displaced by the rising rents that came with gentrification.

These “gay ghettoes” also incubated early AIDS education, outreach, and activism. Groups like Gay Men’s Health Crisis and the San Francisco AIDS Foundation grew out of the mostly white social networks of well-connected gay men. Because the neighborhoods where they operated were unwelcoming—if not outright hostile—to Black gay men, and because many had little experience working with people of color, they often failed to reach Black gay men with even the little information about the new disease that was available.

Although race was missing from AIDS reports in 1981, within a few years it became clear that minorities suffered disproportionately from the new disease. Activists of color, including Black gay men, called on predominantly white gay AIDS groups, many of whom relied in part on public funding, to develop specific minority outreach programs. Some within established AIDS organizations were receptive to such appeals and genuinely wanted to extend and improve their services to minority communities. Hence, Gay Men’s Health Crisis, the San Francisco AIDS Foundation, and others developed AIDS education programs for local Black and Latino communities by the late 1980s.

However, funding for these programs lagged behind infection rates in the communities of color they were meant to serve. As minority activists pushed for a more concerted response, some white gay leaders and volunteers within established AIDS service organizations balked, labeling them “divisive” for bringing race into a discussion that was then largely understood in terms of sexuality. For example, when Rashidah Hassan, founder of the group Blacks Educating Blacks About Sexual Health Issues, criticized the Philadelphia AIDS Task Force for their paltry outreach to the city’s African American community, one volunteer wrote an angry letter to the Philadelphia Gay News. “When was the last time,” he asked, “that half of the monies and efforts by any black organization were used to further the health and welfare of whites?”1

As the number of AIDS cases among African Americans continued to rise throughout the middle and late 1980s, Black community institutions began to organize against the disease, albeit slowly and unevenly. In 1986 the Southern Christian Leadership Conference organized a symposium on “AIDS in the Black Community,” but only invited a Black gay speaker after activist Gil Gerald pointed out their absence from the program. Federal agencies also made limited moves to address AIDS in minority communities, but in ways that kept Black gay men on the margins. When the Centers for Disease Control announced the first recipients of its new National AIDS Minority Information and Education program in 1988, only one group specifically for gay and bisexual men of color—the National Task Force on AIDS Prevention (NTFAP)—was among the grantees.

NTFAP worked to mobilize African American political elites around the AIDS crisis among black gay men, but the response they got was lukewarm at best. The group’s leaders conducted dozens, if not hundreds, of “Hot, Horny & Healthy!” safer sex workshops with Black gay men around the country. The program drew criticism from conservative pundits, but in 1990 Black city officials in Washington, DC also saw fit to censor a flyer promoting the workshop because it featured a man’s naked torso. The following year NTFAP, along with other Black gay and AIDS groups and Representative Maxine Waters, organized a hearing for the Congressional Black Caucus on the issue of AIDS among African Americans. Aside from Waters, only one of the Caucus’s twenty-six members—Mervyn Dymally—attended.

NTFAP also surveyed Black gay men to find out what they knew about AIDS and what they were doing to protect themselves. Their first study, released in 1990, found that while most Black gay men knew how HIV was spread, they continued to have unprotected sex. This was evidence, the group’s leaders argued, that AIDS prevention programs designed with white gay men in mind had failed to reach their Black counterparts. A second survey, focused on the South, concluded that too few AIDS programs for Black gay men existed there. Meanwhile, CDC statistics showed a rapidly growing AIDS epidemic among Southern Black gay men: between 1990 and 1995, the number of new AIDS cases diagnosed among Black gay men in the region increased 109 percent.

In response, NTFAP launched the Ujima Project to help Southern community groups develop HIV/AIDS services for Black gay men. The group hosted a three-day conference in Jackson, Mississippi in 1996, with workshops covering topics that ranged from community organizing to grant writing to Black gay identity and empowerment. However, not long thereafter NTFAP ran into financial troubles and folded in 1998.

By the late 1990s Black intellectual, political, and cultural leaders had joined the fight against AIDS en masse. This too resulted from the efforts of Black gay men, particularly Mario Cooper. Cooper, who grew up in Mobile, Alabama and was HIV positive, used his White House connections to press the Clinton administration on AIDS issues, particularly in communities of color. As chairman of the AIDS Action Council, he led an effort to change the way that federal funds from the Ryan White program were appropriated, channeling more resources to states like Mississippi. Then, in 1996 Cooper spearheaded the Leading for Life campaign, which convened over a hundred African American leaders to discuss the impact of AIDS on Black America. That meeting led to a call by the Congressional Black Caucus for new, targeted AIDS funding, and in 1998 Congress authorized the Minority AIDS Initiative, with $165 million aimed at reducing HIV/AIDS in communities of color.

Far from powerless or passive, Black gay men have been leaders in the fight against AIDS. But unless we recognize this history of activism, it becomes too easy to shift blame for the disease back on to those who suffer the most from it. To the contrary, HIV and AIDS index nearly every form of social inequality, which is precisely why they thrive in places like Jackson, Mississippi. What, then, is the way forward? Black gay men have been telling us—it’s long past time that we listened.

Dan Royles is an assistant professor of history at Florida International University in Miami. His forthcoming book, To Make the Wounded Whole: African American Responses to HIV/AIDS (University of North Carolina Press), examines the diverse ways that black communities have responded to the HIV/AIDS epidemic over the last thirty-five years. Follow him on Twitter @danroyles.

Comments on “Race, Homosexuality, and the AIDS Epidemic”