loading...
By Matthew Teutsch September 20, 2017 Comments Off on The Black Intellectual Tradition and Hip Hop

Pictured in profile on the cover The Narrative (2016), hip hop artist Sho Baraka calls upon listeners to draw connections between himself and Frederick Douglass. If we do not catch the allusion, he proclaims on “Soul, 1971,” “I’m Frederick Douglass with a fade.” As participants in the musical experience, Baraka wants to engage listeners in a conversation with not just the present but also the past. References to writers and historical figures such as Phillis Wheatley, Benjamin Banneker, George Washington Carver, and Booker T. Washington abound alongside current activists and artists such as Kenya Barris, Kehinde Wiley, Kara Walker, and Leon Bridges as Baraka addresses current issues such as gentrification, mass incarceration, economic inequalities, and educational disparities.

Through this confluence, the album makes listeners encounter a Black intellectual tradition that began centuries before Sho Baraka arrived on the scene. Adding to the lyrical allusions, the song titles on The Narrative exhort the audience to consider the past in the present. Each title carries a date that references either a moment in Sho Baraka’s own life or a moment in national and world history. The opening song, “Forward, 1619,” alludes to the year attributed to the first enslaved Africans arriving in Virginia. Tackling political leanings, “Maybe Both, 1865” alludes to Emancipation, and “Profet, 1968” alludes to Martin Luther King Jr.’s assassination. 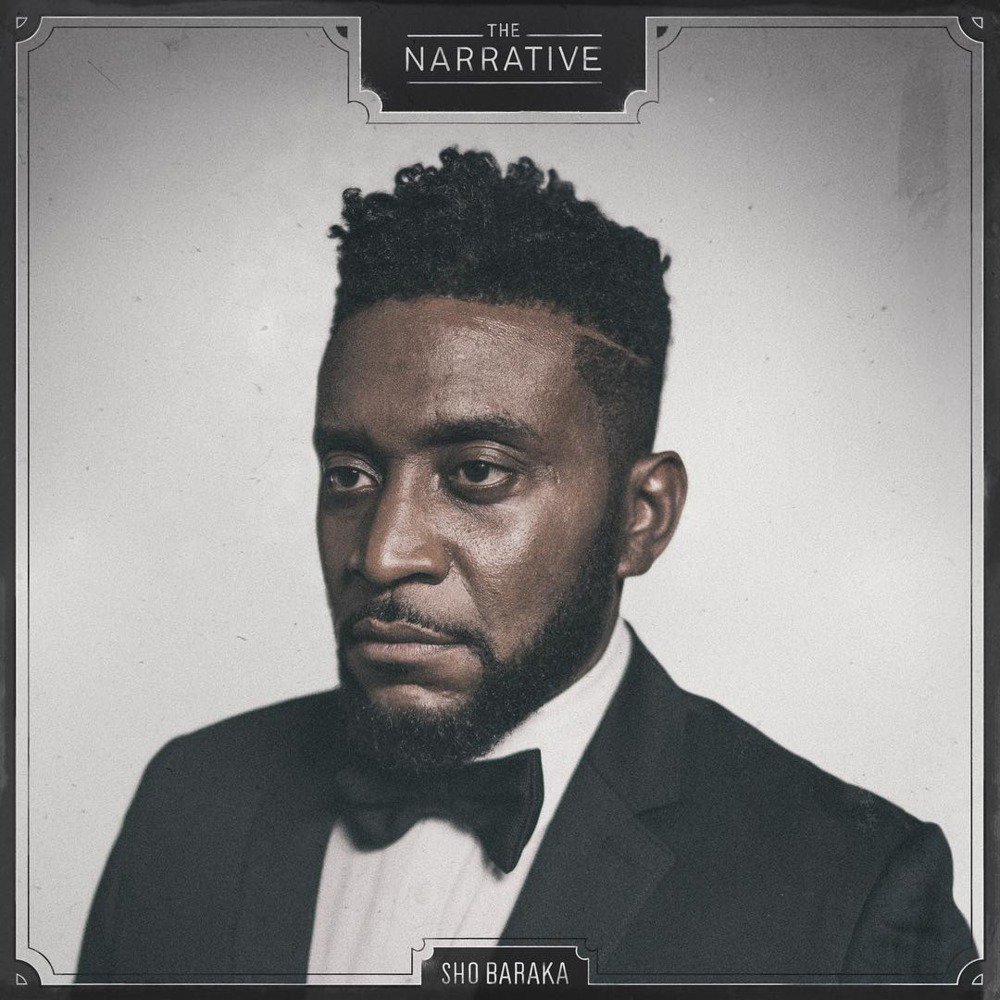 On “Maybe Both, 1865,” Baraka critiques both political parties, drawing upon Malcolm X’s “Ballot or the Bullet.” After channeling David Walker, Maria Stewart, and other abolitionist activists who confronted the hypocrisy of professing Christians that kept Blacks in a position of subjugation, Baraka raps,

Put a dollar to your ear, you can hear the moaning of a slave
America the great was built off the labor that they gave
Jefferson and Washington were great peace pursuers
But, John Brown as a terrorist and an evil doer
Oh yes, God bless the American Revolution
But, God ain’t for all the riots and the looting

As Walker does in his Appeal, Baraka directly references the fact that enslaved individuals built the nation. Asking how America allows Greeks and Irish to assimilate into American society, Walker asks, “Nations who have never done the least thing for them [America], while we, who have enriched their country with our blood and tears–have dug up gold and silver for them and their children, from generation to generation, and are in more miseries than any other people under heaven, are not seen, but by comparatively, a handful of the American people?” Going a step further, Baraka critiques our mythologizing of Founding Fathers such as Thomas Jefferson and George Washington who both owned slaves. Baraka works within the tradition of Walker who confronts Jefferson head-on. These types of moments continue with a Black intellectual tradition and serve as an entry point for listeners to examine the ways that racist thought gets perpetuated.

Similarly, Propaganda’s “Precious Puritans” creates a soundscape that recalls the plantation system and the Middle Passage through the stomping of feet, chains rattling, the changing voices, and drums all call to mind slave coffles or rhythmic work songs. The sound of seagulls and the creaking of a ship afloat on the ocean and the auditory cacophony comes together to paint a picture that embodies American colonization as well as the terror of slavery.

Like Baraka, Propaganda asks listeners to question our reverence for thinkers such as Cotton Mather and Jonathan Edwards–Puritans who advocated slavery and racism. After commenting on Christopher Columbus and Hernando Cortez, he launches into lines that directly confront Mather, Edwards, and Puritan thinkers. Propaganda raps,

They looked my onyx and bronze skinned forefathers in they face
Their polytheistic, God-hating face
Their shackled, diseased, imprisoned, face
And taught a Gospel that said that God had multiple images in mind when He created us in it
Therefore destined salvation contains a contentment
In the stage for which they were given
Which is to be owned by your forefather’s superior, image bearing face
Says your precious Puritans

Mather, as historian Ibram X. Kendi notes, “preached racial inequality in body while insisting that the dark souls of Africans would become white when they became Christians.” This inequality played into “the human hierarchy” to which most Puritan thinkers adhered–placing God on top as the “heavenly master,” earthly masters in the middle, and enslaved individuals at the bottom. “Precious Puritans” confronts the false sense of the American Dream that arose out of the Protestant work ethic: “Your precious puritans were not perfect/ You romanticize them as if they were inerrant/ As if the skeletons in they closet was pardoned due to they hard work and tobacco growth.” 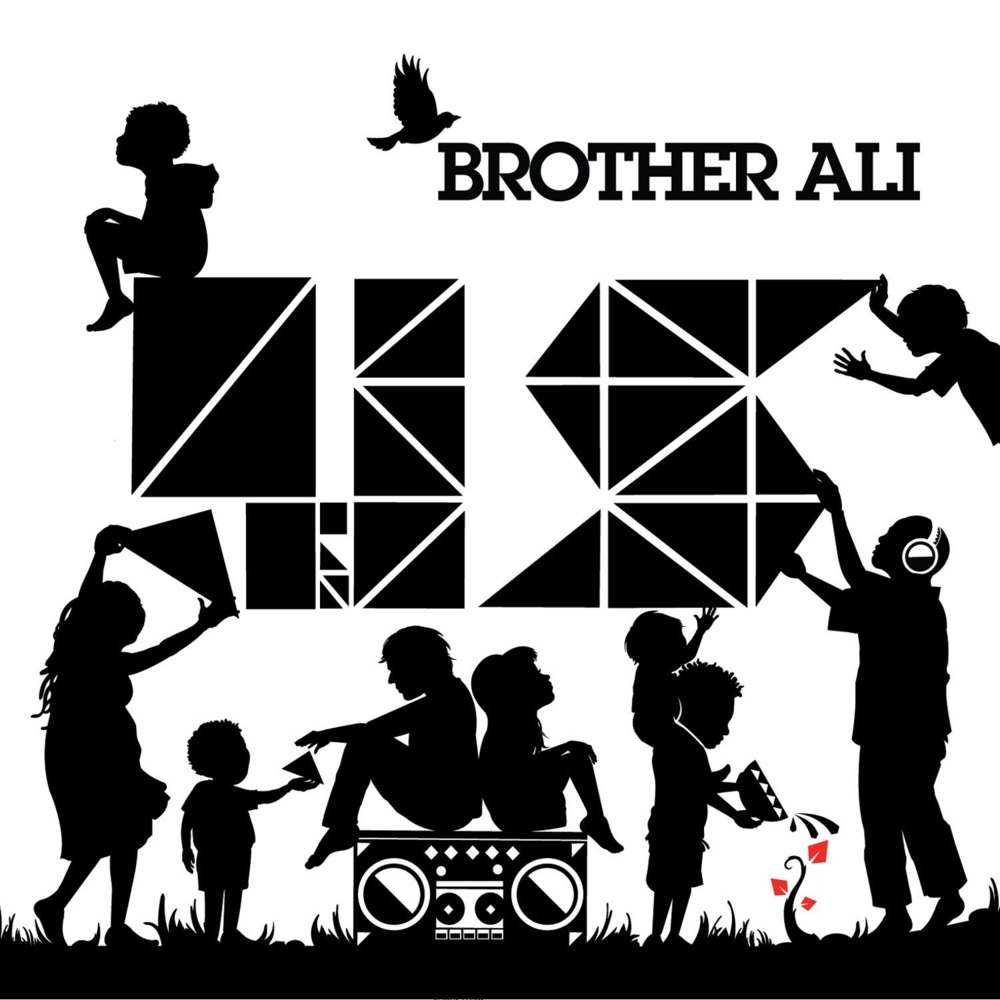 Similar to Propaganda’s album, Brother Ali’s “The Travelers” (2009) also engages in the Black intellectual tradition through its contemporary perspective on the Middle Passage and the lingering effects wrought by the institution of slavery. Brother Ali cites James Baldwin’s The Fire Next Time (1963) and its opening essay, “My Dungeon Shook” as inspiration for the track. Baldwin addresses the history of slavery and racism in the letter and tells his nephew, “This innocent country set you down in a ghetto in which, in fact, it intended that you should perish.” Baldwin confronts a country that places Blacks and other people of color below whites through the mechanisms of religion and other institutions.

Encapsulating the trauma caused by slavery in this country and the way it affected enslaved individuals, Brother Ali begins “The Travelers” with the Middle Passage, and his descriptions call to mind Equiano’s Narrative and Thomas Clarkson’s images in The History of the Rise, Progress, and Accomplishment of the Abolition of the African Slave Trade by the British Parliament (1808):

Shackles are heavy on the wrist
Stacked like sardines, in the belly of a ship
Live in your own piss and shit and being seasick
Cracked across your back with a thick leather whip
Salt water burns through your wounds

Brother Ali paints a vivid picture of the Middle Passage, and Equiano describes the hold of the slave ship similarly: “I was soon put under the decks, and there I received such a salutation in my nostrils as I had never experienced in my life: so that, with the loathsomeness of the stench, and crying together, I became so sick and low that I was not able to eat, nor had I the least desire to taste anything.” After narrating the slave’s experience, Brother Ali turns towards the psychological effects of slavery on the oppressor.

Now stop and imagine that’s you
Now stop imagining unravel the truth and ask
Just who is it happening to?
Everything the passenger do
The driver experience too

He points out the social construction of race that has survived throughout history and how that construct comes to us today: “Trapped in a history we don’t understand.” Echoing Baldwin, who tells his nephew that “[whites] are, in effect, still trapped in a history which they do not understand,” Brother Ali seeks to instruct his listeners on the absurdity of maintaining a system based on fallacious constructs.

Continuing his examination, Brother Ali calls to mind David Walker’s appeals for his audience to read Jefferson’s Notes on the State of Virginia so they could see how racist ideas are perpetuated. Walker points out that Jefferson’s ideas were disseminated throughout the white psyche, thus continuing and constructing oppression. Brother Ali notes this continuation by pointing out the ideas that carry over from one generation to the next: “Our identity is hinged upon the miserable/ myth we’ve been taught since we’re born.” Baldwin links the history of racism to white identity as well. He tells his nephew, “[T]he danger, in the minds of most white Americans, is the loss of their identity” if they act and oppose the structures that benefit them.