“Why?” So begins Nikki Taylor’s smart and probing microhistory of enslaved woman Margaret Garner’s murder of her child. But Taylor’s new book is more than a pure legal analysis of the trial, or an examination of the brutal living realities of enslaved women. Drawing from a historiography shaped in large part by the late, great Stephanie H.M. Camp, Taylor deftly weaves together legal history, the complexities of slavery and gender, and the more recent elucidations on the effect of violence and trauma on enslaved men and women.1 The result is another fine contribution to the growing number of excellent Black feminist scholarly endeavors, which either explicitly focus on the experiences of Black women, or wherein considerations of women feature.

Notably, Driven Toward Madness fits neatly with discussions on Sowande Mustakeem, Marisa Fuentes, and Terri Snyder’s recent books about the meaning of violence against enslaved women (and Black men and women in general). To wit, under ordinary conditions, it would be extraordinary to consider suicide as a means of freedom. But the Transatlantic Slave Trade produced extraordinary circumstances that ravaged the Black psyche. This is the crux of Taylor’s argument. She is challenging her readers to look beyond visceral reactions to a mother’s murder of her child, and understand it within the complexities of the traumas inflicted on enslaved women and see it as an act of resistance.2

To appreciate Taylor’s argument, the reader must be willing to understand extreme acts within the context of the extreme and frequently violent conditions in which they occurred. And also, the reader must note that reactions to events like Garner’s murder of her toddler followed common racial stereotypes that depict Black people (especially women) as impulsive, angry, and inherently violent.

Taylor begins with a discussion of the failed 1856 escape of the Garner family, a group of eight kin from Boone County, Kentucky, who were enslaved by two different masters. The Garner family’s escape was unusual, as Taylor reminds us. While their close proximity to non-slave-holding Cincinnati, and the assistance of free kin would normally suggest better-than-average (if still poor) odds of a successful escape, the Garners’ attempt was particularly risky due to the size of the party, and the fact that they had four very young children among them. Moreover, the woman at the center of the story, Margaret Garner, was pregnant at the time of the escape. In all, approximately 1% of escape attempts from Boone County, Kentucky had actually been successful, so it is of little surprise that this high-risk escape failed. 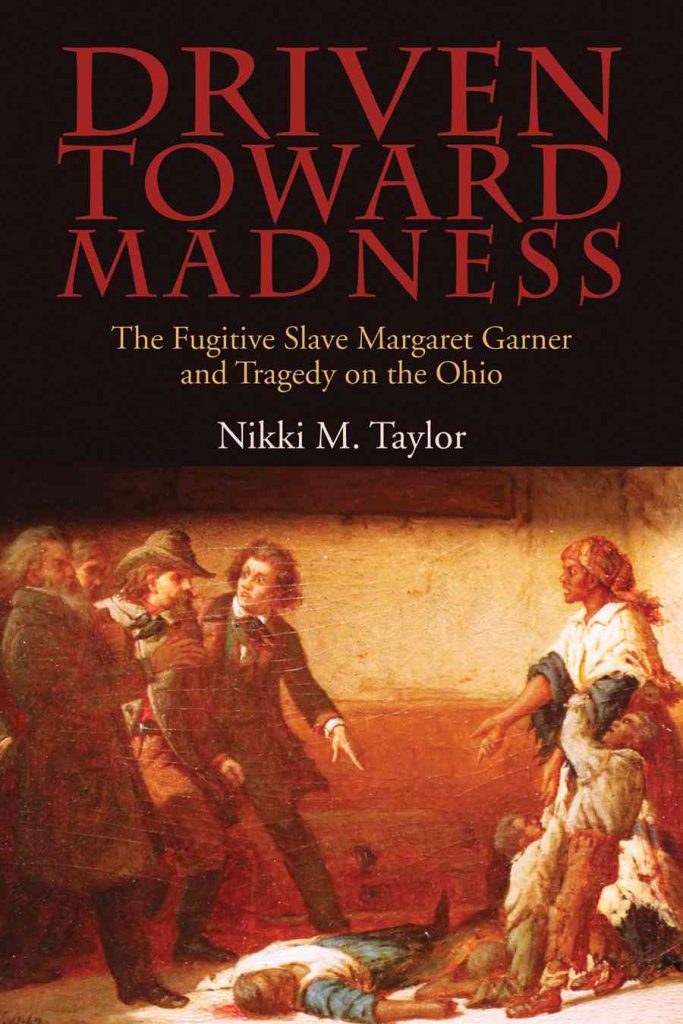 That Garners were caught in Cincinnati, Ohio, a city with a large population of African-Americans and a critical abolitionist network. As Taylor notes, geography complicated the case when their owners attempted to reclaim them under the Fugitive Slave Act of 1850, pitting state and federal courts against each other.3 Shortly after their capture, a state court issued a writ of habeas corpus, on the grounds that slavery was illegal in Ohio, and the family was being impermissibly detained. But federal marshals at the prison where the family was held repudiated the local sheriff’s attempts to serve the writ and secure the Garners’ freedom, on the grounds that the federal claim overruled state law.

There was also the matter of the murder case, a separate but related charge to be settled. John Jolliffe, her defense attorney and celebrated abolitionist lawyer, attempted to have his client tried in Ohio, hoping that a trial in a free state would result in a better outcome for Garner. In the end, Judge Pendery ruled that the case fell under federal jurisdiction, with unfavorable results for the Garners. The Garners were returned to their masters in Kentucky. When Ohio later returned a murder warrant against Margaret Garner, she could not be found because Archibald Gaines, her master, continued to move her around first within Kentucky, and eventually to his brother’s plantation in Arkansas.

Some readers may wish to hear more of the legal context surrounding the case, but it should be acknowledged that this was not Taylor’s sole purpose. This book was not intended to be an in-depth, technical legal history, and Taylor’s tight focus on Garner is understandable. Rather, the murder and subsequent trial was a device for attempting to understand why Garner killed her child and attempted to kill her other children. Moreover, the care with which Taylor chose what aspects of legal history to include makes the book easy to follow for those who are not legal historians.

What is particularly striking about this book is Taylor’s deft navigation of the uses and manipulations of Margaret Garner, both as a feminist and abolitionist figure and her insertion into proslavery racisms. That Garner was the subject of many racist tropes will not surprise anyone who is familiar with the nineteenth-century, but the book would have been incomplete without an acknowledgment thereof. Where Taylor’s work especially shines is in her assessment of the use–and sometimes exploitation–of Garner as a heroic antislavery figure by white women abolitionists, such as Lucy Pittman Stone. As Taylor points out, Stone used Garner’s experiences, as a Black woman, as “the basis of activism.” She and other white woman abolitionists, including Sarah Grimke, Lydia Maria Child, and Harriet Beecher Stowe all viewed Garner as an archetype of the “sexually defiled woman and traumatized slave mother” who stood up against her oppressors.4 These white abolitionists portrayed her as a figure of women’s rights, though their emphasis on the violence in her act played into racial tropes.

Ultimately, Driven Toward Madness is both heartbreaking and fascinating. Taylor has produced a provocative, thoughtful, and indeed womanist analysis of a Black woman who faced impossible circumstances. As a society, we are not generally conditioned to feel sorry for a woman who kills her child. Yet, Taylor’s arguments are so persuasive that it is impossible not to recognize both the damage to her subject’s psyche, and her desperation to prevent her children from living out their lives as property. She also offers incredibly valuable insights into the mind of an enslaved woman. Moreover, she notes that Mary Garner, the toddler who was killed, and another Garner daughter appear to have been the primary recipients of Garner’s efforts. Taylor then suggests that Garner may have seen this as the best defense against their being subjected to a lifetime of slavery and violence, including rape.

Comments on “Margaret Garner and the Complexities of Slavery and Gender”