loading...
By Lowell Beveridge February 14, 2019 Comments Off on The Black Press and the Legacy of Liberator Magazine

As the Editor of Liberator for the first four and a half years of its existence, I have often wondered what was accomplished–was it worth the effort? The cost to me included several thousand dollars of my own money, about 2,500 hours of my time, a neglected and unhappy wife, and time not spent with my infant son. The publisher, Dan Watts, and other staff members made similar sacrifices. Personally, I have no doubt that it was worth the price. I got to meet and work with a wonderful group of people, developed my skills, had a feeling of accomplishment, and enjoyed the work. When the internal politics made it no longer enjoyable and the strain on my personal and professional life became too great, I resigned as Editor.

It is more than a half century since I left the staff in the fall of 1965. During that time, I never received any feedback about Liberator and was beginning to think that I had been “crying in the wilderness,” until Chris Tinson contacted me about five years ago and asked for an interview. That led to a new friendship, some further thinking on my part, and eventually more information in the form of his book Radical Intellect. Chris has not directly addressed the question of what was accomplished by Liberator, and I don’t think it is possible to answer that question with any certainty. One cannot point to an idea or program or individual that brought about any change. Indeed, very little of importance has changed; the statistics comparing the Black population to the rest of our country remains relatively unfavorable with regards to income, wealth, education, mortality, incarceration, etc.

Some things have, however, changed dramatically. The number of independent African countries has gone from two to over fifty. Over two million Africans immigrated to the USA in 2015 as opposed to 35,000 in 1960. Black studies programs in colleges have gone from zero to over fifty, and courses in African and African American history and culture are widely available. The number of books published by and about Africans and African Americans has greatly increased and are available in most bookstores. The percent of African Americans graduating from college has gone from 3% in 1960 to 20% in 2015. These were all areas of concern to Liberator writers, and they may indeed have had some minor influence on those developments. I did receive sort of a back-handed confirmation a few years ago when I applied for and got my FBI files and found that agents had been keeping an eye on me during my stint at Liberator and had noted my role as Editor. If J. Edgar Hoover thought it was important, maybe it was.

I doubt that I was the only person connected with Liberator who was of interest to the FBI or CIA, but Tinson does not explore this avenue of inquiry in his book. It has occurred to me that Hoover may even have given some clandestine encouragement to Liberator or some people associated with it because of its editorial attacks on his bête noir, Martin Luther King, Jr.

But did the Liberator have any impact on the quality of life of the average African American? Well maybe not, but “hope springs eternal in the human breast”, and in spite of the lack of evidence of efficacy, I personally believe the publication of Liberator was a positive contribution. I would do it again and am confident there are many who agree. 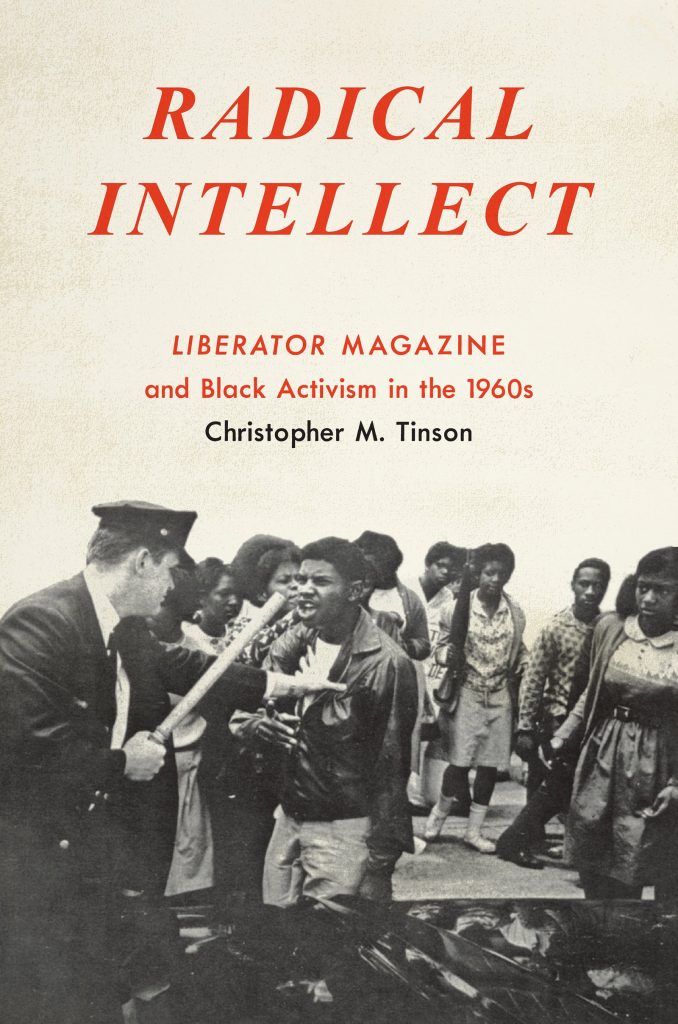 The twenty-first-century version of Liberator would be quite different in format and content. Indeed, it probably already exists. The internet is full of sites offering, or trying to offer, content similar to that of Liberator. Yes, the format would be digital. Today, I could sit at my computer at home and research, produce, and distribute a digital issue of Liberator at little cost and much faster than fifty years ago. Back then, there were no digital, searchable data bases and archives available for research; communication, especially long distance, was expensive; we had no copying machines; manuscripts were hand written or typed and had to be type-set on a VariType machine; headlines were hand set using Letraset; illustrations were photocopied; mechanicals were hand-pasted; printing was by offset; and each copy had to be addressed by hand and mailed at the post office–all of which was time consuming and expensive. The time, effort, and expense required to produce an issue of Liberator, however, was a vetting and winnowing process. Technology has made it so easy and cheap to research, produce, and distribute content that we no longer value it as we used to. Too much choice is no choice at all.

As for difference in content, as Tinson stated, “The core staff of the periodical saw themselves as part of the critical vanguard of U.S.-based activists charged with interpreting and analyzing the impact of African liberation on domestic struggles in the United States and vice versa.” This was true in the beginning, but not so much toward the end. The first issue of Liberator was a mimeographed five-page analysis of the Congo Crisis and U.S. complicity in the assassination of Patrice Lumumba, written by me. As the years passed and most of Africa was nominally “liberated,” content of Liberator dealt more and more with domestic issues and less and less with Africa. This was not a conscious editorial decision, but rather a response to the interests of our readers. This seems to me to be a continuing trend. Possibly because the high expectations aroused by movements lead by African leaders–Lumumba, Nkrumah, Touré, Mandela, etc.–were not realized. The old Garveyite dream is fading, but life itself keeps stirring up the tie between Africa and the African diaspora. When African diplomats and immigrants come to the USA, they are still discriminated against, and worse, our President still talks about their “shithole countries.” So a movie like Black Panther gets an enthusiastic reception reviving the old ties to “mother Africa.” May the Liberator spirit live on and flourish on the internet!

Lowell P. Beveridge Jr. is the author of the memoir Domestic Diversity: and Other Subversive Activities (Mill City Press, 2009) and served as the Editor for the Liberator magazine from 1961 to 1965. Combining radical journalism with on-the-ground activism, the magazine was dedicated to the dissemination of a range of cultural criticism aimed at spurring political activism.