loading...
By Rebecca Brenner Graham March 3, 2018 Comments Off on Slavery and the History of Abolition: An Interview with Manisha Sinha 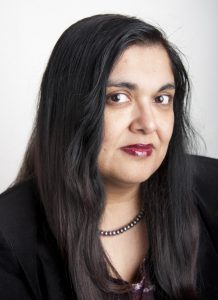 In today’s post, Rebecca Brenner, a PhD candidate in the Department of History at American University, interviews Manisha Sinha on her new book The Slave’s Cause: A History of Abolition, which was recently published by Yale University Press. Dr. Sinha is the James L. and Shirley A. Draper Chair in American History at the University of Connecticut. She was born in India and received her PhD from Columbia University where her dissertation was nominated for the Bancroft prize. Her recent book, The Slave’s Cause, was reviewed by The New York Times, The Atlantic, and The Boston Globe, among other newspapers and journals. Her first book, The Counterrevolution of Slavery, was named one of the ten best books on slavery in Politico in 2015. In 2017, she was named one of the “Top 25 Women in Higher Education and Beyond” by the magazine Diverse: Issues in Higher Education. She is a member of the Council of Advisors of the Lapidus Center for the Historical Analysis of Transatlantic Slavery at the Schomburg, New York Public Library, co-editor of the “Race and the Atlantic World, 1700-1900,” series of the University of Georgia Press, and is on the editorial board of the Journal of the Civil War Era. She is currently writing a book on Reconstruction under contract with Basic Books. Follow her on twitter @ProfMSinha.

Rebecca Brenner: Your book restores the centrality of Black perspectives in the abolition movement. What did previous scholarship on abolition get wrong, and why?

Manisha Sinha: Ever since Benjamin Quarles published his landmark book, Black Abolitionists, and even earlier, when African American abolitionists and historians wrote about Black contributions to abolition, we have known that African Americans played a role in the abolition movement. Recent scholarship has also highlighted early Black activism and the lives of particular leaders. But much of this work had not led to a re-evaluation of the abolition movement as a whole and had developed as a separate sub-field. Besides the usual acknowledgment that abolitionists were influenced by Black rejection of the colonization program, we had no sense of how African Americans, free and enslaved, continuously shaped the abolitionist program and tactics.

Following the lead of a few historians of the Caribbean who have looked at the role of slave rebellions, particularly the Haitian Revolution, in abolition, I insist that slave resistance rather than bourgeois liberalism was central to the American abolition movement, where such connections were intimate and proximate. Besides one or two suggestive pieces, American historians have not fully understood the seminal role of slave rebellions and fugitive slaves in radicalizing the abolition movement and its significance for national politics, international law and diplomacy. In fact, most historians of American slavery have traditionally tended to downplay the notion of slave resistance. I sought to re-imagine the abolition movement, fueled by slave resistance, as a radical, interracial movement that changed the course of American history.

Brenner: The Slave’s Cause offers an unprecedented synthesis of international influences and Black perspectives in the Abolition movement. What new sources or methods did you use to produce this path-breaking account?

Sinha: Much of the sources I used are well known such as the manuscripts of the Anti-Slavery Collection at the Boston Public Library and the vast abolitionist print culture of newspapers, pamphlets, books, and minutes of hundreds of abolitionist societies, including those from the revolutionary era housed in the New York Historical Society and the Historical Society of Pennsylvania. I read every issue of The Liberator from 1831 to 1865 because William Lloyd Garrison reported on the movement as a whole, on Blacks, women, non-Garrisonians, sympathetic antislavery politicians, and on other contemporary movements and international developments.

I also took early Black writing seriously and read nearly every slave narrative published before the Civil War. Some objected to my using Black writing as a historical source for the abolition movement, and here I benefitted far more from work being done by literary scholars than historians. I was also lucky that many sources for my book were digitized as I wrote this book over the last ten years. I read the Black Abolitionist Papers in print, on microfilm, and then finally, digitally! The Slavery and Antislavery collection also contains abolitionist sources from Britain, which can help tease out the transnational network of protest that abolitionists built. Some of these, such as the names of early Indian nationalists and social reformers that had escaped the attention of most American historians, were familiar to me so that I could develop a very different reading of the connection between abolition and the early labor, anti-imperialist, utopian socialist, pacifist, and women’s movements.

Most importantly, African Americans were just as important to building these overlapping networks of international radicalism as whites and pioneered in resisting the new racial science. My biggest “aha” moment was when I discovered that Garrison got his condemnation of the US Constitution as a “covenant with death” and “agreement with hell” from the Black abolitionist clergyman, Reverend James W.C Pennington, a non-Garrisonian, who used it in a virtually forgotten pamphlet to condemn the fugitive slave clause of the Constitution and the fugitive slave laws.  It made sense to me because Pennington, who received an honorary doctorate in theology from the University of Heidelberg in 1849, was well-versed in the Bible from which he drew that quote, while Garrison was not particularly religious. 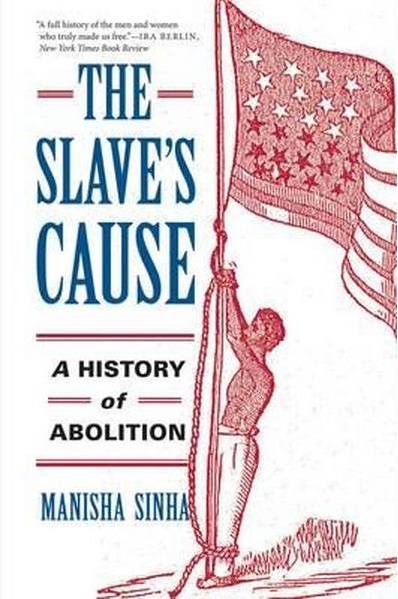 Sinha: That is a great question. The easy answer is that I wanted to write a book about people I actually liked, abolitionists rather than slaveholders. But seriously, I had studied the vanguard of proslavery ideology and constitutional theory in looking at South Carolinian slaveholders. In a way, African American abolitionists were their exact opposites; they were at the vanguard of the abolition movement, a fact that most radical white abolitionists recognized and appreciated. I was also able to fully appreciate what the abolitionists were up against having studied slaveholders’ overweening political and economic power in the early American republic. It used to irritate me as a graduate student to read many historians who wrote about the theoretical sophistication of proslavery thought and dismissed anything else as “neo-abolitionist” history.

I did not think that previous historians of abolition had done full justice to the political influence, intellectual heft, religious liberalism, and radical activism of the movement, nor had they captured it in its full diversity. While works by, to name a few, Robert Abzug, Nell Painter, Gerda Lerner, Vincent Harding, John Stauffer, Lewis Perry, David Blight, Julie Roy Jeffrey, Bruce Laurie, Eddie Glaude, and W. Caleb McDaniel on different historical actors pointed in the right direction, we still needed, in my opinion, a new historical narrative of abolition. I guess that is why I ended up writing a big book.

I found writing about Black resistance and abolition to be a much more inspiring exercise than writing about slaveholders’ ideology and the politics of slavery. I think that is why W.E.B. Du Bois called abolition “the finest thing in American history.”

Sinha: Some people tell me that I timed this book perfectly, since the book came out when radical social movements like Black Lives Matter, Occupy Wall Street, and now the #MeToo movement had emerged. If only I was that prescient, since I had been working on this book for over ten years! But I have been most heartened by the reception the book has received from contemporary activists beyond the world of academia. The book was written during the historic presidency of Barack Obama, when I was in a very optimistic mood, when the possibilities of pushing mainstream American politics to the left was much greater. Now things have changed so drastically. But the lesson of the book, if there is one, is needed even more today: that it takes ordinary American citizens, Black and white, women and men, to shift the pendulum of politics and push at the boundaries of American democracy. For instance, I have been lecturing on what the current day sanctuary movement can learn from the abolitionist opposition to the implementation of the fugitive slave laws. I think the aftermath of the abolition and civil rights movements reveal that we can never be complacent about our victories, that they can be quickly undone and that the battles for social justice have to be fought continuously.