This post is part of my blog series that announces the publication of selected new books in African American History and African Diaspora Studies. Today is the release date for The Price for Their Pound of Flesh: The Value of the Enslaved from Womb to Grave in the Building of a Nation, published by Beacon Press. 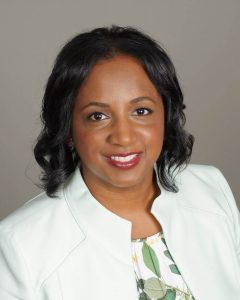 The author of The Price for Their Pound of Flesh is Daina Ramey Berry. Professor Berry is an associate professor of history and African and African diaspora studies and the George W. Littlefield Fellow in American History at the University of Texas at Austin. An award-winning historian, she is also a Distinguished Lecturer for the Organization of American Historians. Berry is a specialist in the history of gender and slavery in the United States with a particular emphasis on the social and economic history of the nineteenth century.

Her first book, Swing the Sickle for the Harvest is Ripe: Gender and Slavery in Antebellum Georgia (University of Illinois Press, 2007), examined slave labor, family, and community in two distinct regions. She is also the editor-in-chief of the award-winning book Enslaved Women in America: An Encyclopedia (ABC-Clio, 2012), and she published the award-winning volume Slavery and Freedom in Savannah (University of Georgia Press, 2014), edited with Leslie Harris. In addition, Berry has appeared on several syndicated radio and television shows, including NPR, NBC, PBS, C-SPAN, and the History Channel. She is an advocate for public history and served as one of the technical advisers for the remake of the Roots mini-series, which aired in the summer of 2016. Follow Professor Berry on Twitter @lbofflesh. 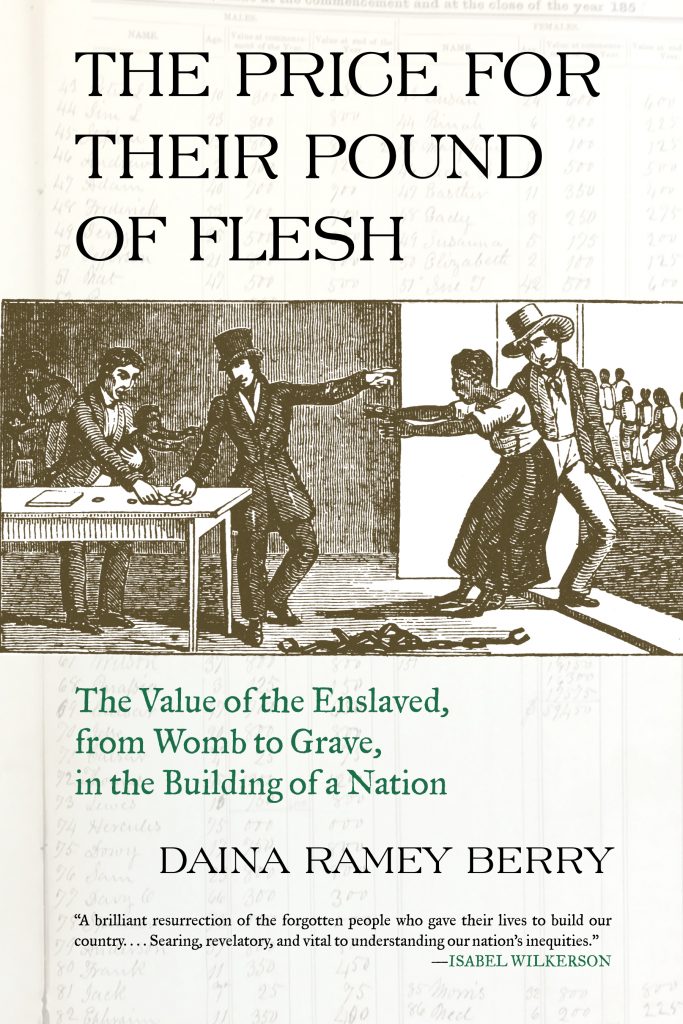 In life and in death, slaves were commodities, their monetary value assigned based on their age, gender, health, and the demands of the market. The Price for Their Pound of Flesh is the first book to explore the economic value of enslaved people through every phase of their lives—including preconception, infancy, childhood, adolescence, adulthood, the senior years, and death—in the early American domestic slave trade. Covering the full “life cycle,” historian Daina Ramey Berry shows the lengths to which enslavers would go to maximize profits and protect their investments. Illuminating “ghost values,” or the prices placed on dead enslaved people, Berry explores the little-known domestic cadaver trade and traces the illicit sales of dead bodies to medical schools.

This book is the culmination of more than ten years of Berry’s exhaustive research on enslaved values, drawing on data unearthed from sources such as slave-trading records, insurance policies, cemetery records, and life insurance policies. Writing with sensitivity and depth, she resurrects the voices of the enslaved and provides a rare window into enslaved peoples’ experiences and thoughts, revealing how enslaved people recalled and responded to being appraised, bartered, and sold throughout the course of their lives. Reaching out from these pages, they compel the reader to bear witness to their stories and to see them as human beings, not merely commodities.

A profoundly humane look at an inhumane institution, The Price for Their Pound of Flesh will have a major impact how we think about slavery, reparations, capitalism, nineteenth-century medical education, and the value of life and death.

Daina Berry has written the richest account of the many ways in which an enslaved African American’s body was bought and sold throughout her or his lifetime. From the cradle to the grave and beyond, enslavers priced black bodies based on their imagined fitness for labor, sexual exploitation, use as collateral, and even their value after death as dissection cadavers. In horrific detail, Berry shows that there was a price tag placed on every pound of flesh. She also shows the efforts of enslaved people to assert that their lives had values beyond the money that could be rendered from their muscles and extracted from their bones. Out of the certainty that their souls were pearls beyond price, black people fought to make room for their own system of human values. —Edward E. Baptist, author of The Half Has Never Been Told: Slavery and the Making of American Capitalism

Ibram X. Kendi: Tell us a little bit about how you produced this book. What were your source materials, intellectual approaches, and writing style?

Daina Ramey Berry: After seeing multiple references to enslaved people’s prices in plantation records, I became interested in exploring the topic for the last 10 years. Enslaved people were often second to land value in terms of wealth generated by enslavers. At the same time, I kept seeing references to slave prices in history books, but scholars rarely contextualized the meaning of these values. Were they high, low, or average? How did enslavers and traders place a monetary value on a human being? What coping mechanisms did the enslaved use to survive commodification? What did they know about their values? Did they care whether or not they commanded a high price or were considered a bargain? I wanted to know how they were priced and also how those prices changed over the course of their lives.

To answer these questions I visited more than twenty archives over the last decade and examined more than 1,000 documents. They included insurance policies, tax records, estate inventories, bills of sales, probate records, deeds, gifts, newspaper advertisements, and court records. But I also studied narratives and other first-hand accounts that contained vivid descriptions of the experience of being treated as a commodity. This reminded me to keep enslaved voices central. Enslaved women and men had their own set of values that did not necessarily align with the values of those who traded them. I call these soul values. I argue that these values governed the way they responded to commodification. They clung to every ounce of their souls that they could, while their bodies were being objectified, exploited, beaten, and overworked.

At first I struggled with how to frame the study. But as I continued collecting a data set of nearly 12,000 valuations, I discovered that enslaved people were valued from preconception to postmortem. Planters and traders alike anticipated the value of an unborn child and his/her mother, and I remember being shocked to discover that the dead, too, carried a value. Enslaved people convicted of a crime (or not) were appraised and their enslavers received compensation from the state for their loss of property (public hanging). They were also paid for slave cadavers. When I came across a narrative that talked about exhuming the body of a toddler and selling the cadaver to a medical doctor, I began to explore the records, lecture notes, drawings, and autopsies of anatomy professors at teaching hospitals all over the United States. Here I discovered the long reach of ghost values—my term for pricing dead people.

In the end, I wanted to tell the story of a person and a commodity in the same body. I wanted enslaved peoples’ thoughts and opinions about their commodification to be a central component. My goal was to develop a book that did not relegate them to a trope, an anecdote, or a point on a graph. Each chapter begins with an auction and ends with a burial. The book hinges upon the lifecycle of the enslaved and their evolving understanding of themselves as person and property. Finally, I hope readers walk away with a better understanding of human property, medical education, and the infinite value of the soul.

Comments on “The Price for Their Pound of Flesh: A New Book on the Value of the Enslaved”