This post is part of my blog series that announces the publication of selected new books in African American History and African Diaspora Studies. Today we are featuring Blood Sugar: Racial Pharmacology and Food Justice in Black America, recently published by the University of Minnesota Press. 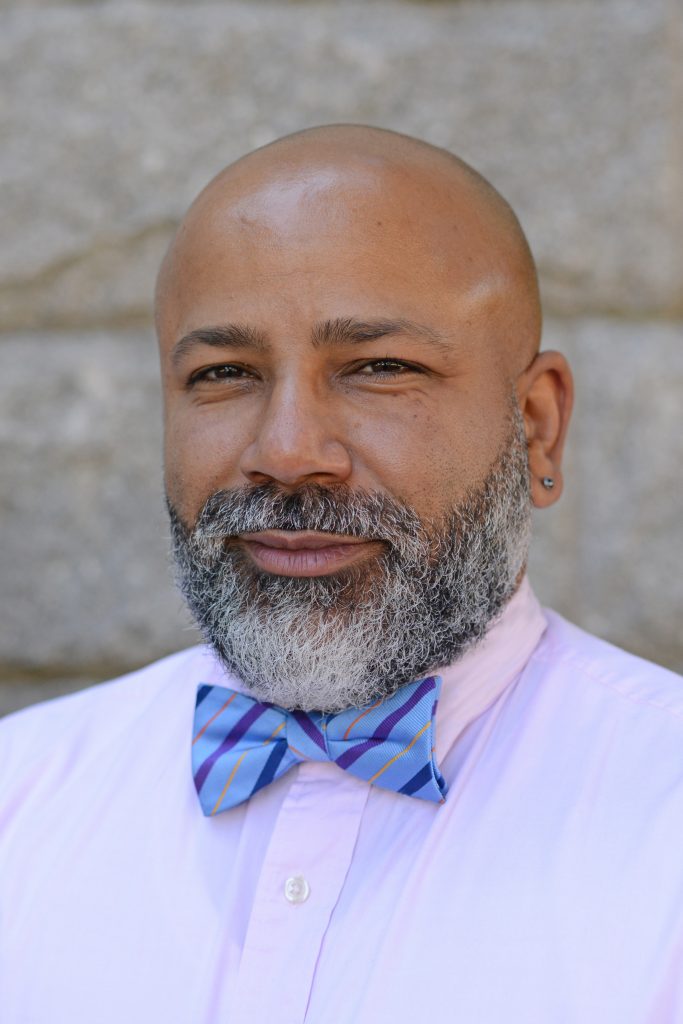 The author of Blood Sugar is Anthony Ryan Hatch, Assistant Professor of Science in Society, African American Studies, and Sociology at Wesleyan University. Originally from Atlanta, Georgia, Professor Hatch earned a BA in Philosophy from Dartmouth College, beginning his career in community research and activism in public health following college. He earned a MA and PhD in Sociology at the University of Maryland at College Park, where he studied critical social theory with Patricia Hill Collins. While at Maryland, he held a Minority Fellowship from the American Sociological Association and the National Institute of Mental Health. From 2009–2015, he was Assistant Professor of Sociology in the Department of Sociology at Georgia State University, and from 2009–2011 he held a National Institute of Mental Health postdoctoral fellowship at Morehouse School of Medicine. 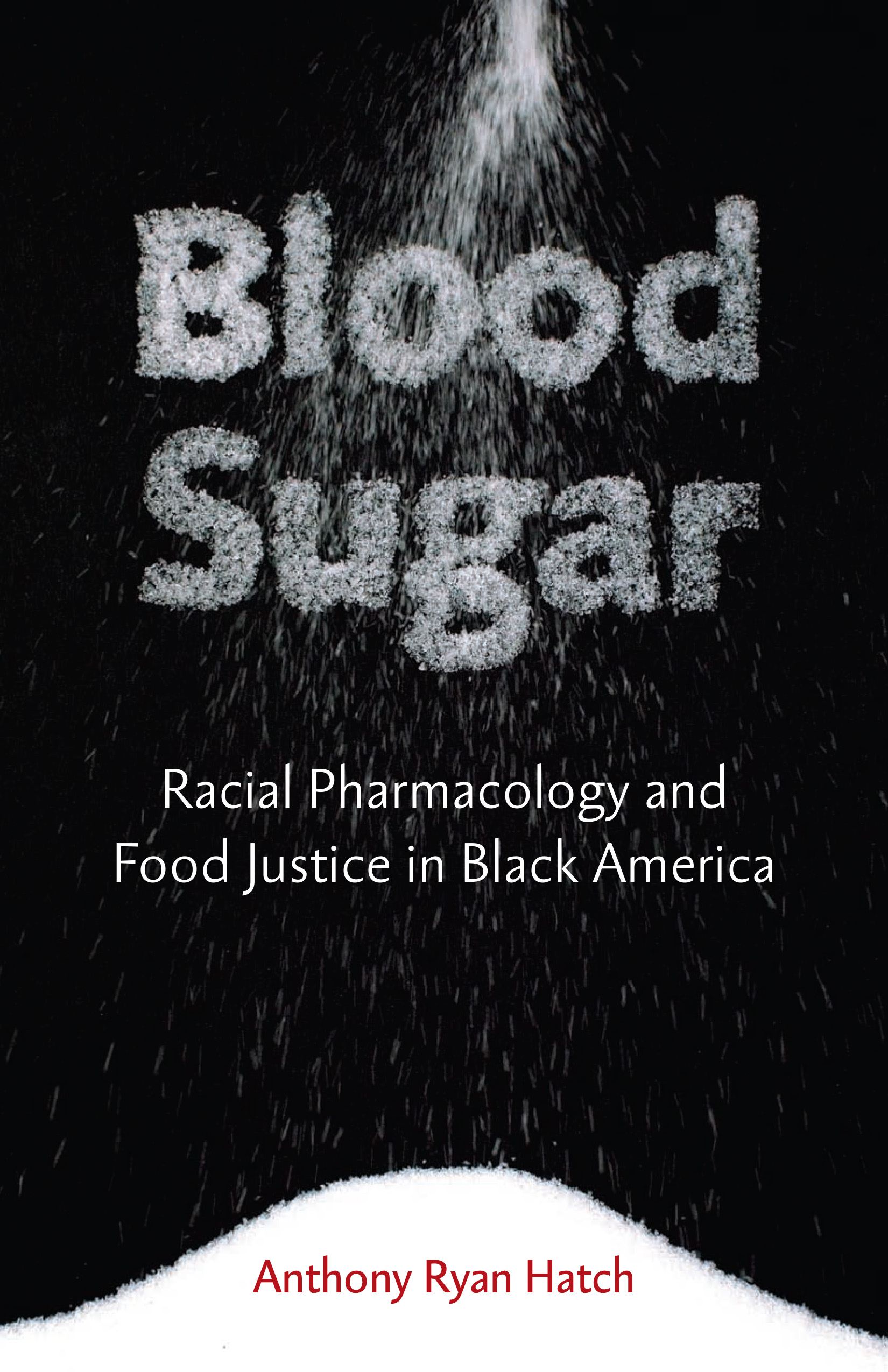 Why do African Americans have exceptionally high rates of hypertension, diabetes, and obesity? Is it their genes? Their disease-prone culture? Their poor diets? Such racist explanations for racial inequalities in metabolic health have circulated in medical journals for decades. Blood Sugar analyzes and challenges the ways in which “metabolic syndrome” has become a major biomedical category that medical researchers have created to better understand the risks that high blood pressure, blood sugar, body fat, and cholesterol pose to people. An estimated sixty million Americans are well on the way to being diagnosed with these problems, many of them people of color.

Anthony Ryan Hatch argues that the syndrome represents another very real crisis and that its advent signals a new form of “colorblind scientific racism”—a repackaging of race within biomedical and genomic research. Examining the cultural discussions and scientific practices that target human metabolism of prescription drugs and sugar by African Americans, he reveals how medical researchers who use metabolic syndrome to address racial inequalities in health have in effect reconstructed race as a fixed, biological, genetic feature of bodies—without incorporating social and economic inequalities into the equation. And just as the causes of metabolic syndrome are framed in racial terms, so are potential drug treatments and nutritional health interventions.

The first sustained social and political inquiry of metabolic syndrome, this provocative and timely book is a crucial contribution to the emerging literature on race and medicine. It will engage those who seek to understand how unjust power relations shape population health inequalities and the production of medical knowledge and biotechnologies.

Bearing personal witness from the frontiers of the quantified self, Anthony Ryan Hatch offers a reimagining of metabolism as a form of social knowledge. Blood Sugar makes a key contribution to our understanding of the evolution of racial health disparities.—Alondra Nelson

Ibram X. Kendi: Your book’s title, Blood Sugar, is very intriguing. Please share with us the origin story of this title.

The title “Blood Sugar” signals three meanings that were important for me as I finished the book. First, writing as a Black man who has lived with type 1 diabetes for 25 years, the constant concern with checking and managing blood sugar has been a dominant feature of my lived experience. I wanted to integrate that lived experience into the book’s arguments and bring it forward in the title. Contemporary biomedicine asks people living with diabetes and other metabolic health conditions to become fastidious accountants of their body’s numerology—whether they are asked to monitor their weight and body shape, cholesterol levels, blood pressure, or blood sugar. Taken together, these bodily measurements represent “the metabolic syndrome,” the biomedical category that I critique throughout the book. Biomedicine’s fixation on the body as a number system synchronizes us into the consumptive patterns of neoliberal capitalism, through which we are granted the right to purchase our health at the local pharmacy.

The second meaning of “Blood Sugar” is all about challenging the pseudoscientific linkage between race, health, and biology. Researchers’ spurious claims that racial health inequalities can be explained away with reference to an innate, heritable biology (as symbolized by blood) that tracks perfectly with racial categories needs to be contested. One of the book’s major intellectual goals is to critique this still powerful form of scientific racism. As many scholars of science and medicine have pointed out, race is not biological but racism has biological effects. I wanted to bring this critical understanding of the meaning of racial biology to bear in the domain of metabolic health science.

Finally, the third meaning of the title centers on sugar itself, that great colonial commodity that has anchored the economic and biological exploitation of people of African decent for centuries. I wanted to highlight the ways in which the mass production and consumption of sugar under racial capitalism is linked to nutrition science and its efforts to explain African American health. The agricultural production of sugar made possible by slavery served to “sweeten” the lives of Europeans while simultaneously subordinating entire racialized populations under colonial rule. Sugar was the master’s food and filled the coffers of European merchants and traders. In our own time, African Americans consume more added sugar than any other putative racial group. Now, the consumption of sugar has become a principal technology of racial subordination, a truth made more outrageous given the structural realities of global agribusiness and corporate control over food systems.

I hope that the title illuminates these meanings for readers. I wrote the book to biomedical researchers who study this thing called “metabolic syndrome,” but I wrote it for the millions of people, especially Black people, who struggle to maintain good metabolic health.

Comments on “Blood Sugar: A New Book on Food Justice in Black America”