loading...
By Keisha N. Blain January 27, 2018 Comments Off on Surviving Slavery in the British Caribbean: A New Book on Atlantic Slavery

This post is part of our blog series that announces the publication of selected new books in African American History and African Diaspora Studies. Surviving Slavery in the British Caribbean was recently published by the University of Pennsylvania Press. 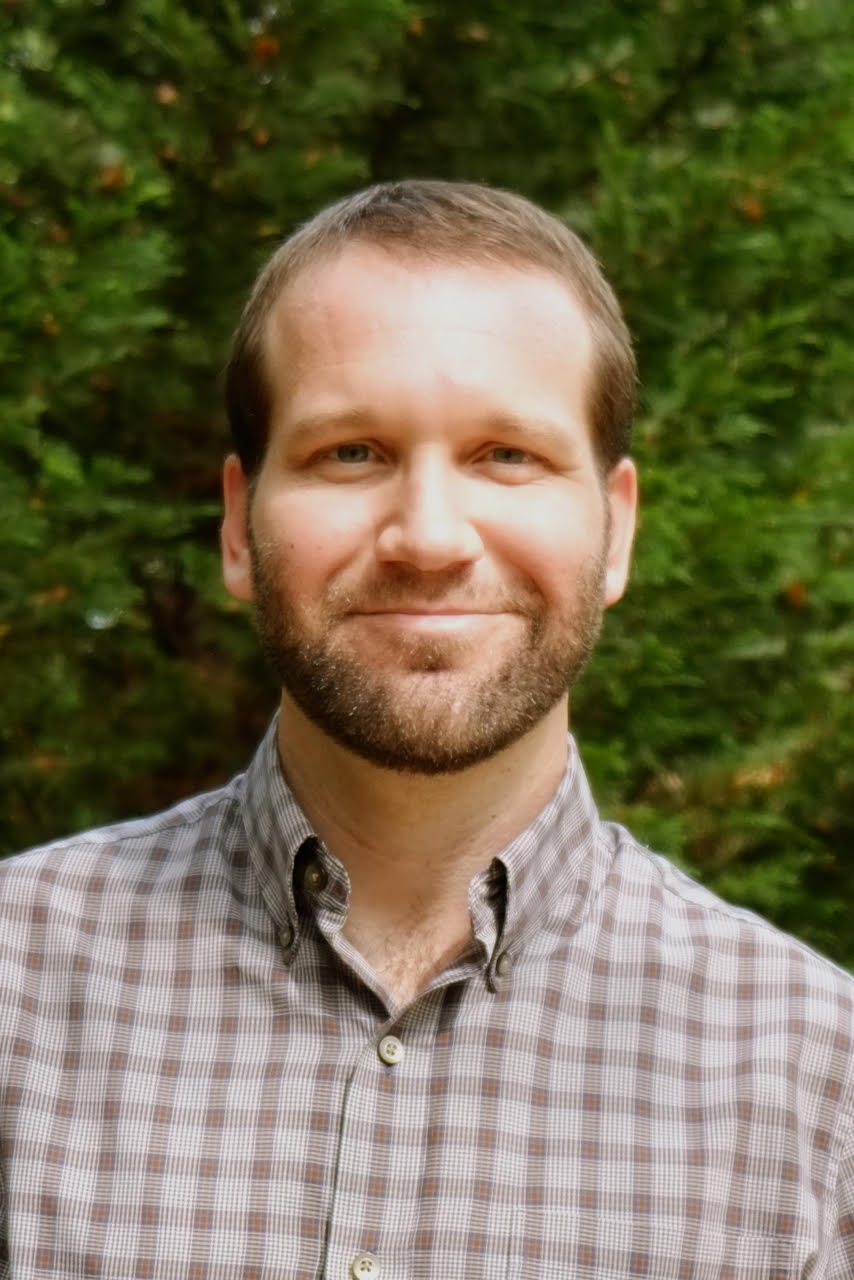 Randy M. Browne is Assistant Professor of History at Xavier University in Cincinnati, Ohio, and a specialist on slavery and colonialism in the Atlantic world, especially the British Caribbean. His work has appeared in the William and Mary Quarterly, Slavery & Abolition, and the New West Indian Guide. Browne has received fellowships and awards from the National Endowment for the Humanities, the U.S. Department of Education, Harvard University’s International Seminar on the History of the Atlantic World, and the American Historical Association. His current research project is a study of slave drivers in Atlantic plantation societies. Follow him on Twitter at @randymbrowne. 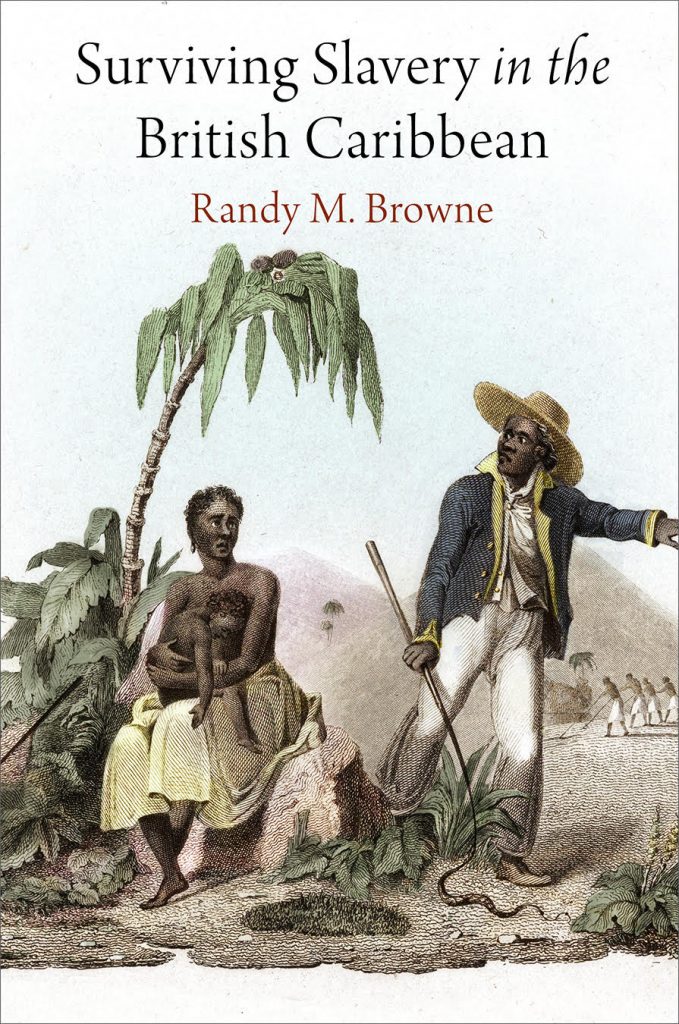 Atlantic slave societies were notorious deathtraps. In Surviving Slavery in the British Caribbean, Randy M. Browne looks past the familiar numbers of life and death and into a human drama in which enslaved Africans and their descendants struggled to survive against their enslavers, their environment, and sometimes one another. Grounded in the nineteenth-century British colony of Berbice, one of the Atlantic world’s best-documented slave societies and the last frontier of slavery in the British Caribbean, Browne argues that the central problem for most enslaved people was not how to resist or escape slavery but simply how to stay alive.

Guided by the voices of hundreds of enslaved people preserved in an extraordinary set of legal records, Browne reveals a world of Caribbean slavery that is both brutal and breathtakingly intimate. Field laborers invoked abolitionist-inspired legal reforms to protest brutal floggings, spiritual healers conducted secretive nighttime rituals, anxious drivers weighed the competing pressures of managers and the condition of their fellow slaves in the fields, and women fought back against abusive masters and husbands. Browne shows that at the core of enslaved people’s complicated relationships with their enslavers and one another was the struggle to live in a world of death.

Provocative and unflinching, Surviving Slavery in the British Caribbean reorients the study of Atlantic slavery by revealing how differently enslaved people’s social relationships, cultural practices, and political strategies appear when seen in the light of their unrelenting struggle to survive.

Drawing upon a remarkable archive of protests by the enslaved, Randy M. Browne thoroughly reimagines the politics of slavery. Listening intently to his sources, he carefully teases out the slaves’ multifaceted struggle for survival in some of the most brutal conditions ever known. This illuminates the elemental nature of political striving, enhancing our understanding of the fundamental aspirations, strategies, and negotiations of a subjugated people who nevertheless continued to fight. These black lives matter to Browne—and to all of us—as much for what they tell us about humanity writ large as for how they compel us to rethink the world of Atlantic slavery from the inside out.”—Vincent Brown, Charles Warren Professor of History and Professor of African and African-American Studies at Harvard University

Keisha N. Blain: What are the principal findings or arguments of your book? What do you hope readers take away from reading it?

Randy M. Browne: My book is about one of the most fundamental aspects of Atlantic slavery: the unrelenting struggle of enslaved people in the British Caribbean to survive. Historians have long known that Atlantic slave societies were death traps, that slave populations outside of the U.S. did not reproduce themselves, and that slaveowners relied on the transatlantic slave trade to replace slaves they worked to death. So, I wanted to see what would happen if we took the problem of survival seriously—as revealed by a remarkable archive in which slaves themselves describe their world.

Focusing on survival fundamentally changed the way I thought about slavery, power, and enslaved people’s agency. The domination and resistance framework that has predominated for decades makes two problematic assumptions: first, that the organizing principle for enslaved people’s politics was the struggle for “freedom” (a Western abstraction that had little ideological resonance for Africans and even less practical relevance for people trying to cope with the realities of life under slavery), and second, that slaves’ lives are best understood by focusing on their conflicts with enslavers.

What I found, instead, was that most enslaved people recognized that escaping slavery was unlikely and were therefore preoccupied with the challenge of survival. When they negotiated for reduced workloads, went to court to protest domestic violence, stole food from their neighbors, or turned to spiritual healers to cure disease, their most basic priority was to stay alive.  Foregrounding survival also helped me see that the power relationships of Atlantic slavery were much more complex than we often imagine. Enslaved people fought their oppressors, of course, but they also navigated complex and fraught relationships with one another that were at least as important. Competition for power and scarce material resources created both predictable antagonisms and unexpected alliances between drivers and field laborers, husbands and wives, and spiritual healers and clients, to give just a few examples. In the end, I realized that the story of enslaved people’s resistance to slavery and the story of their struggle to survive intersected but were not the same.

Ultimately, I hope readers are persuaded by my argument that for most enslaved people the central problem was not how to resist or escape slavery but how to survive. I also hope they find, like I did, that using survival as a lens to study slavery can offer new ways of understanding enslaved people’s social relationships, cultural practices, and political strategies.