loading...
By Ibram X. Kendi August 1, 2016 Comments Off on Dangerous Neighbors: A New Book on the Haitian Revolution’s Impact on Early America

This post is part of a new and recurring blog series I am editing–announcing the publication of selected new books in African American and African Diaspora History. Today is the official release date for Dangerous Neighbors: Making the Haitian Revolution in Early America, published by the University of Pennsylvania Press in its Early America Series. 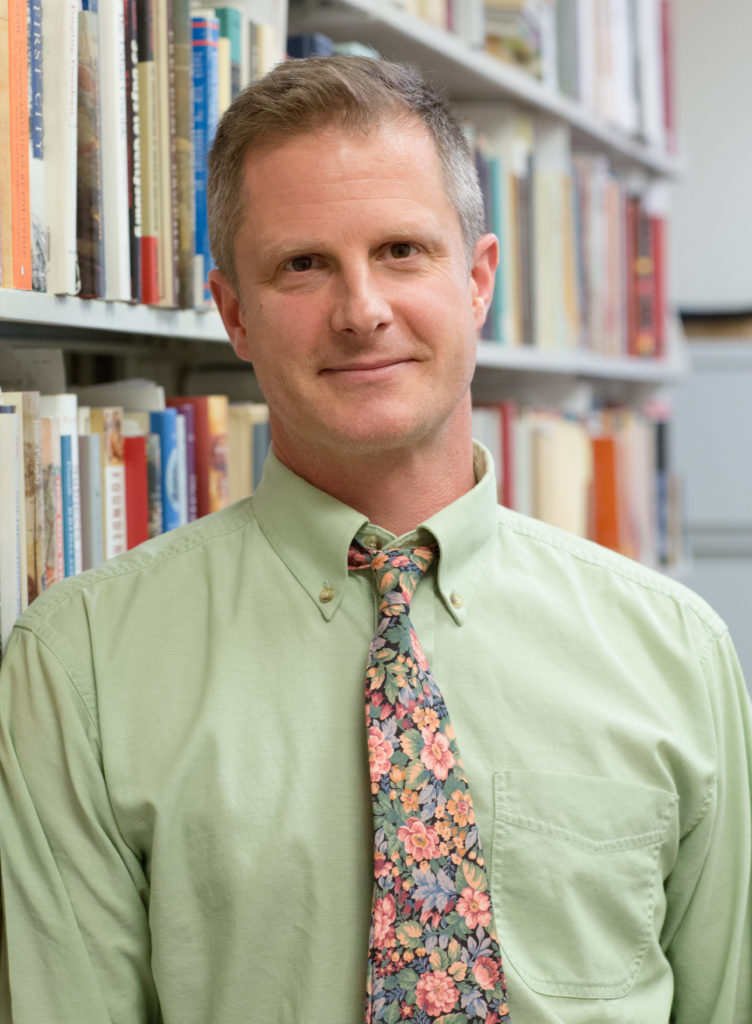 The author of Dangerous Neighbors is James Alexander (“Alec”) Dun. Professor Dun is an early American historian at Princeton University. His scholarly interests—in race and identity, radicalism and revolution, and slavery and antislavery—lead him to focus particularly on the eighteenth and early nineteenth centuries in America. Those same interests, however, widen the boundaries of this “America” to include the Caribbean and, in some ways, the greater Atlantic basin as a whole.

Professor Dun received his B.A. from Amherst College and his M.A. and Ph.D. from Princeton University. Now that Dangerous Neighbors is complete, he has begun a project examining the impact of different regimes of gradual emancipation on slavery, resistance, and patterns of migration in the Caribbean and North America in the late eighteenth and nineteenth centuries. Follow Professor Dun on Twitter @AlecDun1. 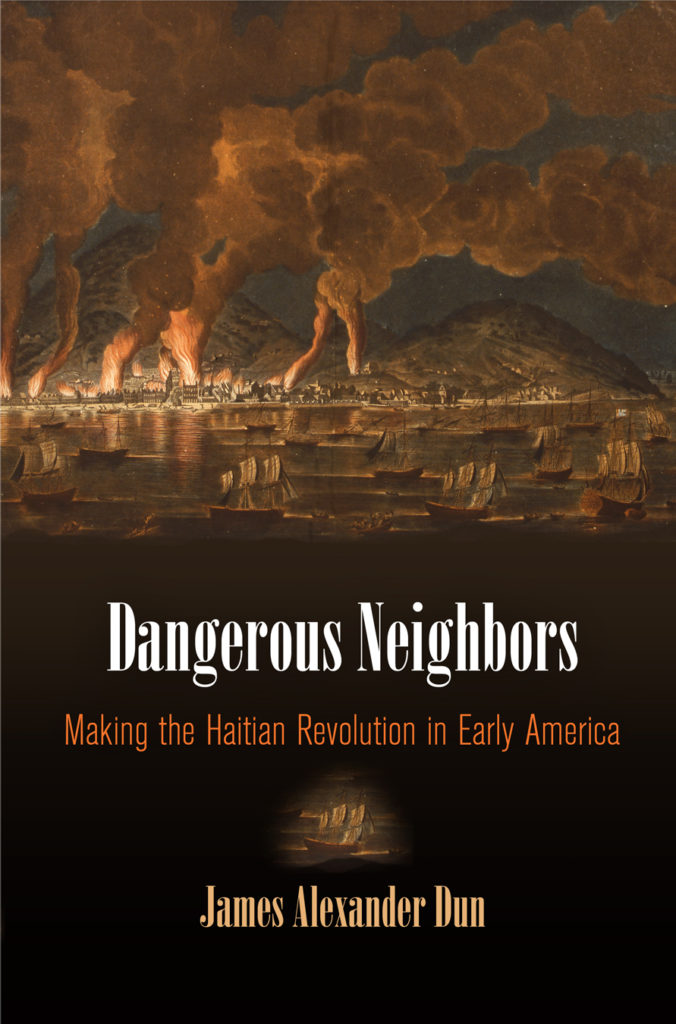 Dangerous Neighbors is a study of the understanding and use of the news of the Haitian Revolution (circa 1789-1804) as it was received in real time in the United States. The book follows contemporary American reactions to the nearly fifteen-year set of events by which the French colony of Saint Domingue was destroyed and the nation of Haiti emerged. Saint Domingue was an inescapable presence in America over those years. It was a thriving place for American commerce, a local vantage point onto the French Revolution, the setting for an unprecedented series of slave insurrections, a focal point for American diplomacy, and, eventually, the site of an emergent independent polity. Americans were riveted by developments there—yes, because of their dramatic nature, but more so because of the sense that they were relevant to important questions of the day.

As the American Revolution receded, divisions emerged in the new nation over its meaning and heritage. Considering American ideas about Saint Domingue emphasizes the fluidity of this period’s politics. Different groups looked there to support arguments about the moment at hand. For some, Dominguan violence served to distinguish the American past from the chaos of the French/Caribbean present. At other points—and in more ways than many historians have appreciated—Americans, black and white, found ways to voice qualified support for the changes going on in the colony. These debates stimulated expressions of radical ideas about citizenship, equality, and the fate of slavery in the republic. Ultimately, however, Saint Domingue’s utility as a weapon in domestic politics blunted its capacity to push American ideology: the rise of the Jeffersonians was predicated on an embrace of whiteness as a way to mark the nation’s boundaries. Increasingly simplified into being a “black” place, Saint Domingue (and then Haiti) was stripped of its vitality and relevance in American political discourse, except as a metonym for black violence.

“Dangerous Neighbors elegantly shows how Philadelphians absorbed, debated, and channeled the news of insurrection, emancipation, and independence in the Caribbean. Dun foregrounds the vitality and complexity of print culture as a forum that at once circulated, interpreted, and framed the transformations brought about by the actions of revolutionaries in Saint-Domingue. And he richly shows how engagement with the challenges posed by these events shaped debates about freedom, race, and nation in the United States.” —Laurent Dubois, author of Haiti: The Aftershocks of History

Ibram Kendi: Books have creation stories. Please share with us the creation story of Dangerous Neighbors—those experiences, those factors, those revelations that caused you to research this specific area and produce this unique book.

James Alexander Dun: Dangerous Neighbors began as a buzz in my ear, a persistent presence that changed from being something I thought of as a rider to my more general interests to being definitive of those interests. As a younger scholar, I became engrossed by the question of the ways in which the American Revolution—as a set of events, as a period of tumult, as a fight, and as a movement motivated by (varying) ideas—affected American slavery. As I read materials around the topic, the Haitian Revolution came up. Historians mostly noted it as a figure of dread among white Americans, fitting it in as a way to explain the ultimate attenuation of what many saw as either an innately feeble or as an undercut commitment to universal equality in American Revolutionary ideology. That Haitian Revolution was a discrete entity: “it” seemed to have happened all at once (instead of taking place over more than a decade), and to have been understood in the same way by everyone. My opening gambit in doing the thinking behind the book was to test that a bit, to see what contemporaries noticed and talked about (if anything!) as the events in Saint Domingue took place.

I started with the usual suspects. This was before much was online, so I yanked the printed collections of various “founders” off of my library’s shelves, and then grabbed the Annals of Congress for good measure. There was more there than I had expected—John Adams as president and Congress during the Quasi War yielded a story that, at least at that point, was hard to find in political histories of the early republic. But the ways in which elites talked about Saint Domingue increasingly felt to me like tips of more interesting icebergs: discursive outcroppings of a wider understanding and usage. To get at that, I hoped newspapers might be useful. Again, this was before digitization. I went to the microfilm room one day for what I thought would be a quick spate of reading, one that would let me figure out who knew what and when. I stayed for about two years, ultimately creating a database that collected the thousands and thousands of writings from and about Saint Domingue in American papers. News from the colony was a nearly daily presence. It was also confusing, contradictory, and chaotic. It moved between newspapers, and between American ports. Over time, it became a topic of debate, especially as Americans began to differ more openly over politics in public, and in the public sphere that newspapers formulated. Perhaps because trying to figure out the arc of this usage was so daunting, I opened another line of inquiry, looking at Customs House records to try to see the shape of American commercial contact with the colony. Here was another moment when a quick trip turned into a lengthy stay, one that led me to create another database in which I captured information about every voyage between a Dominguan port and Philadelphia between 1789 and roughly 1820. (This is something I’m currently working to put online so that others can use it as well.)

Once I had completed these two lumps of research, I felt better equipped to go back to my initial queries. The buzz in my ear—the surprising ubiquity of Saint Domingue in American political discourse—had emerged for me as important as a constitutive factor to that discourse itself. Saint Domingue (and then Haiti), I saw, entered into the American vocabulary, so to speak, forming on the tongues of black and white Americans alike. Dangerous Neighbors became a place for me to articulate the ways in which the information from Saint Domingue became news in America, and how that news, taken and wrapped into other topics of the day, was deployed (and sometimes twisted and manipulated) in this vibrant period in the development of American political culture.

*Click here to view the table of contents and read an excerpt of this book.