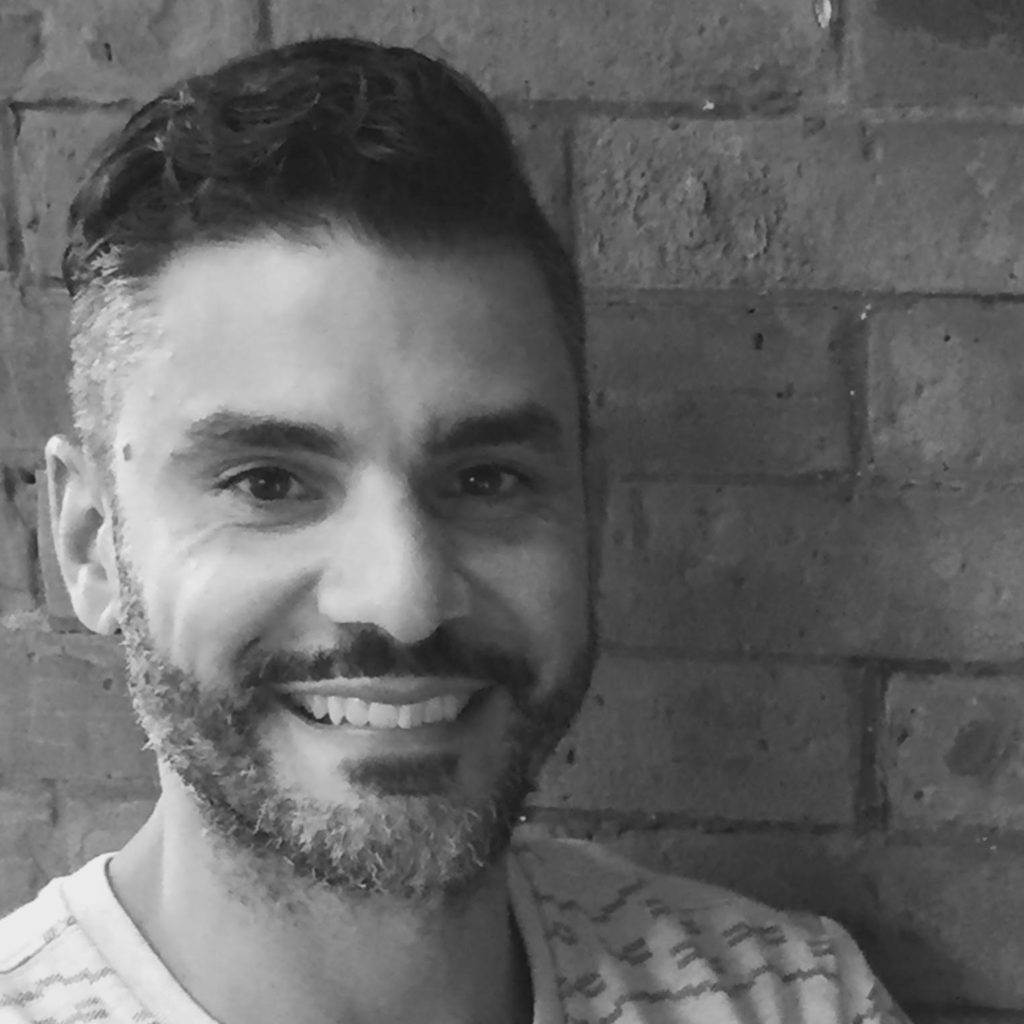 This month I interviewed Dr. Carlos Alamo-Pastrana about his new book, Seams of Empire: Race and Radicalism in Puerto Rico and the United States (University Press of Florida, 2016). Tracing cultural and political exchanges between African Americans, U.S. white liberals, and Puerto Ricans, this timely work highlights how activists and politicians in both spaces understood race, empire, and colonialism in the 20th century. Alamo-Pastrana illuminates the potential for fruitful multiracial alliances by uncovering the archive of a sub-group of Puerto Rican independentistas called the Proyecto Piloto. Led by Puerto Rican doctor Ana Livia Cordero, who had been married to Julian Mayfield, this group identified Puerto Rico as a black nation, worked to provide education and social services in poor barrios, and sought links with U.S. black radicals. Seams of Empire is a must read for scholars of transnational and diaspora history as well as anyone trying to build black and brown alliances in today’s antiracist movements. 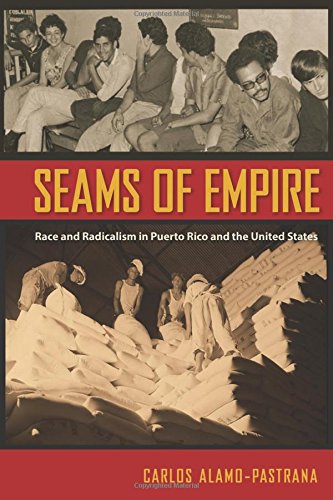 Seams of Empire follows cultural workers and politicians in Puerto Rico and the United States to tell a story about racism, colonialism, and activism. What led you to focus the book on these exchanges?

Alamo-Pastrana: That is such a great question because it really gets at the heart of the book. As someone who studies race in the Americas, I have always found the conversations about race in Puerto Rico a bit limiting. These are in many instances reduced to the realm of popular culture especially music, film, etc. Even more, they are framed in very insular ways that really limit the scope of how we should think about race in broader contexts to include different national, racial, and political movements and groups. This is significant because it helps to produce and circulate some of the troubling forms of racial exceptionalism that I discuss in the book. Even I fell into this trap in some of my earlier research projects on Afro-Puerto Rican folk music.

But, for this book, I felt that I needed to push the analysis beyond the nation-state framework to see the more dynamic ways that people and ideologies travel across different spaces. The book tries to use cultural production and actors in larger global circuits in order to see how race is being (re)configured and used to explain certain political dilemmas.

In the Introduction, you make a point of saying that you want Puerto Rican Studies scholars to “banish” la gran familia puertorriqueña as an analytical lens for looking at the island (11). What is the grand Puerto Rican family and what dangers (or challenges) does it present to the type of work you do?

Alamo-Pastrana: La gran familia puertorriqueña is one of the foundational state myths that asserts that Puerto Rico is somehow a racially heterogeneous (mestizo), inclusive, and equal nation. It is this, the argument goes, that makes Puerto Rico so much more different than its racist colonizer to the North. Well, you don’t have to look around much in Puerto Rico to see how untrue this is.

Whether it’s the spatial segregation that comprises different communities, the racist, sexist, and xenophobic banter on every television and radio program against Dominicans, Haitians and other outsiders, or the glaring absence of Black Puerto Ricans in the upper echelons of government, you quickly learn how awful this “family “ is for many.

For example, a group of ten artists and activists recently shared an image on Twitter where they are standing in solidarity with the Black Lives Matter movement in front of a Black Puerto Rican flag in Old San Juan. Columbia University’s William Garcia captured the racist and xenophobic twitter firestorm that followed the posting of the image on a Facebook page about blackness in Puerto Rico. The image, asking if these Puerto Ricans are “ridiculous,” highlights the backlash against these young activists and the limits of PR’s gran familia.

Perhaps the ghosts of la gran familia puertorriqueña will pose a danger or challenge to my work and how it is read. But I would argue that the material dangers and stakes are much higher for the people on the ground who have been violently excluded and ignored as a result of this lie.

Chapters One and Two examine different African American journalists who visited Puerto Rico and used the island as a point of reference for racial struggles in the United States in the 1940s and 50s. Why was Puerto Rico so important to U.S. black leaders?

Alamo-Pastrana: The writings of Deton Brooks and Dr. George Little, for example, articulate the ways in which African Americans imaginatively looked for solutions to their own state sanctioned exclusion and marginalization beyond the confines of the continental United States. Black internationalism, however, is not new. Unlike places like the Philippines, Cuba, and other parts of the Global South, Puerto Ricans were citizens of the United States— second class citizens, like African Americans, but citizens nonetheless. This is a key point because it allowed African Americans to ask larger questions about the meanings of citizenship and how what was happening in Puerto Rico might help them transform their own local conditions especially in the American South.

At the same time, African Americans sometimes misread race relations in Puerto Rico in their search for an alternative to racism in the U.S. mainland. What did these misinterpretations look like and how can black visitors to Latin America and the Caribbean avoid making them today?

Alamo-Pastrana: Interestingly, these misrepresentations read in very confusing ways. For example, both Brooks and Little were struck by how good it felt to be able to walk around safely in Puerto Rico. But they also didn’t know what to make of the fact that they never saw people who looked like them in the places where they were taken or the clear ways in which class and race intersect in Puerto Rico. There is a real uneasiness that can be sensed in parts of their entries that are attributable to the fact that it doesn’t appear that they spoke to any Black Puerto Ricans.

How might someone go about interpreting and reading what they see in terms of race relations in Puerto Rico or other parts of Latin America when visiting? As I note in the book, you have to resist the urge of comparison. By default, comparison leads to very reductionist understandings of what are, in fact, highly complex phenomena. As Lisa Chacho shows in her remarkable book, Social Death: Racialized Rightlessness and the Criminalization of the Unprotected, comparison also inherently leads to forms of devaluation even when driven by the best of intentions. Accordingly, visitors have to be very attuned to key markers of difference such as the built environment–who lives in certain spaces or goes to certain schools, and ultimately what are people saying and/or not saying about these things?

Chapters Three and Four examine the points of convergence between white liberals and Puerto Rican leaders who denied the existence of racism on the island. Why did this occur and why did both Puerto Rican elites and U.S. white liberals celebrate the works of white Latin American race scholars (like Tomas Blanco in Puerto Rico, Fernando Ortiz in Cuba, and Arthur Ramos in Brazil)?

Alamo-Pastrana: I was fascinated by all the discussion that was taking place about a decade ago on colorblindness and on the United States being a “post-racial” society or whatever those things mean. What I found to be so interesting about it is that everyone kept stressing how new these things were in the United States. I think for those of us who study race in the Americas we had a keen sense that there was nothing novel about these ideas. Variations of colorblind rhetoric have been common in Latin America for many years. In fact, one might argue that these ideas were nurtured and battle tested in Latin America.

The works of Harold Preece and Edwin Rosskam demonstrate how early these ideas were being thought about in the context of the United State’s relationship to Puerto Rico as early as the 1940s. Both Preece and Rosskam really struggled as white men to reconcile their liberal politics with the racism that flourished in the labor movement and even among the broader American left. In their desire to propose a solution to this dilemma you can easily see why their romanticized readings of Puerto Rico became important for facilitating these early iterations of liberal colorblind rhetoric. One of the valuable lessons that their work imparts is how Puerto Rico functioned, in many ways, as a test-site for the development of colorblindness as an important discursive thread for concealing White entitlement and racism.

Chapter Five is my favorite chapter in the whole book! It examines the work of Proyecto Piloto, a small and understudied, anticolonial, independence movement that talked directly about racism in Puerto Rico and found allies in the Black Radical left in the United States. Can you tell the readers how you discovered this group and why you think they are important?

Alamo-Pastrana: The chapter on Proyecto Piloto and Cordero was one of my favorite chapters to write! Like most of the chapters, I actually stumbled upon Cordero’s work by accident. My colleague at Vassar, Eve Dunbar, works on Black writers during the same era that I was focusing on in my book. During one of our conversations she asked me if I was familiar with Julian Mayfield and that she believed his wife was a Puerto Rican doctor. I looked at her confused but it peaked my curiosity and over the course of the next year, piece-by-piece, I learned about the amazing work of Dr. Ana Livia Cordero, Mayfield’s wife. Cordero established Proyecto Piloto in Puerto Rico after separating from Mayfield and after they had spent some time in Ghana working as a part Kwame Nkrumah’s Pan-Africanist project and where she tended to W.E.B. Du Bois in his final days.

Proyecto Piloto’s work in varying Puerto Rican communities is extremely meaningful because it is arguably the most well-documented yet hardly known examples of Puerto Rican politics that merged Black radical, nationalist, and internationalist politics. The group worked successfully for several years educating Puerto Rico’s proletariat about the history of racism on the island and the ways in which racial difference scaffolds the American colonial project. Even more, Cordero and Proyecto Piloto directly challenged the traditional and emerging avant-garde nationalist left in Puerto Rico at the time that was defined by a predominantly male, culturally conservative, and white leadership. Sadly, Proyecto Piloto disbanded for a variety of reasons including personal infighting and severe police repression. The fact that empire, racism, and the failure of the political establishment—all things that Proyecto confronted and tried to reconfigure—have all remained is arguably even more heartbreaking.

Comments on “Race and Radicalism in Puerto Rico: An Interview with Carlos Alamo-Pastrana”