Presented by the African American Intellectual History Society (AAIHS), in collaboration with the American Assoc of Univ Professors (AAUP)

The aim of this webinar is to publicize the intellectual and legal resources AAUP offers for faculty and to curate a discussion tailored to issues and concerns relevant to AAIHS members and colleagues in the academy, including contingent faculty. 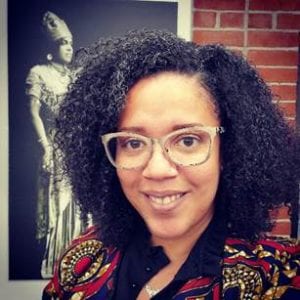 Whitney Battle-Baptiste is Professor of Anthropology at University of Massachusetts, Amherst. She holds a BA in History and Secondary Education from Virginia State University, an MA in History from the College of William and Mary and a Ph.D. in anthropology from the University of Texas, Austin. Her research focuses on the connections of race, gender, class, and sexuality, and her work has included interpreting captive African domestic spaces at Andrew Jackson’s Hermitage Plantation in Nashville, Tennessee; School segregation in 19th century Boston; the Millars Plantation site in the Bahamas, and the Burghardt family homestead, also known as the W.E.B Du Bois Homestead in Great Barrington, Massachusetts. She is the Director of the W.E.B. Du Bois Center at UMass Amherst established to engage audiences in discussion and scholarship about global issues involving race, labor, and social injustice. Whitney is both a scholar and an activist who has directed community archaeology projects and sees the classroom as a place to engage contemporary issues with a sensibility of the past. Her publications also include her book, Black Feminist Archaeology (first edition), and W. E. B. Du Bois’s Data Portraits: Visualizing Black America, co-edited with Britt Russert (Princeton Architectural Press, 2018). 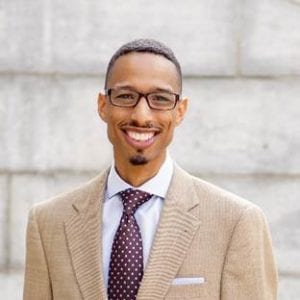 Stefan M. Bradley is currently the Coordinator for Diversity and Inclusion Initiatives in the Bellarmine College of Liberal Arts and Professor of African American Studies at Loyola Marymount University. Some of Bradley’s publications include his newest book, Upending the Ivory Tower:  Civil Rights, Black Power, and the Ivy League, which won the History of Education Society Outstanding Book Award as well as the Anna Julia Cooper & CLR James Book Award from the National Council of Black Studies; Harlem vs. Columbia University:  Black Student Power in the Late 1960s, which won the Phillis Wheatley Book Prize; and, Alpha Phi Alpha:  A Legacy of Greatness, The Demands of Transcendence.  To discuss his research and share his perspective, he has appeared on C-Span BookTV; NPR; PRI, as well as at universities and colleges throughout the nation.

Generous with his time, Bradley frequently volunteers on and off campus.  In the wake of the uprisings in Ferguson and St. Louis, he engaged with representatives from the US Department of Justice, Civil Rights Commission, and Department of Education.  As a voice from the community, Bradley has appeared on BET, MSNBC, CNN, BBC, Al Jazeera, and in the New York Times. 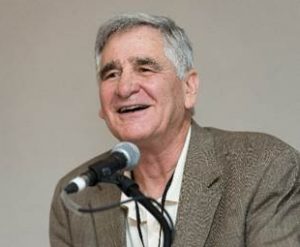 Henry “Hank” Reichman is Chair of the American Association of University Professors’ Committee A on Academic Freedom and Tenure, a position he has held since 2012, and Chair of the AAUP Foundation.  From 2012 to 2018 he was AAUP’s First Vice-President and, from 2019 to 2020 its Second Vice-President. He is the author of The Future of Academic Freedom (Johns Hopkins U. Press, 2019) and of the forthcoming (in 2021) Understanding Academic Freedom, an introduction and guide to the subject. He is Professor Emeritus of History at California State University, East Bay, where he served multiple terms as chair of the academic senate and on the executive committee of the CSU system academic senate. He is a member of the California Faculty Association, which represents 27,000 full- and part-time faculty members in the Cal State system, and served for nine years on its collective bargaining team. He earned the PhD in Russian and European history at the University of California at Berkeley.  He writes regularly on higher education issues for Academe, Inside Higher Ed, and at academeblog.org, where he is also an editor and has posted over 500 entries. 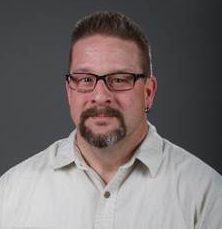 Kevin Gannon is Professor of History and Director of the Center for Excellence in Teaching and Learning at Grand View University in Des Moines, Iowa. A scholar of race and racisms, higher education, and pedagogy, his work appears in the Chronicle of Higher Education, and he has also written for outlets such as Vox and The Washington Post. He was one of the scholars who appeared in Ava DuVernay’s Oscar-nominated 2016 documentary 13th. Gannon’s new book is Radical Hope: A Teaching Manifesto, which was published this year as part of West Virginia University Press’s acclaimed series Teaching and Learning in Higher Education. Find him online at thetattooedprof.com and on Twitter @TheTattooedProf. 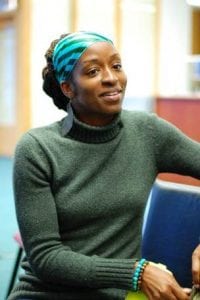 AAUP Resources in response to COVID-19