loading...
By Austin McCoy October 11, 2017 Comments Off on Transformative Anti-Racist Politics at the University of Michigan 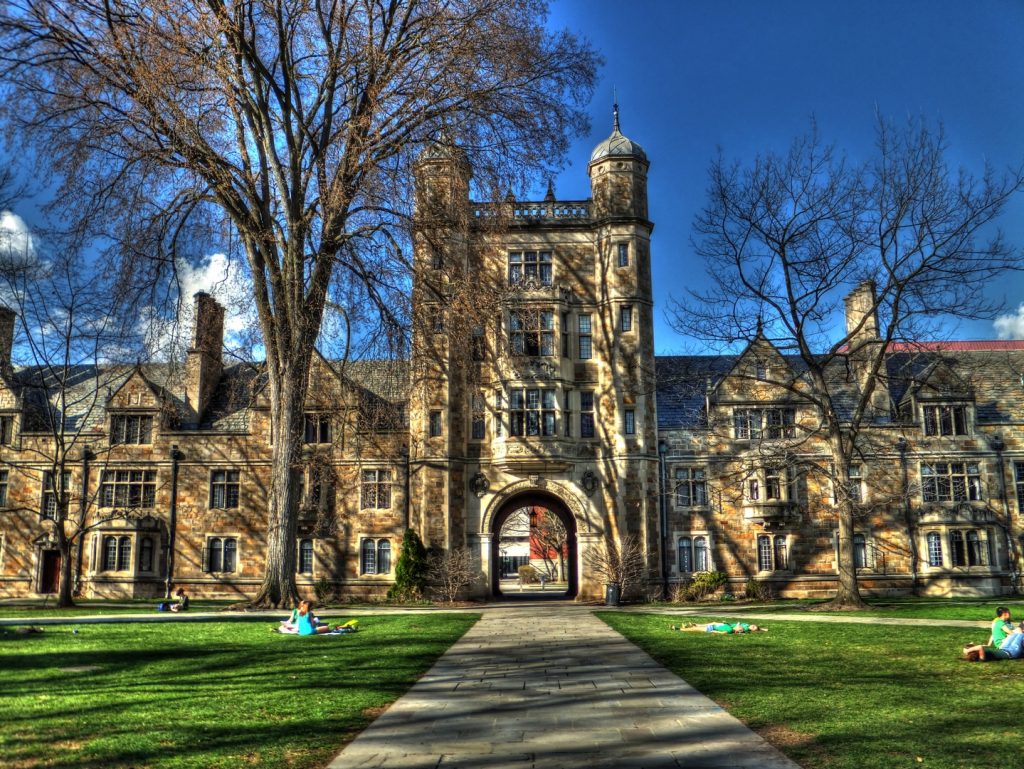 What happens when college and university administrators are unable to prevent white supremacists from spreading racist propaganda on their campuses?

The president’s admission to Black students underscores historian Nathan Connolly’s argument that liberalism is insufficient in addressing white supremacy. The university’s failure to prevent all of the the racist incidents on campus over the last few years illustrates the limits of “Diversity, Equity, and Inclusion,” the president’s liberal strategic plan. It also demonstrates the need for students, faculty, and staff to once again engage in mass direct action and radical politics previously pioneered by Black campus insurgencies. Black students have led this fight at the University of Michigan for almost five decades, starting with the first Black Action Movement campus strike in 1969. However, the outcomes of the third iteration of the Black Action Movement (BAM III) and the United Coalition Against Racism (UCAR) during the 1980s illustrates how direct action, external pressure, institution and movement building not only buttressed liberal diversity politics. Their actions spurred the institutionalization of sustainable radical politics at the University of Michigan.

The national and local contexts surrounding the development of BAM III and UCAR resembled the development of current protests at UM. Black students attended colleges and universities at a point of conservative resurgence as President Ronald Reagan won a second term. Declining Black enrollment and racial harassment also sparked organization. Black enrollment at UM reached its high of 7.7% in 1977. But it dropped to 5.1 in 1984.1 In January 1987, someone slipped a racist flier under the door of a dorm lounge that announced a “hunt” against Black people. “Be it known that due to severe drought and fire this past season, and to decreased animal populations…There will be an OPEN SEASON on PORCH MONKEYS,” it read.2

Black students like the Free South Africa Coordinating Committee’s Barbara Ransby called for UM to condemn the incident at a rally on the Diag on February 6, 1987. After meetings between Black students and administrators, UM president Harold Shapiro announced a $1 million program devoted to addressing racism on campus.3 However, the appearance of a racist cartoon in The Michigan Daily and a radio broadcast of racist jokes over UM’s station, WJJX, further illustrated to Black students that racism persisted on campus.

Students formed the United Coalition Against Racism (UCAR) in response to this broadcast. UCAR was a multiracial group of students that assembled around progressive politics. Some of its members, like Barbara Ransby, had been involved in anti-apartheid activism on campus. UCAR issued twelve demands shortly after its formation. They reasserted BAM I’s and BAM II’s call for the university to increase Black enrollment to ten percent, and to construct a campus-wide diversity action plan and mandatory courses on race and racism. UCAR also called for the university to recognize Martin Luther King Day.4

In March, 1987, more than 350 Black students marched to the Michigan Union and declared the formation of a new Black Action Movement. BAM III eventually announced several demands that included $35,000 for the Black Student Union, tenure for all Black faculty, and a $5 million recruitment and retention plan for Black students. The next day, more than 250 students staged a twenty-four hour sit-in at the Fleming Building to protest the administration’s lack of action around their proposals. The sit-in, as well as Reverend Jesse Jackson’s intervention in the controversy, provoked UM to announce a six-point plan of action that included the appointment of a vice provost of minority affairs, the increased budget for BSU, and support for attracting and retaining Black faculty.5

Direct action and the bad publicity UM received due to the racist incidents allowed the movement to push the new president, James Duderstadt, to devise and implement the Michigan Mandate, a campus-wide diversity action plan. Released in 1988, the mandate aimed for students of color to represent at least thirty percent of the student population by the end of the 1990s. It also outlined plans to hire and retain more faculty and administrators of color.

The most important outcome of BAM III and UCAR was the formation of the Ella Baker-Nelson Mandela Freedom Center (BMC) in 1988 because it embodied transformative organizing. The BMC specialized in political education, campus organizing, and community politics. It organized and led classroom presentations, and anti-racist talks to departments and student organizations. The center also led in organizing around a host of issues: homelessness, poverty, AIDS, apartheid, the first Gulf War, police brutality and the deputizing and arming of campus police. BMC also made policy recommendations and evaluated issues of access, retention, and recruitment of students and faculty of color. UCAR established BMC at a time when notions of diversity and multiculturalism were further institutionalized in higher education. By 1996, the BMC was no more, but Black enrollment had reached 9%, an all-time high.6

Low Black enrollment, police shootings, and the Black Lives Matter movement has reinvigorated Black student protest at the University of Michigan. Black students launched the #Being Black at the University of Michigan, an influential campaign that dramatized the decline in Black enrollment in 2014. Their demands included more funding for BSU, affordable housing, more emergency funds, the construction of a new centrally-located multicultural center, and ten percent Black enrollment. The negotiations between #BBUM and the administration led to some gains, including a new Trotter, and the construction of the Diversity, Equity, and Inclusion strategic plan.

Recent protests organized by Students 4 Justice (S4J) and other Black students have the potential to replicate the sustainability of BAM III”s and UCAR’s. Last school year, S4J responded to a rash of white supremacist, Islamophobic, and misogynist flyering by pressuring the university to improve its rapid response through mass protest. They led an occupation of one of the main computer labs on Central Campus where hundreds of students and faculty attended. They also organized and led a massive student walkout and demonstration attended by hundreds, including Reverend Jesse Jackson.

The point of S4J’s politics, however, was not just to control space through mass direct action, but to transform it. On February 9, hundreds of students occupied the Michigan Union for several hours. They demanded the University to fulfill its promise to meet #BBUM’s 2014 demands. Over the course of the sit-in, students from various racial and ethnic backgrounds engaged in chants, worked on their assignments, socialized, and discussed politics. They hung anti-racist posters in the Michigan Union that said, “Black Lives Matter” and “Non-Racists Enter Here.” They turned the Union into an anti-racist zone. President Schlissel and the administration have shown that they are unable to create explicitly anti-racist spaces. However, S4J’s sit-in Union is one example of the type of transformative politics needed to sustain organizing, and to build the type of community and solidarity required to confront white supremacy.

This year, students from S4J and the Class of 2021 continue to organize with an eye on holding the administration accountable. On the day of this writing, Black students, with the assistance of white allies, occupied a key intersection on campus and turned it into a study space. In addition, Public Health Master’s student Dana Greene, Jr. started a kneel-in on the Diag. Over time, his action grew to more than 200 students. Both of these actions demonstrate how Black students, in a sense, create their own “liberated spaces” on campus, even if momentarily. They also highlight the limits of liberal diversity action plans. Black student activism at the University of Michigan illustrates an important lesson in the fight against white supremacy on campus:  mass student action, multiracial, ethnic, and national solidarity, and sustained movement may be the best path towards collective safety and justice on college and university campuses.