This post is part of our blog series that announces the publication of selected new books in African American History and African Diaspora Studies. Policing Black Lives: State Violence in Canada from Slavery to the Present was recently published by Fernwood Publishing. 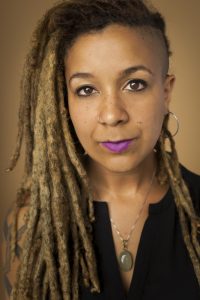 The author of Policing Black Lives: State Violence in Canada from Slavery to the Present is Robyn Maynard, a Black feminist writer, activist and independent scholar based in Montréal. A frequent commentator in local and national media, her written work has appeared in the Toronto Star, the Montréal Gazette, Montreal Review of Books, World Policy Journal and Canadian Women Studies Journal, and several peer-reviewed book anthologies. Maynard has presented her research on the racial discrimination faced by Canada’s Black communities to the United Nations, and testified as an expert witness at the Senate regarding the passage of Bill C-36. A long-time grassroots organizer with years of experience in frontline community work, Maynard is a part of the Black Indigenous Harm Reduction Alliance, where she coordinates workshops for incarcerated women, alongside supporting numerous local efforts against anti-Black racism and racial profiling in Montreal. Maynard regularly speaks around the country on issues of racism, criminalization and gendered state violence. Follow her on Twitter @PolicingBlack. 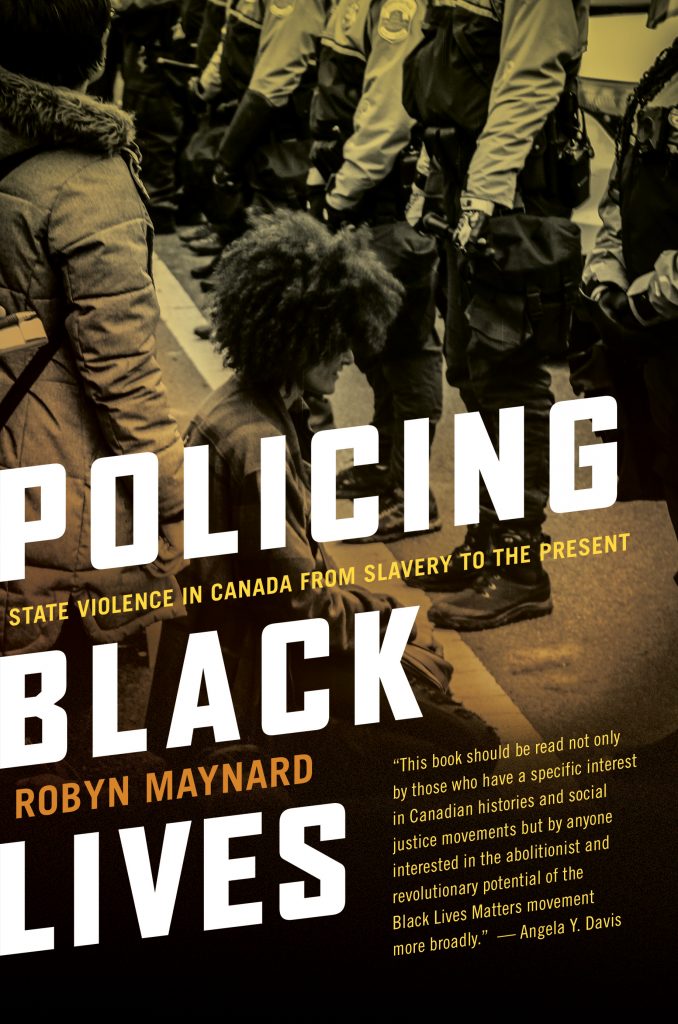 Delving behind Canada’s veneer of multiculturalism and tolerance, Policing Black Lives traces the violent realities of anti-blackness from the slave ships to prisons, classrooms and beyond. Robyn Maynard provides readers with the first comprehensive account of nearly four hundred years of state-sanctioned surveillance, criminalization and punishment of Black lives in Canada.

Emerging from a critical race feminist framework that insists that all Black lives matter, Maynard’s intersectional approach to anti-Black racism addresses the unique and understudied impacts of state violence as it is experienced by Black women, Black people with disabilities, as well as queer, trans, and undocumented Black communities. A call-to-action, Policing Black Lives urges readers to work toward dismantling structures of racial domination and re-imagining a more just society.

Robyn Maynard’s meticulously-researched and compelling analysis of state violence challenges prevailing narratives of Canadian multiculturalism and inclusion by examining how structures of racism and ideologies of gender are complexly anchored in global histories of colonization and slavery. This book should be read not only by those who have a specific interest in Canadian histories and social justice movements but by anyone interested in the abolitionist and revolutionary potential of the Black Lives Matters movement more broadly.” — Angela Y. Davis

Julie Hawks: What are the principal findings or arguments of your book? What do you hope readers take away from reading it?

Robyn Maynard: Policing Black Lives aims to shed light on nearly four centuries of state-sanctioned Black subjugation – and ongoing Black resistance – in Canada, a place in which blackness remains largely negated from the national (and global) landscape. Shrouded behind carefully curated national mythologies of benevolence, Canada is widely believed to be free from the historical inheritance of racialized state violence: anti-blackness is seen as a uniquely U.S. phenomenon. Yet the policing of Black lives in the New World extends well beyond the United States. This book, engaging with and building upon the works of Black historians like Charmaine Nelson, Barrington Walker, and Afua Cooper, contributes to scholarship on the global nature of state violence against Black folk by focusing on Canadian slavery and its afterlives across state institutions today.

This book is intended to provide readers with a broader historical context with which to understand the crisis facing Black populations in Canada today. The invisibility of Black life in Canada has meant that most people — even those who are university educated – are not aware that slavery existed in Canada for over 200 years. Neither are they aware of the fact that today, Black people are ten times more likely than whites to be killed by the police, and are incarcerated at a rate of over three times their make-up in the general population. It’s my goal that readers will see how the police killings of Chevranna Abdi, Bony Jean-Pierre, and Andrew Loku – all Black– and the recent handcuffing of a six-year old Black girl in her elementary school are not isolated phenomena, but outgrowths of centuries-old practices of the surveillance and punishment of Black populations.

Policing Black Lives explores the enduring pathologization of blackness and the devaluation of Black life that was entrenched during the enslavement of Black communities. It argues that slavery left a legacy that did not disappear from the Canadian landscape, but only transformed after slavery was abolished in 1834. For example, Canada’s role as the destination of the Underground Railroad is consistently invoked to popularize notions of Canadian racial benevolence. Yet despite the outward veneer of tolerance, state violence and neglect were the realities faced by Black populations in Canada, including formerly enslaved African Nova Scotians (on Canada’s east coast) and American Blacks who had fled the Civil War (and later, the Ku Klux Klan). This included segregated and under-funded schooling, a hostile and at times violent white population, exploitative labour practices, and extensive criminalization. In 1911, for example, Black men were incarcerated at a rate 18 times higher than that of white men.

The book demonstrates how amidst Canada’s ongoing formal proclamations of racial equality – seen, for example, when then-Prime Minister Pierre Elliott Trudeau officially declared a policy of state multiculturalism in 1971 — the entrenched denigration of Black lives has persisted across state institutions. This is explored by looking closely at Canada’s immigration and child-welfare enforcement policies, the school-to-prison pipeline, and the criminal justice system. For example, I argue that the familial dislocation seen today in the grossly disproportionate apprehension and removal of Black children from their families can be traced back to the fact that Black children were seen as property for over two centuries, that Black motherhood was both sexualized and criminalized, and that Black family members were frequently sold apart from one another.

Comments on “Policing Black Lives: A New Book on State Violence in Canada”