loading...
By Kwame Holmes March 28, 2019 Comments Off on The Roots of Antiblackness in the US and Brazil

At its core The Denial of Antiblackness: Multiracial Redemption & Black Suffering by João Vargas proposes an intriguing methodological question: Is it possible to perform a structural ethnographic analysis of unconscious antiblackness? Eduardo Bonilla-Silva established ethnography’s interest in implicit racial bias in Racism Without Racists: Color Blind Racism and the Persistence of Racial Inequality in America. Since then, scholarship on implicit bias has been grounded in behavioral psychology’s efforts to pin down material evidence of unspoken beliefs, and in doing so, has firmly taken its place as part of the empiricist social sciences. Here though Vargas intervenes against behavioral psychology’s rejection of Freudian psychoanalysis and attempts to document evidence, not of the unspoken—which we can consciously choose to conceal—but of the unconscious, which we most expressly cannot. Through engagement with Afropessimist and Black Feminist theory, Vargas locates the “oblique,” “asymptomatic,” and “omitted” character of the collective antiblack impulse in Brazil and the United States. He writes, “In these two main countries of the Black diaspora, there exists the simultaneous acknowledgement and the denial of foundational and structural antiblackness.” Vargas’s book is a creative pursuit of data that uncovers antiblackness that is as barely-not-there and ever-shifting as are our own unconscious desires.

Vargas’s case studies are set in Austin’s school-to-prison pipeline, Brazilian anti-poverty activism and street protests, and concludes with meditations on anti-violence work in South Central Los Angeles. A skilled ethnographer, Vargas conducts creative writing workshops in Austin’s juvenile detention center, and interviewing activists in Black women’s anti-violence organizations in São Paulo. In LA, Vargas frames the biography of Michael Zinzun as illustration of the Black Cyborg, who “incarnates political ambitions and projects an imagined future.” Such detailed and diasporic ethnographies require enormous amounts of time, and his field notes indicate the work extends at least back to 2008. He has used that time to develop a cornucopia of analytic lenses.

The most effective sections of the book are devoted toward a “systems thinking” approach to illuminating the anti-Black drive in liberal democracies. Vargas asks us to consider that Black and Latin@ children experience “accumulated dispossession” within the school-to-prison pipeline. In the same way that the reproductive success of an ant colony or bee hive emerges from the indirect assemblage of hundreds (or thousands) of small insectoid behaviors, accumulated dispossession moves Black and Latin@ children from K-12 classrooms to juvenile justice by dint of diffuse, individual disciplinary decisions. Vargas amplifies theory with tables of data and creative infographics that track Black and Latin@ boys and girls’ rates of in-school discipline, referrals to the juvenile justice courts and, once in the system, their differential sentences to community service, probation, or jail time.

Vargas also contributes to debates about the limits of multiracial politics that echo interventions by Jared Sexton and Tavia Nyongo in mixed race studies. Here, Vargas introduces the concept of “oblique identification” to characterize how “nonblack” minorities position themselves in relation to racial hierarchy. In multiracial societies, Vargas argues, citizens conceptualize racial hierarchy through the metaphor of Black suffering. The metaphors, rather than Black people’s material experience, monopoloizes conceptual space within public discussions of social hierarchy and allows non-Black minorities to identify with blackness while denying their relative structural advantage over Black people. He writes, “When the multiracial bloc’s racial analysis emerges, it is one that, even though it originates in pleas against phenomenon that are fundamentally antiblack…[it] often metamorphizes into a multiracial problem, one that affects Black, Latin@s, and other oppressed groups… in comparable ways.” Vargas further elaborates, “Black experiences, while related to those of nonblacks, are unique” and “to stress common denominators between Blacks and nonblacks is to bypass such uniqueness” and “ignore a fundamental… structural feature” of our world. 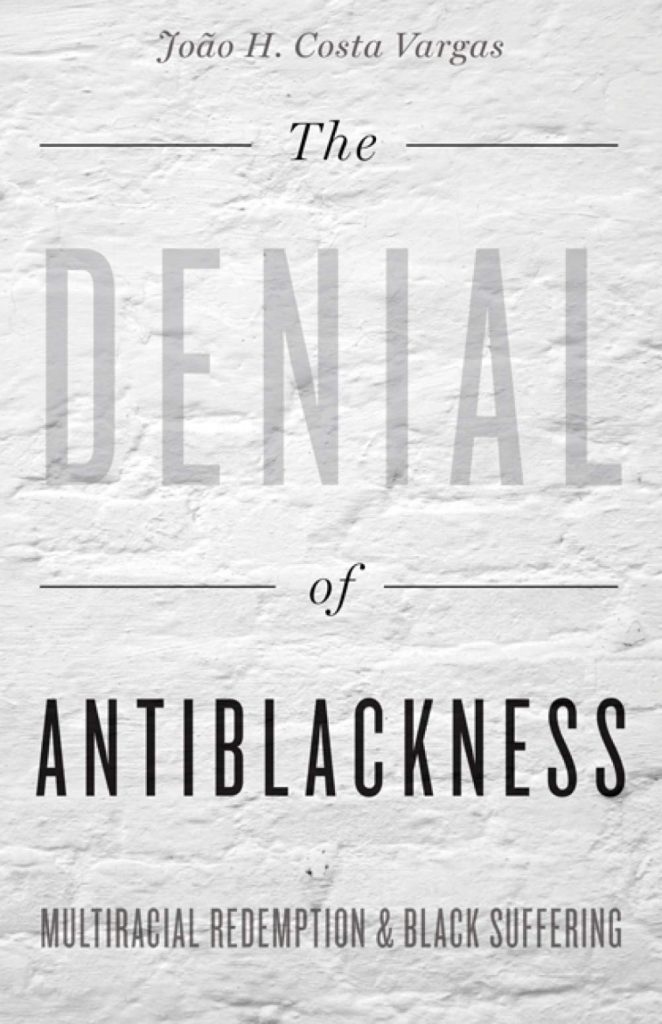 While Vargas’s analyses of oblique identification within Austin’s juvenile justice system are eye-opening, the dispiriting results of the 2018 Brazilian elections transform his chapters on antiblackness in that nation into chilling prophecy. Scholars interested in Black political refusal will be intrigued to read Vargas’s sections on Black Brazilians disidentification with multiracial coalition. Vargas shows how anti-Black police violence disappears within coalitional anti-violence politics in Brazil, and in doing so, Vargas explains Black Brazilians’ evasive identification with electoral politics. Later, he creatively unpacks how Worker’s Party supporters—who became Bolsonaro voters—were angered by welfare policy that aided the poorest, and necessarily blackest, citizens. When those voter accused the Woker’s Party of “corruption,” they confirm Vargas’s thesis that non-Black Brazilians believed something was wrong with their government, but were unable to consciously identify that the “something” was their own antiblackness. Consequently, multiracial democracies annihilate political language that brings antiblackness to the fore.

Yet Vargas’s work also raises many questions. I was puzzled by his ethnographic accounts of a series of writing workshops he and fellow researchers organized in the juvenile detention center: “When they finished a piece of writing and asked one of us to read it, or they read it aloud, their hopeful, momentarily excited yet hesitant gaze, their crisp yet uncertain movements, their enthusiastic yet fearful eyes betrayed intense experiences of bodily abuse, including sexual and psychological brutality.” Given what we believe about the juvenile justice system, Vargas’s diagnosis of the inmates personal and psychological history seems entirely plausible. Yet he does not specify how he knows what the students’ behaviors signal or “betray” about their true intentions or personal histories. Within an anticolonial book, Vargas’s penchant for narrating his participants trauma on their behalf risks reviving association with ethnography’s colonial past.

Along those lines, I must also point to sections of the text that were upsetting to read, and raised serious concerns about the ethics of ethnographic work in carceral settings. Vargas’s writing workshops unleashed emotions that materially impacted the lives of participants. He writes, “On the other hand, because they seemed more curious, assertive and aware, our kids became more susceptible to institutional retaliation.” And later, “The performance of some of the sentences they carefully crafted over a few weeks—sentences full of personal and collective truths and critique—occasionally led them to insubordination and solitary confinement, which added to their sentences.” As illustration, Vargas narrates a horrific fight between two juvenile incarcerated women that began during the workshop: “As BB was shouting, her body pressed against the floor, the male staff member who had just come in quickly controlled and handcuffed her. Still struggling against her restraint, BB shouted to BL, ‘By my son, I’ll get you, nigger. I’m going to kill you!’ BL, who until then had been shouting back, but remained in the room in which staff member had placed her, attempted to force the door and charge toward BB.”

I found myself taken aback when reading these passages, and similarly activated by directly quoting the text. In one sense, Vargas should be applauded for including this moment from the writer’s workshops. Doing so opens him up to critique, and perhaps other researchers would have left these passages on the editing room floor. However, I was not sure, given his admission that his workshop inadvertently led some participants into longer prison sentences, if Vargas intends the reader to consider his research as part of the accumulated dispossession Black and Latin@ kids experience. If so, does the inevitability of that dispossession absolve Vargas of any role in its advance? These sections encouraged me to contemplate all the ways academia makes productive use of Black suffering in order to advance our research agendas. If we are concerned about societal denial of antiblackness, then yes, we are charged in making that suffering more visible and therefore harder to deny. Yet our academic work produces more than that. It produces us as white-collar professionals and, for those on the tenure track, middle-class income and benefits. In many ways, then, bringing Black suffering to the fore, making it visible and readable contributes as much to our self-making as it does to civil society and capitalist economies. In The Denial of Antiblackness, Vargas both illustrates these dynamics and encourages us to examine our own similar inclinations.

Kwame Holmes is Faculty Advisor with the Bard Prison Initiative. His research engages the intersection of race, sexuality, class identities, and politics within the history of the modern city. He is at work on his book manuscript, Queer Removal: Liberalism and Displacement in the Nation’s Capital, which narrates how the racial, gender and sexual diversification of the middle class in the wake of the civil rights, women’s, and gay liberation struggles in the Washington Metropolitan Area. Follow him on Twitter @KwameHolmes.