loading...
By J. T. Roane December 24, 2018 Comments Off on A Political Education: A New Book About Black Politics and Education Reform in Chicago

This post is part of our blog series that announces the publication of selected new books in African American History and African Diaspora Studies. A Political Education: Black Politics and Education Reform in Chicago Since the 1960s was recently published by the University of North Carolina Press. 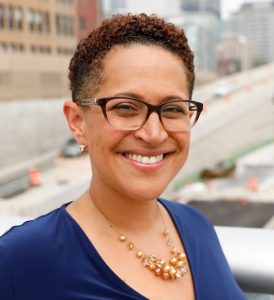 The author of A Political Education is Elizabeth Todd-Breland, Assistant Professor of History at the University of Illinois at Chicago. Her research and teaching focus on U.S. urban history, African American history, and the history of education. Her book, A Political Education: Black Politics and Education Reform in Chicago Since the 1960s, analyzes transformations in Black politics, shifts in modes of education organizing, and the racial politics of education reform from the 1960s to the present. She also organizes professional development workshops, curricula, and courses for K-12 teachers. Her research has been supported by grants and fellowships from the National Academy of Education, Spencer Foundation, Andrew W. Mellon Foundation, American Council of Learned Societies, Social Science Research Council, Ford Foundation, and UIC Institute for Research on Race and Public Policy. Professor Todd-Breland earned her Ph.D. in History from the University of Chicago. Follow her on Twitter @etoddbreland. 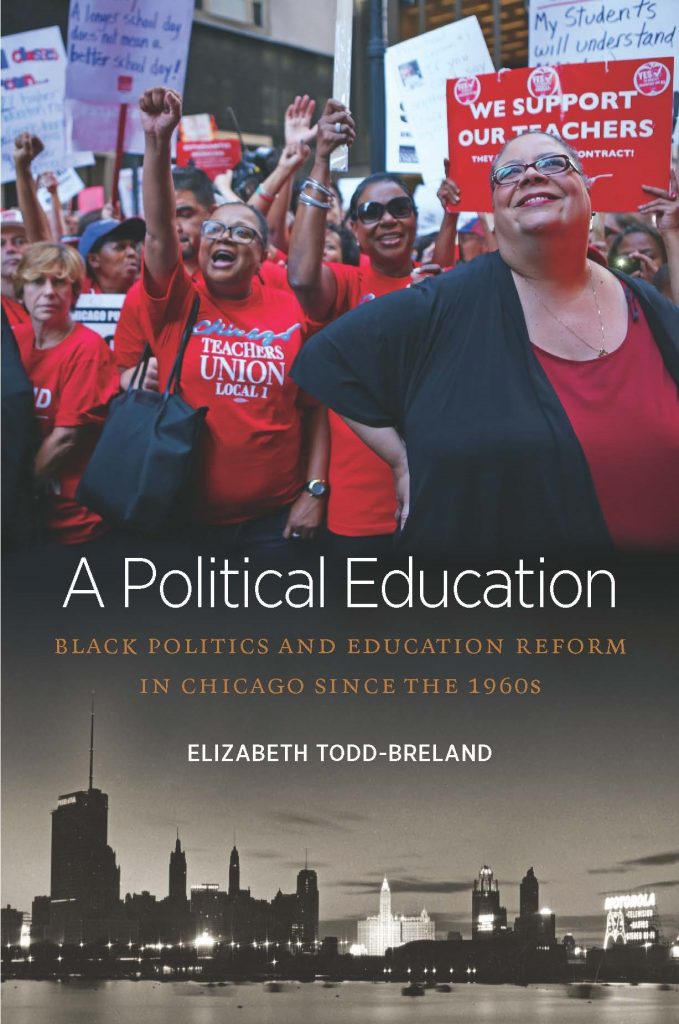 In 2012, Chicago’s school year began with the city’s first teachers’ strike in a quarter century and ended with the largest intentional mass closure of public schools in U.S. history. On one side, a union leader and veteran Black woman educator drew upon organizing strategies from Black and Latinx communities to demand increased school resources. On the other side, the mayor, backed by the Obama administration, argued that only corporate-style education reform could set the struggling school system aright.

Elizabeth Todd-Breland recovers the hidden history underlying this battle. She tells the story of Black education reformers’ community-based strategies to improve education beginning during the 1960s, as support for desegregation transformed into community control, experimental schooling models that pre-dated charter schools, and Black teachers’ challenges to a newly assertive teachers’ union. This book reveals how these strategies collided with the corporate reorganization of the public sphere during the late twentieth century, laying bare ruptures and enduring tensions between the politics of Black achievement, urban inequality, and U.S. democracy.

Elizabeth Todd-Breland has brilliantly revealed how even in the midst of severe disinvestment from black communities, there continued to be significant resistance to such policies in these same communities. Anyone seeking to understand how neoliberalism has shaped public education and how members of marginalized communities and their allies have resisted must read A Political Education. This is an important book!” –Cathy Cohen, University of Chicago

As a study of Black education organizing, A Political Education is a book about Black women’s politics and practice. Black women are too often sidelined in accounts of Black politics. Yet Black women were central in theorizing and implementing political efforts to improve Black education. The dynamic program of the Association of Black Women Historians’ 40th anniversary symposium reminds us that Black women’s history is leading the field! I hope to contribute generatively to this work. Black women’s political and intellectual labor powered movements for racial justice and should be centered in discussions of Black politics, social movements, and education reform.

In A Political Education, I present a different picture of Black politics and urban communities in the period after the 1960s. Social scientific and historical renderings of this period of “urban crisis” can leave the impression that Black people were too disfranchised, poor, socially isolated, or nihilistic to meaningfully engage politically. In contrast, my work details rich networks of Black folks during this period who continued to organize in public schools, community and civic organizations, and independent institutions.

Scholarship on cities and Black life after the 1960s is rife with opportunities for new nuanced work on, but not limited to: political economy, gentrification, and institutional abandonment; labor and the affective experience of social class; Black cultural production; migration and identity; gender, sexuality, and ideas of community; Black leisure and joy; and tensions between community organizing and punitive state and corporate power. This work invites us to historicize the present. What are the challenges and opportunities of the recent history archive? How might we contribute to the archive by collaborating with archivists and communities engaging in liberatory memory work?