Enter New Perspectives on the Black Intellectual Tradition. Edited collections, at times, can serve as a barometer to determine the trajectory of a historiography. The 1977 Wingspread Conference and subsequent New Directions in American Intellectual History redefined American intellectual history for a generation. Likewise, African American intellectual history is replete with monographs and articles that reshape the field for years to come. August Meier’s Negro Thought in America, 1880-1915 (1963) and Harold Cruse’s Crisis of the Negro Intellectual (1967) towered over every historian attempting to study Black thought in the 1960s, 1970s, and well into the 1990s. It is no coincidence that such a revolution in thinking about African American thought took place against the backdrop of the Civil Rights and Black Power Movements. Likewise, more recent works such as Toward an Intellectual History of Black Women (2015) has made it clear that any new reckoning with African American intellectual history must include Black women. New Perspectives on the Black Intellectual Tradition, like the best of edited collections, includes both well-written and well-researched articles, while also pointing to ways in which an entire field of historical inquiry should look for a new generation of scholars. Written with the struggle of Black Lives Matter and the resurgent white nationalism aided and abetted by the Trump Administration, New Perspectives on the Black Intellectual Tradition also points to a sense of urgency among scholars—not just to craft new lines of intellectual inquiry, but to say something of significance that will reverberate beyond the academy.

What Keisha N. Blain, Christopher Cameron, and Ashley Farmer have done in this collection is declare, with no reservations, what African American intellectual history should look like for a new generation of scholars. In writing and research, the new African American intellectual history is unafraid to re-examine old—previously assumed to have been answered—questions about the Black past, while opening up new areas of inquiry. Each section of New Perspectives on the Black Intellectual Tradition—Black internationalism, religion, social justice, and radicalism—shows how many up and coming scholars are looking at classic themes in African American history from fresh points of view.

The importance of Black internationalism has become a cornerstone of African American intellectual history for decades. Indeed, recent works by two of the editors—Blain’s Set the World on Fire and Farmer’s Remaking Black Power—unite the themes of African American women’s history and thinking globally. This section is no different, finding new and intriguing avenues to think about how Black people in America saw themselves as part of a global campaign against white supremacy, imperialism, and patriarchy. 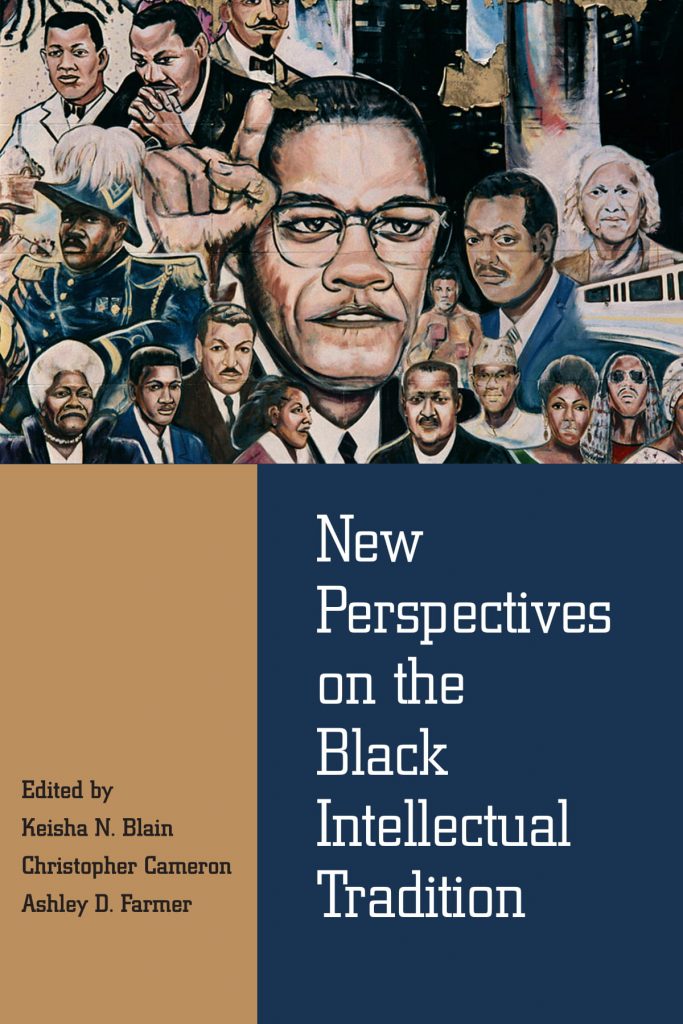 While each essay stands out on its own, several of them point to a larger change within intellectual history. Celeste Day Moore’s “Every Wide-Awake Negro Teacher of French Should Know” argues for the importance of learning French to Nadir-era African Americans. Picking up on the unique invocation of learning French in writings by Booker T. Washington (who was dismissive of learning the language instead of learning practical, industrial-education), Moore points out that this desire to learn French transformed from “a desire to lay claim to its civilizational associations,” into a way for African Americans to tap larger linguistic networks across the Black Diaspora. Moore’s intellectuals are African Americans who received excellent educations in American universities (often, but not just, Historically Black institutions) but were limited to working at Black-run high schools, liberal arts universities, and land-grant institutions. Intellectuals—especially in Black America—aren’t always to be found at Ivy League schools or, in the present-day, at large-scale think tanks.2

Likewise, Guy Emerson Mount’s essay, “Historical Ventriloquy: Black Thought and Sexual Politics in the Interracial Marriage of Frederick Douglass” forces historians to reconsider what they believed they knew about the reaction of the African American public to Douglass’ marriage to a white woman in the 1880s. Mount’s introduction is a careful meditation on the intersection of activism, presentism, and historical scholarship often at the heart of the African American historical project. “Presentism distorts interpretations of the past. Historical ventriloquy changes the facts,” Mount warns. He is not asking historians to forget their role in helping to shape modern discourse; Mount merely wants us all to do our homework. He points out that the argument that most in the African American community were opposed to Douglass marrying a white woman simply doesn’t bear even rudimentary historical analysis—instead being born of the downplaying of racial integration by Booker T. Washington and his intellectual allies during the darkest days of Jim Crow segregation. In short, using history to buttress present political arguments has its pitfalls—even in the African American intellectual tradition.3

Robert Greene II is a PhD. student in the Department of History at the University of South Carolina. He studies American history after 1945 with a focus on the American South, political history, and memory. Follow him on Twitter @robgreeneII.