loading...
By Skyler Gordon March 20, 2019 Comments Off on Dockworker Power: A New Book on Labor Activism in South Africa and the United States

This post is part of our blog series that announces the publication of selected new books in African American History and African Diaspora Studies. Dockworker Power: Race and Activism in Durban and the San Francisco Bay was recently published by University of Illinois Press. 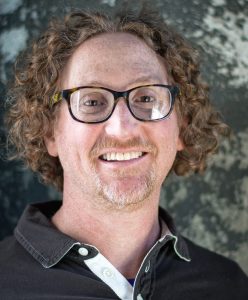 The author of Dockworker Power is Peter Cole, a historian of the twentieth-century United States, South Africa  and comparative history. He is currently a professor of history at Western Illinois University, and holds an appointment as a Research Associate in the Society, Work and Development Institute (SWOP) at the University of the Witwatersrand in Johannesburg, South Africa. He is the author of Wobblies on the Waterfront: Interracial Unionism in Progressive-Era Philadelphia (University of Illinois Press, 2007) and most recently, Dockworker Power: Race and Activism in Durban and the San Francisco Bay Area (University of Illinois Press, 2018). He co-edited Wobblies of the World: A Global History of the IWW (Pluto Press, 2017) and edited Ben Fletcher: The Life & Times of a Black Wobbly (Charles H Kerr, 2007).  Follow him on Twitter @ProfPeterCole. 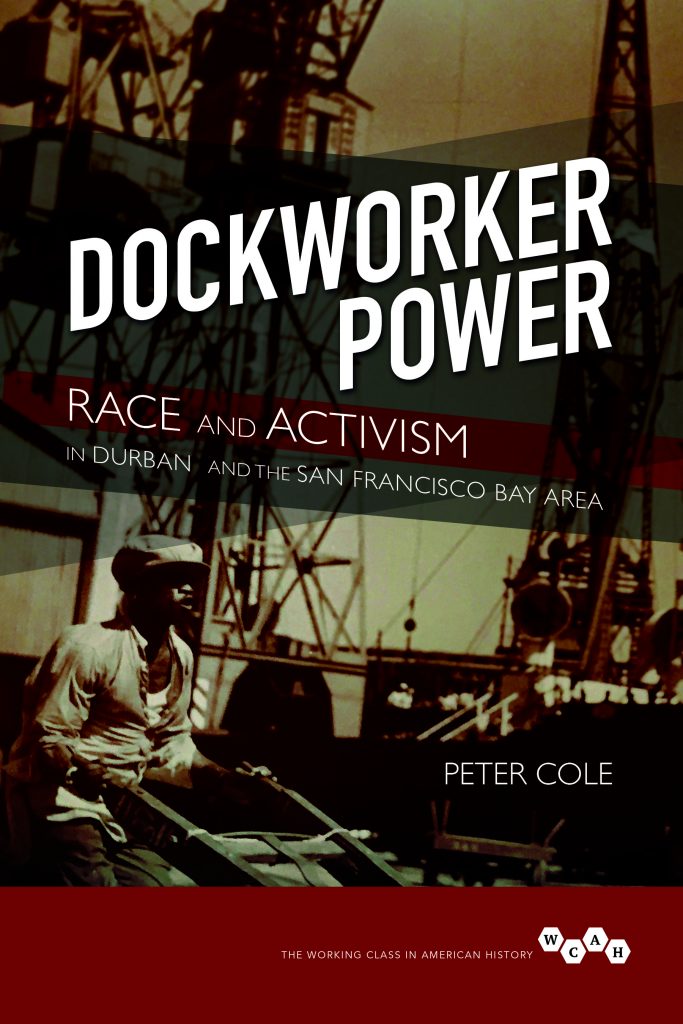 Dockworkers have power. Often missed in commentary on today’s globalizing economy, workers in the world’s ports can harness their role, at a strategic choke point, to promote their labor rights and social justice causes. Peter Cole brings such overlooked experiences to light in an eye-opening comparative study of Durban, South Africa, and the San Francisco Bay Area, California. Pathbreaking research reveals how unions effected lasting change in some of the most far-reaching struggles of modern times. First, dockworkers in each city drew on longstanding radical traditions to promote racial equality. Second, they persevered when a new technology—container ships—sent a shockwave of layoffs through the industry. Finally, their commitment to black internationalism and leftist politics sparked transnational work stoppages to protest apartheid and authoritarianism. Dockworker Power brings to light surprising parallels in the experiences of dockers half a world away from each other. It also offers a new perspective on how workers can change their conditions and world.

“Peter Cole has written a cutting-edge work that combines labor, maritime, comparative, and global history in brilliantly illuminating ways. The edge is the waterfront, whose workers make the world economy go ’round.” — Marcus Rediker, University of Pittsburgh

Skyler D. Gordon: What type of impact do you hope your work has on the existing literature on this subject? Where do you think the field is headed and why?

Peter Cole: My book explores numerous subjects including the histories of African Americans, unions, shipping, Pan-Africanism, cities, South Africa, and technology. In keeping with the focus of Black Perspectives—truly a path-breaking resource—I will underline that my book examines the tremendous potential of Black workers in struggles for racial equality and economic liberation. Cedric Robinson, in his classic Black Marxism: The Making of the Black Radical Tradition, popularized the term “racial capitalism” for an American audience but, as Robin D. G. Kelley recently noted, Robinson learned of the concept from South Africans seeking to understand their own warped society. To me, we cannot appreciate racial capitalism if we do not center Black workers and workers’ most powerful tools, strikes and unions. Related to that, I hope my book helps Americanists to look beyond US borders. Robinson’s research was enhanced because he escaped the straightjacket of methodological nationalism. Not surprisingly, he encountered those South Africans while himself living outside the US. I’d be lying if I claimed doing comparative history was easy, but I can assure folks it is enriching.

Third, Dockworker Power contributes to what Robert Korstad labeled “civil rights unionism” in his book on Black people who unionized tobacco warehouses in North Carolina. My own book examines how San Francisco Bay Area dockworkers integrated their own ranks (in ILWU Local 10) and, over time, drastically increased their Black membership. Then, they pushed other locals in their union, their employers, and various layers of governments to do the same. They did so, decades before the Civil Rights Act of 1964, due to their left politics, plain and simple. It’s vogue to talk up Martin Luther King’s democratic socialism and efforts in organizing Black workers; yet, with the notable exception of Memphis sanitation workers, these vital issues remain underexplored. So, I hope Dockworker Power ignites further research on African American workers, civil rights, and unionism.

Black internationalism is another of my book’s major themes. In the Bay Area, black (and white) dockworkers—not coincidentally, all leftists—actively supported freedom struggles in South Africa and elsewhere. Similarly, Durban dockers, almost entirely black (Zulus and some Pondos), engaged in transnational solidarity actions on behalf of Black liberation in Ethiopia and Zimbabawe. Much work remains to be done on black workers promoting social justice, worldwide, and I hope Dockworker Power convinces others to join me in doing so.

Skyler D. Gordon is a PhD student in the Department of History at Princeton University. His research interests include twentieth-century African American history, the history of the Black Left and black internationalism. Follow him on Twitter @skydangor.