loading...
By Guest Poster March 30, 2016 Comments Off on Black Internationalism, Booker T. Washington, and the German Empire in Africa 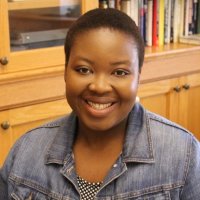 This is a guest post by Marius Kothor, a PhD student in the Department of History at the University of Iowa. She received her BA in African and African American Studies from the University of Rochester. Her current research focuses on the role of market women in the construction of national identity in Togo and the construction of African identity among Africans living in the United States. You can follow Marius on Twitter @AfrikanaPress. In this post, Marius reviews Andrew Zimmerman’s Alabama in Africa : Booker T. Washington, the German Empire, and the Globalization of the New South (Princeton, NJ: Princeton University Press, 2010).

Historians have successfully illustrated how black communities and individuals used theories born out of black internationalism to advance their political agendas. Less attention, however, has been paid to the ways in which non-black actors appropriated black internationalist theories of liberation and racial uplift for political purposes. In Alabama in Africa: Booker T. Washington, the German Empire, and the Globalization of the New South, Andrew Zimmerman offers an analysis of the globalizing influence of the theory of racial uplift offered by Booker T. Washington and his Tuskegee Institute. Tracing the Tuskegee expedition to the German colony of Togo, Zimmerman provides a brilliant analysis of how the expedition “brought together German and American models and ideologies of race and free agricultural labor” and insists that the expedition must be “understood in its connection to the three regional histories it brought together-African, German, and American” (p. 1). Alabama in Africa’s greatest contribution to the discourse on black internationalism lies in the monograph’s transnational approach to examining how African American theories on racial uplift were appropriated by German colonial officials to oppress African farmers and how Africans in turn challenged these ideologies in innovative ways.

Historians such as Frank Andre Guridy have historicized the process of “diaspora-making” illustrating how African descended people actively enacted their agency to share theories about racial uplift around the world and to form linkages across nations and cultures for their own material benefit. In Forging Diaspora: Afro-Cubans and African Americans in A World of Empire and Jim Crow, Guridy illustrates how Afro-Cubans sent their children to the Tuskegee Institute in Alabama “not as an act of diasporic political solidarity, but in the hope of obtaining some sort of advanced schooling for their sons and daughters in the absence of viable options in their homeland.”1 Similarly, in the The Age of Garvey: How a Jamaican Activist Created a Mass Movement and Changed Global Black Politics, Adam Ewing illustrates the globalizing influence of Garveyism by focusing on the various political articulations of the movement in Africa, the Caribbean and the United States during the interwar period.2 Despite these incredible illustrations of the appeal of racial uplift theories to black communities around the world, historians have yet to give sufficient attention to ways in which theories on racial uplift have appealed to and were used by people outside of black communities.

In Alabama in Africa, Andrew Zimmerman illustrates how Booker T. Washington’s gospel of racial uplift had a particular appeal for German administrators who were already familiar with and receptive to the notion that black people had a natural propensity for backbreaking labor. As Zimmerman explains, among German intellectuals, there was a prevailing notion that there existed a natural connection between black people and cotton production. German social scientists like Max Weber, for example, were instrumental in perpetuating ideas about inherited and cultural differences that influenced the ability of certain groups of people to be disciplined for “heavy industry” (p. 214). Working with his theory on the “Protestant Work Ethic,” Weber insisted that there was a “likelihood that ‘racial differences’ played a role in competence for industrial work” (p. 215). Weber’s ideas combined with theories from other German social scientists of the time worked to define black people around what Zimmerman describes as a “contradiction between an aptitude for menial work and an inability to do this work without the intervention of an external authority” (p. 10).

This intellectual environment combined with the German government’s push to build an empire through its colonies abroad made the American South a natural “model not only for those who would globalize the New South of segregation, disfranchisement and sharecropping” but also for those who “would globalize African American efforts at self-emancipation” (p. 237). Therefore, the Tuskegee Institute’s commitment to racial uplift through industrial education for blacks presented an ideal model for German officials who hoped to build a cotton empire based on black labor in their African colonies.

In 1901, the German government commissioned a delegation from the Tuskegee Institute to help set up a cotton economy in their Togoland colony. Working diligently to avoid the forced labor characteristic of slavery in the United States and peasantry in Eastern Europe, German officials hoped that the Tuskegee expedition would be able to transform Togo into a cotton economy directly mirroring the economy of the American South without the use of forced labor.3 The implementation of this project proved to be particularly difficult as farmers in Togo were largely unwilling to enter into the Global economy through a dependence on cash crops. Consequently, the German colonial administrators abandoned their initial policy of persuading farmers to produce cotton and resorted to using coercion and violence to subjugate Togolese farmers.

Zimmerman’s examination of the global context in which the Tuskegee expedition to Togo took place offers important insights into the racial ideologies which supported cotton production in the American South and in European colonies. More importantly, Alabama in Africa offers an important look at how the ideologies which were developed to uplift black people and improve their lives were appropriated by German colonial officials to subjugate black people in different regions of the world.

Zimmerman’s meticulously researched account of the Tuskegee expedition to Togo transcends the area studies model and offers important critical perspectives on the intersections of American, European and African history. This transnational perspective makes Alabama in Africa an important book for scholars and students of African, European, and American history. Scholars and students of African history will find Zimmerman’s meticulous research in colonial archives and careful analysis of pre-colonial African agricultural production particularly useful. Finally, Zimmerman’s illustration of how the people of Togo creatively navigated the systems imposed on them through German colonization adds incredible depth and nuance to scholar’s understanding of colonialism in Africa.