This post is part of our blog series that announces the publication of selected new books in African American History and African Diaspora Studies. New Perspectives on the Black Intellectual Tradition was recently published by Northwestern University Press. It is the first edited volume of the African American Intellectual History Society (AAIHS). 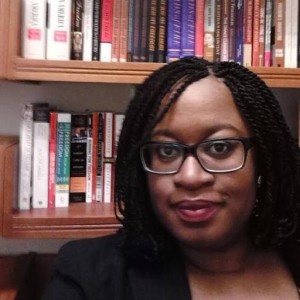 Keisha N. Blain is historian of the 20th century United States with broad interdisciplinary interests and specializations in African American History, the modern African Diaspora, and Women’s and Gender Studies. She completed a PhD in History at Princeton University and currently teaches history at the University of Pittsburgh. Her research interests include Black internationalism, radical politics, and global feminisms. She is the author of Set the World On Fire: Black Nationalist Women and the Global Struggle for Freedom (University of Pennsylvania Press, 2018) and co-editor of Charleston Syllabus: Readings on Race, Racism and Racial Violence (University of Georgia Press, 2016). She is the current president of the African American Intellectual History Society and senior editor of Black Perspectives. Follow her on Twitter @KeishaBlain. 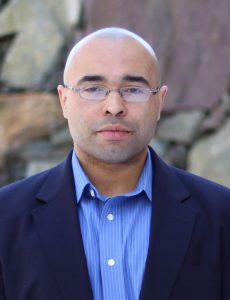 Christopher Cameron is an Associate Professor of History at the University of North Carolina at Charlotte. He is the author of To Plead Our Own Cause: African Americans in Massachusetts and the Making of the Antislavery Movement (Kent State University Press, 2014), which explores the relationship between Puritan theology and the rise of black abolitionism. It argues that African Americans were central to the development of the antislavery movement in America. His second book, Black Freethinkers (Northwestern University Press, 2019), explores African American humanism, agnosticism, and atheism from the late-18th century to the civil rights era. Drawing from memoirs, novels, poetry, newspapers, and archival materials, it argues that secularism has been a key component of black political and intellectual life for nearly 150 years. Follow him on Twitter @ccamrun2. 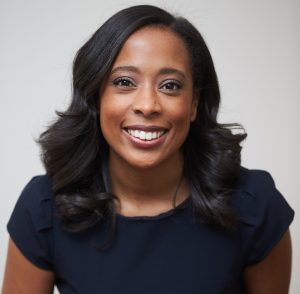 Ashley D. Farmer is a historian of black women’s history, intellectual history, and radical politics. She is currently an Assistant Professor in the Departments of History and African and African Diaspora Studies at the University of Texas at Austin. Her book, Remaking Black Power: How Black Women Transformed an Era  (UNC Press, 2017), is the first comprehensive study of black women’s intellectual production and activism in the Black Power era. Dr. Farmer’s scholarship has appeared in numerous venues including The Black Scholar and The Journal of African American History. Her research has also been featured in several popular outlets including Vibe, NPR, CSPAN, and The Chronicle Review. Dr. Farmer earned her BA from Spelman College, an MA in History and a PhD in African American Studies from Harvard University. Follow her on Twitter @drashleyfarmer. 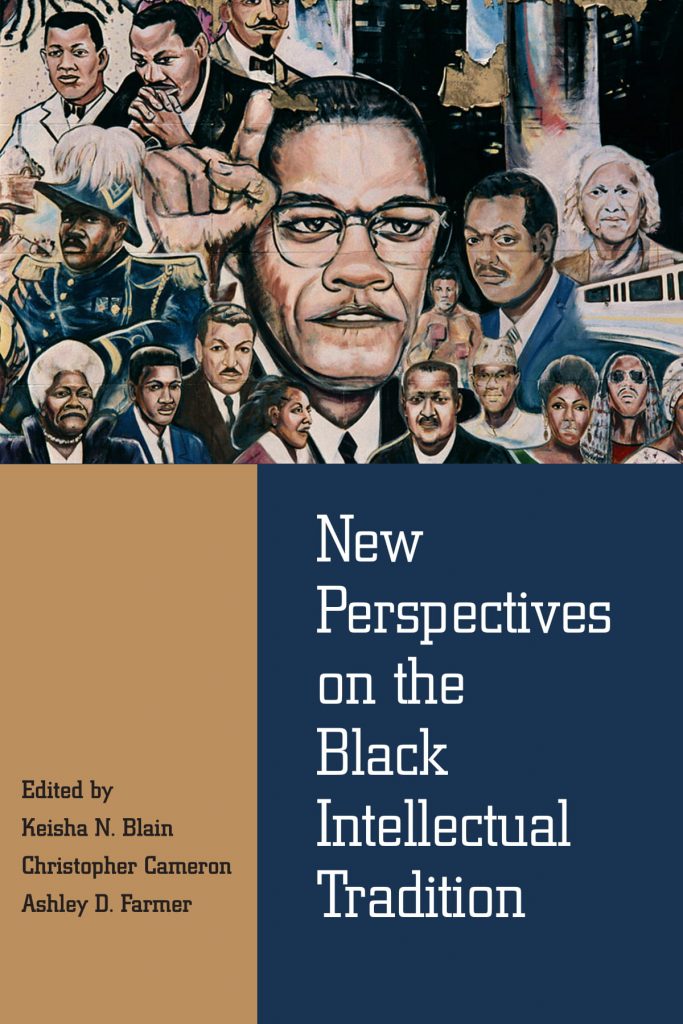 From well-known intellectuals such as Frederick Douglass and Nella Larsen to often-obscured thinkers such as Amina Baraka and Bernardo Ruiz Suárez, black theorists across the globe have engaged in sustained efforts to create insurgent and resilient forms of thought. New Perspectives on the Black Intellectual Tradition is a collection of twelve essays that explores these and other theorists and their contributions to diverse strains of political, social, and cultural thought.

The book examines four central themes within the black intellectual tradition: black internationalism, religion and spirituality, racial politics and struggles for social justice, and black radicalism. The essays identify the emergence of black thought within multiple communities internationally, analyze how black thinkers shaped and were shaped by the historical moment in which they lived, interrogate the ways in which activists and intellectuals connected their theoretical frameworks across time and space, and assess how these strains of thought bolstered black consciousness and resistance worldwide.

Defying traditional temporal and geographical boundaries, New Perspectives on the Black Intellectual Tradition illuminates the origins of and conduits for black ideas, redefines the relationship between black thought and social action, and challenges long-held assumptions about black perspectives on religion, race, and radicalism. The intellectuals profiled in the volume reshape and redefine the contours and boundaries of black thought, further illuminating the depth and diversity of the black intellectual tradition.

This is a marvelously insightful collection featuring contributions by a diverse array of rising stars in our field.  In these pages you will learn not only where Africana Studies is headed, but about Intellectual History more generally.” —Gerald Horne, University of Houston

Melissa Shaw: What type of impact do you hope your work has on the existing literature on this subject? Where do you think the field is headed and why?

Blain, Cameron, and Farmer: Many scholars have written on the Black intellectual tradition, including Manning Marable, Pero G. Dabovie, Martha Jones, Mia Bay, and Derrick Aldridge, just to name a few. We are so indebted to their scholarship, which provides the bedrock for understanding how people of African descent have functioned as key knowledge producers. In this volume, we both build on and extend this important work by asking different kinds of questions; exploring new research methods and methodologies; and by asserting our own voices as part of a younger generation of scholars who are helping to shape (and in some ways, reshape) the field. Our hope is that the volume will function as a useful introductory text for those who desire to know more about Black intellectual history.

But even more, we hope that the text will provide some models—and examples—of the diverse ways that scholars can approach the study of Black thought. One of the misconceptions about Black intellectual history is that it’s primarily a history of the Black middle-class and elite, for example. Other misconceptions are that Black intellectual history can only mean one thing and be packaged in one way; and that it is somehow unconnected to social history. We resist these kinds of rigid boxes. As the chapters in the volume reveal, Black intellectual history is neither static nor monolithic. As we develop new tools for doing research, especially digital ones, and as we begin to uncover new kinds of sources, we’re able to capture the ideas of ordinary people, and we’re also better able to draw connections across time and space. In this volume, readers will encounter these varied perspectives and approaches that move beyond conventional understandings of intellectual history.

The volume is very much part of a vibrant new wave of scholarship that seeks to deepen our understanding of the Black intellectual tradition. These works include Toward an Intellectual History of Black Women; and Black Intellectual Thought in Modern America. In the coming years, we look forward to seeing even more work in the field that highlights novel approaches and methods to the study of Black thought in the United States and abroad.

*Click here to read an excerpt of New Perspectives on the Black Intellectual Tradition.

Comments on “‘New Perspectives on the Black Intellectual Tradition’: A New Book on Black Thinkers in the US and Abroad”