*This post is part of our blog series on Black Europe. This series, edited by Kira Thurman and Anne-Marie Angelo, explores what it means to bring the category of Black Europe to the foreground of scholarship on Europe and the Black Atlantic.

Last July, the ambassador of France in New York wrote a public letter to Trevor Noah, The Daily Show’s anchor. Referring to the French soccer team, mainly composed of Black athletes, Noah had jokingly declared that Africa had won the World Cup. In the letter, the ambassador insisted upon France’s unwillingness to refer to its citizens’ ethnic or racial background: “To us, there is no hyphenated identity (…). By calling them an African team, it seems you are denying their Frenchness,” implying thus that one could not claim to be Black or African and French. As Noah himself recalled in his humorous answer to the ambassador, such a statement sounded quite odd in the context of renewed and intensified narratives casting Blacks as external to Europe. Since 2015, a dominant narrative has emerged about the “refugee crisis” that presents it as an overwhelming and unexpected event for European nation-states. This narrative has amplified the prevailing association of migrants’ bodies with invasion and threat. It has reinforced the collective awareness of the geographical borders of Europe, but also of its bodily borders, stabilizing stereotypes and criminalizing public representations of Black subjects.

The French ambassador’s statement against hyphenated identity implies that the hyphen connects. But the hyphen operates in two divergent ways: it connects and breaks. When read together, the ambassador’s statement and the “refugee crisis” narrative assume a breaking function: they assign “Black” and “European” to two separate lines, they produce Black subjects as external to Europe’s space and history, despite Black people’s longstanding presence on continental soil. Noah’s response, in contrast, seeks to connect Blackness and Europe. The hyphen’s ambivalent grammatical operation, I want to suggest, can become a powerful analogy for thinking the relationship between Blackness and Europeanness.

For almost four decades, Black critical interventions have gone a long way to account for the contentious hyphenation between Blackness and Europeanness.1 Paul Gilroy’s opening sentence of The Black Atlantic – “Striving to be both European and black requires some specific forms of double-consciousness”– or Audre Lorde’s aim to galvanize the collective consciousness of the Afro-Germans – “the hyphenated people” – during her Berlin years constitute germinal examples of such an endeavor in the late 80s and early 90s.

In the same period, the Black British scholar Stuart Hall coins the notion of  “Europe’s ‘internalist’ story” in a short essay for Marxism Today where he critically engages with public discourses that view the upcoming enlargement of the European Union as a process of broadening Europe’s “enlightened” rampart against the fundamentalism of the ‘others.’ Such discourses, he argues,  renew a “dominant narrative of modernity,” an “internalist” story about Europe’s development and identity “with capitalism growing  from the womb  of feudalism and Europe’s self-generating capacity  to  produce,  like  a  silk-worm, the circumstances of her own evolution from within her own body.” The internalist narrative, Hall pursues, operates through colonial amnesia, as it erases “the actual relations of unequal exchange and uneven development through which a common European identity was forged” (18).

As a scholar working on Black anti-racist mobilization in Europe, both present and past, I view the “internalist narrative” as a key framework for grasping the complex and manifold historical, socio-political and affective logics that continuously disconnect Blackness from local, national and supranational definitions of Europeanness. In this perspective,  Fatima El-Tayeb’s actualization of Hall’s concept in European others, queering ethnicity and Cecile Emeke’s web series Strolling are recent interventions that convincingly expose the internalist narrative’s persistent power of externalization. 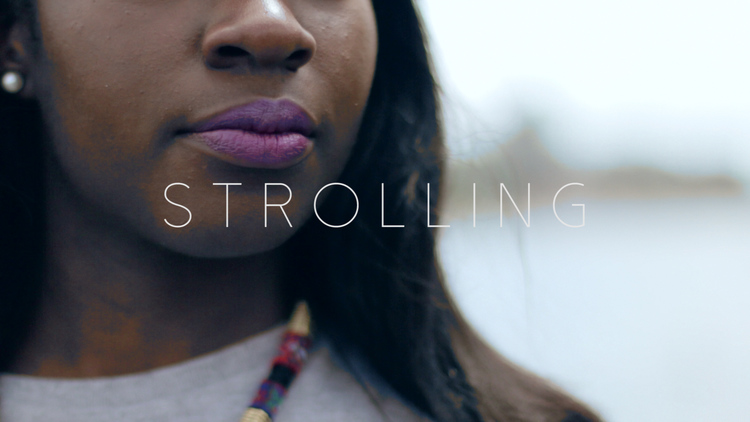 Emeke’s web series stages narratives of afro-European youth in order “to collect and connect the scattered stories of the black diaspora.” As it was launched at the same period of the apex of the “refugee crisis” narrative, it can be read as (without being reduced to) a counter-narrative to the latter. One of the Strolling episodes, which reached more than 50 thousand views, stages Fanta strolling in the streets of Paris. Fanta criticizes the common use of the English word “Black” instead of “noire” to describe Black people in France and sees this use as a means of marking them as “foreign.” She then elaborates on France’s refusal to recognize its history of slavery and colonialism: “If we don’t know what happened then we don’t know why we are here … By denying this history they can push this narrative of: ‘Immigrants? They are here, they are like parasites, and we don’t know why they are here.’” A little later in the episode, Fanta articulates colonial amnesia with France’s refusal to acknowledge “race” which, consequently leads to the impossibility for Blacks to talk about their experiences of racism.

Fanta’s narrative echoes El-Tayeb’s detailed analysis of the ways the internalist story powerfully works to externalize histories, bodies and the vocabularies attached to black subjects and, more generally, to Europeans of color. By disconnecting the presence of immigrants from the history of colonialism and slavery, El-Tayeb suggests, the internalist story constructs the latter as always “just arrived” and as “representative of a past without connection or influence on the host society’s history” (4). By externalizing unfolding histories of race, the internalist narrative constructs Europe as “raceless.” It identifies race “exclusively with Europe’s outside and nonwhite populations, consequently it, and with it the history of colonialism, is externalized and deemed marginal to European identity” (6). In short, Europe’s internalist story relegates black subjects to spatio-temporal difference, to other (and threatening) spaces and times that must be contained and controlled.

Interventions such as El-Tayeb’s and Emeke’s not only expose the externalizing power of Europe’s hegemonic self-definition. They also disrupt it. They put in motion a politics of hyphenation between Blackness and Europeanness. In the Strolling episode, Fanta directly interpellates those who reproduce the trope of the migrant invader: “Why would they come here? – “Our parents would come here because you fucked up our countries, you exploited our resources, and now our parents, who speak French, they come here to get jobs, education, to try to live.” She further links the geographical space of hexagonal.2 France with other spaces of the world that were shaped by colonialism: “Whether French people, white people, like it or not, the things that happened really far away, it really shaped French identity.”

Fanta’s reflections illustrate an alternative narrative which emphasizes temporal entanglement between the colonial past and the present on the one hand and spatial interconnections between today’s territories of Europe and the other parts of the world – both shaped by colonialism – on the other. This narrative produces spatio-temporalities that unsettle Europe’s racialized bodily and geographical borders, thus forging a place for black subjectivities, bodies and voices. Emeke’s aesthetic apparatus further materializes such a hyphenation. Each episode ends with a repetition of her character’s main statements while staging them in motion on the streets or posing for the camera. In this way, the web series anchors and normalizes the presence of black bodies who freely and beautifully stroll in the urban landscapes of Europe and counter the externalization of black voices by putting sonic emphasis on their importance for narrating contemporary Europe.

Since 2000, there has been a proliferation of publications, events and activities that have facilitated the gatherings and the formulation of shared concepts and concerns for scholars, artists and activists working on blackness in Europe. On the more academic side, one can evoke the biannual Afroeuropean studies conferences, the Black Europe H-Net mailing list or the Black Europe summer school. Although Black Studies programs remain quasi non-existent in European universities, such events and activities have contributed to the formation and increased visibility of a proper field that one could label Black-European or Afro-European studies.3 In the context of a field which is challengingly dispersed across locations, languages and disciplines, the hyphen between Blackness and Europeanness – understood both as what breaks and what connects – could be identified as one of the converging concerns of the “problem-space” of studies of Black Europe. However, if we take the critique of the internalist narrative seriously, then hyphenating Europe and Blackness implies that we always cautiously entangle “European” space-time with the diasporic, complex, and continuously renewed histories and territories of race and racism.

Noémi Michel is Senior Lecturer in Political Theory at the Department of Political Science of the University of Geneva. She is currently a Visiting Researcher in the Department of African American Studies at Northwestern University. Her research and teaching interests include black feminism, anti-racism, postcolonial and critical race theory.

Comments on “The Relationship between Blackness and Europeanness”