loading...
By Ibram X. Kendi March 4, 2017 Comments Off on Resurrecting Slavery: A New Book on Racial Legacies in France 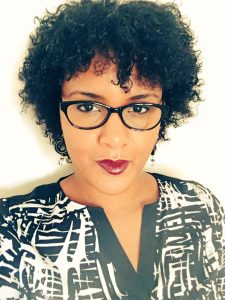 The author of Resurrecting Slavery is Crystal Marie Fleming. Professor Fleming is a writer, educator, and Assistant Professor of Sociology and Africana Studies at Stony Brook University. She completed her Ph.D. in Sociology at Harvard University and earned degrees in Sociology and French at Wellesley College. In 2012, her award-winning dissertation, “Imagining French Atlantic Slavery,” was recognized by the American Political Science Association as the best doctoral thesis on contemporary French politics.

Fleming’s research explores how people interpret and respond to racial oppression in a variety of national contexts. She is also broadly interested in mindfulness, contemplative practices, and strategies of resistance. Her work on racism in the United States and France has been supported by the Woodrow Wilson Foundation and the Ford Foundation and appears in journals such as The Sociology of Race and Ethnicity, Ethnic and Racial Studies, Poetics, and the Du Bois Review: Social Science Research on Race. Follow Professor Fleming on Twitter at @alwaystheself. 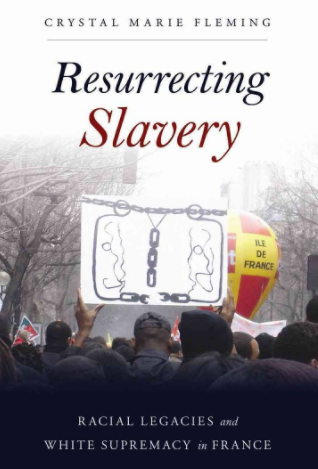 How can politicians and ordinary citizens face the racial past in a country that frames itself as colorblind? In her timely and provocative book, Resurrecting Slavery, Crystal Fleming shows how people make sense of slavery in a nation where talking about race, colonialism, and slavery remains taboo. Noting how struggles over the meaning of racial history are informed by contemporary politics of race, she asks: What kinds of group identities are at stake today for activists and French people with ties to overseas territories where slavery took place?

Fleming investigates the connections and disconnections that are made between racism, slavery, and colonialism in France. She provides historical context and examines how politicians and commemorative activists interpret the racial past and present. Resurrecting Slavery also includes in-depth interviews with French Caribbean migrants outside the commemorative movement to address the everyday racial politics of remembrance.

Bringing a critical race perspective to the study of French racism, Fleming’s groundbreaking study provides a more nuanced understanding of race in France along with new ways of thinking about the global dimensions of slavery, anti-blackness, and white supremacy.

The French believe racism is something that affects other societies. Fleming’s Resurrecting Slavery has forever exploded this myth! Based on over a hundred in-depth interviews, archival work, and ethnographic observations, this book demonstrates convincingly that France is indeed shaped by white supremacy. A major contribution to our scholarly work on racial formations, Resurrecting Slavery is a book I intend to assign to my classes for years to come.” —Eduardo Bonilla-Silva, author of Racism without Racists: Color-Blind Racism and the Persistence of Racial Inequality in America

Crystal Marie Fleming: I hope Resurrecting Slavery significantly shifts research on French racism in two ways. First, I’d like to see scholars of contemporary French society and politics center slavery and colonialism in their analyses. Recent publications on Black France have opened up critical space for interrogating the colonial roots of contemporary racism in France, but there is still a long way to go. Groundbreaking work, including Anna Julia Cooper‘s 1925 dissertation on the centrality of slavery and the Haitian Revolution to French politics and Frantz Fanon‘s theorization of French racism and colonialism, remain sidelined and ignored by many French academics. I’d like to see Resurrecting Slavery reframe how France is viewed on both sides of the Atlantic, especially among observers who fail to acknowledge the continuing legacies of racialized slavery for French society today.

Secondly—and perhaps even more ambitiously—I hope to change the discourse on “race in France” by showing the value of critical race theory for challenging colorblind ideology and racial denial in France and other European countries. Even recent work that interrogates blackness and racialization in France typically fails to engage with critical race theory. This has been a missed opportunity, given the fact that CRT is uniquely equipped to unveil the role of colorblind discourse and jurisprudence in maintaining racial oppression. With Donald Trump’s victory and the far-right French presidential candidate Marine Le Pen rising in recent polls, this is a crucial moment in our understanding of white supremacy as a global system of oppression. I hope that students and scholars will find my conceptualization of white domination in the French context generative and useful for confronting and critiquing racism.