Black and mulata women have participated in constructing Cubanidad (Cuban nationalism) since the beginning of the Cuban republic in 1902. However, the largely male-dominated national narrative that has made Fidel Castro’s and Che Guevara’s “New Man” famous since 1959 frequently overshadows their interventions. Even today, when commentators talk about normalizing U.S. relations with Cuba or going to visit the island for the first time, they are imagining visiting the Cuba of José Martí, Castro, and Ernest Hemingway.

Despite this public silence, Afro-Cubanas (Afro-Cuban women) have consistently challenged narratives of national exclusion and today they are leading the way in antiracist and antisexist movements in Cuba. For my second semester at Davidson College, I decided to teach a new course about this unknown facet of Cuban history. Titled “Afro-Cubana Feminisms,” this class is cross-listed with Africana, Latin American, and Gender and Sexuality Studies. Because my course is designated as a major thinkers course, instead of being a survey of a black and mulata women in Cuba, it focuses on four women. But what are Afro-Cubana feminisms? And how do you study them in a class where all of the texts have to be in English?

Here is the course description:

This course will analyze Afro-Cubana feminisms through a close reading of the work of four key black and mulata intellectuals and activists—Sara Gómez, Nancy Morejón, Daisy Rubiera, and Inés María Martiatu Terry. In doing so, it seeks to trace the legacy of the many black and mulata women who participated in revolutionary Cuba from the 1960s to the present. In particular, the course will examine how Afro-Cubanas have challenged negative stereotypes about black women, worked both inside and outside of Cuba’s state-sponsored women’s movement, and fought to create space for racial and sexual rights.

This course is a reflection of social movements happening today in Havana. In the mid-2000s, a group of black and mulata women began meeting in each other’s homes to strategize about how to tackle new economic difficulties and racial discrimination that emerged during Cuba’s economic crisis of the 1990s. Following the collapse of Cuba’s chief trading partner, the Soviet Union, in 1989, the island’s financial transactions came to a near stand-still as the United States tightened its trade embargo instead of offering aid. Black and mulato Cubans suffered these hardships even more than their white counterparts because of their limited ability to access foreign currency—they did not receive remittances from family members in the United States, nor did they have the fair or white skin, the so-called “buena presencia” (good presence/appearance), needed to qualify for tourist jobs in Cuba’s new economy.

As a result, public discourse about discrimination in Cuba reemerged, and residents, public intellectuals, and scholars began to debate what numerous people have since referred to as the “return of racism.” One of the most notable spaces for this activism has been in Afro-Cubana organizations as black and mulata women mobilize to combat the negative stereotypes about Afro-Cubans that frequently impede black social opportunities in Cuba’s new economy.

Since 2006, I have attended meetings of the Afro-Cubanas group whenever I visited Havana for research. The group is composed of a variety of black and mulata women of different ages, professions, and sexualities who share a common desire to better their communities and promote a positive image of black Cuban women. Initially founded by Daisy Rubiera Castillo and Inés María Martiatu Terry to support black and mulata women struggling to get by in the face of Cuba’s floundering economy, the group has evolved into a diverse activist movement. Its stated objectives are to “recognize the contribution and the work of black Cuban women” and to “stimulate the existence of a counterdiscourse to dismantle the negative, racist, and sexist stereotypes [that exist in Cuba] about black women.” 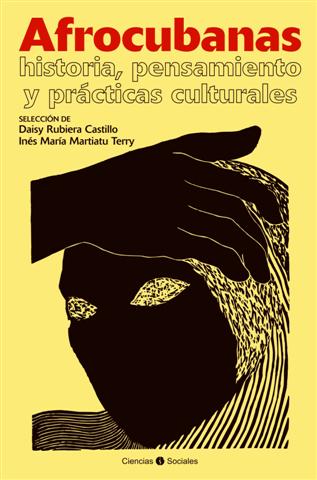 Members of the Afrocubana project have focused on re-writing history as a way of drawing attention to black women and combating contemporary discrimination. Their first collaborative project, the 2011 edited collection Afrocubanas: Historia, pensamiento y prácticas culturales (Afro-Cuban Women: History, Thought, and Cultural Practice), included essays about black and mulata women fighting against slavery and for Cuban independence in the nineteenth century.

Their second book was just published in January 2017: Emergiendo del silencio: Mujeres negras en la historia de Cuba (Emerging from the Silence: Black Women in the History of Cuba). The new book specifically aims “to fill gaps in the historiography.” Noting that it “provides another important step in the reconstruction of the historical memory of African descended Cuban women,” the authors claim that this recovery project is important not only to “recognize women from the past and present,” but also because “this type of research has to be included in the agenda of whatever contemporary debate [we have today] about racial issues.” 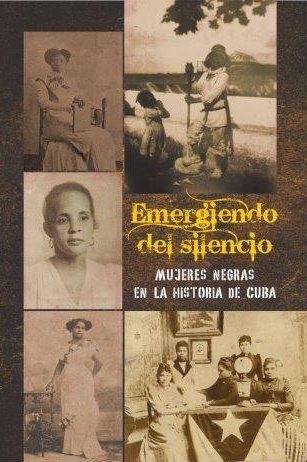 The role of constructing new sources for Cuban history in contemporary Afro-Cubana feminisms cannot be overlooked. Black blogger Sandra Álvarez, who is also a member of the Afro-Cubanas group, frequently profiles the lives and work of black women from the past in her blog—including articles about Cuban filmmaker Sara Gómez and U.S. feminist Audre Lorde. Currently, she is building a website that includes informational entries about black and mulata Cuban women from the past and present. The Directorio de Afracubanas (Afrocubana Directory) is a digital archive with essays, photographs, and links to the work of prominent Cuban women of African descent, both on and off the island. Álvarez used a GoFundMe page to raise money for the site, and while she runs it from her new home in Germany, where she has lived since 2013, she presented the Directorio at a conference in Havana in June 2016 and distributed CDs with its information to Cubans who might not have access to the internet.

The new Afro-Cubana movement is more intersected than ever before. Norma Guillard examines this intersectionality in “To Be a Black Woman, a Lesbian, and an Afro-Feminist in Cuba Today.” Guillard agrees that it is important to fight against negative stereotypes. She notes that, “in the popular consciousness, to be a Black Woman is synonymous with dirt, of amorality… We are considered sexual objects, great prostitutes, and good in bed.” But, she also recognizes the additional challenges black lesbians face as a result of being disowned by their families and being targeted by black heterosexual women. Drawing parallels with other feminist thinkers in Latin America, like Sueli Carneiro and Ochy Curiel, Guillard’s theorization of Afro-Cubana feminisms sees them also as a transnational phenomenon for black women’s rights. 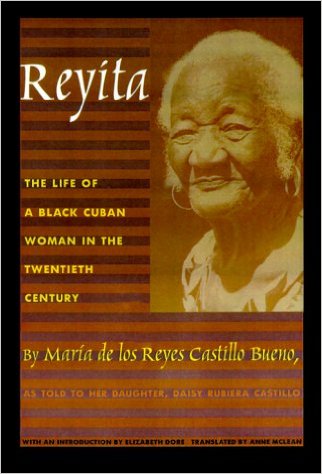 With all of these developments in the Afro-Cubana movement in Cuba, it is the ideal time to look back on the lives and work of some of the earliest iterations of Afro-Cubana feminisms. Rather than claiming a strict definition, my course is only one step towards a better understanding of how black and mulata women lived during the revolution and what goals they expressed for themselves.

More research is needed on the precedents of these contemporary Afro-Cubana movements. As theater critic Inés María Martiatu Terry explained in the introduction to the first book published by the Afro-Cubana working group in 2011, Afrocubanas: Historia, pensamiento, y practicas culturales, one of the goals of their Havana-based project is to “feminize negritude and to blacken feminism.” It is long past time for Afro-Cubanas to get the recognition they deserve in histories of antiracism and antisexism.

Comments on “On Teaching Afro-Cubana Feminisms”