loading...
By Julie Hawks December 16, 2017 Comments Off on The Legend of the Black Mecca: A New Book on Politics and Class in Atlanta

This post is part of our blog series that announces the publication of selected new books in African American History and African Diaspora Studies. The Legend of the Black Mecca: Politics and Class in the Making of Modern Atlanta was recently published by The University of North Carolina Press. 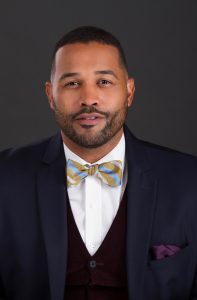 The author of The Legend of the Black Mecca is Maurice Hobson, an Assistant Professor of African American Studies and Historian at Georgia State University. Professor Hobson earned a Ph.D. in History, focusing in African American History and 20th Century U.S. History from the University of Illinois at Urbana-Champaign.  His research interests are grounded in the fields of African American history, 20th Century U.S. history, African American studies, oral history and ethnography, urban and rural history, political economy, and popular cultural studies. Professor Hobson started his teaching career at historic Tuskegee University, and has served as an instructor at the University of Illinois and as an Assistant Professor of African American Studies and History at University of Mississippi. He also served as an administrator in the Office of the Provost at Tuskegee University and as the Inaugural Director of the W.E. B. Du Bois Center at the University of Massachusetts Amherst in Amherst, MA. He has won numerous awards for scholarship, including the Omega Psi Phi Fraternity Inc. George E. Mears Memorial Scholarship, the UNCF/Andrew Mellon Faculty Fellowship and the University of Illinois Dewson Fellowship. Professor Hobson engages the social sciences and has created a new paradigm called the Black New South that explores the experiences of Black folk in the American South, with national and international implications, since WWII.  For this, he has served as an expert witness in court cases and as a voice of insight for documentaries, films, movies, public historical markers, monuments and museum exhibitions. Follow him on Twitter @DrMoHob. 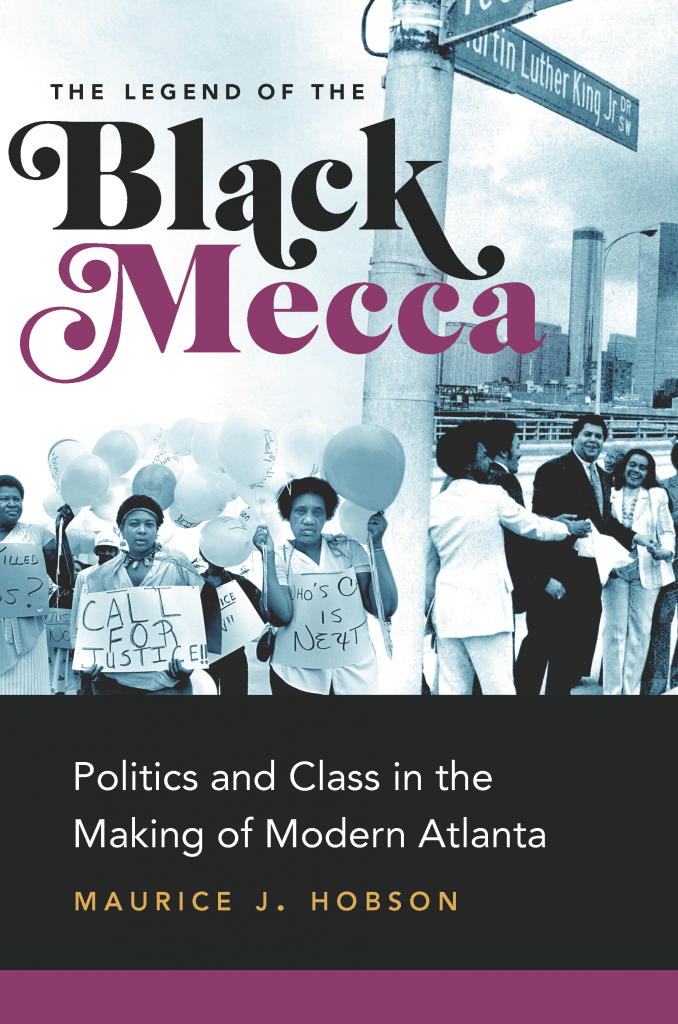 For more than a century, the city of Atlanta has been associated with black achievement in education, business, politics, media, and music, earning it the nickname “the Black Mecca.” Atlanta’s long tradition of Black education dates back to Reconstruction, and produced an elite that flourished in spite of Jim Crow, rose to leadership during the civil rights movement, and then took power in the 1970s by building a coalition between white progressives, business interests, and Black Atlantans. But as Maurice J. Hobson demonstrates, Atlanta’s political leadership–from the election of Maynard Jackson, Atlanta’s first black mayor, through the city’s hosting of the 1996 Olympic Games–has consistently mishandled the black poor. Drawn from vivid primary sources and unnerving oral histories of working-class city-dwellers and hip-hop artists from Atlanta’s underbelly, Hobson argues that Atlanta’s political leadership has governed by bargaining with white business interests to the detriment of ordinary black Atlantans.

In telling this history through the prism of the black New South and Atlanta politics, policy, and pop culture, Hobson portrays a striking schism between the black political elite and poor city-dwellers, complicating the long-held view of Atlanta as a Mecca for Black people.

In this extensive study of the evolution of Black Atlanta, Hobson uncovers and closely examines the Black Mecca trope and offers a much more nuanced and interesting narrative of Atlanta’s history than the ones we are so accustomed to hearing.”—Derrick P. Alridge, University of Virginia

Julie Hawks: Tell us a little bit about how you produced this book. What were your source material, intellectual approaches, and writing style?

Maurice Hobson: The seeds of this work were born in 1994 when I was a 17-year-old in Selma, Alabama. Here, Atlanta-based rap group OutKast debuted their first album titled Southernplayalisticcadillackmuzik. My friend, Rodrick Barge, and I rode throughout Selma listening to OutKast on a boom box because his ’77 Cutlass Supreme had an eight-track player that could not play our cassette tapes. The following year when I was a college freshman, Goodie Mob debuted their album Soul Food. By and large, this current research started there.

The following summer, I worked for Atlanta’s Olympic Games (1996) where I witnessed Ali lighting the torch and Michael Johnson with his gold shoes break world records. Atlanta became something different as the Olympic Games presented something “new” about the American South: commercial branding for Atlanta’s Black masses. Upon listening to OutKast and Goodie Mob, I understood that these artists were detailing the “olympification” of Atlanta. Officials franchised the city for world consumption as they criminalized, demonized, and disenfranchised Atlanta’s Black indigenous.

The Legend of the Black Mecca interrogates the trends and tensions surrounding Atlanta’s transition from regional to world-class status and its impact on the city’s Black working and poor classes. Archival research, interviews, analysis of popular culture sources, and qualitative textual analysis supported by quantitative methods, such as mapping and demography, were used in this book.  Yet, the main attraction of this work champions under-explored aspects, such as the city’s informal economies, oral histories with mothers of the Atlanta Child Murders, and Dirty South hip-hop artists—which gives sobering accounts of the Black Mecca imagery.

I am fascinated by stories about the quest for power and moral dilemmas of maintaining that power. I wrote this book for the masses. If Black people are to achieve political power or be free, they can never rest. W.E.B. Du Bois’s comprehensive approach to studying the experiences of Black people in Atlanta strongly influenced this work. I tried to reframe Du Bois and Atlanta in the 21st century by privileging histories on the ground and demonstrating how Atlanta’s Black masses remained in dire straits as the city was mired in a series of controversial practices as the city’s large poor and homeless Black populations were stricken by laws and policies designed to purge the city of “undesirables” that ran counter to the image being seared into the world’s collective consciousness.