Hearing the N-word uttered in popular media is rather familiar in the United States. A version of the word is embedded in hip hop parlance and appears in an increasingly influential collection of movies about American slavery. Former U.S. President Barack Obama ignited a storm of controversy when he used the word even in its appropriate context. During an interview in the summer of 2015, he urged Americans to realize that curing the nation from pathologies of racism was “not just a matter of it not being polite to say nigger in public.” Naturally, major cable news networks and journalists morphed Obama’s perceptive assessment into national news.

Though the N-word deserves an arena for intellectual scrutiny, the public is often treated to a cascade of redundant opinion pieces, often hinging on who has the “right” to say the word. It’s no surprise that much of the debate is politically charged and racially specific. This trend is unlikely to stop anytime soon. From the Buzzfeed controversy concerning Black America’s intraracial use of the term, to Black American comedian Larry Wilmore calling President Obama his “nigga” at the 2016 White House correspondents’ dinner, the N-word remains a singular term that initiates anger, debate, and controversy among a politically and culturally polarized American public.

Talk show host and comedian Bill Maher recently used the word in a joking fashion during his June 2, 2017 interview with Nebraska Senator Ben Sasse. Promoting his new book, Sasse encouraged Maher, a city-dwelling coastal California liberal, to come “work in the fields” in Nebraska. Maher responded, laughingly, that he was a “house nigga,” suggesting he was ill suited to do field work. It was a poorly judged comment on the historical divisions between house slaves and field slaves during American slavery. Twitter erupted and, as the new court of public opinion, registered an overall condemnation of Maher for saying the word, of his audience for laughing at the joke, and of Sasse for remaining silent in the moment.

Interestingly, the controversy did not generally revolve around Maher jokingly comparing himself to a slave; it was his use of the term “nigga” (though some publications wrote he used “nigger“) that trended across Twitter. His staunchest political opponents, on both the left and the right, seemed to cheer his possible downfall. This point is particularly illuminating. Maher’s entire career has pushed the limits of political correctness, often raising the ire of a diverse collection of communities, including Muslims, feminists, and Second Amendment activists. He survived each attack, but some believe his glib use of the N-word might usher his demise, signaling that he has now pushed beyond permissive limits. Maher did issue an apology, which one journalist noted was a rare maneuver by the controversial comedian. Only time will tell if this event will impact his popularity in the long-term, but this situation does unveil the unique power manifested by this single word.

Maher’s racially charged remark surprised many, but only because he, as a white American comedian, unleashed it so smoothly on a public platform. Many Black people suspect that white people use it privately, fearing public usage might draw an avalanche of criticisms that could ruin one’s career. One could imagine that white celebrities and political figures who dare to use the word in such a flippant manner know they play a dangerous game. Just ask Paula Deen. Once hailed the culinary “Queen of the South,” Deen’s entire brand was eclipsed by revelations concerning her past usage of the N-word. She released a video publicly apologizing for using offensive language and claimed she hoped to “learn and grow” from the experience. Yet, no amount of public damage control could salvage her empire as it shattered nearly overnight. This is just one of numerous examples highlighting white people using the N-word. In this case, the word was used privately.

This is not to say that opinion pieces are useless. They can be very useful. People should be angry when they hear flippant references to the word and they should express their feelings, but the discussion should not stop with condemnation. Elaborating upon one’s position can be especially beneficial when done thoughtfully. For instance, Brando Starkey wrote a reflexive essay discussing his encounter with slave narratives, where he found many former slaves using the N-word in a self-denigrating fashion, which he equated to an “internalized oppression” that is perpetuated in modern usage.

One does not have to agree with Starkey to find value in his essay. I’ve hinted elsewhere that reclaiming the N-word is intellectually defensible and examining its national history and transnational connotations can be a productive intellectual activity. My writings were designed to provide historical context to the re-appropriation debate and show that Black people have been rearticulating the word in a nuanced fashion for multiple generations. But Starkey’s historically-grounded treatise is especially useful for expanding my own thoughts about the word’s history and how I approach it in my research and teaching. 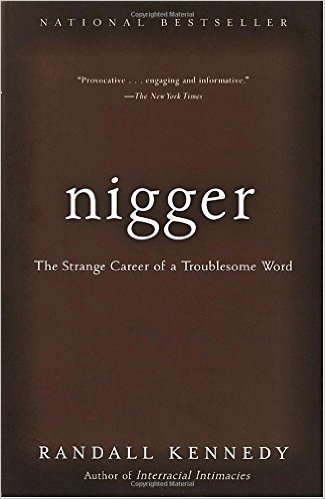 To be sure, some intellectuals are providing helpful context in the N-word controversies, even when they do not entirely agree with one another. The works of John McWhorter, Ta-Nehisi Coates, Jabari Asim, Elizabeth Stordeur Pryor, and Randall Kennedy all provide unique paradigms for examining the word’s unique appropriations in both white and Black speech. Linguists like Geneva Smitherman argue that Black Americans hold an especially unique history of nomenclature, either selecting or rejecting terms based upon power dynamics and generational preferences. Collective self-identifications were never universally accepted; however, some Black Americans preferred the label “colored” (most popular in the late nineteenth century) while “Negro” gained rising popularity in the early twentieth century. Negro was eventually supplanted by “Black” in the mid-1970s, but by the 1980s the term “African American” was introduced as a way to provide an ethnic identifier for the descendants of American slaves. One could argue the evolution of the N-word in African American Vernacular speech is a product of the creative redefinition of terms unique to Black American history.

Reviewing this literature, one is struck with a few questions. Is the so-called “hip-hop generation” really unique in claiming to have reinvented the term, or are there preceding moments in African American history in which Black people had already “reclaimed” the word? Is using the N-word simply an American issue in the age of globalized media? Are non-Black people of color exempted from the ban? How should the word be discussed in an educational setting?

My students in Orange County are forced to deal with such questions in the classroom. Every semester I organize a group assignment that engages the N-word through a variety of perspectives. Students are asked to analyze the N-word from various intellectual vantage points, including issues surrounding censorship, “word-policing,” transnational connotations, reclamation, and under what context, if any, the word can/should be used. The group structure forces students to engage with one another on a smaller scale, which helps broaden their perspectives and overturn assumptions they harbored prior to the project. Many students admit they had never thought about these questions before and rarely looked beyond slavery and hip-hop for additional frames of reference. Some change their minds and discontinue using the word after the project. Others don’t. Both outcomes are acceptable.

The point of the assignment is not to indoctrinate students, or to assume there is only one correct answer. It serves to help them think critically about the word after accumulating scholarly information about its historical development. Viewing the N-word as a subject for intellectual inquiry might prevent future gaffes, or at the very least provide ways in which audiences can scrutinize them through informed opinions.

Surely Maher’s latest use of the word will not be the last time it is heard on television, but it can, and should, be a moment that encourages reflection on the word’s past, present, and future in American language and how this continued usage might impact the word’s national and global expansion. Scholars and intellectuals have an opportunity for public engagement through online resources and social media. The word is not going anywhere, and we can no longer assume the current status quo is sufficient for addressing these perpetual controversies.

Comments on “The Enduring Controversies of the N-Word”