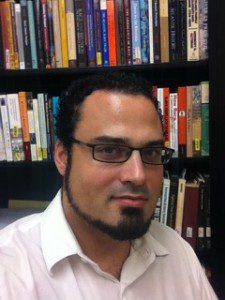 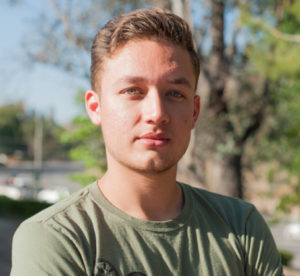 Whether it’s a professor using the term in class, a rapper flagrantly deploying it, or college students posting it on social media, the colloquial “N-word” sparks controversy in our 24-hour news cycle, regardless of the user’s race, class, or nationality. In only the first half of 2016 African Americans have again publicly grappled with the term. A Buzzfeed video, “27 Questions Black People Have For Black People,” posted on April 11, 2016, sparked controversy by asking why black people called one another “nigga” without consequence while simultaneously condemning its use by other racial groups. Only a few weeks later, on April 30, 2016, Larry Wilmore, host of “The Nightly Show” on Comedy Central, ended his speech at the White House correspondent’s dinner with a salutation to the outgoing President, exclaiming: “Mr. President, I’m gonna keep it 100. Yo, Barry, you did it my nigga.”

Both examples provide a different perspective on intraracial usage and received variegated levels of attention. Critics argued the Buzzfeed video was a redundant, problematic generalization, contending that black Americans have already explained the N-word’s linguistic evolution. Revisiting this debate is simply a method to blame the black community for supporting a racially-charged term. Similarly, Wilmore’s statement elicited a mixture of condemnation and support from various commentators. Conservatives and liberals, both black and white, found the joke distasteful, but others quickly denounced the criticisms. They argued Wilmore employed the term in a reimagined form largely accepted by African Americans. In an official statement, the White House claimed President Obama was not offended by Wilmore’s expression.

For those who consume popular culture and media, debates over the appropriate use of the N-word are endless. Though significant nuances permeate scholarly discussions, the parameters of the debate are typically structured through three approaches. First, the word is so abhorrent no one should say it. Second, African Americans have reclaimed the term and it is acceptable when used intraracially. And third, the N-word’s prominence in hip-hop has opened the possibility that all people, regardless of race, can use it. While the term pervades hip-hop lyrics and, increasingly, black popular culture, many question whether its increasingly intraracial usage is a healthy cultural development. Critics assert its deeply racist roots negate modern attempts to reimagine or re-appropriate the word.

Many know of the term’s birth in slavery and its history of racial oppression. “Nigger” carries an ugly history, and its vitriolic usage pontificated and normalized America’s worst racist sentiments. It often functions as the basest insult used by an offended party. No other appellation holds the same social, political, or cultural weight. After “20 negars” were delivered to Jamestown in 1619, the various words used for “black,” be they Dutch, Portuguese, Spanish, or French, were remolded by Anglophone populations and collapsed to form “nigger.” Though unique to the Anglophonic regions, the N-word’s development was very much a transatlantic phenomenon, nurtured by the expansion of slavery and anti-black oppression throughout the Americas. Many cringe at its auditory deployment, especially when pronounced with a hard ‘r’. Yet, “nigger’s” counterpart “nigga” is so thoroughly sprinkled in modern hip-hop that many black youth, and increasingly young people of all races, comprehend it as a term of endearment, arguing its popular use has transcended any racial connotations.

But, what really differentiates “nigger” from “nigga”? Why do these terms draw such polarized reactions from all races and ethnicities? Should they be used at all?

There are plenty of sources that interrogate these questions. Jabari Asim’s The N Word and Randall Kennedy’s Nigger have deeply investigated the subject, scholarly articles have examined its multifaceted meanings in American culture, and journalists have dedicated endless paragraphs debating and contextualizing the N-word’s persistence in American speech. Still, no universal solution has been accepted. Why?

The problem may lie in the one-dimensional arguments debating “who” has “permission” to use the word. For instance, CNN anchor Don Lemon held a panel discussion surrounding racial epithets following the controversies over racial terminology in the Trayvon Martin trial and celebrity chef Paula Deen’s documented use of the N-word. Two panelists, African American Studies Professor Marc Lamont Hill and Psychotherapist Wendy Walsh, specifically contested each other’s arguments. Walsh cited her difficulty in navigating how to use the term appropriately, noting she is a white mother of biracial children. She articulated her children’s confusion by citing a racial binary: if their father was able to use the term, but their mother was not, they wondered where that left them. Walsh suggested she did not have a “clear answer.” Hill, employing a touch of sarcasm, countered “I always found it remarkable that white people find the N-word usage such a complicated puzzle, it’s not that complicated, just, don’t, use it.” Seeking to mediate the divide, Lemon remembered witnessing two white youths using “nigga” to reference one another, suggesting to Hill that racially specific usage might no longer apply to younger Americans.

The panel was not entirely fruitless. Buck Davis, a diversity and inclusion expert and a white man living in the South, analyzed the term’s racist past and argued that epithets like “cracker” and “honky” did not have the same oppressive history as the “N-word.” They also noted the dangers of the postracial era, in which public discussions of the N-word are censored under the assumption that issues of race were not applicable to the twenty-first century. Though the panelists did share a few productive moments during the segment’s duration, the debate was redundant and no real solution was offered. The main problem lies in the fact that none of this information was new, and this lack of novelty reveals the limitations of such dialogues. The opposing parties held presumptions about terminological equity in “postracial America” and were consequently left unsatisfied with the answers provided. Subsequent panels have tackled the same issue, though they similarly devolved into disagreements over who has the “right” to say it. White commentators who dislike the term typically condemn black people who use it while simultaneously excluding other Americans from doing the same. Their ultimate solution is a complete moratorium on the word, a sentiment also shared by many black Americans.

Hereby, we might question the arguments of those who claim that all usage of the word should cease because of its history of racial oppression. But one must also consider its history of intraracial usage that goes far beyond most Americans’ knowledge. Creatively reimagining the “N-word” is, in fact, deeply rooted in African American culture. Elizabeth Stordeur Pryor argues in her 2016 article “The Etymology of Nigger” that by the eighteenth century “nigger was a multifaceted and complex part of black English that some people of color…used to refer to themselves and other African Americans” (211). Such nuance is missing from most public debates, and hopefully scholars continue to build on Pryor’s stunning revelation of black speech in the early American Republic.

The problematic divide could lie in one mistake of modern popular culture: the belief among younger generations that their cultural innovations are entirely unique to themselves. Millennials are the main culprit in this current debate. Whilst many have some understanding of the word’s vitriolic history, they profess that hip-hop championed the word’s transformation from “nigger” to “nigga.” Yes, it is true. Hip-hop has been instrumental in structuring the public’s comprehension of the word’s intraracial connotations, but African Americans have been using the term intraracially nearly since its conception, in both negative and positive manners.

Seventy years after freedom, documents reveal that many African Americans still used the N-word to describe black people. In the 1930s, Susan “Aunt Sue” Snow indiscriminately referred to black people as “niggers” when the Works Progress Administration (WPA) interviewed her about life in the rural South.

Snow’s universal conception of the term was typical among many of her contemporary rural black southerners. After all, it sprung from the mouths of white Americans for two centuries of slavery and throughout the Jim Crow period. To expect the word to die in a single generation is sorely unrealistic when placed in historical context. But a few ex-slaves viewed the word in a more nuanced fashion. In Mississippi, Ann May told her WPA interviewer she resented anyone who called her a “nigger,” asserting she was “raised with white folks and got no nigger ways.” May’s associations with “whiteness,” which she connected to appropriate behavior, convinced her that certain black people could escape the appellation. Such traditions permeated the black community into the mid-twentieth century. Jabari Asim notes that Malcolm X dismissed his black adversaries as “niggers,” employing the term in similar fashion as white people who knew that word elicited the strongest condemnation toward black people.

Conversely, the word was also reimagined as a term of endearment among some black Americans in the mid-twentieth century. The extent of this shift is impossible to quantify, but we know that Martin Luther King, Jr. used it to express camaraderie long before hip-hop’s national, and international, prominence. King was known to refer to Andrew Young, one of his younger associates, as “Lil’ Nigger,” an appellation both men considered an affective expression.

The historical implications of the N-word drastically vary depending on context and audience. Hoping to build on the assertions of previous scholars, the second part of this piece examines the global dissemination of the N-word and its current manifestation in Britain.

Comments on “The “N-word”: Finding Clarity in a Redundant Debate”