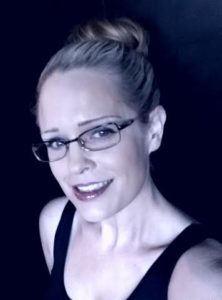 This is a guest post by Keri Leigh Merritt, a historian of the 19th c. American South. She received her Ph.D. from the University of Georgia in 2014 and works as an independent scholar in Atlanta. Her first book, Masterless Men: Poor Whites and Slavery in the Antebellum South, will be published in 2017 by Cambridge University Press. Keri Leigh is also co-editing a collection of essays on southern labor history and has begun work on her second monograph, 1865: The Year of the First Black Power Movement. She regularly presents work at academic conferences, and has several speaking engagements planned for the upcoming year. Follow Keri Leigh on Twitter: @kerileighmerrit

Following emancipation, the number of people arrested in the Deep South rose significantly as the substance and enforcement of certain laws changed considerably. In stark contrast to the antebellum period, the vast majority of those now arrested were black. To keep up with the rapid pace of arrests, cities and towns that did not have police forces before the Civil War quickly established professional, uniformed forces during early Reconstruction. Atlanta, Augusta, Nashville, Memphis, and Richmond all created formal police departments. The undeniable proportion of race-based arrests caused concern, even during the initial years of freedom. In one petition to the Georgia’s Freedmen’s Bureau, the blatant racism of a particular judge was called into question after he punished several African Americans for speaking “disrespectfully” to whites. Indeed, the petitioners lamented, “the condition of the freed people is worse than slavery.”1

By the mid-1870s, southern counties recorded alarming levels of racial discrepancy in convictions. Local officials became so heavily invested in policing the freedmen that by January 1875, the Greensboro Herald warned of a “heavy increase” in state convicts that fall, since local jails across the region were already filled to capacity. Emancipation, did, of course, provide the theoretical framework of black freedom, and laid the groundwork for a path towards citizenship. But the Thirteenth Amendment also provided the former slaveholders with a “slavery” loophole: involuntary servitude was completely legal in conjunction with criminal convictions. African Americans’ path towards citizenship would be long and hard, with many obstacles along the way. Despite idealistic promises from the federal government, overturning an entrenched system of racial slavery was a momentous task. Unless local governments were purged of Confederate sympathizers, true emancipation for southern blacks was nearly impossible. Historian Steven Hahn rightly concluded that “Vagrancy ordinances, apprenticeship laws, antienticement statutes, stiff licensing fees, heavy taxes, the eradication of common-use rights on unenclosed land, and the multiplication of designated ‘crimes’ against property constructed a distinct status of black subservience and a legal apparatus that denied freedpeople access to economic independence.”2

In 1868, Allen Thomas was the first person sent to Georgia’s penitentiary for vagrancy following the Civil War. A forty-five year old from Dooly County, Thomas differed from the state’s antebellum vagrants in two extremely important ways. First, Thomas was African American. Second, instead of the usual one to four year sentence handed down to poor white vagrants during the antebellum period, Thomas was sentenced to “natural life.” Unfortunately, little else is known about Thomas. He died in prison, less than a year after his conviction. Yet his arrest symbolizes the refocusing of the Deep South’s criminal justice system following emancipation. In Georgia, for example, postbellum vagrancy laws criminalized people “who have not some visible and known means of a fair, honest and reputable livelihood,” meaning freedmen who left the employ of their plantations. It also included people “without a fixed abode,” qualifying all newly freed, and usually homeless, blacks. The vagrant category extended to anyone involved in trading or buying stolen property, presumably property carried off of plantations by these uncompensated laborers. Finally, the statute deemed it lawful for “any person to arrest said vagrants,” effectively giving all whites legal authority over blacks. After arrest, vagrants could be fined, imprisoned, or sentenced to work on “public works or roads.” Alternatively, they could “be bound out to some person” for a year, for a bond not exceeding $300. This short-term master would agree to provide food, clothing, and medical attention, making the black vagrant’s virtual slavery complete.3

No longer masters, former slaveholders used institutionalized ways to reassert their power. They began aggressively enforcing laws enacted to strictly control the purchasing and distribution of liquor, to regulate individuals’ private sexual lives, and to dictate how and where people could spend their leisure time. After the initial few years following the war, the Deep South once again had a labor surplus. Local officials were not incarcerating people because they needed laborers. Instead, there was a distinct continuity before and after the war: southern criminal statutes’ intended purpose was the maintenance of elite social control over the masses. Just as poor whites had been singled out for prosecution for non-violent, behavioral crimes in the antebellum period, so too were blacks in the postbellum period. As one Union soldier stationed in Meridian, Mississippi wrote of the former slaveholders, “It is their hope, and intention, under the guise of vagrant laws, &c, to restore all of slavery but its name.”4

Since the vast majority of people arrested in the post-war Deep South were black, scholars have demonstrated that post-emancipation statutes were specifically intended to keep freedmen trapped in a type of bondage. The southern legislatures may not have been able to single out African Americans in letter, but law enforcement officials across the former Confederacy clearly understood the statutes’ intended targets. Complicating this plan of criminal prosecution, however, was the fact that most southern prisons and jails had fallen apart during the war. To deal with this lack of infrastructure, the old master class returned to convict leasing. In short, localities leased convicts to the highest bidder, who had then had the right to their labor. Although poor white debtors and convicts had been hired out for their labor to the highest bidder under slavery, the system become much more brutal when the convicts were African American. The racial disparity apparent in the disproportionate numbers of black convicts during early Reconstruction remained consistent throughout the remainder of the century. As late as 1908, Georgia’s African American prisoners outnumbered white convicts almost ten to one.5

In many instances, convict leasing was akin to a death sentence. Several journalists confirmed the brutal history of convict labor in the Deep South. One activist attempted to reveal the inhumanity and racism inherent in the system. During the late 1860s and early 1870s in Alabama, even official reports showed that one-third of all convicts died each year. Some of this rapid increase was due to the dangerous nature of railroad construction, but the rest could be contributed to the brutal, violent nature of punishing the workers – a form of labor control directly carried over from slavery. One prison bureaucrat bluntly remarked that “if tombstones were erected over the graves of all the convicts who fell either by the bullet of the overseer or his guards during the construction of one of the railroads, it would be one continuous graveyard from one end to the other.” Mississippi fared no better. The average yearly death rate for black convicts in that state was around 11 percent in the years from 1880 to 1885. White convict death rates hovered at half that level. By 1887, the annual rates of death for African American prisoners had risen to an astonishing 16 percent. Blacks had unquestionably taken over poor whites’ place as the intended targets of a particularly vicious legal system, a tradition that the rest of America eventually would adopt and perpetuate.6

Without ever being compensated for generations of work, and thus, having nothing upon which to build or generate wealth, the majority of freedmen had little real chance of breaking the cycles of poverty created by slavery. Many freedmen believed that this poverty – a direct consequence of slavery – was responsible for a degree of deterioration within the black community, especially concerning the carceral system. Years after gaining legal freedom, some of the formerly enslaved still grieved the fact that younger generations of African Americans seemed unable to extricate themselves from debt, poverty, and the criminal justice system. Charlie Davenport found little substantial difference between slavery and extreme poverty. African Americans, he maintained, were “all in debt and chained down to something same as we slaves were.” Therefore, he concluded, “there ain’t no such thing as freedom. We’re all tied down to something.” Dempsey Pitts of Mississippi concurred, pitifully lamenting that black parents were only able to “bring up their children for three things—The County Farm, the Penitentiary, and the Gallows.”7

Comments on ““One Continuous Graveyard”: Emancipation and the Birth of the Professional Police Force”