This post is part of a new blog series that announces the release of new films in African American History and African Diaspora Studies. Today, I am featuring Talking Black in America, which is currently screening at locations across the country.

Talking Black in America was executive produced by Walt Wolfram. Walt Wolfram (@waltwolfram) is the William C. Friday Distinguished University Professor at North Carolina State University, where he also directs the Language and Life Project. He has pioneered research on social and ethnic dialects of American English since the 1960s, including early research on African American speech in the urban North and later work on its regional distribution in the rural South. He has authored or co-authored more than 20 books and over 300 articles, including several books and more than 100 articles on African American English. He has served as a linguistic consultant to Children’s Television Workshop and the producers of Sesame Street, and has been the executive producer of more than 10 television documentaries on language differences in American society, including several Emmy-winning documentaries. He has also served as President of the Linguistic Society of America, the American Dialect Society, and the Southeastern Conference on Linguistics, and received numerous awards, including the North Carolina Award (the highest award given to a citizen of North Carolina), the Caldwell Humanities Laureate from the NC Humanities Council, and the Linguistics, Language and the Public Award from the Linguistic Society of America. Follow the Language and Life Project on Twitter @NCState_LL. 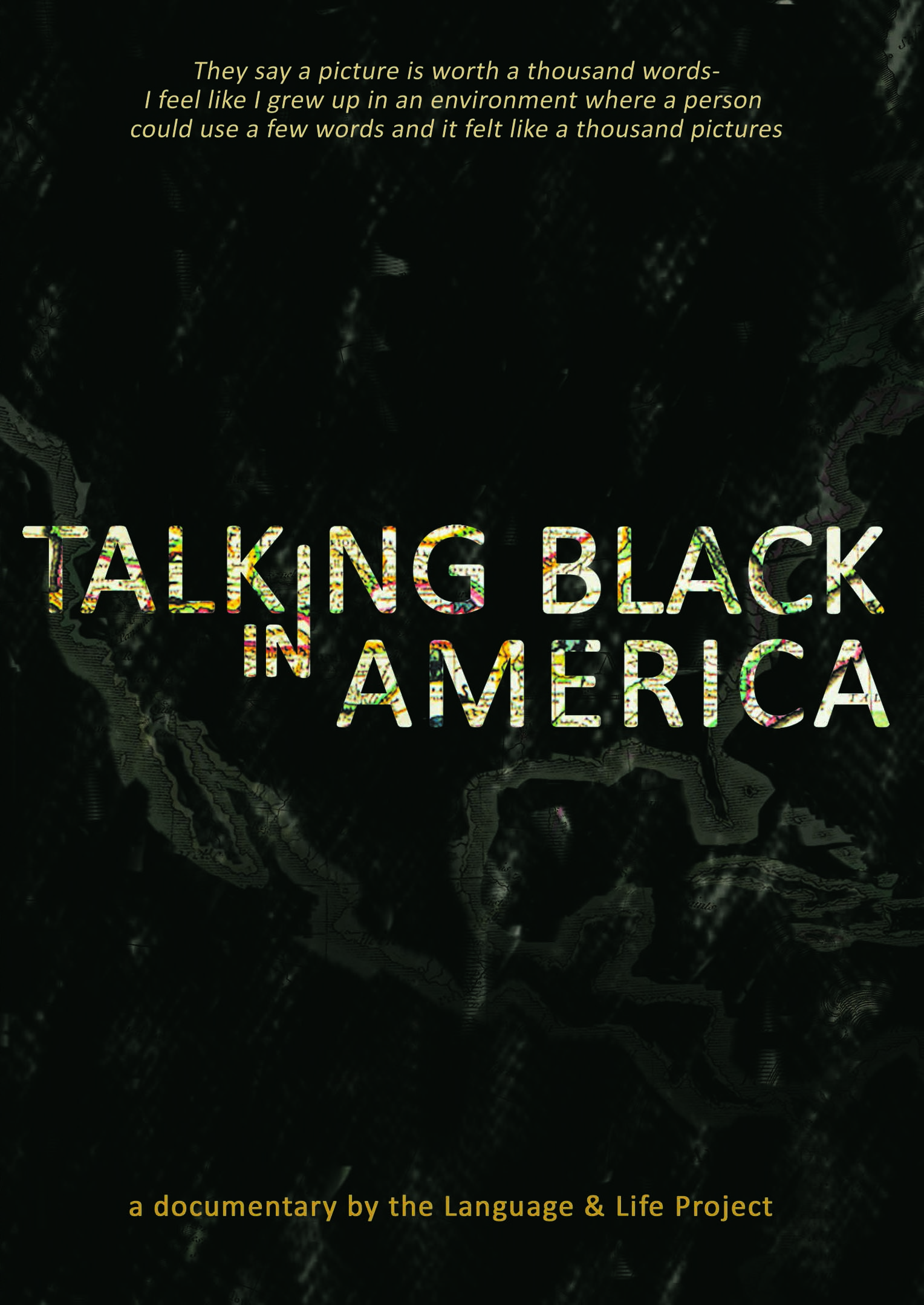 Talking Black in America is the first documentary to portray the most controversial and misunderstood language variety in the history of American English. Filmed in locations from the Caribbean and South Carolina Sea Islands to the rural South and metropolitan areas of the North, it examines the historical roots of African American Language, its contemporary status in society, its essential role in everyday life, and its critical utility in artistic performance. The documentary is built around the comments and activities of everyday speakers and performers reflecting real world experiences, curated alongside the observations of linguists, historians, and educators. It showcases the development and changing role of language in the lives of African Americans, as well as the remarkable impact it has had on the speech and culture of the United States and beyond. The documentary confronts the persistent stereotypes and prejudices about African American language and positions it solidly as an integral part of the cultural legacy of all Americans.

A documentary talking about talking had the potential to be a snoozefest, a dry dissertation that had people stampeding up the aisles long before the closing credits rolled. That didn’t happen recently when N.C. State University professors premiered “Talking Black in America,” a documentary devoted to the history of African-American speech, its cultural importance and how it has shaped modern American English.”—Barry Saunders, The News and Observer

Michael T. Barry Jr: What are some of the misperceptions of African American speech in the United States and how does Talking Black in America work to dispel these misperceptions?

Walt Wolfram: The speech of African Americans is the most socially stigmatized, the most controversial, and the most misunderstood language variety in the history of American English. The legacy of slavery and social subordination cast its sprawling shadow of inhumanity and illegitimacy on language as well as other cultural traditions. African American Language, in fact, has traditionally been dismissed as little more than a “collection of errors.” Ironically, the language traditions of African Americans have contributed more to the shape of contemporary American English than any other variety while producing some of the most skillful and accomplished language performers in the world.

Talking Black in America follows the unique circumstances of the descendants of American slaves and their incredible impact on American language and life. The resonant cadences, rhythms, and expressiveness of African American speech reflect the imprint of African language systems, the influence of British, middle-passage, and Southern English, and the creativity and resilience of people living through oppression, segregation, and the fight for equality. Filmed across the United States, Talking Black in America is a startling revelation of language as legacy, identity, and triumph with contributions from Reverend Jeremiah Wright, DJ Nabs, Professor Griff, Beast1, Dahlia the Poet, and many others.

Language issues are portrayed in the everyday speech and experiences of African Americans in the United States. In the process, the documentary confronts a multitude of misperceptions about its origin, its nature, and its functional utility. Speakers from different regional, social, and educational backgrounds illustrate how diverse African American Language can be, contrary to the stereotype that it is a monolithic, homogenous non-mainstream variety. Ordinary, everyday speakers display how they use vernacular grammatical patterns such as “They always be playing” and “She nice” in highly patterned and systematic ways, contrary to the popular belief that these structures are just “grammatical errors.” Further, the history and unity of speech in the English-speaking diaspora over the past several centuries counters the assumption that African American speech is little more than an unworthy approximation of Standard English by the uneducated. Finally, the tradition of creative oratory performance and rhetoric, ranging from preaching to hip hop, rap, and spoken word, highlights the rich tradition of language skills that the African American community continues to share with American culture and other cultures and languages. The story of African American language—paradoxically and dramatically—counters the popular stereotypes of linguistic inadequacy and subordination with an entertaining narrative of language skill, performance, and utility that is worthy of celebration and recognition for its contribution to the English language.

The narration comes primarily from the comments of everyday speakers reflecting real world experiences, curated with comments by expert linguists, historians, performers, and educators to offer a highly informed portrayal of language issues related to African American heritage, culture, performance, and education. Production of the documentary was funded by a grant from the National Science Foundation and the Language and Life Project at North Carolina State University.

Comments on ““Talking Black in America”: A New Film on African American English”