loading...
By Darryl Robertson June 24, 2017 Comments Off on On Hip Hop and Growing Up in Philadelphia: An Interview with MK Asante 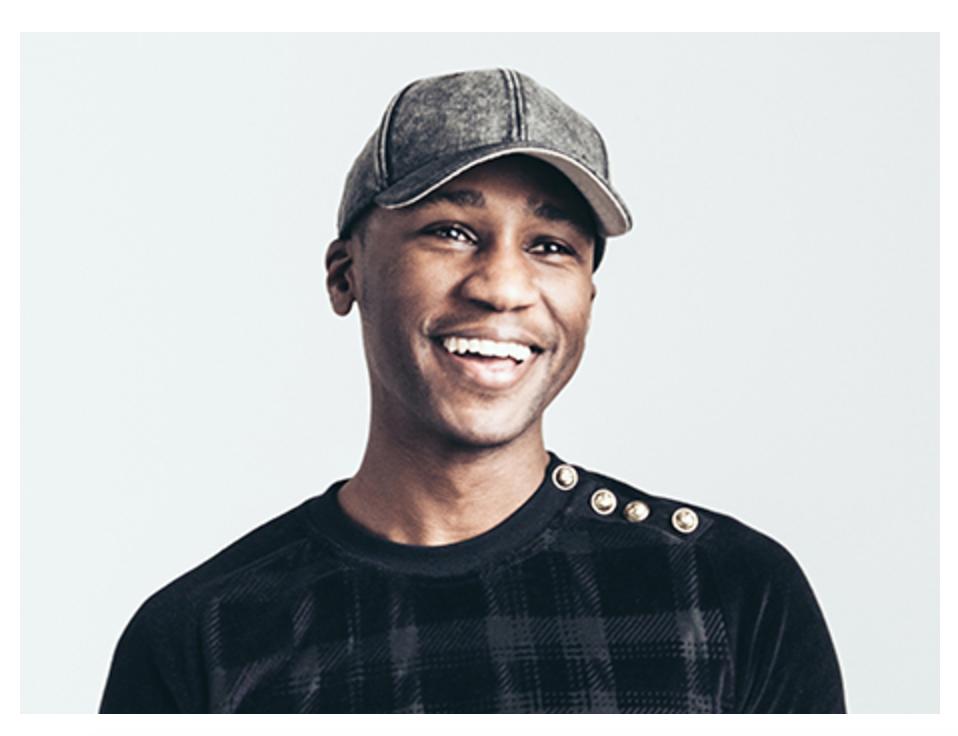 This month I interviewed MK Asante. Asante is a best-selling author, award-winning filmmaker, recording artist, and professor. He studied at the University of London and earned a B.A. from Lafayette College and an M.F.A. from the UCLA School of Theater, Film, and Television. He is Distinguished Professor at the MICA Business School in India and a tenured professor of creative writing and film at Morgan State University. Asante is the author of four books, including Buck: A Memoir, which was praised by Maya Angelou as “A story of surviving and thriving with passion, compassion, wit, and style.” Buck made the Washington Post best-seller list in 2014 and 2015 and has won dozens of awards. Asante received a Sundance Feature Film Grant to adapt Buck into a movie, which is currently in development. Asante has given distinguished lectures at Harvard, Yale, Stanford, as well as hundreds of other universities. He has toured in over 40 countries and was awarded the Key to the City of Dallas, Texas. Called “the voice of a new generation” by Essence magazine, he has been featured on the CBS Early Show, VH1, NPR, The Breakfast Club, and MTV. His story “The Blank Page” is featured in the New York Times best-seller Chicken Soup for the Soul: 20th Anniversary Edition. Asante’s essays have been published in USA Today and the New York Times. Asante is also a hip hop artist who has performed globally and is featured on the album Indie 500 by Talib Kweli and 9th Wonder. He is the CEO of MK Asante Productions, LLC and Wonderful Real Estate, LLC. Follow him on Twitter @mkasante.

Darryl Robertson: Please tell us about your field of work.

MK Asante: I make films, I write books, I make music, I’m an emcee, I’m a professor at Morgan State, and I’m also a distinguished professor at the MICA School of Business. Artistically, I try to tell stories that haven’t been told before. I try to tell my story in a lot of different ways. To some extent, everything we do, if it’s not an autobiography or memoir, is autobiographical. So even if I write a song or make a movie that’s not about me, it’s still a reflection of me and it still has autobiographical elements. So a lot of it is self-expression that’s meant very intentionally to inspire other people. I’m very intentional about inspiring people. Inspiration is why you’re talking to me right now. Other people inspired me to get to the next plateau—one foot in front of the other. I try to inspire people—to inspire people to liberate themselves and to liberate their thinking, to inspire people to follow their passion, to try to be masters of their own craft and to try to do it on their own terms. I’m a believer in that.

Robertson: How have your upbringing and early experiences growing up in North Philadelphia informed your music, teaching, filmmaking, and writing?

Asante: Philly definitely raised me. It’s really my education. When I talk about education, I’m not talking about just school. Philadelphia is a just big a** campus. Everything I learned in Philadelphia allowed me to be successful in other areas. The tricky part is that same s*** will get you killed. My nephew was shot three times two weeks ago. He’s seventeen. He was with thirty other kids and nine of them got shot. That’s a mass shooting, but you didn’t hear about it. That’s a mass shooting in Philly, but they don’t call it a mass shooting. My point is, and this is what I told my nephew—this is the campus. I believe that education happens 24/7/365. No matter if you’re on a campus, not on a campus, in a classroom, not in a classroom, whether you think you’re being educated or not, it’s happening.

I was an observer. So I paid attention to Philadelphia—to the pain, to the prosperity, to the deception. In my book—Buck—I talked about the angle in Philly. In Philly, everybody’s got an angle. I wrote, “squares trying to box me in, Octagons trying to stop me. Circles trying to throw me for a loop.” So you learn to read people and situations. All of that stuff—all the things I learned in Philly—helped me in business, in the world of literature, in the world of film, in the world of academia. To some extent this can be very helpful, but at the same time most of my friends and the people I know aren’t here. So, I don’t think that’s the path. That’s not the idea. The idea is not to be in the midst of that kind of chaos. My friend King Mez sent me a song and in it he basically said that he knew he’d be blessed if he were able to survive the Southside. But the key is being able to survive. 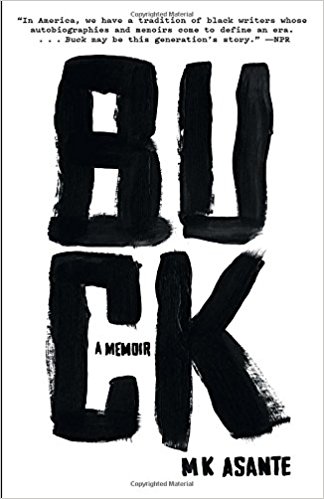 Robertson: One central aspect of your work is a focus on urban youth. How would you describe the role of hip hop in black youth culture in the United States?

Asante: It plays a huge role. There’s this thing I do in my book called “hip hop turret.” Throughout my book there are hip hop lyrics and I call it “hip hop turret.” Everybody that I know and grew up with, when they were walking down the street, whether they were playing basketball, or going to the store, was either rapping lyrics under their breath or out loud. So if Nas is your man, you’re walking to the store like: “I’m an addict for sneakers/twenties of budda and b****** with beepers/In the streets I can greet ya about blunts I teach ya…” You’re on that s*** already. It’s subconscious. You can go to the Bible and it says, “First it was the word and word was God.” So you start to think about the power of words and their effects. You probably have Nas’s whole catalogue etched in your brain. You know it. You listened to it. That s*** is in your DNA. It’s part of you.

One of the reasons I write—one of the reasons young black kids don’t read—is because who the f*** is writing for them? There aren’t a bunch of writers writing for black kids. So yes, a lot of the s*** is wack that they’re given or that’s pushed on them. But hip hop is one of the only mediums where you have young people of color talking to other young people of color. I’m not under any type of illusion—there are all types of corporate infiltration and influence, so it’s not like hip hop is this totally free space. But at the same time, at its best, hip hop is a free space. There are many moments when there’s a pure exchange of vulnerability among young people. There’s not a lot that’s for us, and I think that hip hop has always been one of the those things, and that’s why we guard it so carefully. That’s why we argue about it so passionately. From a cultural perspective, hip hop is something that we own.

Robertson: What kind of courses do you offer at Morgan State, and what kind of strategies and techniques have you found most effective for engaging your students?

Asante: The way I see education is acquiring or developing the language or tools necessary to design your own reality—that’s my definition. I want to design my own reality: the way I live, the way I eat, the way I think, who’s around me—everything. There’s a language I need to acquire to understand and comprehend to be able to do that. Education is acquiring that language. If that happens in the classroom, cool. If that happens on the street, cool. It doesn’t really matter where it happens—it’s going to happen regardless.

To me that’s what education is—acquiring those tools to design your own reality. The best classes that I experienced as a student were really conversational, where it felt like it wasn’t a hierarchy. I don’t get on a big podium and lecture. That’s not my thing. I sit on a table or in a chair with my feet on the table and we talk. We talk about all types of s***. We always start with what’s going on in the world now—not just in the news, but what’s going on in their worlds. From talking about that we end up talking about a whole lot of stuff. I’m not about the lecture. It’s very conversational, it’s very unorthodox. My whole style is unorthodox. Everything about me is pretty much rebellious and different. 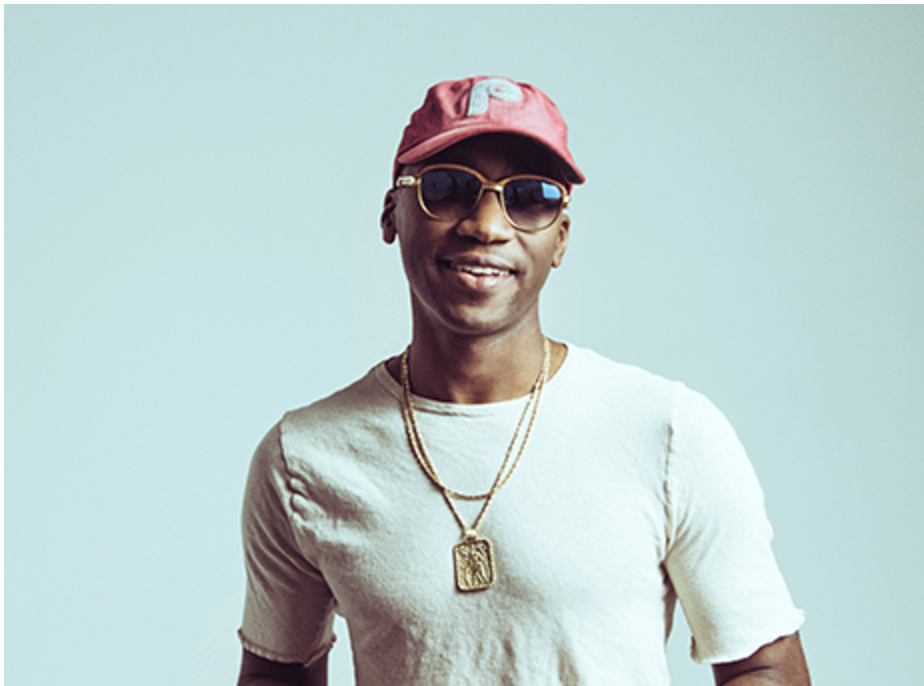 Robertson: In your opinion, how can public schools better serve inner-city youth?

Asante: It’s up to us. It’s up to men like you, and me, and other people you know. We have to write content and make films that cater to us, or create organizations. The billionaire who’s in charge of the school, what can he do? It’s up to us. Each one teaches one. I’m a global thinker, but it starts with your block. There’s a young man on your street right now, down your block, who needs help. They’re right here. We have to engage them. That’s what’s important.

Robertson: Who’s your favorite hip hop artist and why?

King Mez. I know him, but I know a lot of rappers and I listen to a lot of rap. He really is the best out there, to me. He’s on another level. I feel where he’s coming from. He’s such a master craftsman. I love people who put so much energy into getting it right.

Robertson: What new projects are you currently working on?

Asante: I’m working on an album that comes out in the fall. It’s a really big project. You’ll hear more about that at a later date. My movie for Buck is completely funded and in development. I’m shooting that early next year.