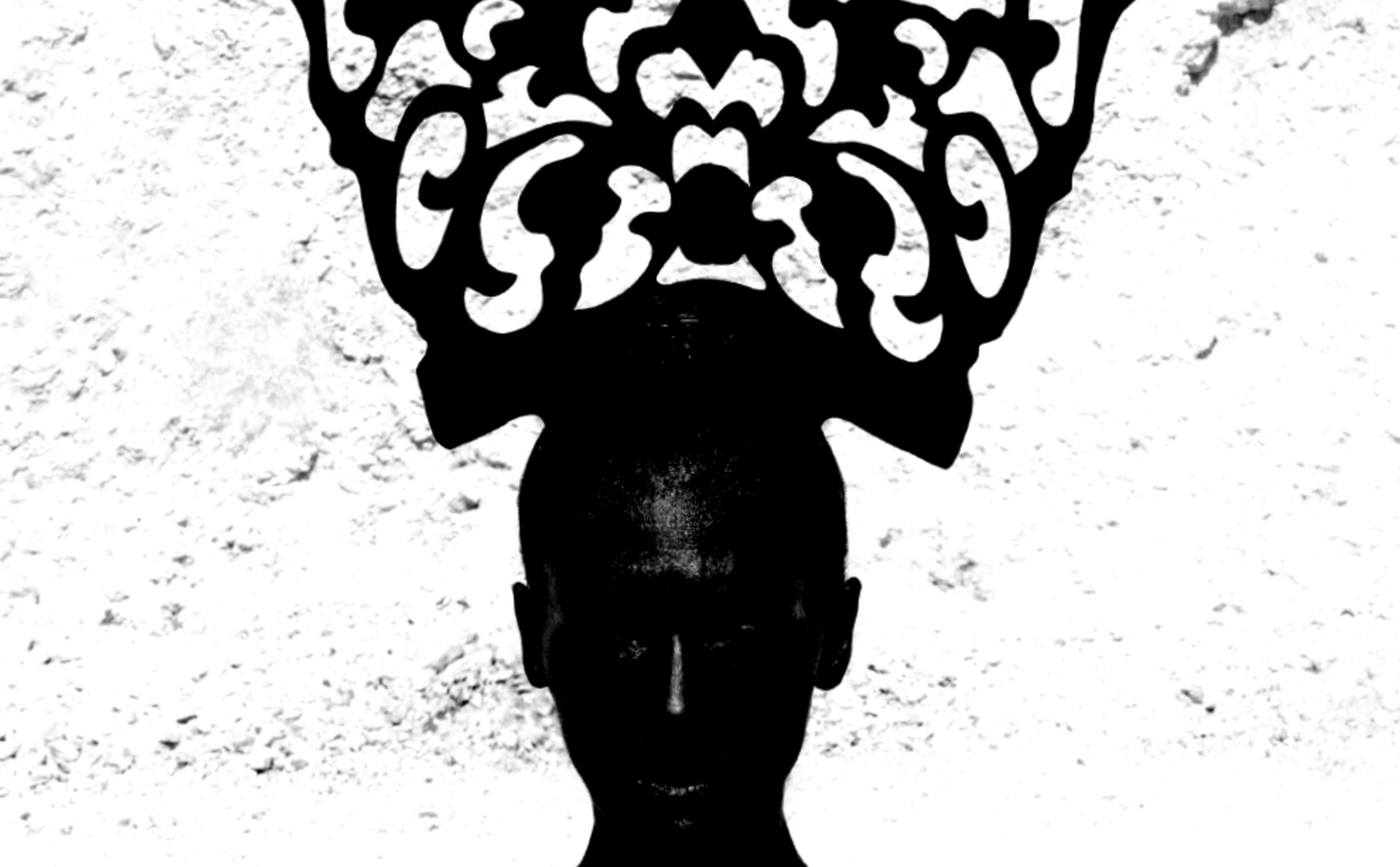 Bubbling with duende—the flamenco lexicon for expressing a performer’s enchanting spirit, graceful power, and soulful it-factor—K. Meira Goldberg’s Sonidos Negros: On the Blackness of Flamenco meticulously documents and uncovers the complexity and richness of intersecting the politics of Blackness with the flamenco dancing body. Covering a period from 1492 to 1933, the author asks,“What does flamenco tell us about the construction of race in the Atlantic world?” This monographic study helps us understand flamenco’s pain, power, and soul through the experience of Blackness. In doing so, Sonidos Negros is the first book to link Blackness to flamenco, and vice versa, thereby grappling with questions of identity raised by a newly emerging recognition of flamenco’s continental sub-Saharan African and African diasporic lineages.

The book’s strength manifests in its careful examination of a vast repertoire of flamenco dance. For instance, comparative literary and practice-based analyses of scripts structure Goldberg’s methodologies throughout Sonidos Negros. In particular, what I find fascinating and potentially useful for readers across many disciplines is the author’s etymological approach to comparing a number of sources in order to undertake a deep exegesis of a specific concept or dance form. Outside of the book’s immediate readership of Latin American and Iberian dance historians and ethnomusicologists, I would underscore that scholars and students in the fields of African Diaspora studies and critical Black thought will also find of interest the book’s references to Paul Gilroy’s Black Atlantic paradigm, W.E.B. Du Bois’s double consciousness theory, and Saidiya Hartman’s commentary on blackface minstrelsy.

One of the book’s main touchstones is Goldberg’s exploration of the category of Blackness. The most prominent example manifests in the author’s claim that “early modern Spain’s ‘Moors,’ that is, its Muslim inhabitants, became ‘Black,’ signifying moral turpitude as well as racial identity” (1). Specialists in early modern Iberia will appreciate Goldberg’s bold maneuver in positioning the conceptualization and imaginary of sub-Saharan Blackness in conversation with Iberian Muslim communities. For too long, the image of the so-called “Moor” has been treated as antithetical to Blackness. That being said, however, the book possesses a handful of passages that generalize and obscure the extremely complex and counterintuitive racial milieu of pre- and post-1492 Iberia. Just as there were cases in which Iberian Muslims—a religious group comprised from a diverse collection of racial and ethnic groups—were racially marginalized for their cultural and visible Blackness, there were also many instances in which so-called “Black Moors” lived as military agents and political sovereigns.

In her description of the Blackness of flamenco, Goldberg explains that she “is not looking primarily for originary African movement, rhythmic/musical, aesthetic, or spiritual elements, though [they] are inevitably present [in Sonidos Negros]” (3). Further, her reading of Blackness into flamenco follows the foundational works of Toni Morrison’s Playing in the Dark: Whiteness and the Literary Imagination (1992) and Brenda Dixon Gottschild’s Digging the Africanist Presence in American Performance: Dance and Other Contexts (1996). Emphasizing the importance of analyzing the “racialized dancing body” (3), Goldberg remarks that “flamenco represents Spain’s fraught attempts to reclaim its lost stature among European nations—its Whiteness—by embodying Blackness” (3). While I both appreciate and empathize fully with the courageous work performed throughout Sonidos Negros, my main contention with the project is ideological and political. If, as the author’s opening lines of the book ask, “How is the politics of Blackness figured in the flamenco dancing body” (1), then, such  “politics” of Blackness must center African diasporic modes of bodily, linguistic, and material expression, in order to execute the author’s claim to “celebrate and foreground flamenco’s hip-hop equivocations, its soulful intent, and its sacred communal dimensions, the satiric arrows of its virtuosic spectacles” (3).

To attend to these issues, it would have been effective if the author engaged in close reading of materials quoted and referenced throughout the book. As well, since the author discusses the cultural, exegetic, and racialized Blackness of flamenco on both sides of the Atlantic, a discussion of Zora Neale Hurston’s numerous ethnographic and folkloric works would have added nuance to claims articulated in the introduction as well as strengthened claims the author makes throughout Part II of Sonidos Negros. To be fair, Goldberg provides ample examples highlighting the power of Black agency, resistance, and subversion within Spanish flamenco culture, dance forms, and spaces. But what occludes the potential for seeing the complexity of flamenco’s Blackness—and even for garnering a stronger sense of the author’s position and voice on the subject matter—results from the book’s excessive background descriptions, listing of dances and terms, along with its occasional heavy citation of other critic’s commentaries. As a critic, the author could have better delineated the complexities inherent in flamenco’s identifiable Blackness through a theoretical engagement with current debates rooted in Black Queer studies, Black Performance studies, and Black Sound studies—each of which provide rigorous and stimulating frameworks for both theorizing and unpacking the richness of African diasporic existence, expression, and thought. 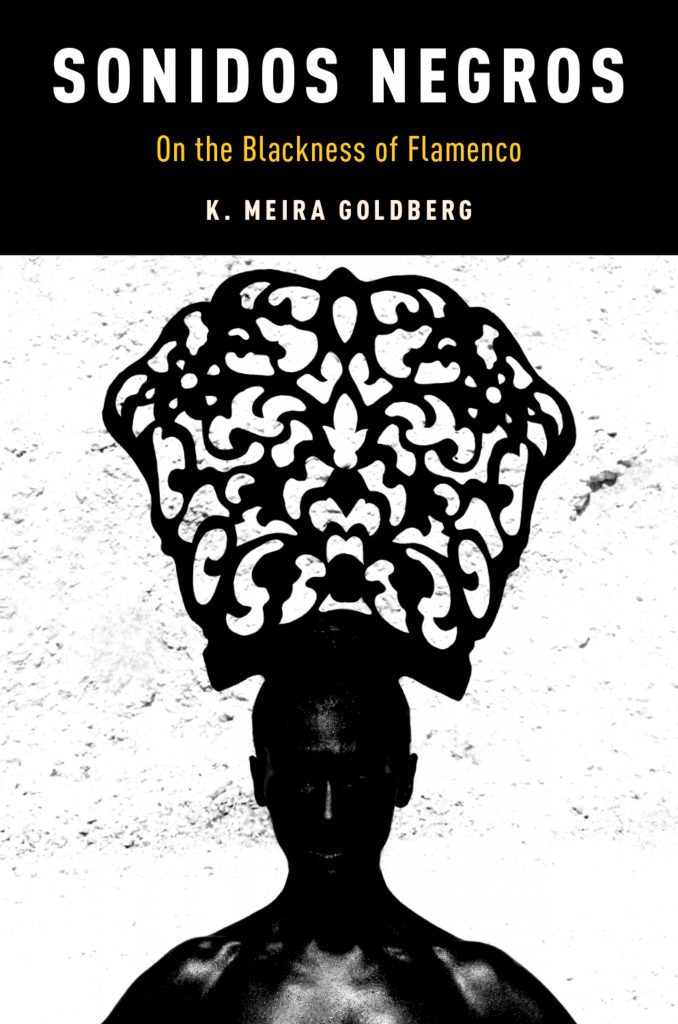 Fashioned under the architectural rubric “La ida y la vuelta,” Sonidos Negros is divided into two parts. Comprised of two chapters, Part I, “Changing Places: Figuring Race and Empire in the Eighteenth-Century Fandango,” addresses broadly what flamenco communities term the ida, or “going,” in order to examine the reinvention or creolization of peninsular culture in the colonial world. With its four chapters, Part II, “A Modernist Becoming: The Power of Blackness,” treats the vuelta, or return, whereby the author discusses the reintegration of Americanness within Spanish identity. Sonidos Negros also contains a congratulatory foreword written by Goldberg’s dissertation director, Brenda Dixon Gottschild, as well as a powerful and thought-provoking afterword that recapitulates the book’s broader goal of “[letting] us believe in the authenticity of much of the exotic element, for it reveals the enormity of [a] beginning” (183).

Described by Goldberg as the “spine” of Sonidos Negros, chapters 1 and 2 operate in a complimentary way. Chapter 1 focuses on the narrative of the pastor bobo [foolish shepherd], while chapter 2 grounds and traces the continuum of secular-sacred performance in the Americas, which the author suggests embodied an Africanist spirituality that flowed back into what later became flamenco.

Part II examines the “return” to Spain and its transatlantic connection to its Spanish American colonies and the United States. Within this next section, chapter 3 looks at the figure of “El Tío Caniyitas” (1849), a Spanish construction of North American blackface tropes in light of Harriet Beecher Stowe’s Uncle Tom’s Cabin (1852). In chapter 4, Goldberg examines the figures of “Mungo,” “Harlequin Friday,” and “Jim Crow,” arguing that each entity symbolizes refracted images of the pastor bobo discussed in chapter 1. Transatlantic in its scope, chapter 5 attends to the politics of representing Black men via the racially gendered optic of the Black flamenco equestrian clown named Jacinto Padilla, “El Negro Meri.” And finally, in chapter 6, the author performs an intersectional reading of the famous flamenco dancer Juana Vargas, “La Macarrona,” to locate and deconstruct orientalist Franco-Hispano constructions of her perceived Blackness on French and Spanish stages.

Accessibly written and engaging, K. Meira Goldberg has gifted us an original monograph that will impress and tantalize a diverse array of readers across many scholarly disciplines in the humanities and social sciences. While, at times, Sonidos Negros contains unnecessary definitions that overshadow its authorial voice and rigorous critical analysis, this critique, by no means, undermines the brilliance, merit, and originality of Goldberg’s groundbreaking book.

Nicholas R. Jones is Assistant Professor of Spanish and Africana Studies at Bucknell University. His research agenda explores the agency, subjectivity, and performance of black diasporic identities in early modern Iberia. He is co-editor of 'Early Modern Black Diaspora Studies: A Critical Anthology' (Palgrave Macmillan, 2018) with Cassander L. Smith and Miles P. Grier. His first solo-authored monograph, 'Staging Habla de negros: Radical Performances of the African Diaspora in Early Modern Spain,' will be published with Penn State University Press in 2019. He is currently at work on his second monograph that examines the role of material culture in the archival and literary history of black women in early modern Portugal and Spain. Follow him on Twitter @Bibliophilenick.

Comments on “On the Blackness of Flamenco”