This post is part of our blog series that announces the publication of selected new books in African American History and African Diaspora Studies. The Drum Major Instinct: Martin Luther King Jr.’s Theory of Political Service  was recently published by University of Georgia Press. 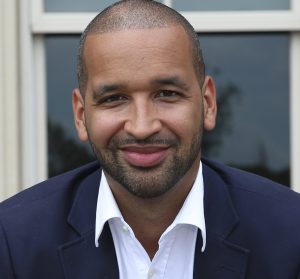 The author of The Drum Major Instinct: Martin Luther King, Jr.’s Theory of Political Service is Justin Rose, an Assistant Professor of Political Science and Director of the Africana Studies Program at Hobart and William Smith Colleges. He has also written in several outlets, including Contemporary Political Thought and Black Perspectives. He received his Ph.D. from the University of Virginia, an M.A. at Baylor University and his B.A. from Rutgers- New Brunswick. His scholarly and teaching  interests include African-American political thought, contemporary political theories of justice, and urban politics. His new book, The Drum Major Instinct: Martin Luther King, Jr’s Theory of Political Service (University of Georgia Press, 2019) explores how Martin Luther King Jr. transformed the Christian notion of service into a politically salient concept. 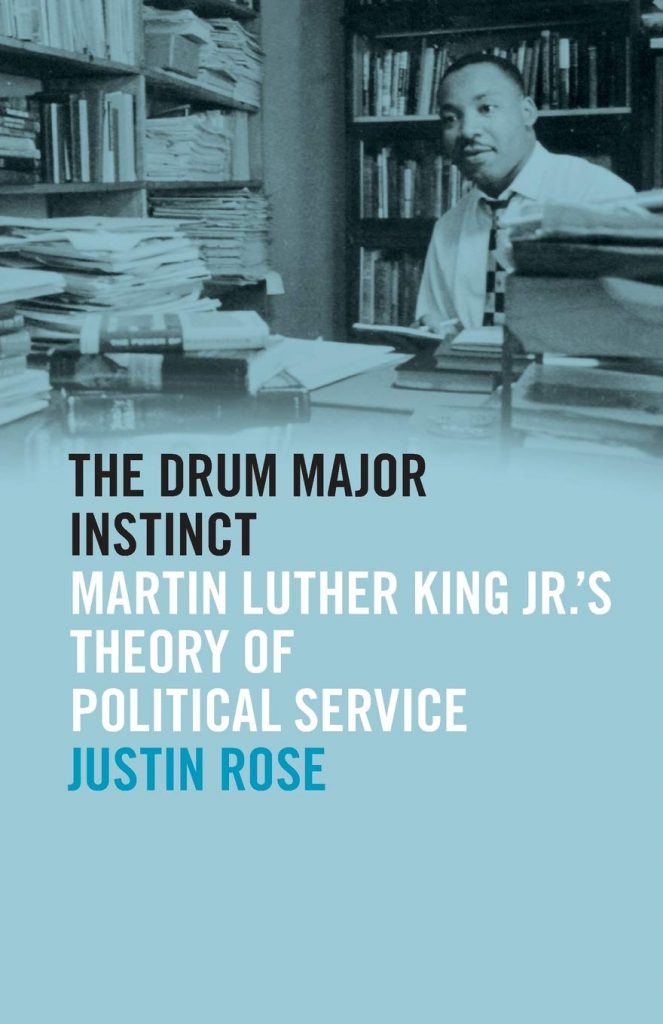 Though there are several studies devoted to aspects of Martin Luther King Jr.’s intellectual thought, no one has yet undertaken a comprehensive study of King’s overarching theory of political service. In The Drum Major Instinct, Justin Rose draws on Martin Luther King Jr.’s sermons, political speeches, and writings to construct and conceptualize King’s politics as a unified theory.

Rose argues that King’s theoretical framework—as seen throughout his wide body of writings—has three central components. First, King posited that all of humanity is tied to an “inescapable network of mutuality” such that no member of society can fully flourish if there are structural barriers preventing others from flourishing. Second, King’s theory required that Americans cultivate a sense of love and concern for their fellow members of society, which would motivate them to work collectively toward transforming others and structures of injustice. Finally, King contended that all members of society have the responsibility to participate in collective forms of resistance. This meant that even the oppressed were obligated to engage in political service. Therefore, marginalized people’s struggles against injustice were considered an essential aspect of service.

Taken together, King’s theory of political service calls on all Americans, but especially Black Americans, to engage in other-centered, collective action aimed at transforming themselves, others, and structures of injustice. By fully exploring King’s thoughts on service, The Drum Major Instinct is an invaluable resource toward understanding how King wanted us all to work to create a more just, democratic society and how his thoughts continue to resonate in contemporary struggles.

Dr. Rose’s book aims to fill an important gap in the literature on Martin Luther King Jr. by exploring King’s notions of political service. While historians, political scientists, theologians, and scholars in a myriad of other fields have examined King’s theology, ideas on nonviolence, and his organizing activities, there is no book-length treatment on how King secularized and politicized Christian notions of service in constructing his political ideology. Rose thus calls for scholars to take King just as seriously as a political thinker as they’ve taken him as a religious intellectual.—Christopher Cameron, University of North Carolina, Charlotte

Justin Rose: My father is a deeply devout Christian who pastors a church in my hometown of Miami, Florida. Growing up I would tag along with him to church conventions all across the state. For most of my life I was a practicing Christian and felt very much at home in the Black Baptist church. However, in my teens I was introduced to Malcolm X by my older brother. At the time I was attending high school in one of the most segregated and deeply impoverished sections of Miami. Thus, Malcolm’s message resonated with me both intellectually and viscerally. By the time I graduated from high school, I had read Malcolm X’s autobiography several times, which helped me to develop a deep critique of seemingly conservative Black leaders, such as Martin Luther King, Jr. Then something strange happened. During my first semester of undergrad at Rutgers University, I became very homesick and longed for a sense of southern culture. For some reason, I came up with the idea of downloading a bunch of King’s speeches to remind me of home. As I sat listening to King’s southern drawl, I realized that this was the first time that I actually heard King in his own words, and not as described by Malcolm. Up until that point, I had been taught that Malcolm and King were polar opposites, but the more I listened, the more I realized that King did not sound all that different from Malcolm. Now, I began to wonder what else I had gotten wrong about King.

From that day forward I read anything by or about King. As a budding political theorist, I began to notice a gap in the literature on King. Despite King’s plea that he be remembered in death for his commitment to service, it was clear that very little was known about what he actually meant by service. Furthermore, within national discourse, King’s legacy of service has been tethered to a neoliberal framework, which promotes individual-level volunteerism within unjust structures. Thus my book, The Drum Major Instinct, sets out to construct King’s radical Black theory of political service, which calls on all Americans, but especially Black Americans, to engage in other-centered, collective action aimed at transforming themselves, others, and structures of injustice. It is my firm belief that King’s thoughts on service provide us with an invaluable resource in our contemporary struggle for justice.