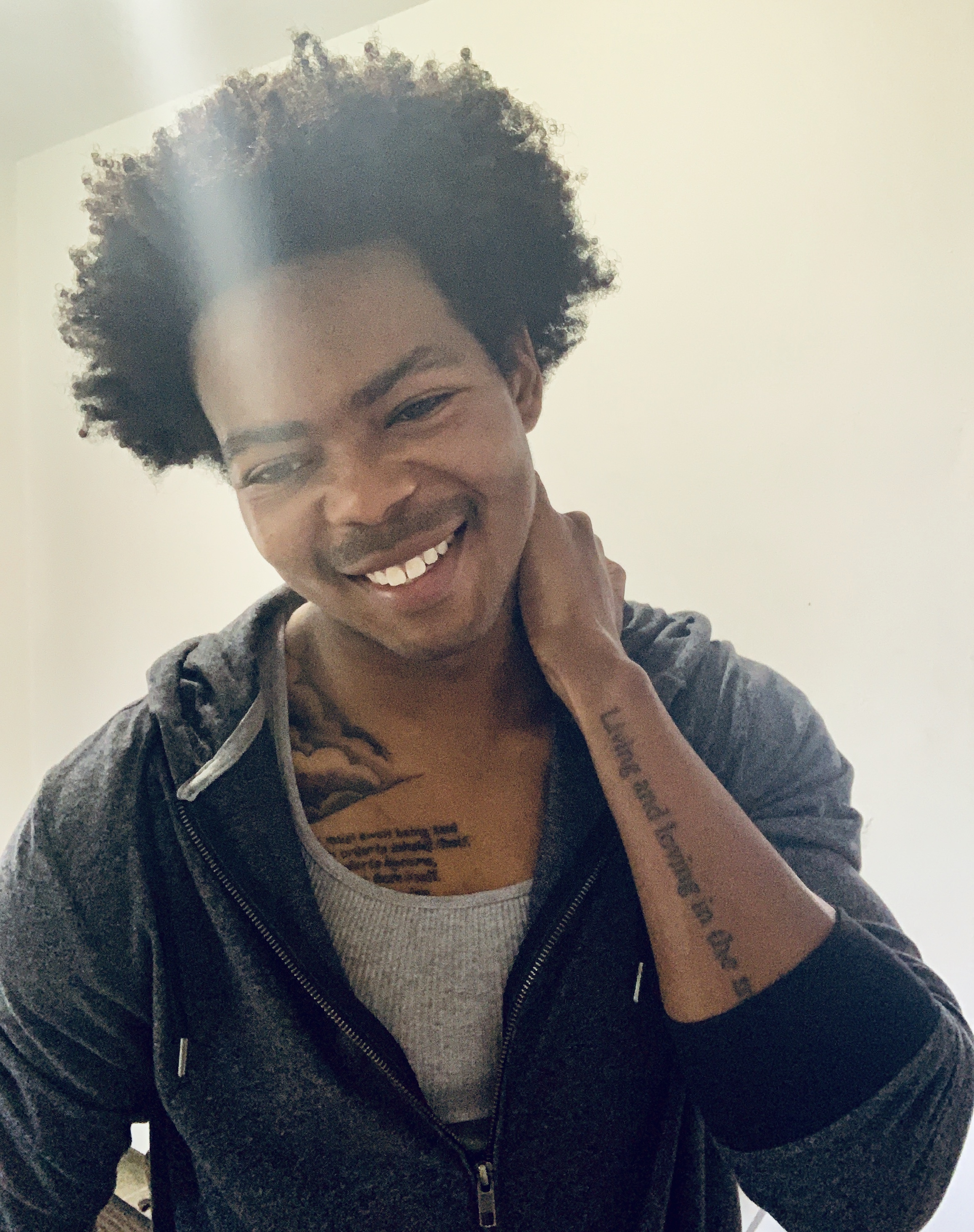 It took me the longest time to get a Twitter account. I fought it, for no other reason than I didn’t think the 140 characters was conducive to the verbosity of my thoughts. (Not at all a brag; more of a self-deprecation, actually.) But I have a partner who is very convincing and, I must admit, right more often than not. So, I got a Twitter, in part because she said I should. “It’s good,” she said, as she always does — usually when I balk at refusing to expand my woefully parochial palette — “just try it.”

Having been on Twitter for about a year and a half now (in fact, since May 2018, so says my all-knowing profile), it has gifted me with a surfeit of outrage, think pieces, reactionary takes, spot-on analyses, and of course cute animal videos. I often find myself gauging the popular discourse via Twitter, and sometimes I use that metric to assess how some of my more iconoclastic, or blasphemous, thoughts might square with those with whom I wish so vociferously to be in solidarity.

It’s usually hit or miss. But once, recently, it hit hard. First, though, some context on the cacophonous swarm of byzantine cogitation that is my inner intellectual life.

These musings on the phrasal darling of the Left (at least from my vantage), “lived experience,” are quite fraught, to say the absolute least. I must be clear here, and everywhere, that it is not at all a phrase I wish to dispense with. It is not a phrase I think is harmful, nor is it a phrase the use of which is cringe-worthy for me (unlike another Leftist darling: intersectionality, my outlook on which has been beautifully corrupted by my colleague Jennifer Nash’s book). It is not a phrase I wish to jettison wholesale. Do not misunderstand me, please, I beg of you. Please.

It is, however, a phrase I want to have a talk with; it is a phrase that I want to put a little bit of a squeeze on. I’ve felt enervated by its use as of late because it seems to have reached, for me, a point of exhaustion and, in that exhaustion, a crucial deprivation of efficacy. As I understand it, “lived experience” is largely deployed by marginalized and minoritized people who rightly insert the experiential knowledge they’ve claimed via engaging in the world and being subject to racially-, gender-, etc. specific effects. As a quintessential example, look to Aisha Ahmad’s Twitter thread, where Ahmad ends the series of thoughts with a flourishing “This is MY lived experience.” Innocent and justice-seeking enough, right?

And reader, I would respond with an affirmative “Right.” I really would, usually, mostly, almost-sorta-kinda. What causes my hesitance is how such a phrase reverberates when in fact I don’t want to say, “Right.” My hesitance is the result of knowing that, like most things, sometimes — if you’ll allow a filmic allusion to a demi-god of an actress — it’s complicated. I want to say sometimes that, you know, I actually don’t care if you had that lived experience — you, my friend, are misguided. (And that’s me being nice.)

Under the handle @prisonculture, this radical abolitionist Twitter user posted the following at 6:50pm on a lovely late September evening:

… having lived experience once again DOES NOT mean you have an analysis of your experience. It’s not inherent. This has become a real issue in organizing. Finally, you need co-strugglers to win. You can’t win with just one group of people.

I beamed at the kind of seen-ness that can only happen when those stuffed-down iconoclasms you thought were an internalized white supremacy or dormant hops onto the ruggedly individualist bandwagon are affirmed by the very radicals with whom you hoped you were still in alignment. The popular deployment of lived experiences collapses analysis into it in ways that skew problematically to me. That is, it is often assumed that lived experience is the analysis. It is not. Having something happen to you does not necessitate that you know precisely what happened to you, why it happened to you, how it came to happen to you, who else it has happened to, or how we might make it never happen again.

Lived experience might sometimes not allow for what Maria Popova called Audre Lorde’s theorization of “kinship across difference,” or what Sarah Jane Cervenak and J. Kameron Carton have termed “sociality without exclusion,” a way to be in coalitional solidarity without differentiation — or, not having the same lived experience — as a criterion of exclusion.

I falter a bit when I think about how the assertion of marginalized lived experience is a rejoinder, a necessary clapback to the universalizing mechanisms endemic to hegemonic and normative world-making. Inasmuch as the particularity of whiteness, cis masculinity, straightness, and the like normalize and universalize themselves as the lay of the land, where the deviation from which is marked as an aberrational breach falling into abjection, for, say, a Black woman to claim her lived experience as a way to refute such universalizing gestures is valiant indeed. It is a reminder that the world, that reality as such, is not the exact parameter of what Great White Men have conceived it as.

But there is also a way that, I don’t know, Black dudes claiming their lived experience as the beginning and end of the conversation disallows critique and further plumbing of the mechanisms at play. Interestingly, lived experience sometimes comes to serve as empirical truth unable to be discussed further because, as your neighborhood white liberal who wants to do and say all the right things will bark in nauseating perpetuity, “Your experience is valid.” But validity is not equal to being correct (or is it, in which case we’ll need to rethink the use of that phrase too). I’m like, can it be valid and still wrong?

And I hope the answer is Yes. I really do, for if it is not then one may never be able to critique the woman who says her lived experience has taught her that men are just being nice when they incessantly flirt with you or catcall you at 3am when you’re walking home. We may never be able to put the brakes on the Black dude who says his lived experience is that racism is a thing of the past. We may never get to tell the Latinx trans woman that her lived experience of there being two and only two genders and her god just made a tiny mistake is something to which we might want to in fact say, No, no, no.

In short, simply because we have been accosted by oppressions of various sorts does not make us exorbitantly wise. We do not become experts on the totality of oppressive systems if we happen to be affected by those systems. There must be more. The “more” supplements, or lovingly critiques, the pervasive habit of “plac[ing] importance on taking individuals’ words at face value and honouring their expressed experience (that is, the lived experience they say they are having),” Kai Cheng Thom writes in the context of queer communities, because this practice “seem[s] to be the norm in capital-C Community,” is “reactive and unhelpful in a lot of situations.”

I had been invited to Columbia to give a talk with some brilliant scholars on a book and author I utterly adore, and during the Q&A I got two questions. Or rather, I responded to two questions that were floating around out there. After answering the first, detailing the coalitional drive of gender self-determination, I responded very trepidatiously to the other. “Why would we think about ideas if they have no relation to life or lived presence,” the person asked. And I loved the question and the person for asking it. Yes, why do such a thing?

“I might get in trouble for this, but whatever, I’m gonna say it,” I confessed as I began. “This is something I’ve had hurled at me on occasion. What is the use and purpose of things that I or other critical theorists espouse if it is not attentive to life and lived experience? I want to [Marquis grapples with thoughts; makes hand gestures — as is my wont — that indicate said grappling] shimmy away from that just a teeny bit. And what I mean by that is there seems to sometimes be a …” and the word I used as an imperfect placeholder was “fetishization,” but that’s not it. The word I want, I think, is lionization, maybe even deification, “of things needing to be committed to thinking about a particular kind of lived experience, particularly marginalized lived experience, which I want to think in excess of because I want to perhaps think about other forms of life that might be possible. If lived experience is predicated on what exists, I want to think about what might exist in excess of that.” And that’s what I want, that possibility of living in excess.

So I suppose I’ve said all of this more briefly before. I need lived experience to do more, and I am lovingly taking hold of its discourse, giving it a good talking to, because I need it to critique itself in its own behalf. I yearn to think in excess of lived experience because I am committed to that lived experience, one almost solely about violence and disappointment and Hartmanian “skewed life chances,” not being the only experience to which we might validly lay claim.