Like Stuart Hall in his seminal article, “What is this ‘black’ in black popular culture?” Gillespie pushes back on the essentialist underpinnings of those that seek to yoke Black film to a common set of themes, narrative tropes and aesthetic practices. Gillespie also warns against limiting our scholarly conceptions of good Black films to those that best “account for the lived experience or social life of race.” Instead, Gillespie’s conception of film Blackness “foregrounds the creative and critical capacities of cinema with black visual and expressive culture as its signifying core.”

Gillespie’s analysis in the fourth chapter on Barry Jenkins’s Medicine for Melancholy, provides intricate insight about the film’s triangulation of race, place, and love. The film, shot for around $13,000, follows a Black man (Micah) and a Black woman (Jo) for a day after their one-night stand in rapidly gentrifying San Francisco. As the two move about the city they struggle to reconcile their drastically different relationships to Blackness. Micah, born and raised in the City by the Bay, often lectures Jo about San Francisco’s vanishing Black population and the larger racial politics of the city, while Jo, a San Francisco transplant who is dating a white man and lives in the city’s predominantly white yuppie Marina neighborhood, often seems disinterested in Micah’s geo-racial politics. Yet Jo also corrects Micah at key moments, like when he offers an incorrect account of the establishment of Black History Month, making it impossible to dismiss her as merely unaware. As Gillespie writes, “[Jo] won’t apologize for a white boyfriend…. She does not submit to a remedial script or disavow her choices as not black enough.”

The couple spends the bulk of the movie sorting out both their attraction to one another and their Black identities. Their visits to San Francisco’s Museum of the African Diaspora (MoAD) and the Martin Luther King Jr. Memorial place the diversity of Black identities in tension with the shared inheritance of diaspora. As Gillespie writes, “The generative nature of their black becoming and coupling…is bounded by the film’s extended mediation on blended loss, material (urbanism), and immaterial (black love).” The MoAd visit, in other words, does more than just highlight their sameness; it also insists upon their differences. The film ends with the pair going their separate ways. Ultimately, Gillespie concludes, Medicine’s version of film Blackness offers a “complicated sense of how place impacts Blackness in tandem with negotiations of futurity and the everyday.”

It would take eight years for Barry Jenkins to find enough money to make another feature film. That film was Moonlight, which took home Hollywood’s highest honor, the Academy Award for Best Picture. It catapulted Jenkins to stardom and is perhaps the most important film to ever win the best picture Oscar. With the Academy Awards days away, and Hollywood wrapped up yet again in a series of racial controversies, Gillespie’s intervention provides instruction for the critical and scholarly approaches to the relationship between race and film in our current socio-political and cultural moment. 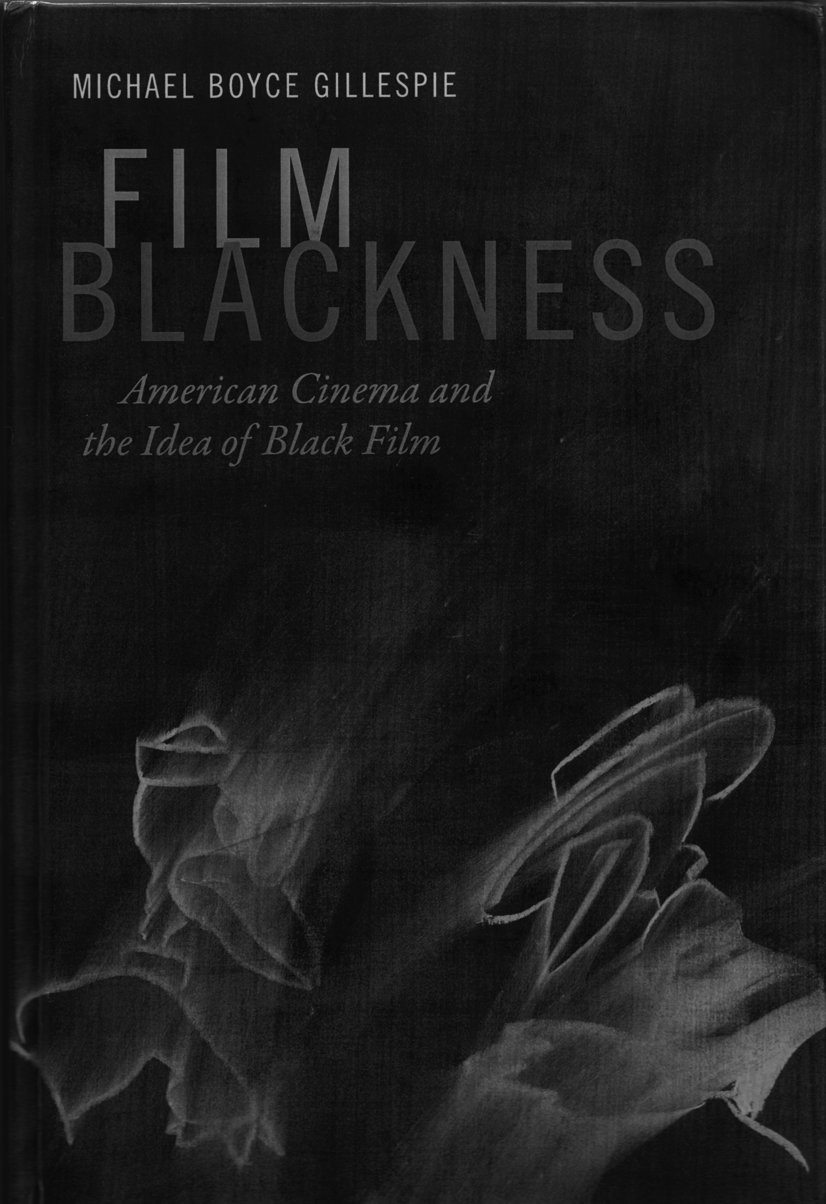 It was, after all, less than a month ago when President Trump, in a meeting in the Oval Office about immigration reform, referred to Haiti, El Salvador, and African nations, as in what was only the most recent in a laundry list of bigoted remarks about members of the African diaspora and other communities of color. White supremacy continues to serve as a foundational element of Trump’s political philosophy and his appeal to his supporters.

Days before the “sh**hole” incident, Hollywood gathered at the Beverly Hilton Hotel in Los Angeles for the first major awards ceremony of 2018, The Golden Globes. Most actresses and many actors wore all black and pins that read in protest of reports of rampant sexual harassment and assault by dozens of Hollywood’s most influential men. That nineteen women have accused Trump of sexual misconduct was not lost on the Hollywood audience. The movie industry has, by and large, positioned itself strongly against the president—his bigotry and his sexual assault allegations, in particular—since he took office.

While the efforts of Hollywood to root out sexual misconduct are commendable, their public disparaging of the President’s racism ring hollow given the ongoing racial problems within the industry itself. A 2017 list of the top 100 grossing films of 2016 found that people of color comprise less than 30% of all roles, and only fourteen saw an actor of color in the lead role. In addition, twenty-five of the top 100 films have no Black character, forty-four no Asian character, and a staggering fifty-four, more than half, had no Latino character in a city that is nearly half Latino.

Last month, amid Time’s Up activism and only two years removed from the, Steven Spielberg’s The Post, starring Meryl Streep, the woman who publicly derided the president only a year ago, debuted. The film takes direct aim at President Trump and the obligation of the press to stand up to him. Yet the film is entirely white, which seems odd given the centrality of white supremacy to the President’s political philosophy. Unfortunately, it appears the resistance, according to Hollywood, shall be as white as Trump’s immigration fantasies. Despite insistence to the contrary, the racial politics of Hollywood and the Trump administration share far more than many of the attendees at this year’s Oscars care to admit.

Gillespie’s Film Blackness is all the more relevant when considered alongside Hollywood whiteness. It offers a reminder of the importance of Black film in countering the representations of Blackness in the movie industry. Yet Gillespie insists we understand Black film as an art form; our assessment of it, therefore, must be able to account for each film’s “specific confluence of aesthetics of politics, history, and culture,” and avoid the “paradigmatic crush of an essential blackness.”

These insights shed light on recent criticisms of Ryan Coogler’s Black Panther (2018). Those critiques have largely found the film’s insufficiently radical politics, or even its anti-radicalism, dismaying. Yet, Gillespie’s intervention raises serious questions as to whether “the visual transcription of the black lifeworld” is the sole rubric for “good” or “bad” black film. Coogler’s last two films–Creed (2015) and Black Panther–demonstrate that he may not be primarily focused on such concerns. Instead, Coogler’s work seeks to fundamentally disrupt Hollywood’s essential function as a life source of whiteness and white supremacy. The work of Coogler, and of other directors like Ava DuVernay and Jordan Peele, seems fundamentally committed to crafting a Black Hollywood aesthetics. Coogler’s Black Panther therefore posits whether or not Black film can be box office.

As Stuart Hall writes in the article that comprises some of the theoretical underpinning of Film Blackness,

“popular culture is not at all…the arena where we find who we really are, the truth of our experience. It is an arena that is profoundly mythic. It is a theatre of popular desires, a theatre of popular fantasies. It is where we discover and play with the identifications of ourselves, where we are imagined, where we are represented, not only to the audiences out there who do not get the message, but to ourselves for the first time.”

Or, as Gillespie puts it, Black film “is always a question, never an answer.”

Justin Gomer, Ph.D., is an Assistant Professor of American Studies at California State University, Long Beach. His research focuses on race and popular culture in the post-civil rights era. Justin's work appears in Souls: A Critical Journal of Black Politics, Culture, and Society, the Washington Post, and Boston Review, among others. He is currently writing a book entitled, Colorblindness, A Life: The Political and Cultural Biography of an Ideology, which offers an interdisciplinary biography of the racial ideology of colorblindness. Follow him on Twitter @ProfessorGomer.