loading...
By Jared Hardesty June 13, 2016 Comments Off on The Political Worlds of the Enslaved and Marginalized

This week (June 13-18), the AAIHS will be hosting a roundtable on Neil Roberts’s Freedom as Marronage (University of Chicago Press, 2015). Over the course of the week, four scholars will offer perspectives and commentaries on the book and Roberts will reply on the last day. We invite readers to join the discussion by commenting on the blog post in the discussion section or by asking your question/providing feedback on Twitter using the hashtag #FreedomAAIHS. 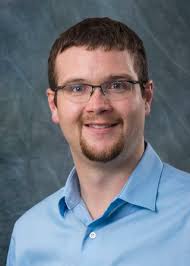 We begin with an introduction by the moderator and resident blogger, Jared Hardesty. Jared is an Assistant Professor of History at Western Washington University where he is a scholar of colonial America, the Atlantic world, and the history of slavery. He completed his PhD at Boston College and is the author of numerous articles and book reviews. His book, Unfreedom: Slavery and Dependence in Eighteenth-Century Boston, which examines the lived experience of enslaved people in Boston and eschews the traditional dichotomous understanding of slavery and freedom, instead arguing black Bostonians were part of a larger world structured by unfreedom and ties of dependence. He is currently at work on a short and accessible history of slavery in New England.

I want to open the roundtable on Neil Roberts’s brilliant, groundbreaking, and timely Freedom as Marronage with a confession. From time to time, I post on Reddit. Much of my commentary comes out of an impulse to confront and correct the factually challenged historical narratives promulgated to make contemporary political arguments. When reading this book, I could not help but be reminded of an exchange I had a couple years ago. In a discussion of the morality of the American Revolution, there was a comment thread concerning the percentage of the population who supported the Revolution and the statistic was “45% of the white population.” A response to this statistic floored me: “‘45% of the white population.’ That’s pretty funny. Like blacks had any say.” I quickly jumped in, citing Lord Dunmore’s Proclamation, Black Loyalists in Nova Scotia, and numerous other examples of slave political participation. The response? “I think if they influenced politics, they wouldn’t have been slaves.”

This vignette serves as a stark reminder that in the popular imaginary, especially in the West, enslaved men and women were not and could not be political actors. It also reminds us of how much work lies ahead, that we need to clearly articulate and explore the black political tradition in slavery, freedom, and everywhere in between. Most importantly, this story must be told from the perspective of the enslaved and their descendants. Freedom as Marronage answers that call in a profound and important way. 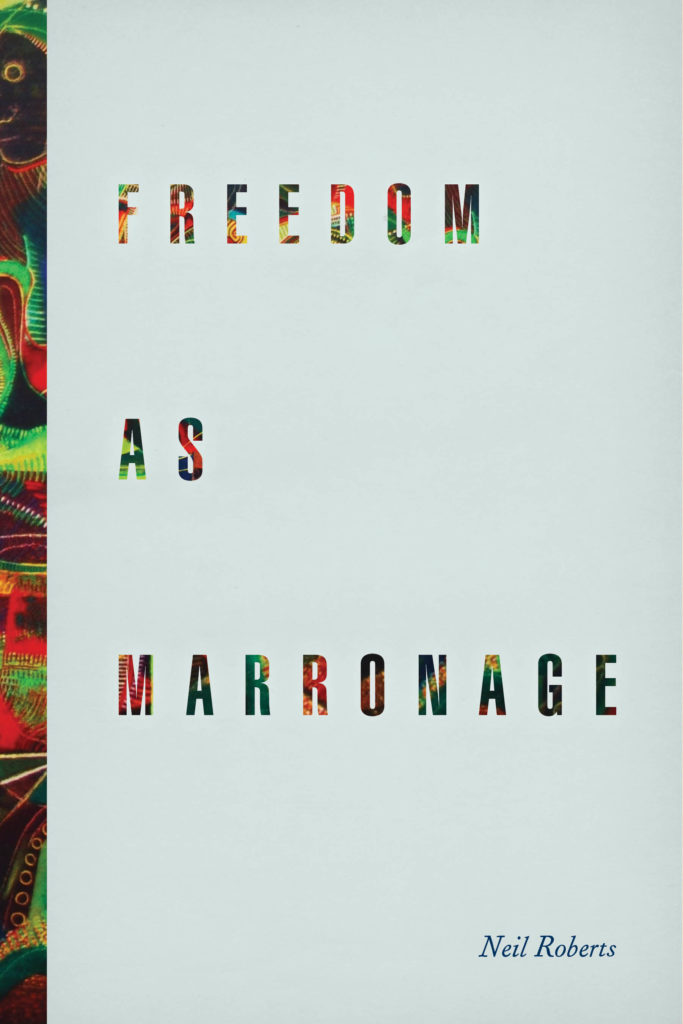 Roberts’s book challenges popular beliefs by demonstrating that enslaved people had a political and intellectual tradition that transcended status and have profoundly shaped contemporary understandings of freedom, especially for the descendants of the enslaved. For Roberts, scholars of freedom and slavery have erred, associating freedom with political activity and participation and slavery with social death. In earlier formulations of liberty, Roberts continues, scholars have discounted slave agency as a crucial factor in creating opportunities for freedom. Perhaps an important rhetorical element of Roberts’s argument, then, is his continual insistence that slaves were agents in control of their own ideas about freedom and understanding of politics.

To better understand how slaves acted as agents and exercised agency to find freedom, Roberts deploys the notion of marronage or escape from slavery (“flight” is the term most used by the author). Yet, liberty was not flight to a thing or place, but rather, in the words of roundtable contributor Annette Joseph-Gabriel, freedom was “not through marronage but rather as marronage.” Movement was not only about physical removal of oneself from the oppressive structures of slavery and colonialism, but also mental flight through the rejection of racist and colonial norms. All in all, Freedom as Marronage eschews lineality and instead, using marronage as a lens, views freedom as a spectrum and condition, not a place. That spectrum of flight from slavery was highly contingent and, for enslaved people, shaped as much by their own agency and thought processes as by the colonial state and master class.

Drawing from a wide range of authors and thinkers including Hannah Arendt, Frantz Fanon, Frederick Douglass, W.E.B Du Bois, Isaiah Berlin, Angela Y. Davis, and Samuel Coleridge and political thinkers active in the American, French, and Haitian Revolutions, Roberts makes a powerful argument about the nature of freedom. He transcends the usual bifurcated discussion between positive (political participation and institution building) and negative (rights and freedom from domination) liberty. This dichotomy does not allow for an effective exploration of slave agency and builds a telos into our understanding of freedom. Marronage by enslaved people, however, allows us to see “freedom as a process of flight bridging the negative and positive polarities” (p. 13). In using marronage in such a way, Roberts’s argument transcends slavery and reverberates across centuries to the present day. Making such a transcendent argument allows the author to employ a wide range of sources not usually associated with political philosophy, such as Haitian peasants, Rastifarians, and Caribbean poetry. While he does not entirely discount the Western tradition—slave societies were creations of the West, after all—such original sources allows Roberts to articulate a vision of freedom from those enslaved and marginalized by European colonial powers.

Freedom as Marronage covers a diverse array of thinkers and topics and will be appealing to scholars of many disciplines. Much of the work explores slave agency, the relationship between slavery and freedom, and articulates different theories of marronage to inform that conversation. In the introduction and first chapter of the book, Roberts examines how previous intellectuals have tended to ignore and disavow slave agency. Through an exploration of the life, career, and writings Frederick Douglass in chapter 2, Roberts articulates a brilliant model for understanding the relationship between slavery and freedom (see Gregory Childs’s contribution for more on this topic). Chapters 3 and 4 explore the Haitian Revolution through two different lens of marronage. The book concludes with two chapters exploring theories of marronage and their influence on more contemporary political debates. Scholars interested in slavery, conceptions of freedom, race relations, colonialism and post-coloniality, and decolonized understandings of politics will find much to like about this book. As this roundtable demonstrates, while not everyone will agree with Roberts’s ideas or theory of freedom as marronage, he presents a powerful and significant vision of freedom from below.

This roundtable brings together leading scholars of freedom and slavery from a variety of disciplines to explore the argument and significance of Freedom as Marronage. Contributors will not be reviewing the book, but rather addressing how Roberts’s theory helps influence their own disciplinary interests, historical conceptions of freedom, and contemporary political issues. All of the authors use Roberts’s work to raise important questions about liberty, past and present. The roundtable will open on Tuesday with commentary from James Martel, Professor of Political Science at San Francisco State University. Martel’s essay invites us to dwell on different forms of marronage by introducing a third concept—jurisgenerativity (the process of creating law)—to help separate Roberts’s theories of marronage. To illustrate this point, Martel draws from the example of Michael Brown, reminding us that the ideas discussed in Freedom as Marronage do not only dwell in the past, but also continue with us to this day. On Wednesday, Annette Joseph-Gabriel, Assistant Professor of French and a scholar of Francophone Caribbean literature at the University of Arizona, places Roberts’s discussion of the Haitian Revolution into conversation with that of C.L.R. James’s and concludes by asking the significance of marronage for still-colonized former slave societies, such as Puerto Rico, Martinique, and Guadeloupe. Focusing more on history, Thursday’s essay by AAIHS’s own Gregory Childs, Assistant Professor of Latin American History at Brandeis University, pushes us to think more deeply about marronage, especially the more traditional historical categories of petite (short-term) and grande (long-term) marronage and their relationship to the theories Roberts discusses. To do this, Childs explores the famous seventeenth-century Brazilian quilombo (maroon community) of Palmares. Concluding the essay portion of the roundtable on Friday is Minkah Makalani, Associate Professor of African & African Diaspora Studies at the University of Texas at Austin. Like the other contributors, Makalani explores the Haitian Revolution and the relationship between sovereignty and marronage, although he also raises important questions about the role and place of the nation-state in these discussions. On Saturday, Neil Roberts will offer a response to the roundtable and closing remarks.