loading...
By Guest Poster June 14, 2016 Comments Off on Stages of Freedom 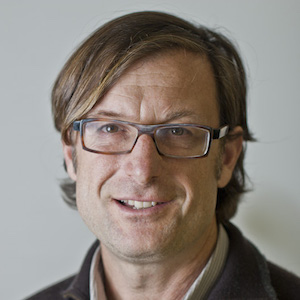 This is the second day of our roundtable on Neil Roberts’s Freedom as Marronage. We began with introductory remarks by Jared Hardesty yesterday. In this post, James Martel asks important questions about Roberts’s theories of maroonage and connects them to contemporary protests. Martel teaches political theory at the department of political science at San Francisco State University. He is the author most recently of The Misinterpellated Subject  (Duke University Press, 2017 forthcoming) and The One and Only Law: Walter Benjamin and the Second Commandment (Michigan, 2014).

In Freedom as Marronage, Neil Roberts gives us various modes of freedom that exist even (perhaps especially) under the direst conditions of slavery and oppression. He speaks of “individual acts of truancy (petit marronage) or the creation of communities of freedom outside of the parameters of a plantation society (grand marronage) within which a majority of agents live” (p. 10). To these he adds two other forms, sovereign marronage and sociogenic marronage. Of these forms he writes:

Sovereign marronage is the mass flight from slavery in which the sociopolitical goal of independence is achieved through the agency and vision of the lawgiver, not the people. Sociogenic marronage classifies the supreme ideal of freedom. It denotes a revolutionary process of naming and attaining individual and collective agency, non-sovereignty, liberation constitutionalism and the cultivation of a community that that aligns civil society with political society. Flight can be both real and imagined. That pronouncement bolsters a central maxim of the theory of marronage: Freedom is not a place; it is a state of being (p. 11)

Here, we see that sovereign marronage makes the error of contaminating the freedom of marronage itself with the very concept—sovereignty—that has led to conditions of slavery and oppression in the first place. One example that Roberts offers of sovereign marronage is post revolutionary Haiti where domination and hierarchy were reasserted albeit in new forms. 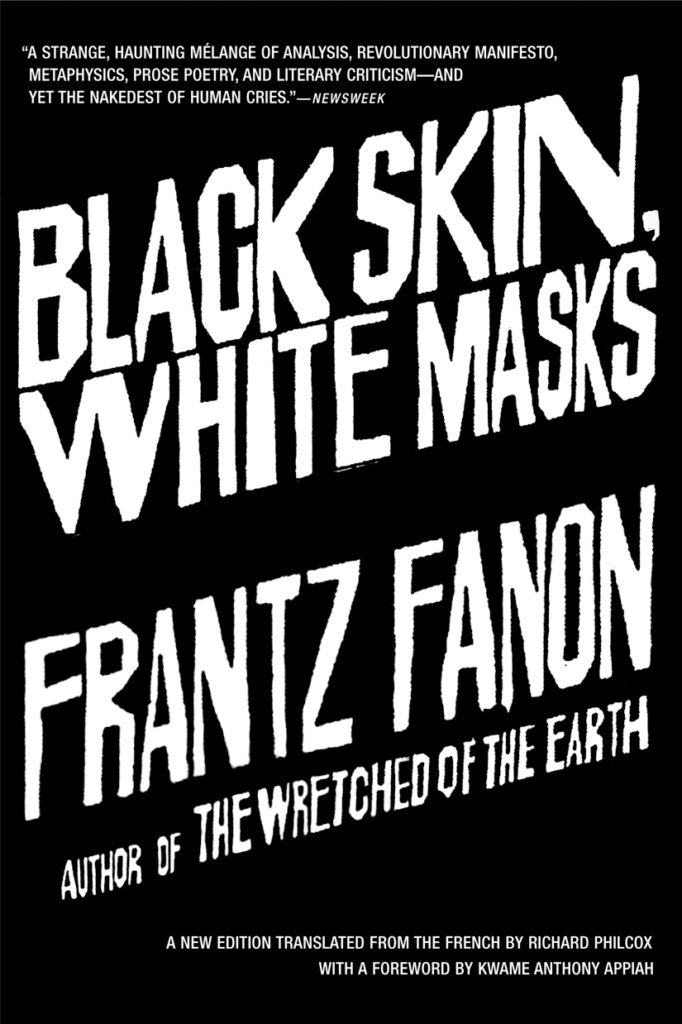 Sociogenic marronage, on the other hand, involves a collective and productive set of actions that creates something entirely new (even as it remains effectively within a framework that has not necessarily changed all that much). Roberts cites Fanon in Black Skin, White Masks as originating the idea of sociogenesis. He quotes Fanon as writing:

Reacting against the constitutionalizing trend at the end of the nineteenth century, Freud demanded that the individual factor be taken into account in psychoanalysis. He replaced the phylogenetic theory by an ontogenetic approach. We shall see that the alienation of the black man is not an individual question. Alongside phylogeny and ontogeny there is sociogeny….Society, unlike biochemical processes, does not escape human influence. Man is what brings society into being. 1

For Roberts, sociogenic marronage is the opposite of the idea of “social death.” 2 It suggests that slavery—and forms of domination that follow—form (to cite Fanon himself once again) “an extraordinarily sterile and arid region, an incline stripped bare of every essential from which a genuine new departure can emerge” (p. 118).

For Roberts, sociogenesis takes the core element of marronage—the concept of flight (whether actual or imagined)—and makes it itself into a political principle. Roberts writes that “Sociogenic marronage allows us finally to understand how revolutions are themselves moments of flight that usher in new orders and refashion society’s foundations” (p. 116). Here, we see that flight is not only a mode but perhaps the mode of freedom. This, not only in the usual negative sense of “freedom from” (although it clearly is that too) but also in the sense of “freedom to,” that is, freedom as flight, freedom as a state of movement away from sovereign practices and towards alternative forms of being together (hence sociogenic).

For all of the clarity of this distinction, in practice, the critical difference between sovereign and sociogenic marronage may be harder to separate. The example of Haiti is a case in point because, even as post-revolutionary Haiti descended into a top down society, elements of resistance persisted (and still remain) so that, in a sense, you had examples of marronage within marronage, pockets of collective self-expression within the context of a reasserted sovereign norm.

Roberts himself suggests some of the complexity of this distinction. He writes:

Just as an agent can become free, an agent can fall out of the free condition. This does not mean the Haitian revolutionary project of sociogenic flight is flawed. It suggests that flight, sociogenic and otherwise, is inertia-resistant and subject to flux. The Haitian Revolution exhibits radical epistemic vistas whose inability to sustain freedom in Haiti on a macropolitical level in the phenomenal world should not obviate its value for our ways of thinking and knowing. “Beyond the mountains there are mountains” (p. 137).

We see here that the line between sociogenetic and sovereign marronage is perhaps not as clear as might have seemed. The question of goals, of the forms of authority that sociogenesis produces, can lead right back to the kinds of authority structures that created colonialism in the first place.

As Sylvia Wynter writes, “one cannot ‘unsettle’ the ‘coloniality of power’ without a redescription of the human outside the terms of our present descriptive statement of the human, Man, and its over-representation.” 3 That is to say, the very fabric of political authority is fraught and many of the bases of coloniality can be smuggled back in along with the trappings of autonomy and self-determination (especially when the condition of that “self” remains inchoate and ill defined).

This issue is precisely why Roberts’ insights into freedom being a condition rather than a place is so critical. When we give up on the idea of freedom as being akin to a finish line that we cross once and for all (the usual, more liberal rendition of that idea) and accept freedom as a more flickering, vulnerable phenomenon that we must bring into the world and sustain through our collective efforts, we approach Roberts’ idea of sociogenic marronage as an ongoing form of political possibility. Indeed, the whole question of achieving freedom “once and for all” is exactly the temptation that turns sociogenic marronage into its sovereign equivalent. Sovereignty is a lure that draws the resistant community back into the maw of domination; it promises self control, agency and autonomy but in fact delivers those things only for those who take over the reins of the state.

How then to ensure, or at least render more likely, the separation of sociogenic and sovereign forms of marronage? In addition to Roberts’ work, I think the writing of Fred Moten and Stefano Harney is very helpful in this regard because for them, as for Roberts, marronage is a phenomenon that is ongoing into our present moment. In thinking about the murdered body of Michael Brown, laid out in the streets of Ferguson for several hours after his being killed, the authors write:

In the interest of imagining what exists, there is an image of Michael Brown we must refuse in favor of another image we don’t have. One is a lie, the other unavailable. If we refuse to show the image of a lonely body, of the outline of the space that body simultaneously took and left, we do so in order to imagine jurisgenerative black social life walking down the middle of the street—for a minute, but only a minute, unpoliced, another city gathers, dancing. We know it’s there, and here, and real; we know what we can’t have happens all the time. 4

The idea of jurisgenerative black social life seems to me to be inherently connected to the idea of sociogenesis that Roberts references. In the case of jurisgenerativity, it is not society but the law itself that is being created. Not, to be sure, the “law” that murdered Michael Brown, but another law, one that is “unpoliced.” This other law can and does exist amidst and in spite of the depredations of what the law (or “police”) usually entails. By looking to this other law (the product of jurisgenerativity) Moten and Harney engage in an act of refusal of the capitalist state’s “seizure of the capacity to make (and break) law.” Moten and Harney further write:

But what if together we can fall, because we’re fallen, because we need to fall again, to continue in our common fallen-ness, remembering that falling is in apposition to rising, their combination given in lingering, as the giving of pause, recess, vestibular remain, custodial remand, hold, holding in the interest of rub, dap’s reflex and reflection of maternal touch, a maternal ecology of laid hands, of being handled, handed, handed down, nurture’s natural dispersion, its endless refusal of standing. 5

In re-reading Michael Brown’s prone, murdered body as an act of “endless refusal of standing,” Moten and Harney have given him back some version his own power and, by extension, the power of the larger black community to resist and to refuse. By taking the law itself as a thing that can be seized from the police (seized from the seizers, that is) Moten and Harney indicate the possibility of ceding nothing to the state or the law, to the power of domination and oppression in the same way that Walter Benjamin envisions the general strike as refusing to bargain and plead with the state and instead simply refusing it outright. 6

Freedom as Marronage indicates how even under the most brutal conditions of slavery, sovereign power is never absolute, never totalizing. By the same token, when Moten and Harney revisit the scene of Michael Brown’s murder—a moment that appears to be the acme of state violence and contempt—they see that “for a minute, but only a minute, unpoliced, another city gathers, dancing.” This is an appropriation of fleetingness (“only a minute”) as a basis for a resistance that does not succumb to what it struggles against.

Recognizing the value of fleetingness, which I think is an essentially anarchist conception, supports the kinds of freedom that actually stem from acts of resistance, bolstering and strengthening such moments in the face of sovereign tinged phantasms of freedom that tend, as Roberts suggests as well, to doom would be resisters to a sense of futility and the impossibility of realizing what they in fact have already achieved. Recognizing the ongoing temptations of sovereign authority—and, in doing so, refusing it pointedly and utterly—is part of the way that those who engage in sociogenic marronage can avoid being drawn back into the teleology and determinism of a sovereign conception that can happen even amongst the most radical and dedicated pursuers of freedom.