loading...
By Guest Poster June 15, 2016 Comments Off on Between the Lawgiver and the People 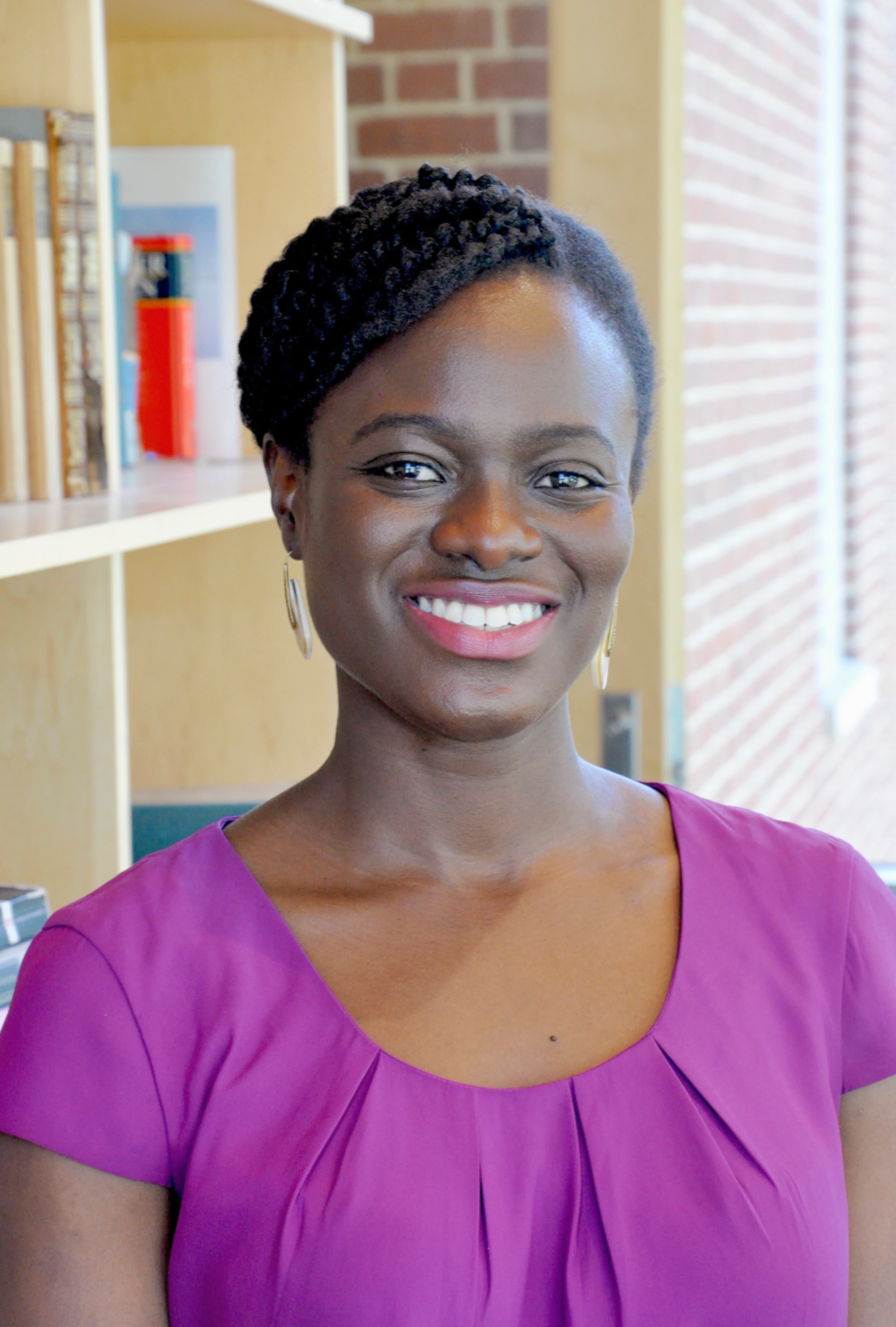 This is the third day of our roundtable on Neil Roberts‘s Freedom as Marronage. We began with an introduction by Jared Hardesty and remarks by James Martel. Today’s post by Annette Joseph-Gabriel places Roberts’s work in conversation with C.L.R. James’s classic The Black Jacobins. Joseph-Gabriel is an Assistant Professor of French and faculty affiliate in Africana Studies at the University of Arizona. Her areas of research specialization include contemporary Caribbean literatures, cultural movements of the African diaspora and the Enlightenment in the French Atlantic world. Her book project, Subverting Empire: Women’s Narratives of Anti-colonial Resistance in Francophone Literature and Politics examines the political and literary writings of women involved in mid-twentieth century anticolonial movements in Francophone Central Africa and the Antilles. Her work has appeared in Slavery & Abolition: A Journal of Slave and Post-Slave Studies, The French Review and Palimpsest: A Journal on Women, Gender and the Black International.

In hindsight, it had to happen. If not in the Caribbean, then it would have occurred elsewhere. But the circumstances were ripe. The polity: the “Pearl of the Antilles.” The territory: France’s wealthiest colony. The regime: slavocracy. The locale: maroon space. The act: bold. The scope: island-wide. The project: freedom. The reverberations: global (p. 89).

In the African diasporic imaginary, Haiti occupies a unique place as the first black republic in the New World, the place where “negritude stood up for the first time and said it believed in its humanity.” 1 This oft-cited image is used to evoke liberty and equality for all as the foundational tenets of the newly-independent republic. It also leads to many commentators’ puzzlement on the seeming disconnect between these tenets and the political structures in place, both in the founding moment and in contemporary Haitian politics. In his masterful history of the Haitian Revolution, The Black Jacobins, C.L.R. James identifies this disconnect playing out already in the revolutionary period. Even in that turbulent moment of the island’s transition from slave society to free, from the French colony Saint-Domingue to the independent republic of Haiti, there were competing models at work for what the end result of the revolution would be. Nowhere are those competing models more evident than in the role of Toussaint L’Ouverture.

Toussaint, as James describes him, was an astute leader who was initially in sync with his people and later lost their support through a series of miscalculations and an ultimate misreading of the fundamental motivations of the masses involved in the revolution. For James, this eventual disconnect is one of the great tragedies of the Haitian Revolution:

The hamartia, the tragic flaw, which we have constructed from Aristotle, was in Toussaint not a moral weakness. It was a specific error, a total miscalculation of the constituent events. Yet what is lost by the imaginative freedom and creative logic of great dramatists is to some degree atoned for by the historical actuality of his dilemma. It would therefore be a mistake to see him merely as a political figure in a remote West Indian island. 2

James casts Toussaint as a tragic hero on the world stage, whose demise is tragic precisely because it is inevitable. The result of this construction of Toussaint is a historical narrative that ultimately tells the story of the revolution from the top down, from the perspective of a singular hero with the masses playing a supporting role as “the chorus.” 3 It also renders the protagonist’s motivations in exceptional but also vague terms as “unattainable,” “the impossible” and “more than the bare freedom.” What exactly were the goals of Toussaint in the revolution? Of the ex-slaves who fought under his command? In what ways were these models of freedom different enough to lead to the impasse that led to dwindling support for Toussaint? 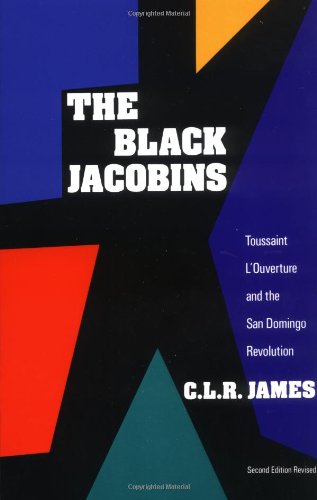 These are some of the questions that make Neil Roberts’s book Freedom as Marronage so timely and important. The book does many things. Broadly speaking, it takes to heart James’ admonition against reading Toussaint solely in the context of Caribbean political history. In Freedom as Marronage Frederick Douglass emerges as more than simply an illustration of Hegel’s master/slave dialectic. Roberts weaves together the voices of key afro-diasporic intellectuals from Angela Davis and Aimé Césaire to Edwidge Danticat and Frantz Fanon, in order to articulate a theory of freedom that is undergirded by the writings and experiences of enslaved peoples. Roberts’ work has informed much of my own, because of its innovative and lucid definition of freedom, not through marronage but rather as marronage. Individuals, groups and states struggle against and resist slavery and imperialism by moving themselves (physically and/or psychologically) beyond the reaches of these oppressive structures. Flight, mobility, marronage, emerge in this work as the possibility of freedom, the means to freedom, and freedom itself.

Given the questions posed above, that have been simmering on my mind since my first encounter with The Black Jacobins, I want to focus here on one of Freedom as Marronage’s central contributions to the field (to multiple fields, in fact): the language to parse out different kinds of freedom and to understand how these models may be present in a single space, co-existing but also perhaps ultimately incompatible. Like James, Roberts hones in on the disconnect between Toussaint and other participants in the revolution: “Toussaint as synonymous with the revolution, however, is a gross over-simplification. Freedom in the Haitian Revolution has multiple valences, and Toussaint’s contributions were a critical part of a larger phenomenology” (p. 90). Unlike James, Roberts offers up two specifically delineated conceptual frames to understand these competing modes of freedom: sovereign marronage and sociogenic marronage.

Sovereign marronage is an entire society in flight. It is the refusal of slavery on a large scale by a group that looks to an individual—the lawgiver or the sovereign—for direction in attaining freedom. Sovereign marronage is the Haitian Revolution as told by C.L.R. James. It is Toussaint on stage, the benefactor looking down at the masses of ex-slaves, “running wild in a country torn by revolution and war, knowing only that they wanted to remain free, yet confused and deceived by all parties.”4 Roberts goes on to show the ways in which Toussaint’s Constitution, built on the foundations of cosmopolitan nationalism, reveals his ardent belief in sovereign marronage (p. 106). Ultimately, he argues, “the desire for sovereignty collapses the vision of the lawgiver into a form of dictatorship” (p. 111). Later rewritings of the Haitian Revolution will show this image of hapless masses to be inaccurate or at the very least incomplete. 5

Sociogenic marronage is not the top down approach to freedom of sovereign marronage. Rather, it is flight undertaken by those whom Fanon has described as “the wretched of the earth.” It is their movement out of the zone of nonbeing, itself a space that is both damning and generative of the desire to resist. Sociogenic marronage recognizes “naming, vèvè architectonics, liberation, reordering of the state of society, and constitutionalism” as acts of flight (p. 116). These acts are concretely manifested through vodou practices and the renaming of Saint-Domingue as Haiti to pay homage to the island’s Taino past. Through these acts, the silenced ex-slaves articulate their own visions of freedom through collective flight.

Hearkening back to James’ admonition to read Toussaint and the Haitian Revolution also beyond the bounds of Caribbean history, where do these definitions of marronage lead us today? Of the many contemporary applications of Freedom as Marronage, one important and pertinent avenue is the on-going debates on citizenship and sovereignty in France’s overseas departments including Martinique and Guadeloupe, and the United States’ overseas territories such as Puerto Rico. Toussaint’s cosmopolitan nationalism, his vision for a post-slave society that would nevertheless remain French, reverberates across the centuries and finds echoes in the anticolonial movements in the French Antilles that led to departmentalization. What would it mean to read departmentalization through the lens of sovereign marronage and what are the competing modes of freedom, as imagined by the populations of these non-sovereign states that fuel what Yarimar Bonilla describes as a feeling of “disenchantment with the modernist project of postcolonial sovereignty?” 6 Perhaps understanding freedom as constantly in motion, brings us steps closer to bridging different historical moments and spaces to develop a more nuanced view of freedom in the Caribbean and beyond.