loading...
By Greg Childs June 16, 2016 Comments Off on Marronage and Normativity 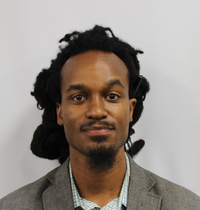 This is the fourth day of our roundtable on Neil Roberts’s Freedom as Marronage. We began with an introduction by Jared Hardesty, followed by remarks from James Martel and Annette Joseph-Gabriel. Today, AAIHS blogger Gregory Childs will be exploring Roberts’s theories by comparing them with more historical understandings of marronage. Childs is an Assistant Professor in the Department of History at Brandeis University. He completed his Ph.D. at New York University in 2012, where he specialized in the history of the African Diaspora in Latin America and the Caribbean. He is particularly interested in the formation of black political life and knowledge productions by people of African descent in the Americas and the Atlantic World and is currently completing a book entitled, Seditious Spaces, Public Politics: The Tailor’s Conspiracy of Bahia, Brazil and the Politics of Freedom in the Revolutionary Atlantic.

In Freedom as Marronage, Neil Roberts urges us to confront the problem of theorizing freedom from the vantage point of the enslaved. As Roberts sees it, there have been two approaches to studying the relationship of freedom to slavery in Western political thought. The first of these approaches that Roberts outlines, the “negative” theory, defines freedom largely as non-domination and finds expression in thinkers such as Isaiah Berlin and Philip Pettit. Here, freedom is running from both arbitrary and non-arbitrary domination. The second of these approaches, the “positive” theory of freedom, is exemplified in the work of Hannah Arendt, and defines freedom as moving towards political action and founding civil institutions. Both styles of defining the relationship between slavery and freedom suffer from two impasses according to Roberts: they disavow the agency of enslaved persons as central to working out theories of freedom, and following this they remain locked in unidirectional trajectories, as if moving away from slavery or moving towards freedom could happen independently of one another. To rectify this, Roberts centers slave agency as the site where we can more thoroughly see “freedom as a process of flight bridging the negative and positive polarities” (p. 13).

Roberts initiates this task with the writings of Frederick Douglass, and in particular he pays special attention to what Douglass calls “comparative freedom.” The key to this concept rests in Douglass’ understanding of the difference between fact and form. After his well-known fight with the slave breaker Edward Covey, Douglass writes that he was a “Freeman in fact” but remained a “slave in form.” Thus a form is a “condition one occupies under articles of law and jurisprudence,” while a fact “do you notice the psychological disposition of the agent” for Douglass (p. 76). From this, Roberts outlines a four model relationships between slavery and freedom that relate to form and fact: One can be a slave in fact and slave in form (model 1); free in fact and slave in form (model 2); slave in fact and free in form (model 3); or free in fact and free in form (model 4). It is thus through Douglass’ own words, and theoretical insights that we see the importance of Roberts argument for freedom as a condition and as being in an always unsteady and always moving relationship to slavery.

The central axis of the book, however undoubtedly rests on Roberts investigation of the Haitian Revolution as a site where freedom as marronage was robustly practiced. In addition to the conventional historical division between petite marronage (short term acts of running away) and grand marronage (long term fugitivity), Roberts proposes that we contemplate Haiti as a site of sovereign marronage and as a site of sociogenic marronage. Soveriegn marronage is a flight from unfreedom and towards sovereignty- “its a goal is emancipation, its scope is social- structural, it specialization is polity-wide, its metaphysics includes the individual and community and its medium is the lawgiver” (p. 103). Toussaint Louverture, the first undisputed leader of the Haitian Revolution best exemplifies this vision. Yet for Roberts sovereignty places labor and legal demands on citizens that solidify the freedom of the supreme lawgiver at their own expense. In short, the sovereign exception of the lawgiver cannot found freedom for the people. Thus Roberts moves to a consideration of Haitian masses and how they conceptualized a flight from both slavery and sovereignty and towards social regeneration outside the dictates of a state (p. 117). This is sociogenic marronage. It appears irreducible to sovereignty and incompatible with petite marronage—which concedes a return to slavery- or grand marronage- which often must rely on negotiations with the state to preserve freedom for some and slavery for all others.

Thus multiple manifestations of flight informs the structural basis for theorizing freedom in a “normative” way for Roberts (pp. 4, 5, 13). By normative, I assume Roberts means how freedom as a concept should and ought to be valued and lived by all. The concept of freedom in the normative sense, then, is not about just the enslaved but about free humanity in general, only here we approach and refashion the normative through the agency of the enslaved. It is thus with Roberts’ interest in arguing for marronage as a normative concept where questions can be posed.

For example, if we are engaged in making marronage part of normative discussions about freedom in the modern world, then we have to confront the possibility that sociogenic marronage may be founded in relation to or after the establishment of sovereignty. If we take seriously the contention by Roberts that revolution are themselves moments in flight, does this mean that what becomes the sovereign French Republic was at one point in time sociogenic flight from the old regime? (p. 116) Let me be clear about what I am asking here: have we missed or overlooked how principles of marronage were operative in some of the classic, big revolutions that usher in modern nation-states?   And if so, might we see sociogenic marronage in Haiti as responding to and unfolding alongside not only the sovereign marronage of Toussaint Louverture, but also the sovereign marronage of the French empire? Can we conceptualize the relationship between sovereign marronage and sociogenic marronage in ways that are more dynamic than one simply surpassing and being irreducible to the other?

There is also the question of what becomes of petite and grand marronage once we begin to think about marronage as a fecund site for reconceptualizing normative discussions around freedom. Do petite and grand marronage—both of which were happening at the same time and prior to sovereign marronage of Toussaint—cease to be useful for normative discussions? Roberts is not entirely clear on how these things lineup and perhaps here what we need and could benefit from is a set of model relations between different manifestations of marronage similar to the model relations between slavery and freedom that Roberts gives us for understanding Frederick Douglass’ notion of comparative freedom.

The relations between different forms of marronage also force us to confront the question of what constitutes the meaning of “success.” Several times in the course of the book Roberts, like the lions share of us (myself included) tends to refer to the Haitian Revolution as the “only known successful slave revolution” (pp. 24, 91). Here one detects a normative usage of success in politics, undergirded by a historicist strain, where success is dictated by a win on the battlefield or the ballot box or in social relations that results in the taking of state power, in the carving out of a separate state that can defend its interest (military or otherwise) against non-allies, or in resistance to state power that takes place over a sustained period of time. To be clear, success is never explicitly stated or defined by Roberts in this way but it operates just so. And it is the unspoken reliance on success being hinged to remaining in power over time where we must ask about the importance of temporality to success?

Let us look for comparison at the case of the famed Brazilian quilombo of Palmares to better understand this question. Located in what is now the state of Alagoas in Northeast Brazil, Palmares was a runaway community that existed for roughly ninety years from around 1605-1695. In 1678, like maroons in Jamaica, the Portuguese offered a treaty to Palmares that guaranteed recognition of its liberty so long as Palmares would not agitate against slavery in the surrounding vicinity and return any runaways who came near Palmares. Thus at first look Palmares appears to offer us an important, but inadequate response to the problem of freedom because it succumbs to the logic of trying to guarantee freedom through recognition from the sovereign. Yet a closer look reveals that the treaty with the Portuguese only lasted for two years before the Portuguese violated the terms of the treaty and began trying to destroy Palmares once again. Thus eighty-eight of the ninety years of Palmares’ history exist outside of such an explicit reliance on sovereign recognition and top down guarantees of refuge. Indeed, many historians concur that part of what led to Zumba’s execution by his nephew Zumbi and other citizens of Palmares was a belief that he was dealing and negotiating with the Portuguese too much and against the wishes of the majority. Thus does Palmares constitute a successful model of sociogenic marronage? Or do two years experimenting with contract and contract theory invalidate or outshine a longer temporality of practicing life in the space between slavery and freedom that marked most of Palmares’ existence? Might we have something to learn about how how to theorize freedom from ostensible “failures” in marronage? Is it plausible that by interrogating a bit more the temporalities surrounding our perception of “failure” that we can move a closer to drawing out the map of relations between different forms of marronage and understand better how fluid movement between these states of being can be operated in given historical and epiphenomenal moments? 1

These are some of the questions that Roberts’s work opens up for us to consider further. There are certainly other questions that can be pursued as well (such as interrogating what it meant for Palmares to be called a republic in 1690—as it was—in an era where even western sovereignty remained under the banner of imperialism rather than nation states. Does marronage actually offer us one of the first attempts to flee from empire towards the formation of political life in ways that trouble our assumption of republicanism with nation-states?). However, I will stop here, and conclude by lauding Roberts courageous and strong exhortation for us to not only think about normative categories of politics from the position of the enslaved but to also think about how those enslaved individuals consciously theorized and gave lasting shape to those categories.