loading...
By Julie Hawks December 18, 2017 Comments Off on From Head Shops to Whole Foods: A New Book on Activist Entrepreneurs

This post is part of our blog series that announces the publication of selected new books in African American History and African Diaspora Studies. From Head Shops to Whole Foods: The Rise and Fall of Activist Entrepreneurs was recently published by Columbia University Press. 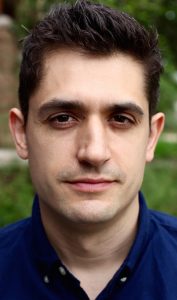 The author of From Head Shops to Whole Foods: The Rise and Fall of Activist Entrepreneurs is Joshua Clark Davis. Professor Davis teaches and researches broadly in twentieth-century United States history, with a focus on capitalism, social movements, urban history, and African American history. His book, From Head Shops to Whole Foods: The Rise and Fall of Activist Entrepreneurs (Columbia University Press, 2017) examines how small businesses such as natural foods stores, head shops, feminist businesses, and African American booksellers emerged out of social movements and countercultures in the 1960s and 1970s with the goal of advancing justice and equality in the marketplace. Professor Davis’ writing has appeared in the Washington Post, Slate, Jacobin, and Black Perspectives, and his research has been supported by fellowships from the National Endowment for the Humanities and the Fulbright Scholar Program. He is also a devoted public historian with a deep interest in working with communities beyond universities. He serves on the advisory board of the Baltimore Uprising 2015 Archive Project and as a research associate for the Library of Congress’s Radio Preservation Task Force. He also co-directs “Media and the Movement,” a NEH-funded oral history and radio digitization project on activists of the Civil Rights and Black Power era who worked in media. Follow him on Twitter @JoshClarkDavis. 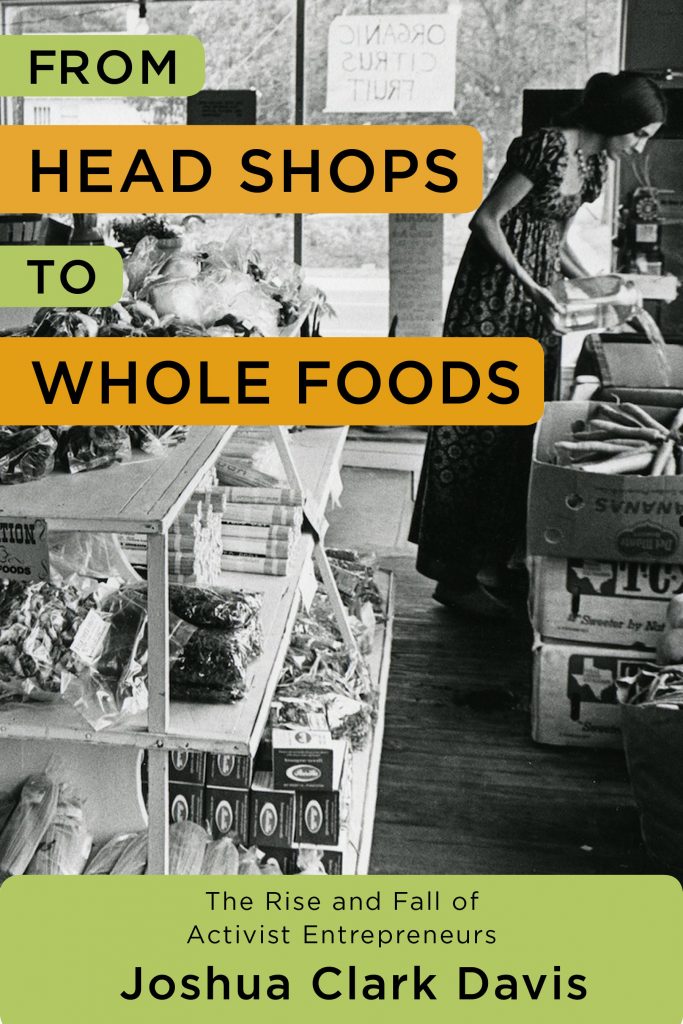 In the 1960s and ’70s, a diverse range of storefronts—including head shops, African American bookstores, feminist businesses, and organic grocers—brought the work of the New Left, Black Power, feminism, environmentalism, and other movements into the marketplace. Through shared ownership, limited growth, and democratic workplaces, these activist entrepreneurs offered alternatives to conventional profit-driven corporate business models. By the middle of the 1970s, thousands of these enterprises operated across the United States—but only a handful survive today. Some, such as Whole Foods Market, have abandoned their quest for collective political change in favor of maximizing profits.

Vividly portraying the struggles, successes, and sacrifices of these unlikely entrepreneurs, From Head Shops to Whole Foods writes a new history of social movements and capitalism by showing how activists embraced small businesses in a way few historians have considered. The book challenges the widespread but mistaken idea that activism and political dissent are inherently antithetical to participation in the marketplace. Joshua Clark Davis uncovers the historical roots of contemporary interest in ethical consumption, social enterprise, buying local, and mission-driven business, while also showing how today’s companies have adopted the language—but not often the mission—of liberation and social change.

Davis has rewritten the sixties. His compelling account reveals how sixties radicals and rebels fought to co-opt capitalism to create a more just, diverse, and free marketplace. They lost more battles than they won, but their victories continue to shape our world. –David Farber, University of Kansas, author of The Age of Great Dreams

Julie Hawks:  Books have creation stories. Please share with us the creation story of your book—those experiences, those factors, those revelations that caused you to research this specific area and produce this unique book.

Joshua Clark Davis: From Head Shops to Whole Foods had its origins in several different experiences of mine, some of them professional and others personal. I was in my second semester in grad school in spring 2004 when I first read Lizabeth Cohen’s A Consumer’s Republic, which had just recently been published. That book offered me an exciting model of a historic work that investigated consumption and business for explaining cultural and political change, and it made me want to write my own study of the politics of capitalism. Around the same time, I latched onto the idea of doing a project on the 1970s. At that point, Bruce Shulman’s book was one of the very few published on the decade. I had long been enamored with the music, film, and popular culture of the ‘70s, but I discovered that historians had left that decade almost completely untouched. That has changed with an outpouring of works published decade-and-a-half since Schulman’s work, but in the mid-2000s the 1970s still felt like uncharted territory for historians.

I soon realized I wanted to write a dissertation that explored consumer culture of the 1970s as an arena in which social movements of 1960s—especially Black Power, feminism, and the counterculture—made a tremendous impact on American society largely overlooked by historians. What began as a project on how movements indirectly inspired new markets became a project focused squarely on activists who started their own businesses.

Finally, long after starting this project, I had a major realization. A number of small businesses I patronized as a teenager and young adult had planted in my head the seeds of my future book topic. My experiences at Black-owned businesses were especially formative. As a teenager in Decatur, Georgia, outside Atlanta, I regularly visited a Black-owned record store, Vibes Music and More, operated by Jae “Majiq” Warren. This was the first business I ever patronized where the owner treated me as an adult, and it was my first exposure to the rich tradition of African-American entrepreneurship. I also made my way to glorified head shops such as Junkman’s Daughter in Little Five Points, and I discovered vendors selling Afrocentric goods and black nationalist books in flea markets in downtown Atlanta. Years later, as I began my graduate studies in history, I found myself wondering where these businesses came from and what their histories were. My visits to those businesses, it would seem, was my original inspiration for this work.