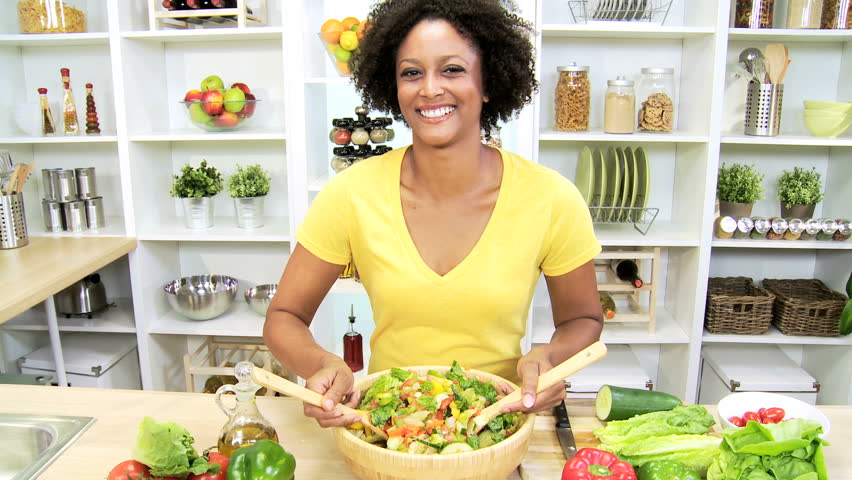 Vegetarianism is more visible and widespread today in the United States than it has ever been. But the popular image of vegetarians, and especially vegans, remains that of affluent white people. Writing in The Huffington Post last year, the African American vegan advocate Nzinga Young could not have been more blunt: “Here’s Why Black People Don’t Go Vegan.” Among the reasons Young offered were African Americans’ documented higher meat consumption, the fatigue of being confronted with systematic racism, and the limited plant-based eating options in Black communities. As Odochi Ibe similarly asserted for Quartz, “it’s not easy being young, vegan, and Black,” recounting how she originally thought going vegan was “only for weird white people.”

Indeed, this is nothing new. White people have long dominated vegetarian culture, as seen in its cookbooks, magazines, and the marketplace for organic and “natural” foods. White vegetarians have historically taken little notice of African American vegetarians and had little contact with them. I found this pattern extended at least as far back as the 1960s and 1970s in researching for my book, From Head Shops to Whole Foods: The Rise and Fall of Activist Entrepreneurs. White organic food enthusiasts such as the publisher J. I. Rodale helped popularize vegetarian diets in the 1950s and early 1960s, but it was really the predominantly white counterculture of the latter part of the ‘60s that brought natural foods to mainstream consumers’ and media’s attention. Natural foods’ appeal was strongest among young, educated, and affluent white Baby Boomers in these years. Most natural foods stores were run by whites and served mostly white customers. Natural foods publications like the macrobiotic East West Journal rarely featured African-Americans, except to criticize them for their so-called “soul food” diets, as seen in a cringe-worthy 1972 editorial “Chit’lins Won’t Feed the Black Revolution.” 1

Yet some African Americans did embrace organic foods and meatless diets. On Chicago’s Southside, the influential black doctor Alvenia Fulton promoted natural foods and vegetarianism through her naturopathic medical practice. Fulton’s most famous patient was the late comedian and civil rights activist Dick Gregory, who published a popular book on natural foods and vegetarianism co-edited by Fulton, Dick Gregory’s Natural Diet for Folks Who Eat: Cookin’ with Mother Nature (1974).

Many Black natural foods advocates were involved in the Black nationalist and Black Power movements. Nation of Islam leader Elijah Muhammad encouraged his followers to eat fruit, vegetables, and whole-wheat bread and urged them to minimize their meat intake and to avoid foods made with chemical fertilizers, preservatives, and pesticides. In 1967, Muhammad published his dietary beliefs in How to Eat to Live, a primer on “pure food.” Members of the Nation of Islam opened grocery stores in several cities based on these teachings. A number of other Black nationalists endorsed natural foods and vegetarianism as tools for Black liberation. Prominent examples include the Brooklyn Black nationalist organization the East, which operated a natural foods co-op from 1970 to 1992 originally called Kununuana, later The East Co-Op Food Store and eventually Uhuru Food Cooperative. 2

In New Orleans, Kalamu ya Salaam’s nationalist Ahidiana Work/Study Center published a vegetarian and natural foods how-to book in 1973, A Food Guide for Afrikan People. The Chicago poet, publisher, and bookseller Don Lee (later Haki Madhubuti) lamented in the slim volume’s introduction that most African Americans “eat anything as long as it has been sanctioned by ABC, CBS, and NBC or some Black entertainer with a crown on his head.” Two years later, in 1975, Madhubuti’s Institute of Positive Education published Johari M. Kunjufu’s Commonsense Approach to Eating: The Need to Become Vegetarian. “Our survival as Afrikan people demands work,” Kunjufu argued, and “the fullest potential energy and brain power…will only come from a state of health” based on an organic and vegetarian diet. By eating natural foods, Black Power activists argued, Black people could reduce their dependence on the white-controlled industrial agricultural system and the consumer culture that promoted it.

By the start of the twenty-first century, vegetarianism and organic foods had achieved more visibility and recognition in American culture than ever before. But mainstream vegetarian culture continued to be overwhelmingly white and showed little awareness or regard for Black vegetarians. In the last fifteen years, however, African Americans have dramatically expanded their foothold in the organic foods and vegetarian marketplace. While restaurants offering meatless versions of soul food classics like Atlanta’s Soul Vegetarian are over twenty-five years old, many more “vegan soul” eateries have opened in the last decade. A wide array of vegetarian cookbooks for African Americans have hit the shelves in the last decade, including Sweet Potato Soul, Afro-Vegan, and the brilliantly titled By Any Greens Necessary.

Comments on “Vegetarianism and Organic Food in Black Communities”