loading...
By Julie Hawks October 7, 2017 Comments Off on Invisible No More: A New Book on Police Violence Against Women of Color

This post is part of our blog series that announces the publication of selected new books in African American History and African Diaspora Studies. Invisible No More: Police Violence Against Black Women and Women of Color was recently published by Beacon Press. 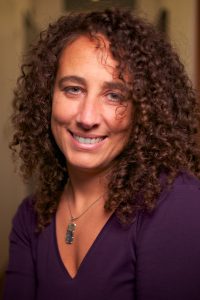 Andrea Ritchie is a Black lesbian immigrant and police misconduct attorney and organizer who has engaged in extensive research, writing, and advocacy around criminalization of women and lesbian, gay, bisexual and transgender (LGBT) people of color over the past two decades. She is a nationally recognized expert and sought after commentator on policing issues. Her writings have appeared in various outlets including the New York Times, The Root, and Colorlines. Ritchie is currently Researcher-in-Residence on Race, Gender, Sexuality and Criminalization at the Social Justice Institute of the Barnard Center for Research on Women. In 2014, she was awarded a Senior Soros Justice Fellowship to engage in documentation and advocacy around profiling and policing of women of color – trans and not trans, queer and not queer. She is the co-author of Say Her Name: Resisting Police Brutality Against Black Women(African American Policy Forum July 2015); A Roadmap for Change: Federal Policy Recommendations for Addressing the Criminalization of LGBT People and People Living with HIV (Center for Gender and Sexuality Law at Columbia Law School 2014); Queer (In)Justice: The Criminalization of LGBT People in the United States (Beacon Press 2011); Stonewalled: Police Abuse and Misconduct Against Lesbian, Gay, Bisexual and Transgender People in the United States (Amnesty International 2005); and Surviving the Streets of New York: Experiences of LGBT Youth, YMSM and YWSW Engaged in Survival Sex (Urban Institute, 2015). In 2006, she published Law Enforcement Violence Against Women of Color, in The Color of Violence: The INCITE! anthology with South End Press. Follow her on Twitter @dreanyc123. 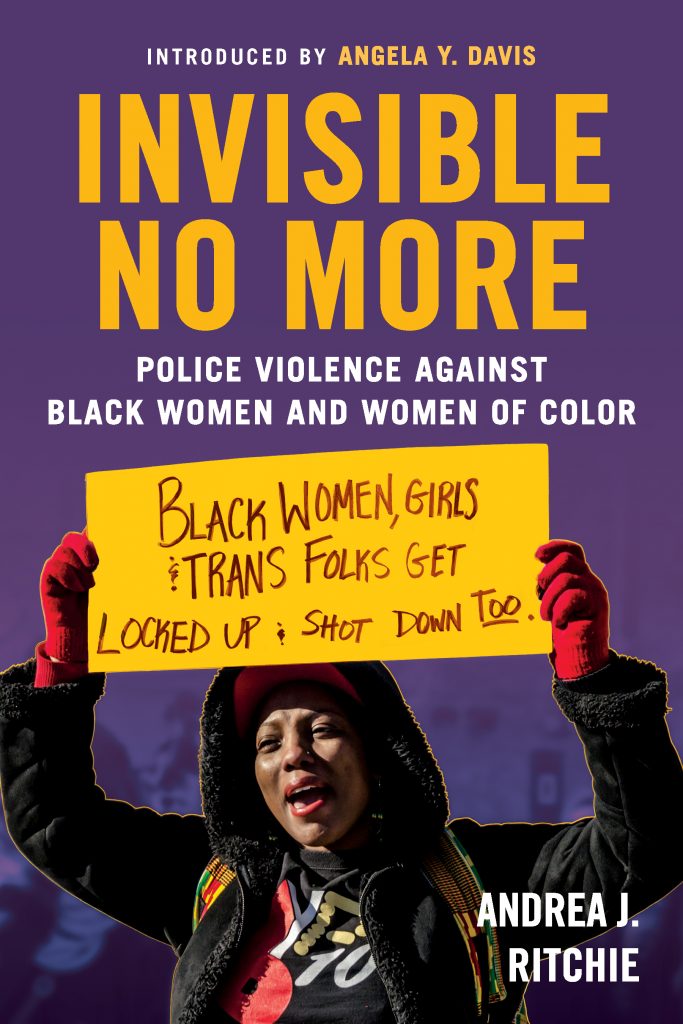 Invisible No More is a timely examination of how Black women, Indigenous women, and women of color experience racial profiling, police brutality, and immigration enforcement. Placing stories of individual women—such as Sandra Bland, Rekia Boyd, Dajerria Becton, Monica Jones, and Mya Hall—in the broader context of the twin epidemics of police violence and mass incarceration, it documents the evolution of movements centering women’s experiences of policing and demands a radical rethinking of our visions of safety—and the means we devote to achieving it.

Invisible No More deserves a standing ovation. It’s a passionate, incisive critique of the many ways in which women and girls of color are systematically erased or marginalized in discussions of police violence. The stories told here will haunt, inspire, and challenge you to reimagine justice by moving the experience of Black women and girls from the margins to the center.” —Michelle Alexander, author of The New Jim Crow

Julie Hawks: Tell us a little bit about how you produced this book. What were your source materials, intellectual approaches, and writing style?

Andrea Ritchie: The overall goal of the book is to illuminate the ways in which police violence against Black women has been central to the operation of white supremacy throughout U.S. history, and to expand the lens of current discourse around policing to incorporate this reality. Mobilizing Black feminist theory, it explores the ongoing operation of controlling narratives of Black women and women of color elaborated in the service of logics of colonialism and anti-Black racism in present day police interactions, and engages the question of how bringing these experiences to the center changes the conversation. Examining policing through the perspective of Black women’s experiences sheds light on the issue in new ways, and provides a more complete picture of how anti-Black racism is enacted and enforced on Black bodies and Black lives.

I drew from a variety of sources – narratives of enslaved people, the work of Black feminist historians, case law and legal scholarship, testimony in hearings on police brutality held by the NAACP, the U.S. Civil Rights Commission, and Amnesty International, official, scholarly and community-based research, media sources, and stories women have told me, as well as my own experience and legal practice. I have been collecting stories and research on police violence against Black women and women of color for two decades, so it was a question of sifting through them to extract patterns, themes and analysis. Taking up the issue from different angles — historically, in the context of present-day policing paradigms such as “stop and frisk” and “broken windows” policing, the “war on drugs” and the “war on terror,” and through the experiences of young women, mothers, survivors of violence — I examine the ways in which policing of gender and sexuality serves the larger project of enforcing racial relations of power.

The book interweaves a narrative of my own journey of discovery around these issues with individual cases and research placing them within broader contexts, and offers examples of resistance addressing Black women and police violence. While the book is suited to academic audiences, it was important to me to write in a way that is accessible to general audiences – I didn’t want to write a book about police violence against Black women and women of color that wasn’t accessible to the women I was writing about.