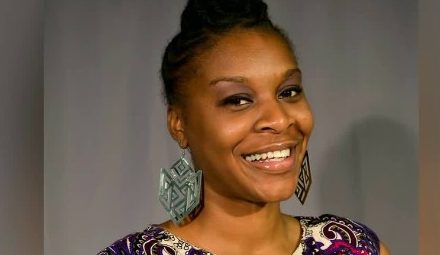 Sandra Bland died one year ago today, July 13, 2015. As we remember Bland’s death, we also commemorate her life.

In recognition of Bland’s life, and to continue pressure for justice, a number of folks spent the last several days staging a 64-hour sit in at Waller County Jail, which began on July 10, 2016, with an event at the site of and on the anniversary of Bland’s arrest just off the campus of Prairie View A & M. The sit in officially concludes later this morning as we pass the 64 hour mark—the same amount of time Bland was incarcerated at Waller County Jail. During both Sandra Bland memorial event and the sit in, writers and poets used art as a form of creative protest. Christian clergy enacted rituals such as Communion, and printed digital sermons at the site of Bland’s death, to invest the moment and the space with religious meaning. Mirroring Bland’s innovative use of technology in the service of justice, each night of the sit in activists broadcast “Sandy Speaks” videos on the wall of Waller County Jail, a beautifully subversive tactic where Sandy’s voice sonically re-visited and invaded the carceral environment in which she died. Her voice also punctuated the days of the sit in at Waller County Jail. The sit in at Waller County Jail extended a previous 80-day vigil, and various other protests, some of which I’ve written about previously on the blog here and here.

Since the anniversary of Bland’s death is a time of commemoration and remembrance, I decided to curate a digital exhibit of Sandra Bland art I found online. Not trained as an artist or art historian, I don’t claim my work in this post as curatorial in any professional sense; by “art” here I refer primarily to murals and portraiture.

As a way to #sayhername, and visually ask #WhatHappenedtoSandraBland?, I chose 12 images, one image for each month since her passing. Moreover, these images can also sustain the continued invocation of #SandraBland as the quest and struggle for justice continues.

In composing this post my thoughts turned to Sandy’s sibling Sharon Cooper, who in a January 2016 speech at Red Emma’s in Baltimore encouraged advocates to honor her sister’s work by being “intellectually vocal” about justice and freedom. Deploying the creativity of artists is I think one way to embrace Cooper’s admonition. I also once again reference the late Manning Marable’s ideas about “multidisciplinary methodology,” which includes the use of digital technology in the production of “living black history.”

As it pertains to visual imagery, I want to float additional thoughts about this post interrogatively: what intellectual work does the practice of sight and seeing do, as consumers of art, in the classroom, and other spaces? In what ways can art—in this case visual imagery and portraiture created at a particular historical moment—demonstrate what it means to be intellectually vocal, something to which Jessica Marie Johnson’s recent post powerfully attests?

In the interest of creating a conversational forum in the comments, which Sandra Bland images speak(s) to you and why? How do you envision using these images in your classroom, scholarship, and other insurgent spaces of learning and activity? Since my post is not exhaustive, you may also wish to leave in the comments links or references to other creative commemorations (e.g., images, music, poetry, etc.) of Sandra Bland. 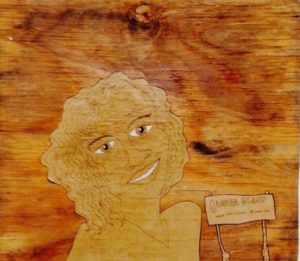 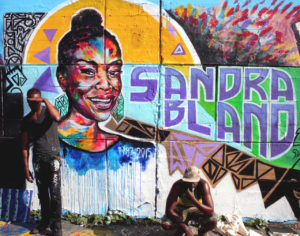 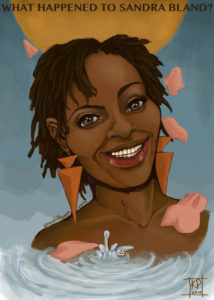 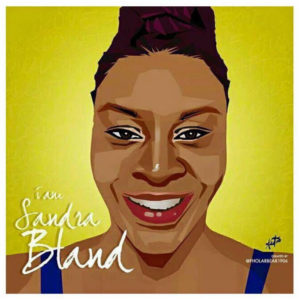 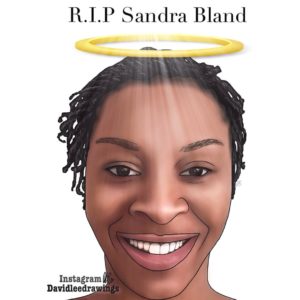 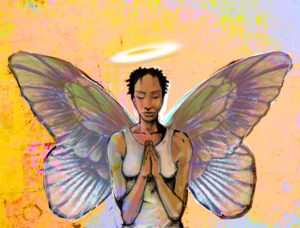 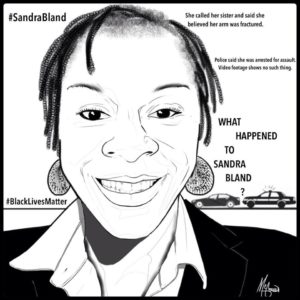 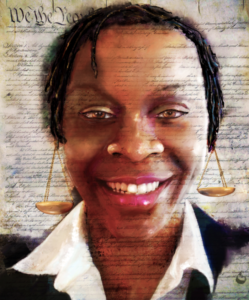 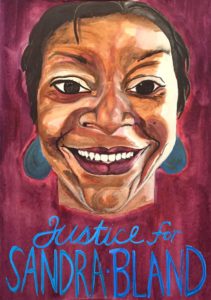 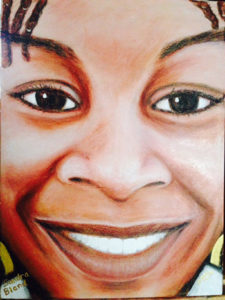 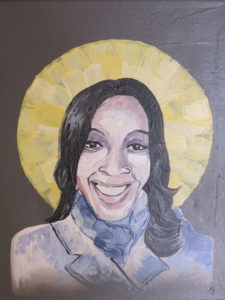 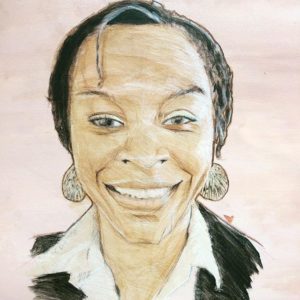