loading...
By Ibram X. Kendi December 4, 2017 Comments Off on Remaking Black Power: A New Book on Women and Black Power

This post is part of our blog series that announces the publication of selected new books in African American History and African Diaspora Studies. Remaking Black Power: How Black Women Transformed an Era was recently published by The University of North Carolina Press. 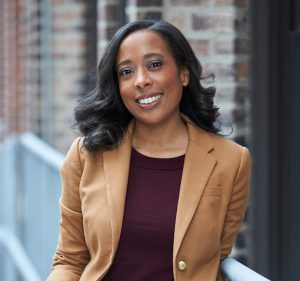 The author of Remaking Black Power is Ashley D. Farmer, a historian of Black women’s history, intellectual history, and radical politics. She is currently an Assistant Professor in the Department of History and the African American Studies Program at Boston University. Her book, Remaking Black Power: How Black Women Transformed an Era (UNC Press, 2017), is the first comprehensive study of Black women’s intellectual production and activism in the Black Power era. Dr. Farmer’s scholarship has appeared in numerous venues including The Black Scholar, The Black Diaspora Review, and The Journal of African American History.  She has also contributed to popular outlets like The Independent and the History Channel. The Center for American Political Studies at Harvard University, the Clayman Institute for Gender Research at Stanford University, the Wisconsin Historical Society, the Carrie Chapman Catt Center for Research on Women and Politics at Iowa State University, and the American Association of University Women (AAUW) have supported her research. She is also a leader of the African American Intellectual History Society (AAIHS) and a regular blogger for Black Perspectives. Dr. Farmer earned her BA from Spelman College, an MA in History and a PhD in African American Studies from Harvard University.  Follow her on Twitter @drashleyfarmer. 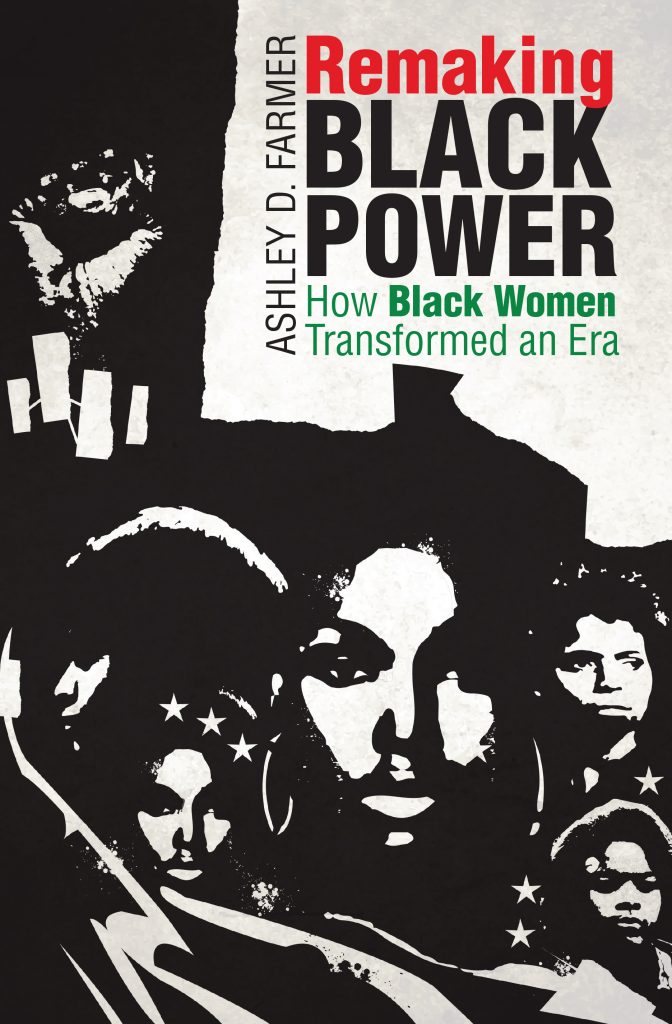 In this comprehensive history, Ashley D. Farmer examines Black women’s political, social, and cultural engagement with Black Power ideals and organizations. Complicating the assumption that sexism relegated Black women to the margins of the movement, Farmer demonstrates how female activists fought for more inclusive understandings of Black Power and social justice by developing new ideas about Black womanhood. This compelling book shows how the new tropes of womanhood that they created–the “Militant Black Domestic,” the “Revolutionary Black Woman,” and the “Third World Woman,” for instance–spurred debate among activists over the importance of women and gender to Black Power organizing, causing many of the era’s organizations and leaders to critique patriarchy and support gender equality.

Making use of a vast and untapped array of Black women’s artwork, political cartoons, manifestos, and political essays that they produced as members of groups such as the Black Panther Party and the Congress of African People, Farmer reveals how Black women activists reimagined Black womanhood, challenged sexism, and redefined the meaning of race, gender, and identity in American life.

This is one of the most sophisticated, nuanced, and analytically rigorous explorations of Black Power that I have had the pleasure to read. No other study on the subject is this substantively focused and theoretically sharp.”—Jeffrey O. G. Ogbar, University of Connecticut

Ibram X Kendi: Please share with us the creation story of your book—those experiences, those factors, those revelations that caused you to research this specific area and produce this unique book.

Ashley D. Farmer: Remaking Black Power began with the question about how to best understand Black women’s contributions to the Black Power movement. At the time I started writing it, we had a few histories of major Black women figures such as Angela Davis, Elaine Brown, and Kathleen Neal Cleaver. However, I longed for stories that resolved the tension of presenting the Black Power movement as patriarchal and the scholarly emphasis on a handful of Black women activists who defied sexism with the movement.

Preliminary research and interviews revealed a broad range of women who were attracted to, participated in, and viewed the Black Power era in myriad different ways. It also indicated that many Black women activists were engaged in rich intra-gender conversations about their commitment to Black Power ideologies and organizations and the emancipatory potential of these theories and groups.

My review of an array of untapped artwork, political cartoons, manifestos, essays, and articles that Black women activists produced prompted three distinct revelations. First, it illustrated the importance of centering Black women’s theories about Black Power, intra-movement politics, and Black liberation. Second, it showcased the need to rethink what “counts” as evidence of Black women’s engagement in the era’s ideas and organizing. Third, it indicated that many Black women activists were invested in imagining the path to Black liberation through gender-specific ideologies and activism.

Remaking Black Power tells the history of Black women and Black power with these three factors in mind. Rather than solely focusing on Black women’s responses to men, the book documents how Black women activists developed different, and, at times, competing models of Black womanhood to advance Black Power ideology and asserted the primacy of Black women to political organizing. The book shows how their gender-conscious intellectual and artistic production bent the ideological and organizational trajectory of the movement toward more radical, intersectional approaches to Black liberation. It also foregrounds their central role in political and cultural organizing.