More than ninety years after Zora Neale Hurston first met Cudjo Lewis, her manuscript Barracoon has finally been published. Hurston encountered Lewis—born Oluale Kossola and hereafter called by that name—as a lonely survivor of the Clotilda, the last slave ship to carry African captives into the United States. Hurston knew that Kossola spoke for millions made into “contraband flesh”  by the transatlantic slave trade. We have, Hurston tells us, “all these words from the seller, but not one word from the sold” (6). For this reason, Barracoon needs to be understood as much more than a tale of the last and the only survivor. Rather, Kossola’s memories of his shipmate community illuminate how displaced Africans worked to recreate a collective life in the wake of violent separation.

For Kossola and the other shipmates of the Clotilda, that community was Africatown, founded in Plateau, Alabama, just outside of Mobile, in the 1860s. Lacking the funds to charter a voyage home after the Civil War, Kossola and his shipmates labored and sacrificed to buy land collectively. Once the land was theirs, the shipmates organized a town that reflected their origins in Yoruba, Hausa, Nupe, and Fon speaking societies of West Africa. By the early twentieth century, only a few of the original Clotilda shipmates remained alive, but a fourth generation had been born to Africatown’s families. Today, Africatown is the site of several projects of public commemoration, boosted to greater visibility by the publication of Barracoon. 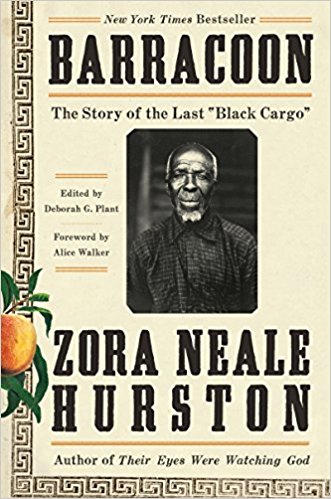 Few who have taken an interest in Africatown’s history, however, would know that a sister community of shipmate survivors also emerged during the same years in Liberia. My research on African men, women, and children intercepted on illegal slave ships in the same year of the Clotilda’s voyage illuminates forgotten connections to Kossola’s story. These two African settlements in exile highlight the importance of shipmate bonds to counter trauma and displacement. In addition, considering Africatown in relation to its Liberian sister settlement places Barracoon into a more complex diasporic context that Zora Neale Hurston herself embraced with research on African-descended people in Haiti, Jamaica, and Honduras, as well as the United States.

Transnational networks of human traffickers conspired to transport Kossola and thousands of his fellow captives from the port of Ouidah in 1860. Although the transatlantic slave trade was abolished across the Americas by then, U.S., Cuban, Spanish, and Portuguese money flowed into illegal ventures still profiting obscenely from thriving Cuban slave markets. Historian Sylviane Diouf details how, in the early months of 1860, raids by the Kingdom of Dahomey on Yoruba towns funneled captive men, women, and children to the slave pens of Ouidah, a Dahomean port city in the Bight of Benin. The violent attack seared itself into Kossola’s memory.  “My eyes dey stop cryin’,” he told Hurston as he recounted his capture, “but de tears runnee down inside me all de time” (47). After a brutal march to Ouidah, his captors imprisoned Kossola in a barracoon, or slave pen, to await sale to white traders. Other survivors of these same 1860 raids remembered the frightening confusion of the Ouidah barracoons where new captives representing multiple West African ethnic groups arrived day and night. As Ouidah merchants bargained with white slavers, family members who had managed to stay together were “ruthlessly” separated and sent to waiting ships.

In March and April of 1860, captives aboard the slave ships Clotilda and Bogota embarked from Ouidah bound for plantations in the United States and Cuba, respectively. Shut into the terrifying darkness of the Clotilda’s hold, the young Kossola listened to the ocean “growl lak de thousand beastes in de bush” (55). Leaving Ouidah just days behind the Clotilda, more than four hundred men, women and children aboard the Bogota began their own saltwater ordeal bound for the Cuban sugar fields.

As scholars like Rebecca Scott have noted, Black freedom was “paper thin” in the nineteenth-century Atlantic World. Contradictory laws in many nations protected domestic slavery but banned the international slave trade. The Clotilda smuggled its captives into Mobile Bay, where planter Timothy Meaher illegally sold them into a system of chattel slavery sanctioned by Alabama state law and upheld by the U.S. Constitution. Meanwhile, the Bogota and its captives were seized by a U.S. warship patrolling the Cuban coast.  A different set of U.S. federal statutes gave the Bogota shipmates a new legal status as “recaptured Africans,” now freed from slave traders but denied entry into the United States.  After being detained briefly in Key West, Florida, the U.S. government shipped the 383 survivors to Liberia, a country established by the American Colonization Society and colonized by African American emigrants. Those who did not survive their detention in Key West are commemorated today in the African Cemetery at Higgs Beach.

Relations between those who shared the unspeakable experiences of the barracoon and the Middle Passage remained both precious and fragile. Kossola recounted his arrival in Alabama: “We seventy days cross de water from de Affica soil, and now dey part us from one ‘other’” (56).  During their years in slavery, Kossola and his shipmates maintained connections to the best of their ability. After emancipation, they sought to institutionalize their cherished social bonds by establishing Africatown, founding the Old Landmark Baptist Church, and appointing one of their number as the town head. Kossola married and built a family with Abila (Seely), another Clotilda survivor.

The Bogota shipmates who landed in Sinoe County, Liberia faced a different sort of separation threat. Previous recaptive Africans had been settled as apprenticed laborers in Black American emigrant households. However, the “Dahomeans” (as they were referred to in Liberia) had been assured that they would be settled together near the town of Greenville.  When officials instead attempted to apprentice and separate them, they protested vigorously.  The conflict escalated to physical struggle that took the lives of several recaptives who were shot by the Liberian militia or drowned in their attempts to escape. Liberian President Stephen Benson twice visited Greenville to placate the anxious shipmates who now distrusted their Liberian hosts.

Though some of the Bogota shipmates were ultimately apprenticed, the majority resisted separation. They relocated as a group to a new settlement named Ashmun, situated about twelve miles outside of Greenville. Within a few years, this community of displaced Yoruba and other West African recaptives established economic and political ties with Black American emigrants. Known for the abundant produce they marketed in Greenville and for the disciplined units who drilled with the local militia company, both the women and the men of Ashmun painstakingly built a new life in Liberia, becoming part of its colonial social order.

What stories would Zora Neale Hurston have gathered had she been able to interview the residents of Ashmun decades after their transatlantic ordeal? How many, like Kossola, would speak of the families they lost and the new ties they forged to survive their sorrow? British writer Zadie Smith recently related  a conversation between photographer Deana Lawson and the artist and videographer Arthur Jafa. Jafa spoke with great eloquence of the sheer creativity and innovation required to make community in the face of unbearable loss: “A defining experience for Black people during slavery is the separating of folks from their children, from their partners, from their families. So, very quickly, Africans become a new kind of people, Black people. We create culture in free fall, but we also create kinship in free fall.”

Africatown and its sister settlement Ashmun stand as sites of Black community creation in the aftermath of enslavement. Because of their distinctive continuity as shipmate groups, survivors of the Clotilda and the Bogota were able to catch each other in free fall. Zora Neale Hurston and Oluale Kossola’s collaboration offers us singular insight into the crucial role that shipmates played for each other both in Alabama and in Liberia. Since they could not return home, in Kossola’s words, “we makee de Affica where dey fetch us” (68).

Sharla M. Fett is Professor of History at Occidental College in Los Angeles. She is the author of 'Working Cures: Healing, Health, and Power on Southern Slave Plantations' (UNC Press, 2002). Her most recent book, 'Recaptured Africans: Surviving Slave Ships, Detention, and Dislocation in the Final Years of the Slave Trade' (UNC Press, 2017), reconstructs the social world of "recaptives" and recounts the relationships they built to survive the holds of slave ships, American detention camps, and, ultimately, a second transatlantic voyage to Liberia. Follow her on Twitter @smfett.