loading...
By Evan Smith December 4, 2017 Comments Off on The Communist Party’s Role in the British Anti-Racist Movement

My new book British Communism and the Politics of Race uncovers the prominent anti-racist role that the Communist Party of Great Britain (CPGB) played in the post-war era. The history of the Communist Party’s role in the anti-racist movement in Britain is one of varying degrees of success and failure from the 1940s to the 1980s. As one of the initial political organisations to actively campaign against the racial discrimination faced by black people in Britain, it was at the forefront of the broad anti-racist movements of the 1950s and 1960s (borne out of the earlier anti-colonial and anti-imperial movements that the CPGB participated in). However by the 1970s and 1980s, the role of the Communist Party in the anti-racist movement was surpassed. On one hand, the CPGB was surpassed by black activists who had formed autonomous black-led organisations and on the other by the groups of the far left, such as the International Socialists/Socialist Workers Party and the International Marxist Group. Both alternatives proposed who proposed a more radical political agenda, including a more confrontational anti-racist/anti-fascist program. The Party was somewhat reinvigorated by a shift towards embracing the new social movements, which possibly promised a potentially more nuanced anti-racist strategy. But by the 1980s, the Party was on the verge of collapse and its ability to contribute to practical anti-racist activism was minimal.

In 1957, Claudia Jones, the West Indian-American communist who had been deported from the USA, wrote in an article for the CPGB’s weekly journal discussing West Indians in Britain: “Our Party is judged among colonial workers by its policy, but much more so by its deeds.”1

Since the 1920s, the Communist Party had campaigned against colonialism, the “colour bar” and racial discrimination (and racist violence) in the colonial sphere and in Britain. The Communist Party was one of the first organizations within the British labor movement to have an explicit anti-racist agenda, opposing the “colour bar” in the British Empire/Commonwealth then opposing it in the domestic sphere, as the number of Commonwealth migrants rose in the 1940s and 1950s.

My argument is that CPGB was constantly in a balancing act between looking to the trade unions and other labor organizations to spearhead the anti-racist movement, making white workers aware of the fight against racism, and working more closely with the black communities at the grassroots level, where there increasing skepticism over the eagerness of the trade unions to combat racism.

The Party’s post-war program The British Road to Socialism saw the trade unions as key to any influence upon the Labour Party and central to the CPGB’s agenda, including in the fight against racism. While the Party was attracting a number of black workers, activists and students from across the Commonwealth in the 1950s, its literature focused on attempts to convince trade unionists to welcome these fellow workers and campaign against “colour bars” in the labor movement and the workplace. Although the trade unions supported campaigns, such as Fenner Brockway’s Movement for Colonial Freedom, at bloc level, getting individual trade unionists to take part in anti-racist activities was a much more difficult task. Until the mid-1970s, trade unionists favored a “color blind” approach that promoted no “special treatment’”for people based on ethnicity or nationality, but then offered little assistance to those who needed help in overcoming racial discrimination in the workplace. 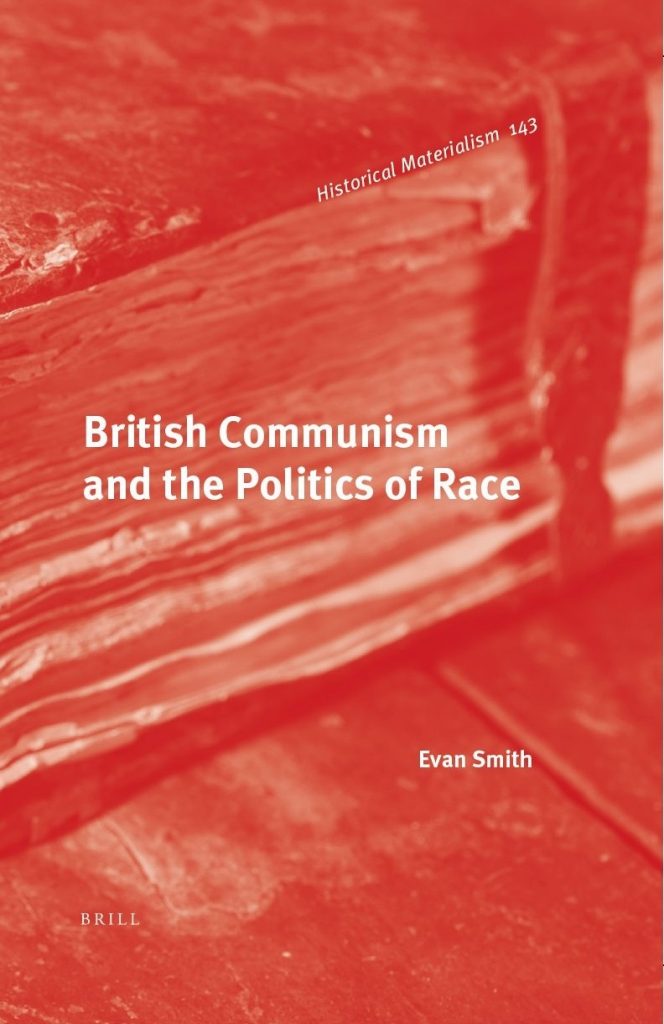 The elections of Labour in 1964 and 1966 highlighted the differences between the labour movement and the needs of Britain’s black communities, and the problem that the Communist Party had in attempting to win the ‘mass party’ towards a Labour-Communist alliance and maintaining a credible anti-racist program. A major part of the Communist Party’s anti-racist agenda throughout the 1960s and 1970s was to campaign for Labour to repeal its commitment to racist immigration control measures and to place further powers in the Race Relations legislation, but the two terms of Harold Wilson’s Labour government showed that these were difficult demands to implement. While opposing immigration controls in opposition, once in power Labour kept the controls in place and introduced more restrictive controls. The first anti-discrimination laws were introduced in 1965 and 1968 by the Wilson government, but were limited in their power and coincided with further immigration control legislation.

It was absolutely necessary for the Communist Party to oppose these racist actions by the Labour Party, just as much as it opposed those perpetrated by the Tories, but this was juxtaposed with the CPGB’s support for Labour in many other areas, especially in the electoral sphere. This inconsistency convinced a number of black activists and workers that it was better to join the black community or single issue organizations, rather than be a minority in the primarily ‘white’ labor organisations. This deviated from the strategy put forward by the CPGB, who were wary that these black community organisations would feed into the Black Power movement and turn black workers away from the importance of the class struggle.2

Even in the 1970s, as the trade unions became more aware of the issues of racism faced by black workers and new networks of solidarity were formed between the labor movement and the black communities, there were still tensions over the direction of political activity in these areas. In his book, Satnam Virdee describes the Grunwick strike from 1976 to 1978 and the success of the Anti-Nazi League between 1977 and 1981 as important steps for the British labor movement in overcoming the bifurcation of the working class that had existed in the 1960s and early 1970s. But these new bonds between black and white workers raised questions over political strategy and the aims of the various people involved in these actions. However by this time, the CPGB’s influence within the anti-racist movement had diminished. Other black activist and far left groups, such as the Asian Youth Movements (AYMs) and the Race Today Collective on one hand and the International Marxist Group and the Socialist Workers Party on the other, had emerged who were more radical, confrontational and less beholden to the trade unions and the Labour Party. The middle ground that the Communist Party was holding onto was growing ever smaller.

There were certainly limitations to the Communist Party’s approach, particularly as they focused heavily upon the trade unions as a force for change within the anti-racist movement, while it seems that the trade unions lagged behind other sections of the movement to wholeheartedly put their weight behind the issue. Since the late 1960s, other left-wing and black activist organisations were able to surpass the position put forward by the CPGB, but their reach beyond the anti-racist movement, the far left and Britain’s substantial black communities was limited, while the CPGB had the potential to reach into the more centrist labor movement. The Morning Star, as a widely read daily newspaper among many trade unionists, covered anti-racist issues of a regular basis, forming a significant action on behalf of the Communist Party’s anti-racist program. The fact that the Communist Party had its feet in both the trade union movement, but also inside radical left milieu and other progressive movements meant that in some ways it was in advantageous position, potentially reaching a broad audience for its program. But it also meant that the CPGB’s message often fell through the cracks—too radical for some, not radical enough for others—and its actions were diluted by this, with its activists being subsumed into larger social movements and organisations (and in the process losing any identity as a CPGB member). This was the case for the Party’s cohort of dedicated anti-racist activists.

Without understanding the role that the CPGB played in the formation of the modern anti-racist movement in Britain, we cannot understand how the anti-racist movement has developed in the decades since then. The Communist Party was a pioneering force in the anti-colonialist and anti-racist movements from its birth in the 1920s until its slow demise in the 1980s, but it was also a “prisoner” of this time and although sections of the Party promoted reform, it was unable to survive the seismic domestic and international political shifts of the 1980s and early 1990s and was thus was transcended by a new wave of anti-racist, radical and black activist groups.

With the dissolution of the Communist Party in 1991, its previous role in the anti-racist movement was partially occupied by the Socialist Workers Party on the left (which reformed the Anti-Nazi League in 1992) and by other broad-based anti-racist organizations, such as the Campaign Against Racism and Fascism. Others often usurped its legacy of anti-racism and anti-fascism, particularly those who sought to describe themselves as the inheritors of the CPGB’s militant anti-fascism of the 1930s. However the prominent role it played promoting anti-racism between the late 1940s and the early 1970s has been overlooked by many. I hope that my book readdresses this and places the Communist Party within the history of ‘race relations’ and anti-racism in post-war Britain.

Evan Smith is a Visiting Adjunct Fellow in the College of Humanities, Arts and Social Sciences at Flinders University, South Australia. He has written widely on the British and Australian left, anti-racism, immigration control and youth culture. He is the author of British Communism and the Politics of Race (Brill, 2017). Follow him on Twitter @Hatfulofhistory.